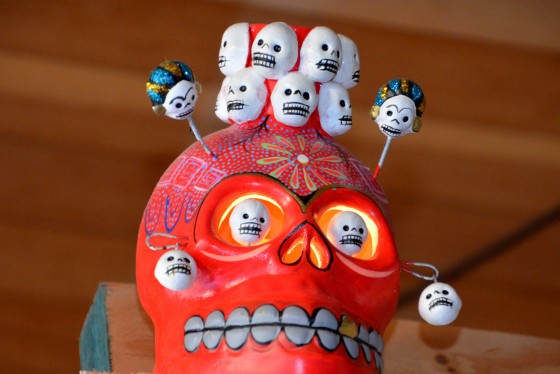 “Mama, did you know that in some countries people eat real bugs!?” I did indeed know that, my darling! “Coooool. Can we eat some this weekend?”

Um, Be careful what you wish for, Raffles… mama loves a dare.

Eating insects may be the done thing in Central and South America, South Africa and South East Asia where, incidentally, I once enjoyed a bag of deep-fried cockroaches – and by enjoyed, I mean I ate one so I could say I’d tried them and chucked the rest because dude, they were cockroaches!!!!   But in Australia insects are more likely to meet their maker via a can of Mortein than through the digestive desires of a curious boy. In fact, most people I speak to are revolted by the thought of eating insects… something I find a touch ironic given that those very same people are likely to slather their toast with honey which, if you think about it, is just glorified bee vomit.

A recent BBC article suggests that insects, in all their low-fat, high protein, iron and calcium packed glory, could even be a potential solution to some of the world’s food issues as insect protein is cheap to produce, energy-efficient and therefore kinder to the environment than many of our current sources of protein!

But back to the issue at hand… where the hell am I going to find edible insects in Sydney?

Enter El Topo Bondi, a newish Mexican nosherie, perched atop Bondi’s Eastern Hotel. And the one place in Sydney with a menu that boasts Chapulines (roast crickets with chilli, garlic and lime)! But more on those little guys in a minute… 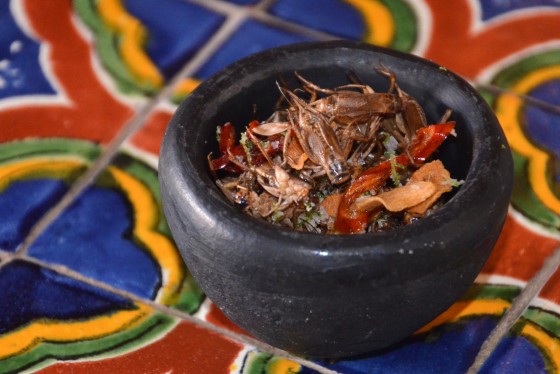 When we first enter El Topo we go into momentary shock at the crazy cool decor. 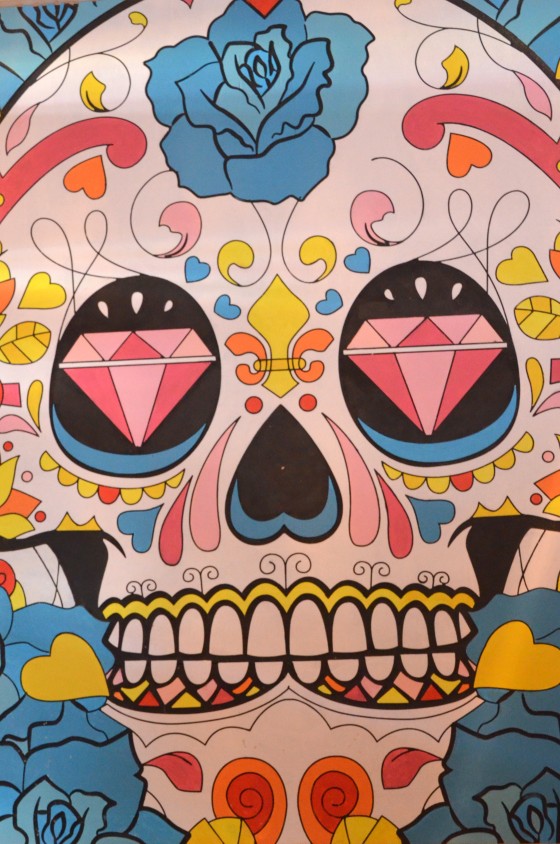 Our waiter, the awesome Herman, escorts us to our table and our eyes dart about wildly as we take in the Día de los Muertos (Day of the Dead) inspired, skull studded interior! 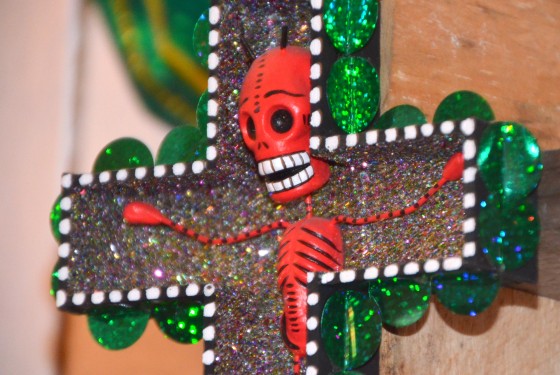 Ay, caramba! It’s such a riot of colour that it looks like a demonic rainbow vomited on it.  And I mean that in a good way. 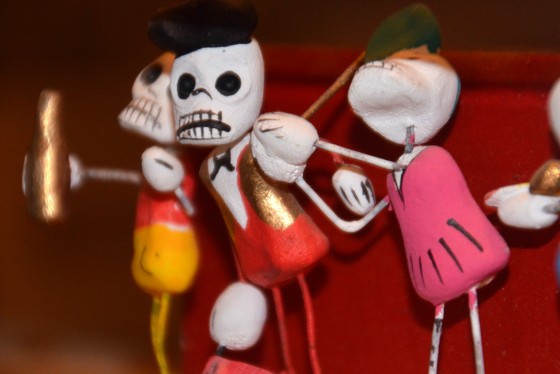 There are quirky skeletons, deadly dioramas, hundreds of ornamental skulls and
quirky wall art dotted around the restaurant’s many nooks and crannies. 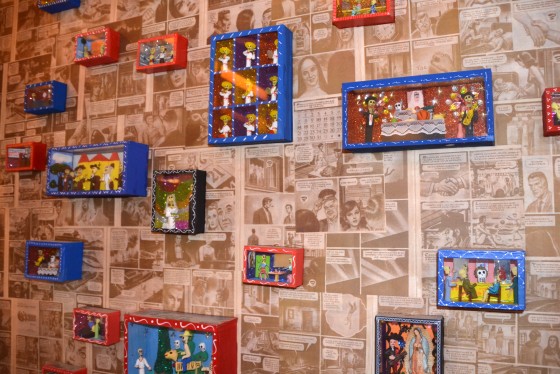 All watched over carefully by a statue of the Virgin Mary, who you’ll find at the bar patiently waiting for a Mescal. 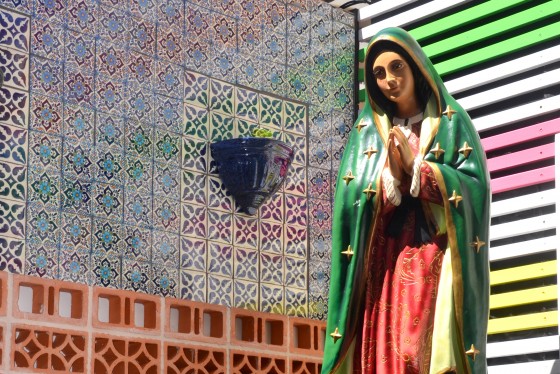 The effect off all this deadly decor is festive rather than morbid, in keeping with Mexican tradition. And my niños locos LOVE it! 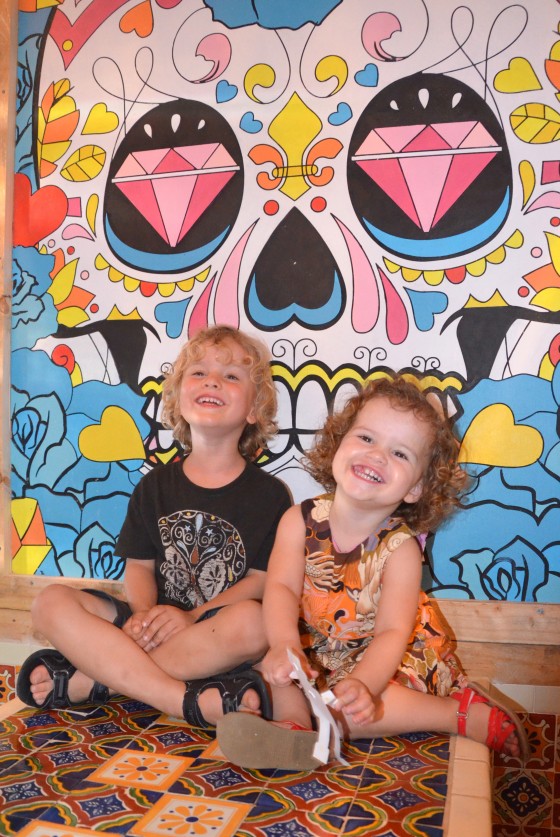 But back to those bugs, Raffles… are you really game? I expect the reality of a plate of dead insects will see him balk… but both my brave bebes give the crunchy crickets a go! 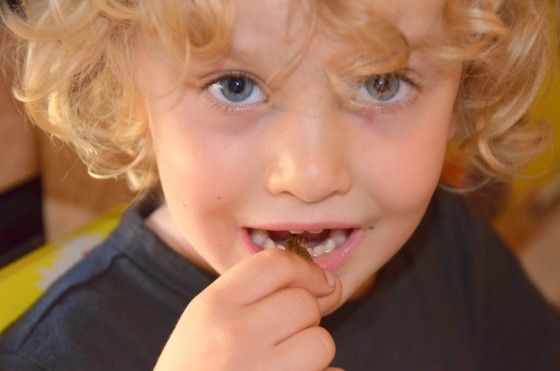 In fact, Raffles scoffs several of the crispy critters before he decides that no, they are not for him after all. 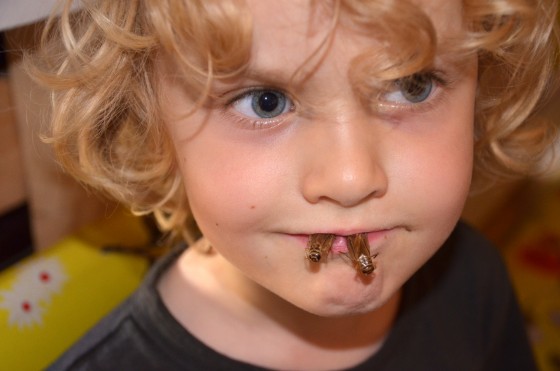 While we like them, and he says the flavour is OK, I think he finds them a bit dry without the benefit of a nice Mexican beer to wash them down… and at five, he’s probably not going to have much luck scoring a fake ID to show the bar guy.

The rest of the meal fares better with our four-foot food critic. Taking its inspiration from the Oaxaca region of South Western Mexico, the menu is a revelation. There’s not a crappy faux Mexican cheese-laden, refried-bean filled burrito in sight! 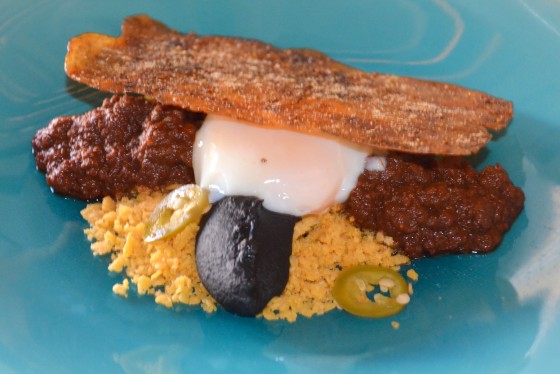 Sugarpuff inhales a bowl of tasty fresh-baked Totopos (Tortilla Chips) and Guacamole while the rest of us take on a platter of Queso Y Flor De Calabanza (zucchini flower and quinoa quesadillas). 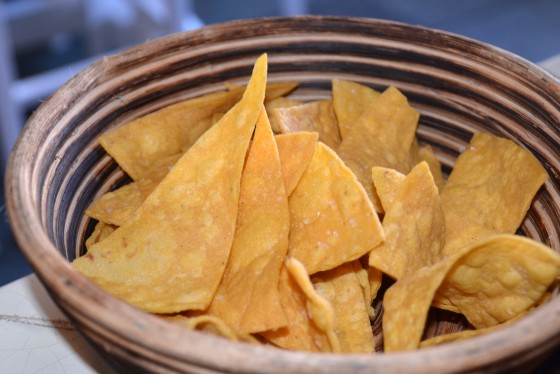 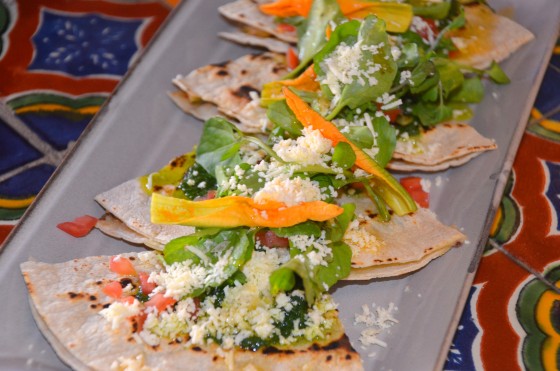 She joins us in devouring Taco de Pollo, (fantastic soft shell tacos filled with juicy chicken thigh, oregano, mayo and watercress) which have us at “Hola!” 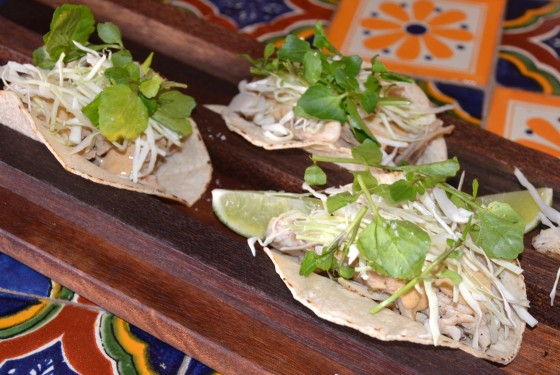 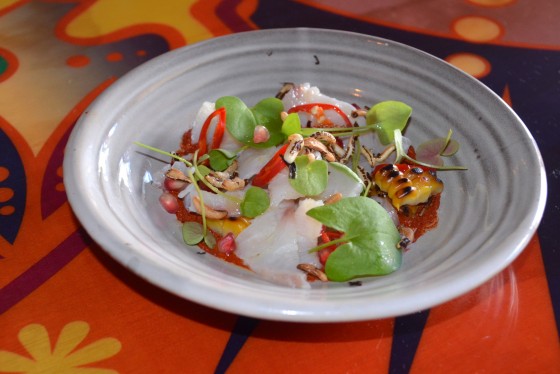 Like his seafood lovin’ mama, Raffles has a weird affection for raw fish and will happily devour any kind of ceviche you’d like to send his way… generally accompanied by the shock and awe of restaurant staff unused to the sight of a tiny gringo scoffing hotly spiced raw fish.

We’re about to burst but the lure of Las Nieves (home-made ‘Paddlepops’) for the kids and Buñuelos con Chocolate (Mexican Donuts dripping with chocolate sauce) can’t be resisted and somehow we shoe-horn them in. 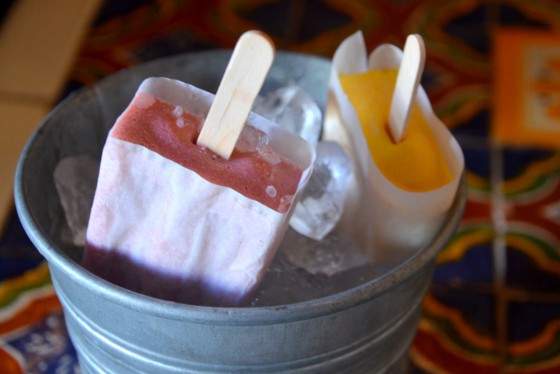 We’re spent, and my nutty niños are both happy converts to Mexican cuisine, if not to bug-munching.

Asking Raffles what he enjoyed most about our adventure in Mexican cuisine he answers emphatically, “Herman! Oh, and the ceviche!” before adding with giggling glee, “But mama, the crickets bugged me!” 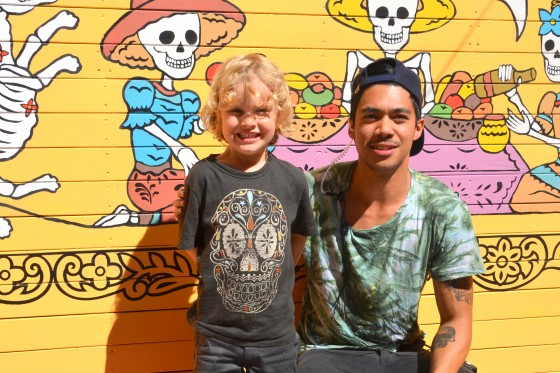 30 Comments on Bugging out with my niños locos // El Topo