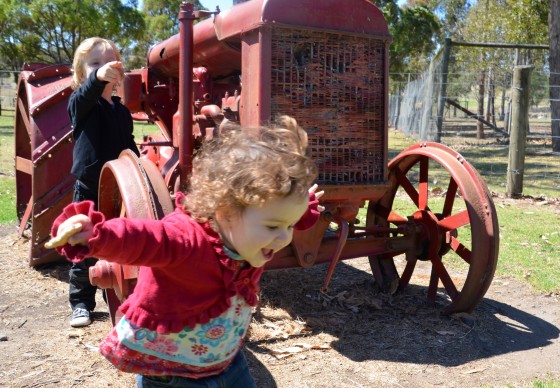 There are plenty of city kids who have never ridden a horse or collected eggs straight from the hen-house, and even fewer who have actually milked a cow. But Mr Eats World grew up in rural England and has expressed a desire for his children to experience some of the simple joys of country life that he did.

Despite my all urban upbringing, I’m also keen for Raffles and Sugarpuff to learn that milk doesn’t grow in plastic bottles so we try, as often as practical, to head off for a few fun days of mucking in on a farm.

This time, though, things don’t quite go according to plan and my excitement is replaced with befuddled confusion before I even smell the first fragrant waft of animal excrement in the air. As Raffles snores and Sugarpuff snuffles away in the back of the car dreaming of soon to be shorn sheep and, no doubt, new ways to terrorise their parents, I ask Mr Eats World exactly what his fondest memories of growing up in the country were – expecting an answer extolling the wholesome virtues of fresh produce, clean air and wide open spaces. Instead he offers the following countdown of his hits and memories of bucolic boyhood bliss…

Hello!? I know he said “simple” but I didn’t realise he was talking about his IQ. What exactly was he envisioning for our kids from our rural sojourns? Life lessons in juvenile delinquency? I’m tempted to wrench the steering wheel from his hands and hightail it back to the relative safety of our home because I’m starting to think that rural air damages the brain and the only farm appropriate for my husband is of the “funny” variety.

I decide it’s probably a good thing that this time around we’re not staying at an actual farm but instead in an apartment on the outskirts of a neighbouring town. That is until we arrive to discover that our apartment, while fabulous, offers us a stunning outlook over the local Hooters franchise which we have to explain off to my curious son as a restaurant for owls.

Now I’m no prude but, when I mentioned that I wanted my kids to know where milk comes from, this is not quite what I had in mind.

We head from our hotel to the farm with me on high alert for armed and inebriated Brits tormenting the livestock. To my huge relief we find a pretty regular animal farm and the activities on offer spectacularly wholesome. So even with the threat of the BYO Brit brat I brought with me, the cows stay unmolested. Except for the one that has to endure being milked by an uncoordinated five-year old. The only thing blown up is Raffles chest, with pride, as he rides a horse around a paddock and the only thing lit is a fire by the stockman who is here to teach us how to make delicious damper and who, given it is still morning, substitutes Snakebite with strong billy tea.

Unlike their British counterparts, (whose farms were not quite so colossal and were probably so pissed on Snakebite that they’d be off searching for a kebab in a neighbouring village) the stockmen of colonial Australia lived on bread alone. Away from home for lengthy periods with only a camp fire and basic provisions, this simple unleavened bread – originally made with flour, water and a good pinch of salt – was a life saver. 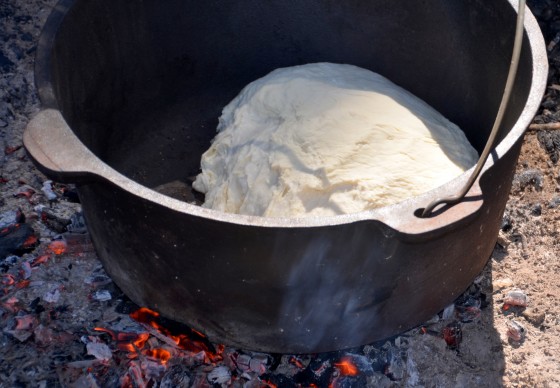 Baked in an iron pot and buried in hot coals or wrapped around a stick, we think its best eaten warm with lashings of golden syrup

It’s also simple and fun to replicate at home where the bonus of a fridge means you can add a few ingredients for extra taste. Though nothing beats the smoky crispy flavour of one cooked over a campfire. 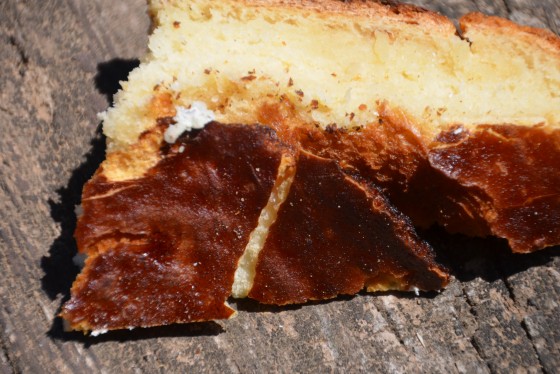 As always, a weekend of farm life has proved to both educational and a hoot, if you’ll pardon the obvious pun, but still, it is with much relief that we arrive back to the polluted smoggy air, pre-packaged plastic produce and cramped space of the city, my children uncorrupted by our hotel view or my husband’s rampaging rural influence.