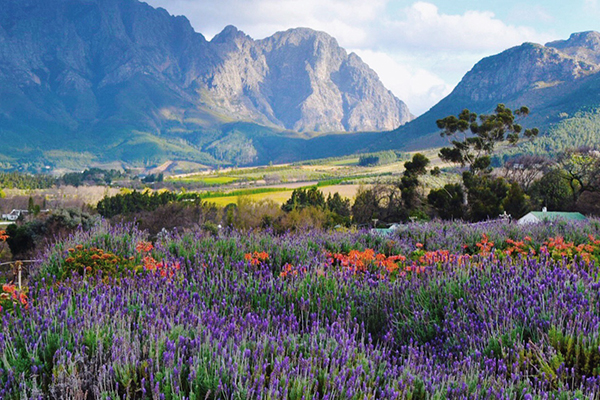 It’s no secret that Raffles is a bit of Sir Richard Branson fan, speaking often about how he wants to be just like him when he grows up. You know, “successful, kind… and a billionaire”. And I have no problem with that. But Raffles has a huge problem with the fact that I am enjoying a sleepover at Sir Richard’s place without him.

Not at his actual gaff, but overnighting at one of his exclusive Virgin Limited Edition properties, Mont Rochelle in Franschhoek. You see, Virgin Limited Edition is the only Virgin company privately owned by Sir Richard, and as far as Raffles is concerned I may as well have announced I was sharing a toothbrush with him when I mentioned I was staying at the boutique property.

Though the hotel is completely devoid of Richard Branson and his toothbrush, Raffles is right to be jealous because the ridiculously pretty, white-washed property is one of the most refined and family friendly I’ve had the pleasure of visiting. 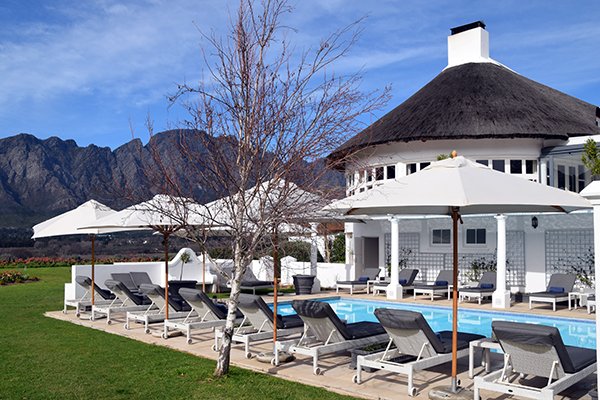 Sure, it is upmarket. From the décor and amenities to the artwork lined walls, sublime food and exemplary service, everything is five-star without fault. 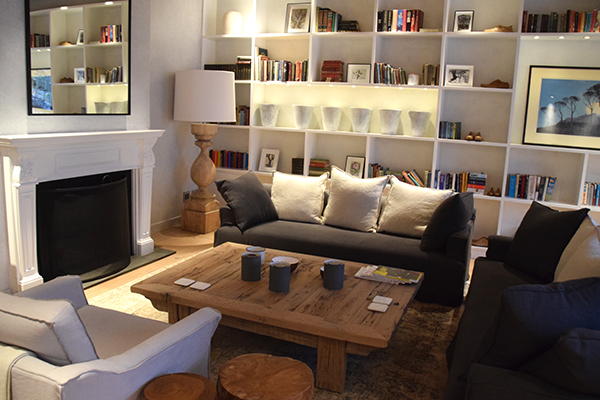 But it is also relaxed, thoroughly unstuffy and perfectly set up for children to run wonderfully, wildly amok. 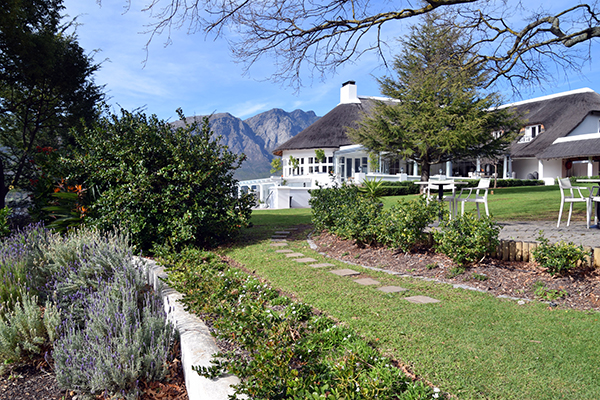 The 26-bedroom hotel and vineyard is located on a farm that dates back to the 1600s in South Africa’s Franschhoek, a traditional wine-growing region, an hour’s drive from Cape Town. Known as the French corner of the Cape, Franschhoek (which translates to “French corner”) was once predominantly populated by Bushmen, Khoikhoi herders and elephants, until French Huguenot refugees began populating the valley in 1688.

Along with their outrageous accents, these clever clogs also brought with them experience in agriculture… and grapes! Because a little thing like religious persecution is no reason to go without a drop of plonk. Now there are acres of vines, an astonishing range of varietals and more than a drop. 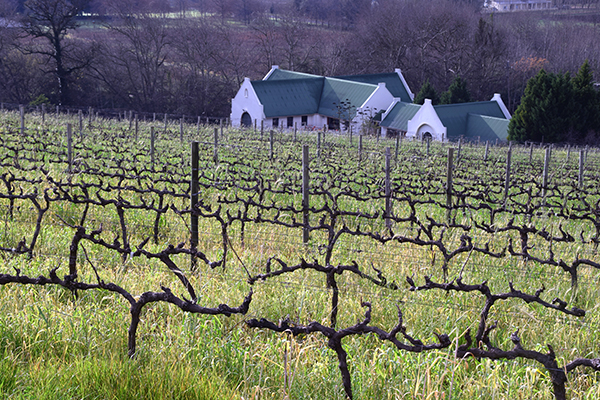 The title deeds to Mont Michelle itself were first granted to the de Villiers family in 1688 and wine has been produced on its land since by its many owners and incarnations, including as South Africa’s first black-owned vineyard (when Miko Rwayitare took over after the end of apartheid).  Most recently the baton of ownership has fallen on Sir Richard Branson who has given it a luxurious but tasteful nip and tuck. 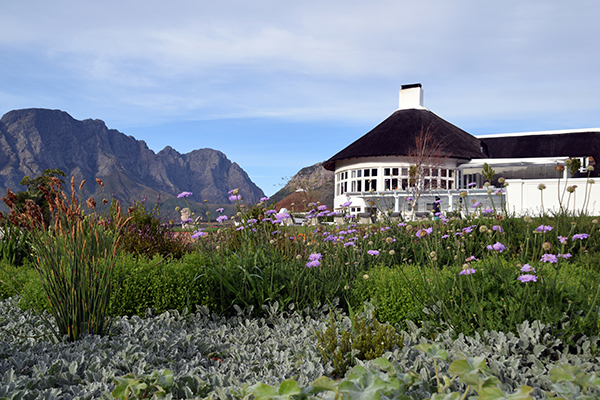 Its architectural bones have all been respectfully preserved but modern and very Virgin touches appear wittily throughout. 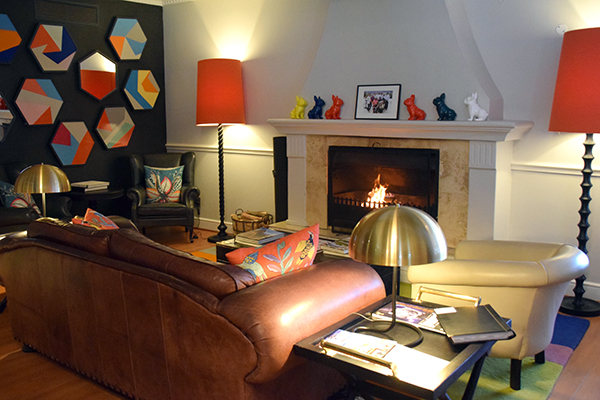 From a lazy terrace with chairs made of astroturf to luxe indoor lounges fitted with the finest of soft furnishings and finished with ceramic bulldogs, felt livestock and a pop art homage to Nelson Mandela. 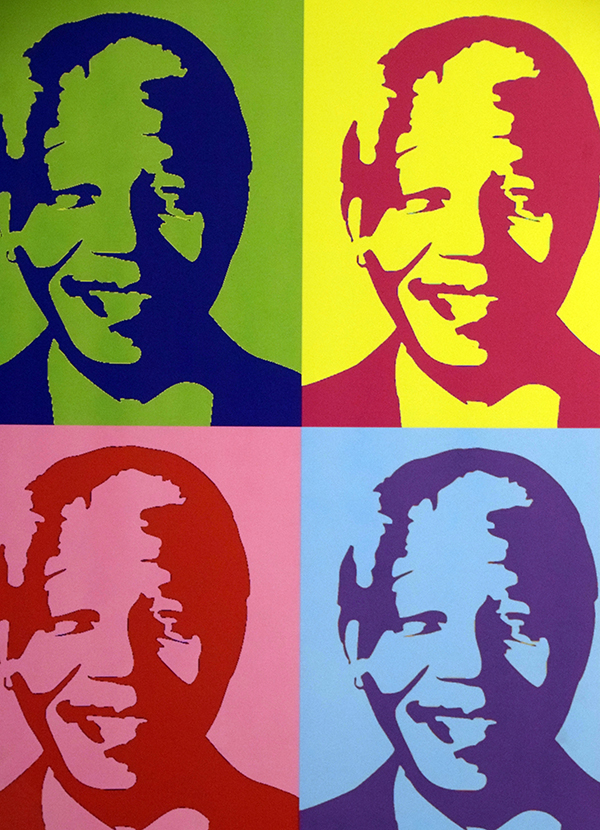 My room, in the vineyard wing, is a spacious affair with an all-inclusive mini bar, state-of-the-art everything, a decadent freestanding tub complete with a cheeky rubber duck, and a verandah with a swing from which to soak up the marvellous view of the Klein Dassenberg mountains. 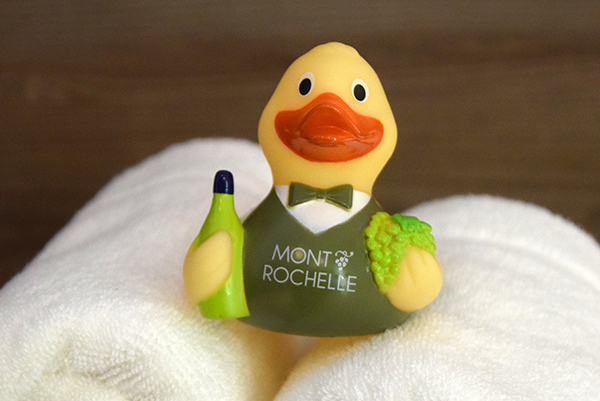 Outside, Mont Rochelle’s spacious grounds are a treasure trove of lawn games such as croquet, petanque and giant chess, manicured herb gardens and an enormous fiberglass rhino, separated from the rows and rows of vines only by fields of wildflowers. 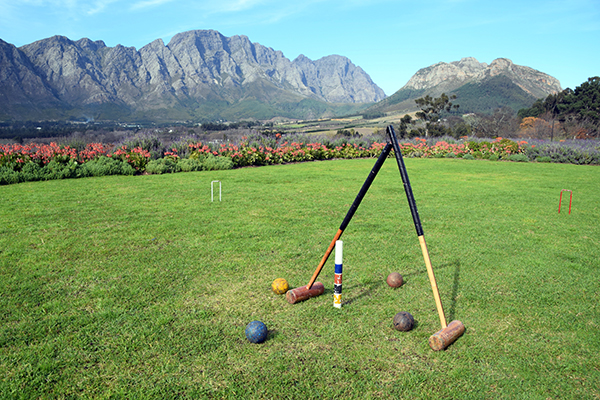 The food is next level. I dine on local delights including pan-roasted springbok as well as extraordinary international cuisine paired with sublime vintages at Miko, soaking up the views from a semi-circular wall of windows overlooking a recliner lined pool.

My stay also includes a visit to the more casual Country Kitchen, a tour of a 150-year-old wine cellar lit by flamboyant chandeliers, and a peek at the Manor House – a gorgeous villa designed to sleep up to eight adults and six very lucky children. 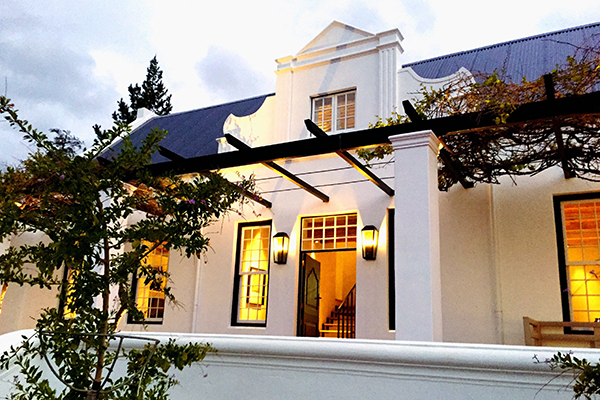 The hotel is also still a functioning winery with a dedicated on-site winemaker overseeing the production of four rather splendid house wines which I was more than happy to taste. 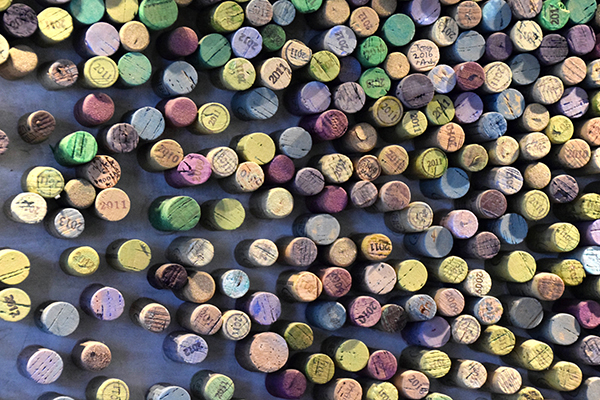 And if that’s not enough there is horse riding on site and a host of family friendly tours in and around Franschhoek itself. 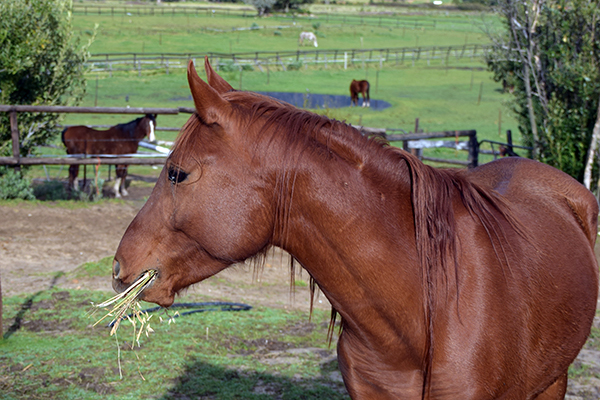 For me, the township’s white-washed Cape Dutch Style architecture, charming galleries, extraordinary restaurants, kid-friendly vineyards and all that lovely, lovely wine, hold as much appeal as the hotel. As for kids, there is space, fresh air, and a warm welcome to keep them just as happy… that is if you can convince them to leave behind the undeniable charms of Mont Rochelle.

8 Comments on All Franschhoek up at Sir Richard Branson’s Mont Rochelle, Cape Town