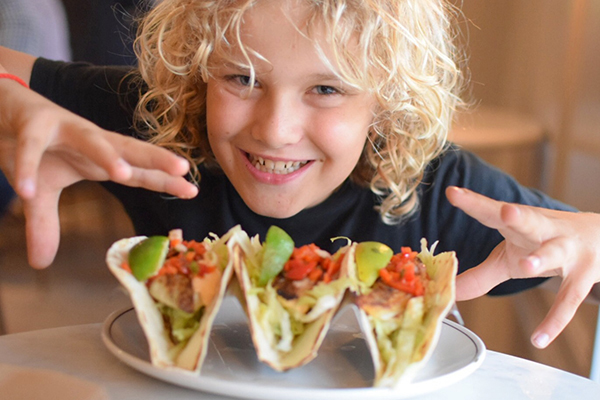 Because my mum is sooooo irresponsible she took me to the pub for dinner. Just kidding, she’s very responsible, mostly for satisfying my taste buds, which she did very, very well at the Vista Bar at The Buena in Mosman, which is not just any old pub.

Well, I suppose it is because it’s really historic and like a million years old or something but what I mean is it’s not just a place for grown ups to drink. It’s a light and bright paradise for foodies and has a really cool atmosphere.  When we arrived, trivia was on and everyone was in a great mood. And even though we weren’t really playing mum knew all the answers. I reckon she could have won if we weren’t both so busy stuffing our faces.

There are two restaurants at The Buena, Bistro Moncur, which is kind of separate and at the top of my belly bucket list for next time, and Vista Bar, where we ate. I was really excited about eating here because Guillaume Brahimi created the menu at both restaurants, and he’s one of my all-time food heroes. Especially when he gets hold of a slab of butter. Yum.

Anyway, I knew I was going to be in for something special and I wasn’t disappointed, except that I couldn’t order everything on the menu. So I could taste as many things as possible we ordered a stack of sharing plates, probably a few too many for two ordinary people, but my belly is extraordinary, its like a Tardis or something because I can pack a lot in there for its size.

We were recommended the Barra Tacos (with lettuce, chipotle mayo, capsicum salsa and lime) by the bar dude, and he was sooo right. They were soft and crunchy and packed with flavour. 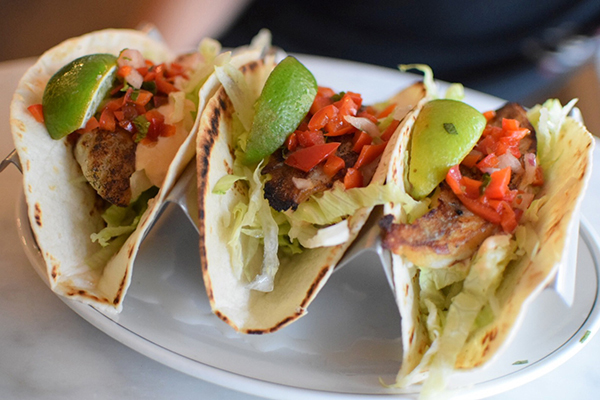 They were almost as good as my mum’s fish tacos …. actually, they were better but don’t tell her (except she’s typing this for you, little man).

The Salt & Pepper Squid, was tender and soft with just the right amount of zing from the seasoning and citrusy mayo. 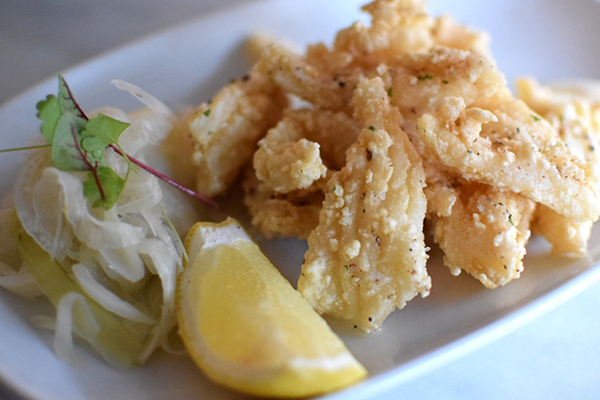 The trio of raw fish (with kombu, wasabi cream and sesame crackers) was dreamy. The fish was cut into tiny little cubes of deliciousness with a hit of wasabi that wasn’t too overpowering and served with funky wafers that looked like coral. This dish was like eating the ocean. 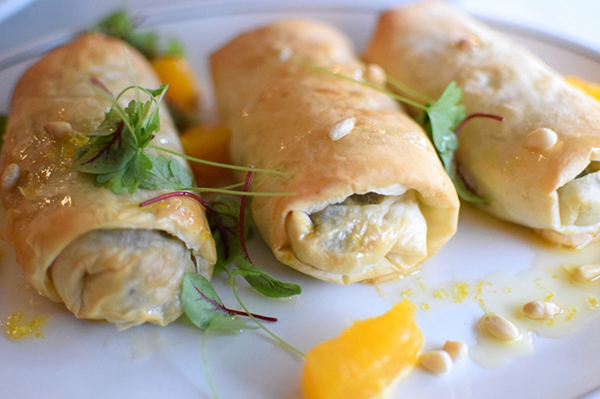 They were so good but I have to warn you they are very filling so if you’re like my wussy mum and can’t keep up, I’d give these a miss so you can eat all the other things. They’d make a perfect snack on their own though.

Because I am a pelican, I also ordered a main of Miso Salmon (with soba noodles, pickled vegetables and mizuna) and it was like a plate of pure Japan. The salmon was all perfectly pink in the middle, just how I like it, and it was served with piles of scrummy noodles and salad. 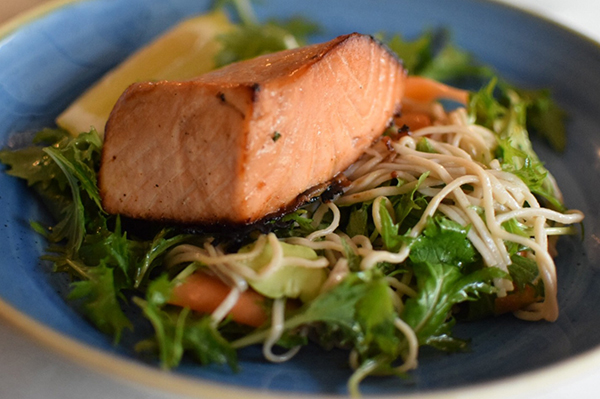 You know when you’re so full you’re gonna explode? Me neither. So I ordered dessert too.  The best thing about my Strawberry Eton Mess (with sugared almonds) was that mum was so chockers already that I got to devour the massive cream-filled treat all by myself. Her loss. 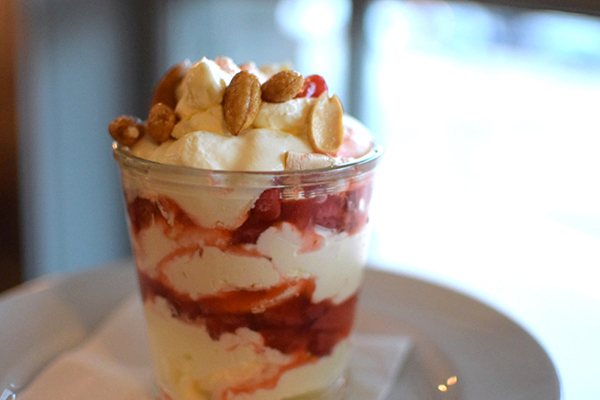 I have to say, I’m a bit of an Eton mess aficionado and this was one was epic with chunks of sticky meringue, wads of cream plus sweet strawberries and an awesome crunch from the nuts.

Now all I have to do is come back to taste my way through the rest of the menu, but in the meantime, pub or not, I reckon this place is serving up some of the tastiest bistro bites on the north side. 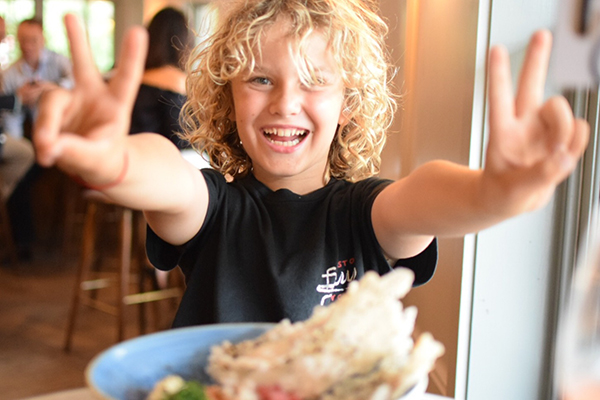 Disclosure: Raffles was a guest of The Buena but all gorging, parental maligning and views are, as always, his own.

7 Comments on Raffles reviews: Vista Bar at The Buena, Mosman