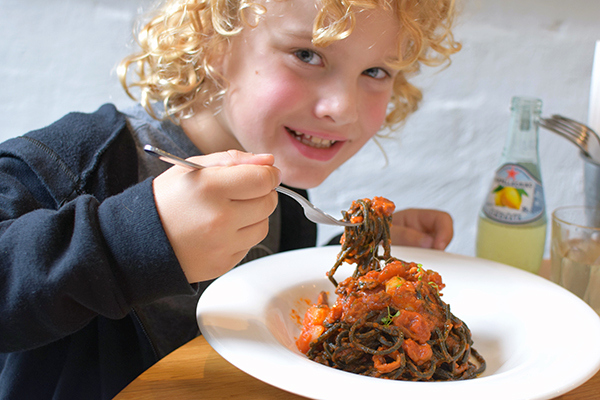 I thought I’d eaten some pretty tasty pasta dishes before but I didn’t realise just how good pasta could be! You see, I was lucky enough to have a lunch date with Mama at Adamo’s Pasta in Rosebery and they do things with pasta that are totally next level.

Adamo’s Pasta is a simple but comfortable cafe as well as a pasta wholesaler, and they make all their deliciously awesome fresh pasta on the premises. But it’s not only pasta, they do epic Italian cheeses (like buffalo mozzarella, pecorino and grada padano) too!

The menu is written all over a wall and you can pick your favourite pasta and sauce and then they make it to order. We couldn’t decide, so we let our host Alessandra decide what we should eat. This turned out to be a totally brilliant idea because she was really nice and had really, really good taste. She picked things I wouldn’t have ever even thought of ordering, and they were all amazing. 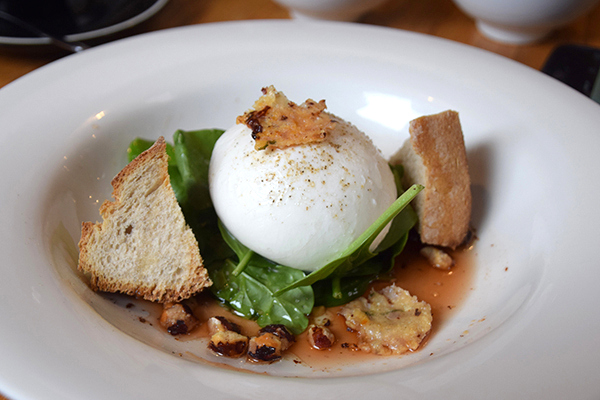 We started with some of the cheese! It was called burrata and it is made from cows milk mozzarella and cream. It looked like a ball and the outside was quite firm but once we cut it open it burst with oozy yumminess. It was served with spinach, hazelnuts and chilli Parmesan crisps, which added even more intense cheesy goodness. I fell totally in love with this dish and could have eaten it 1,000 times.

Then Alessandra bought out a selection of pastas for us to try. There were a lot and the pasta dishes were so enormous I thought my mama would pop; thank goodness I was there to empty the plates. She’s such an amateur. 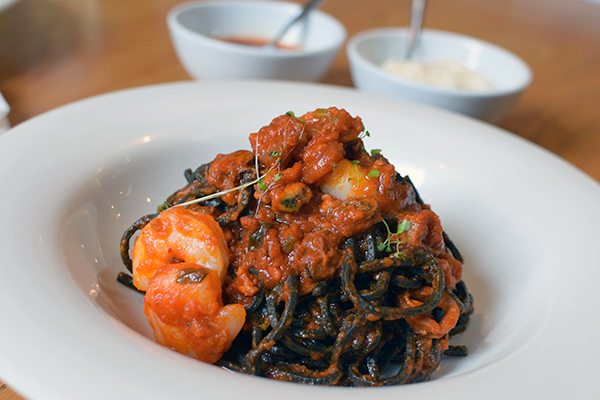 The first dish we ate was squid ink pasta with a marinara sauce, which is one of my favourite things ever. The pasta was black, which was a bit of a surprise to me, but it had a lovely firm bite and a yummy flavour. The seafood marinara sauce was so good that I had to tell mama that it was better than hers, and hers is pretty good. She took it pretty well, I think. Although I may have to sleep with one eye open from now on. 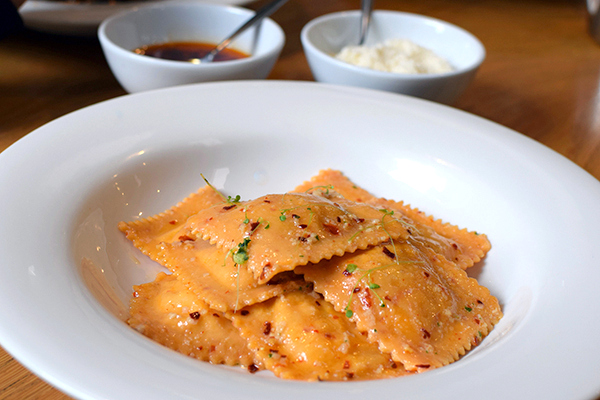 The next dish was chilli crab ravioli. It was my favourite. The pasta itself was really good and it was packed with loads of crabby flavour and epic heat that just kept coming and coming. It was served in garlicky chilli oil. This was so delicious I made mama buy more to take home with us. I could have this for dinner every night forever and not get bored with it. 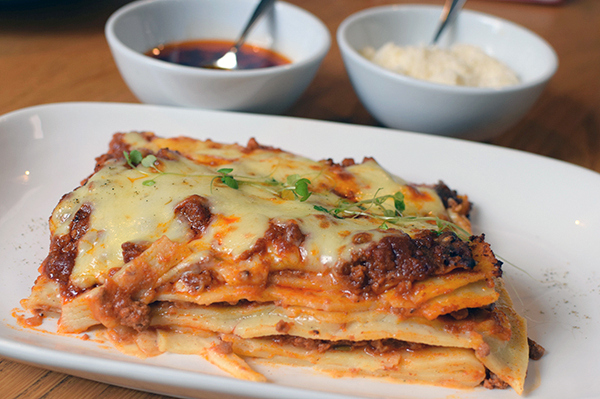 I was a bit worried when a big cheesy lasagne came out next because I’m one of the few people on earth who isn’t a big fan of lasagne. I don’t know why, I just find it a bit heavy. But this lasagne was so tasty it totally changed my mind. It was molto delizioso – that’s Italian for very delicious. 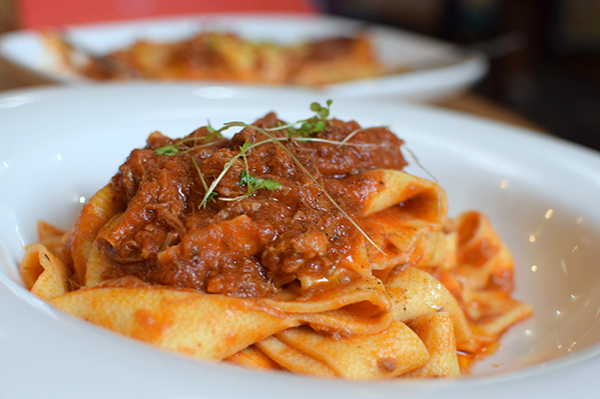 But it didn’t even come close to the fresh pappardelle with an insanely tasty lamb ragu. The pasta was slippery and soft and had a cool snakeskin pattern. And if I thought it was really nice on its own, once it was combined with the lamb ragu it turned into a bowl of total awesomeness.  It (the lamb) was all fally aparty because it had been cooked for like two years or something. (More like 4 hours but why the facts get in the way of a good story, boyo.) 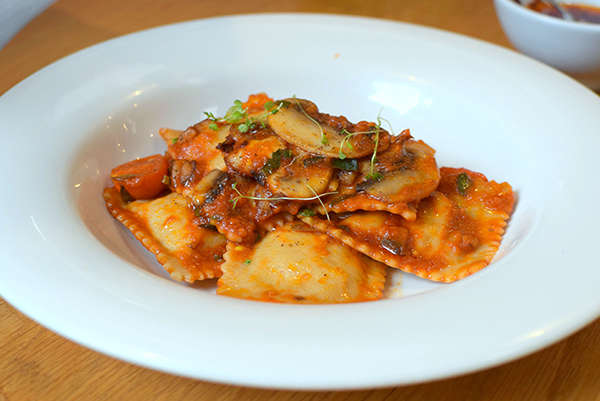 I know most people would have stopped at four big bowls of pasta, but I’m not most people. I’m a hungry growing boy, so Alessandra offered to bring me one more dish to try. I wondered how the chefs could possibly top the last dishes, but they did with a fantastico truffle ravioli in a tangy tomato sauce. This was so beautiful I moaned through every mouthful. The ravioli were so plump I wanted to cuddle them, and I would have if I weren’t so busy shoving them in my face. The texture and the smell were heavenly. 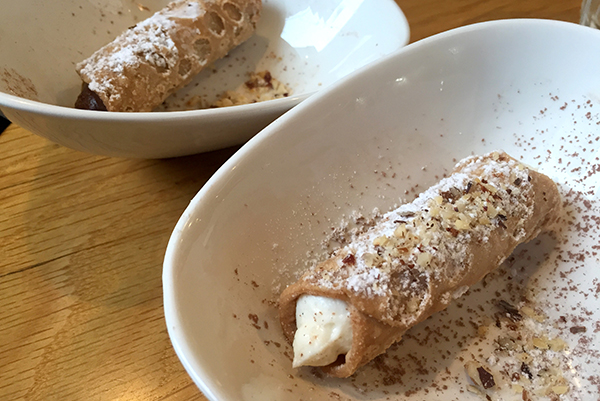 But I wasn’t quite finished. A platter of cannoli in the display was calling me. Alessandra let me try the vanilla and the chocolate ones. And they were both so, so good – crunchy on the outside with soft, gooey, sweet ricotta in the middle. They were the perfect finish to a perfect lunch. 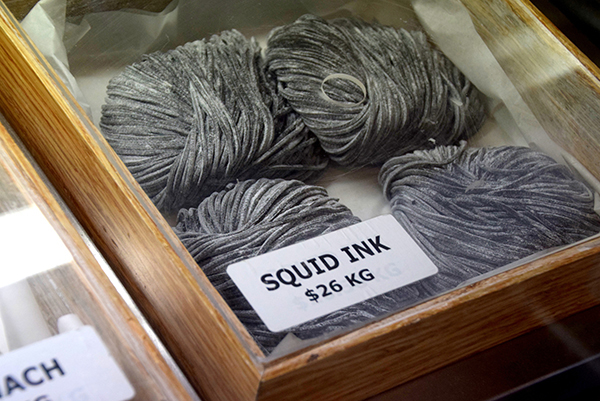 But the best thing about Adamo’s Pasta is that you can stock up on the yummy pasta, sauces and cheeses so you can keep eating when you get home.

Disclosure: Raffles was a guest of Adamo’s Pasta.