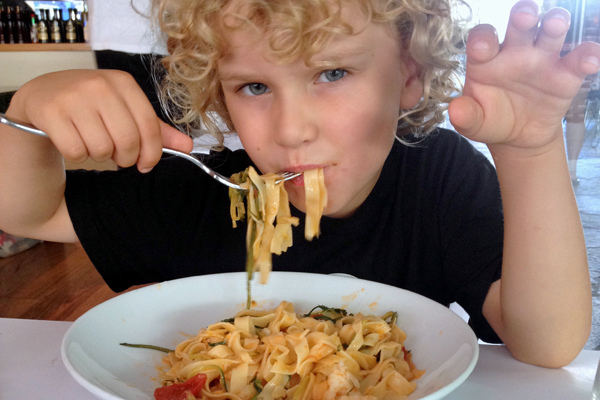 Today we went to Bondi but it was really hot and the beach was so packed that I couldn’t even see the sand. So we went for lunch at A Tavola instead. I was happy about that because it wasn’t so busy and the air conditioning was on and I’d rather eat than swim anyway.

A Tavola was kind of open and relaxed with big round lights that looked like shiny planets that dangled over the tables. It was so cool because there was a man making pasta in the restaurant and I could watch and there were stacks of fresh pasta in baskets and hanging on racks. 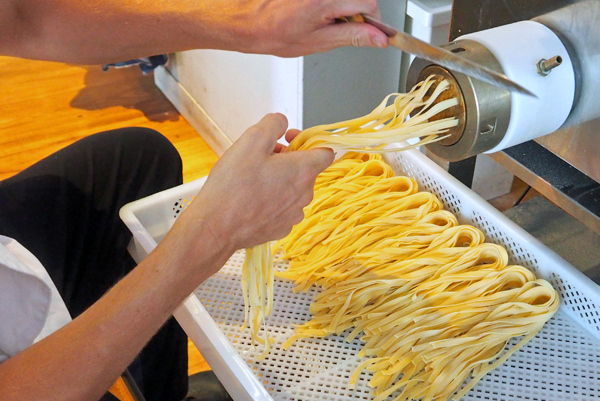 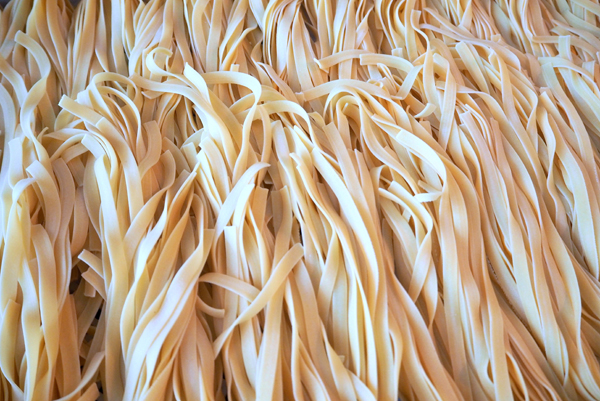 But when I saw the big fat streamers of pappardelle I knew I was going to have to eat them. 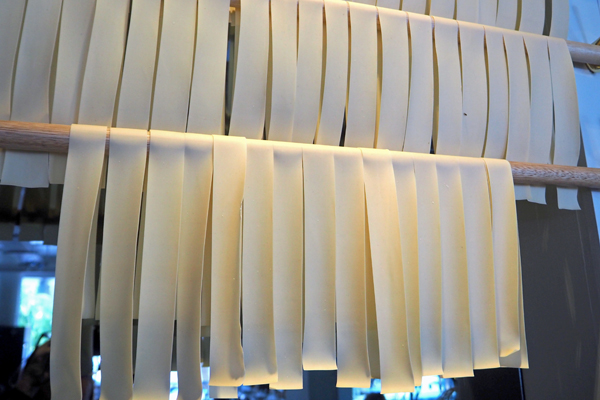 The starters were a fluffy focaccia and an antipasto plate piled with the yummiest soft prosciutto, bresaola and two different kinds of salami. One had a nice spiciness and the other was mild but they were both just the best. There were some pickles too but I didn’t try those. Mama said they were good. 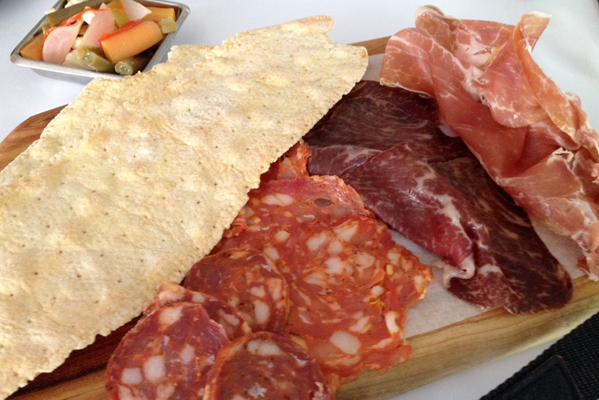 Next we had a dish of white polenta with crab. I’ve never tried polenta before and it was a bit like runny porridge. It had a yummy lemony flavour and there was crab all over the top of it with bits of salty lemon (preserved lemon). I love crab so you have to know I loved this. 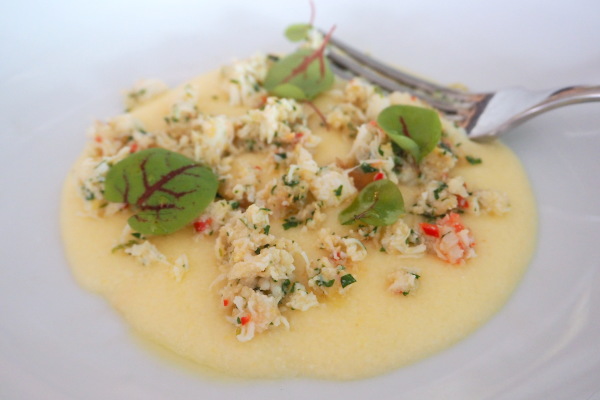 The pasta dishes were enormous. We had the Pappardelle with wagyu beef shin which mama says is A Tavola’s signature dish. 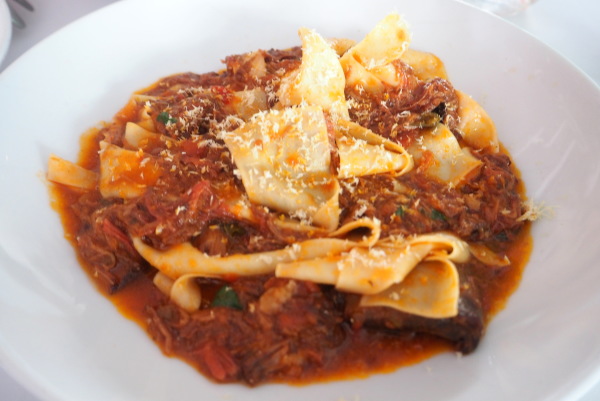 The pasta really nice.  The beef had a really sticky, soft texture. I liked it.

My favourite dish was the tagliatelle with Moreton bay bugs which I LOVED. It was really light and perfect for a hot day. Moreton Bay bug tastes like the best crab I ever ate met a lobster and they both had a party in my mouth. Only better. 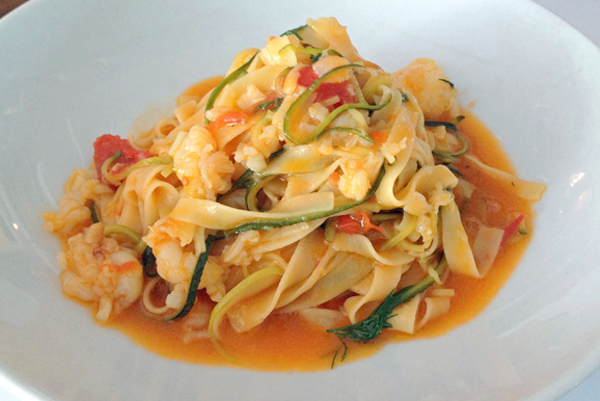 I was supposed to split the pasta with mama but I forgot so she only got a tiny taste. She must have forgiven me though because she took me for a gelato after.**

* I’d stake a guess that the ragu’s cooking time would be closer to several hours than 10 years. Regardless of the technical details, Raffles is right. It is amazing!

** He wasn’t forgiven, I just felt like gelato and there is a Messina next door.