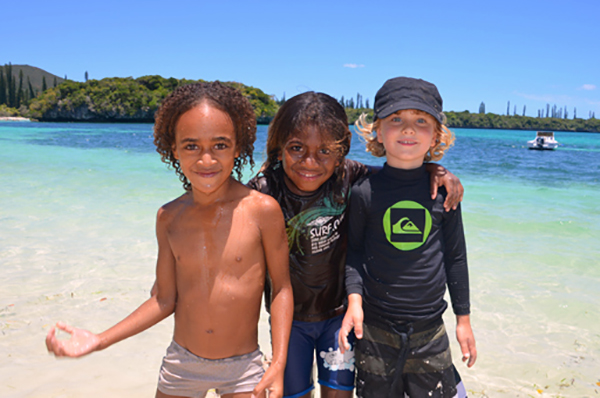 If I had a dollar for every time someone told me we should “stop gallivanting” around the world with our kids and “wait until they’re older” to travel because they’re too young to remember or get anything out of it, we’d have enough dosh to travel with our kids full time.

And that’s exactly what I would do because, as I’ve written about at length before, I couldn’t disagree more.

Not only do I believe in living in the moment – and travel moments are quality family time that makes all of us extremely happy – I’ve always believed that travel broadens the mind. And when a mind is open as that of a young child,  travel is a gift that provides parents with an unbeatable opportunity to stuff it full of wondrous things while teaching them amazing life skills like flexibility, patience, humility, empathy and respect.

I’ve been called selfish for dragging my poor kids all over the place. I have been charged as irresponsible for not focusing more on the accumulation of material things. I have been accused of stupidity for jeopardising their education by taking them travelling (and fair enough too because we have had the kids out of school for travel a staggering four whole days this year). And let’s not forget my favourite sledge to date, that I am “a dirty bloody hippy” who should be shot for “peddling my idiotic views” on equality and tolerance to my poor, poor children.

On Friday, 3rd-grader Raffles stood up to speak at the NSW Teachers Federation Conference Centre alongside 13 other absolutely brilliant Year 3 & 4 students, each of whom had already competed against a staggering 2,042 local and regional finalists in the State Final of the NSW Education Department’s Multicultural Perspective Public Speaking Competition.

Needless to say this idiot hippy parent and her idiot hippy husband, doused themselves in patchouli oil (well, we would have if it didn’t make us gag), donned their best tie-dyed harem pants (and by tie-dyed I mean black and by harem pants I mean skinny jeans) and stopped “gallivanting” long enough to sit in the front row with their education-starved daughter to listen.

Poor Raffles, exhausted as he obviously must have been from all that ridiculous travel I force on him, then stood on a stage in front of around 100 strangers and a camera that was linked live to over 100,000 school students and confidently spoke in words of multiple-syllables  – despite all that education deprivation. Indeed with more lucidity than 50% of current American Presidential candidates, he delivered a prepared speech that he wrote by himself about why he believes multiculturalism is a wonderful thing and how grateful he is for all the experiences and cultures his selfish parents “dragging him all over he place” had exposed him to. 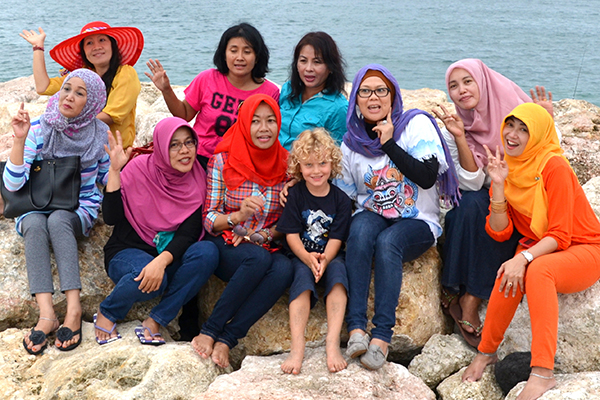 He spoke about his first hand experiences with people of multiple religions and cultures and how he had observed that whatever language people spoke, what they looked like or what they believed in that, in his experience, people are more similar than they are different. And they are good! And all while admitting that his poor undereducated brain was pretty much located in his stomach.

After a short break he was whisked away with the other kids, each of whom had to prepare a 60-90 second speech in isolation on a topic they were given exactly five minutes to prepare. And instead of “going for the win” he took the opportunity to share how, on his travels, he had observed heinous cruelty to wild and endangered animals at popular tourist attractions and pleaded with people to stop supporting them … in the hope that one person might listen.

Clearly all that “gallivanting” around the world has had zero impact on him. Because he’s too young. And we should wait until he’s older.

Oh, and incidentally, he won! 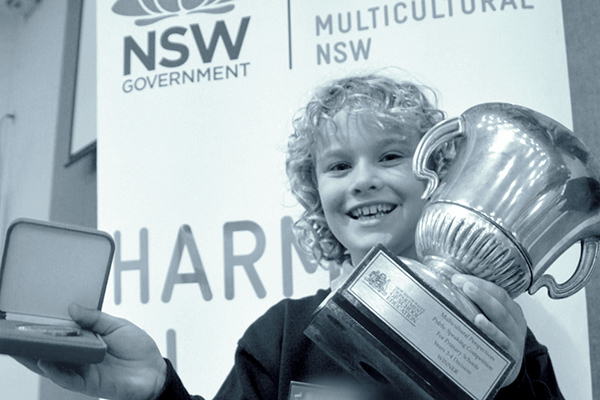 And his family are incredibly proud of him. And you know what? We would have been even if he didn’t, because he is a wonderful, empathetic, respectful, confident, humble, respectful little man who is wise beyond his years. And we believe that, along with the education he is receiving from the amazing teachers at his school, travel can take a lot of the credit for that.

36 Comments on Why travel is a gift for kids