Yeah, yeah, I know everybody screams for ice-cream, right? But trust me when I say you have never screamed as loud as you will over the ice cream at Frugii Dessert Laboratory. In fact, I screamed so loudly after my first visit that we returned to Canberra two weeks later just for a fix. Yep, it is THAT good.

You see Frugii is no ordinary ice cream parlour, rather it is a Wonka-ish place of sugary wonder and magic for your tastebuds. It is a place where anything is possible, and weird and wacky ice cream flavours like seafood laksa and butter chicken (yes, butter chicken) sit alongside the usual chocolate and vanilla. 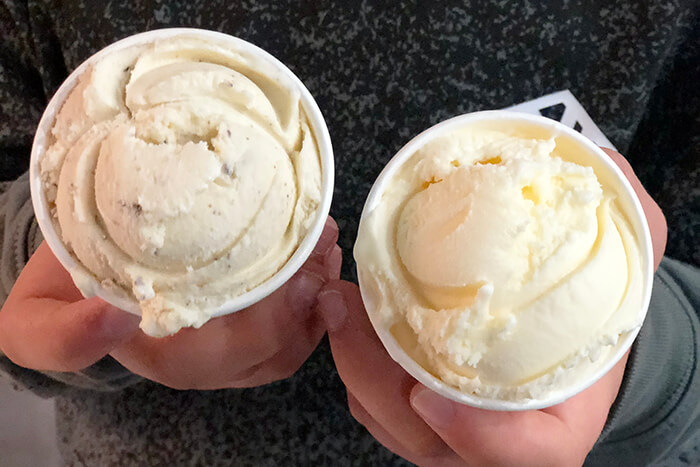 I would totally have tried them all but Frugii’s curry inspired selections weren’t available when I visited because they change the flavours every day (which is an epic excuse to keep coming back), but that didn’t mean there weren’t still some unusual flavours. There was Feijoa, home grown by the genius that is Mr Frugii, which was fresh and fruity and Soursop (which I’d never heard of before we visited) and it had quite a tangy kick. But I couldn’t resist the fresh and vibrant lemongrass ice cream, becasue it is one of my all time favourite flavours, or a lush cardamom creation that had my tastebuds singing. They were both flavours I had never seen in ice cream, which is a huge oversight because they both rocked and I could eat them by the bucketful. 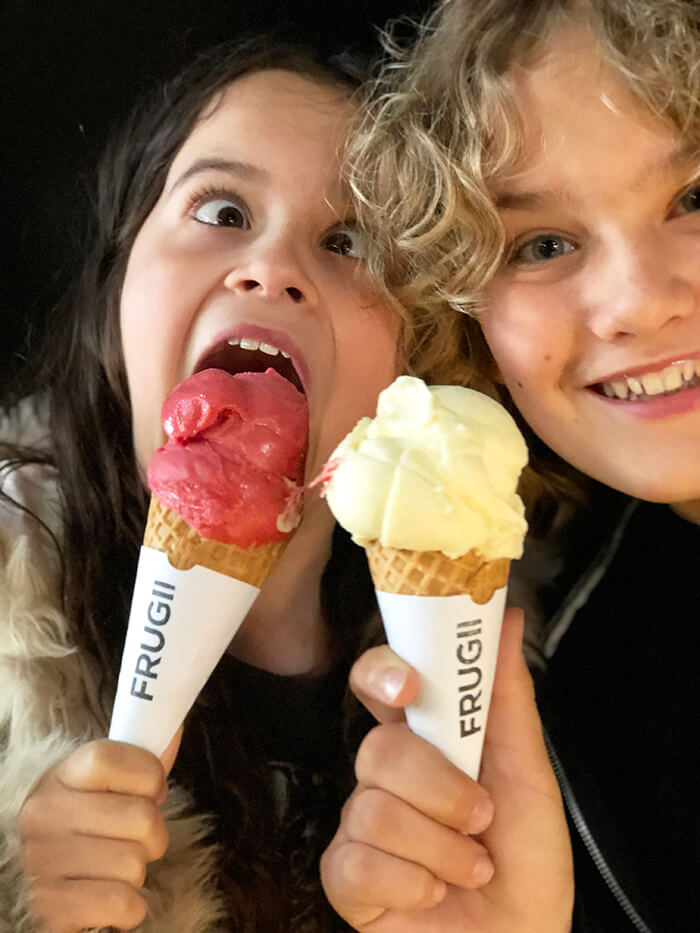 The good thing about an ice cream adventure with my whole family along for the ride is I got to taste a few other flavours too. I almost wanted to wrestle the zingy raspberry cone off my sister because it tasted just like a mouthful of fresh raspberries. So good. 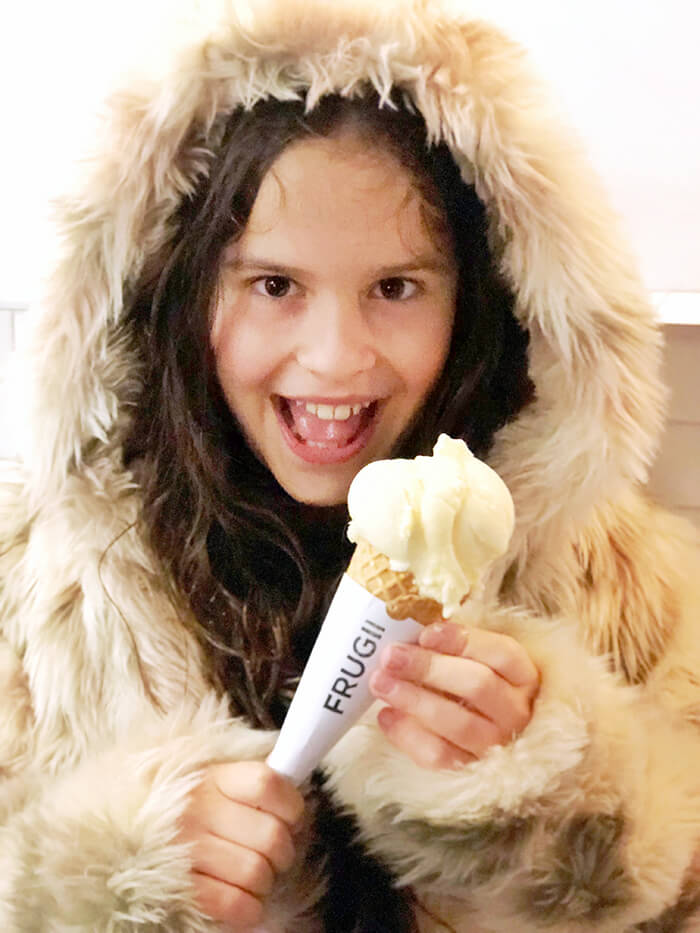 Then there was mum’s choice, a black truffle flavour bomb that had my sister and I in battle mode as we fought each other, and mum, to steal it form her. She caught on though and ordered it as an affogato on our next visit just so we wouldn’t steal it.

But here’s the thing. It’s not just the incredible flavours that make Frugii what I think is Australia’s best ice cream. Every flavour and every ingredient is all-natural, and the silkiness of the ice cream, which is satisfyingly creamy without being too fatty and leaving that waxy coat on your teeth like some ice creams do, is texturally better than any ice cream I’ve tasted. And I’ve even had ice cream at what was voted the world’s best ice creamery in South Africa. Clearly the judges of that little contest didn’t make it to Canberra, because Mr Frugii would have totally slayed it.

But that’s not even the best bit. Seriously, it gets better! Frugii Dessert Laboratory doesn’t just do ice cream, they do amazing ice blocks in flavours like durian and also offer an array of desserts and hand-made ganache chocolates that are equally worthy of the three-hour trip from Sydney. 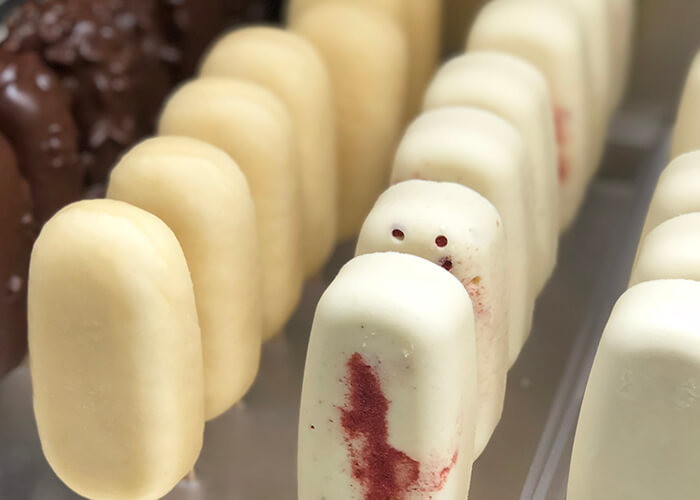 There was a multi layered French opera torte that was layers of heaven and slabs of New York style cheesecake, but it’s was a lemon meringue choux au craquelin that tickled my taste buds. Now I like to consider myself a bit of a junior lemon tart connoisseur (and by connoisseur, I mean greedy glutton who eats all the tarts) and this version was the best I’ve ever tasted.

The choux pastry was light and the oozy lemon filling was luscious. It was smooth and silky and had a tart bite that so many lemon fillings lack, which was balanced perfectly by a tower of fluffy, sweet Italian meringue. Man, just writing about them is making me crave a six pack of them.

But, despite the addictive ice cream flavours and amazing choux pastry, the thing that’s most special about Frugii Dessert Laboratory is its owner, Mr Frugii, who is one of the nicest and most lovely people I have ever met. 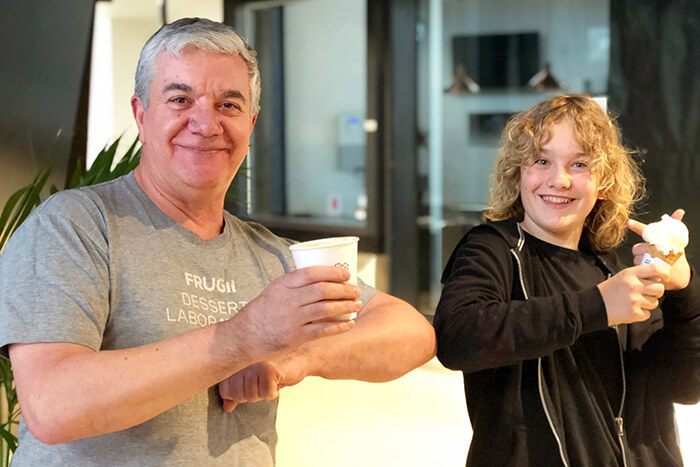 He spent ages chatting with me about all the secrets to his amazing ice cream (I’ll never tell) and it turns our he’s such a wizard he makes all his own bases, extracts and even chocolate. He extracts the flavours straight from fruits, vegetables and even cocoa beans, many of which he grows himself, like the fejoia. And then he uses them to create his creations which, just like Mr Frugii, make everyone feel happy.