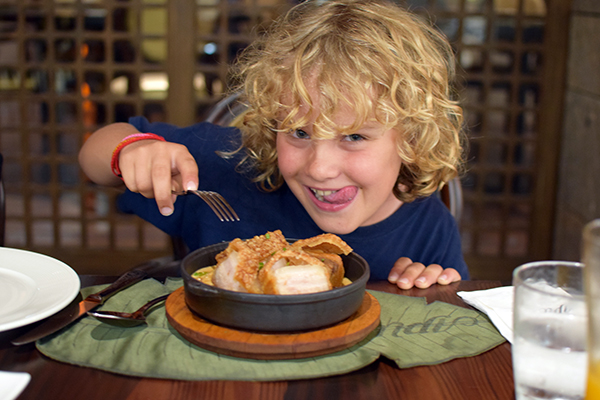 While we were in Manila, I was determined to try some good local food but I have to be really honest and admit that’s not the main reason we decided to eat at Apu Filipino Cuisine Manila, a kind of posh Filipino restaurant we stumbled across during our stay at the Fairmont Makati.

You see, the main attraction was that my sister and I were in fits of laughter making poo jokes about its name. 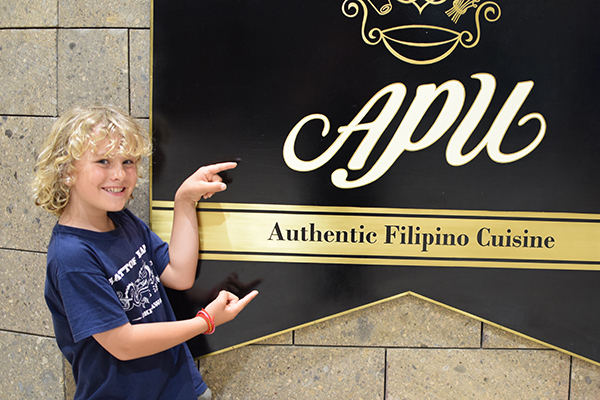 Yeah, I know that’s kind of lame and a bit awful too, and I did feel a bit silly when we found out that the name Apu means grandmother. So before I even start my review I guess I should apologise to all the Filipino grandmas out there for making jokes about their name.

But one thing I’m not sorry about is choosing this restaurant, because it turned out to be epic!

The restaurant was really spacious and was kind of fancy looking, with super comfy chairs and cool lighting, which I really liked. And I loved that the menu was on an iPad, although it would have been better if they had an Angry Birds app too so I could have played games while I waited for the food.

It took us a while to choose because there were so many amazing sounding dishes but in the end we were super stoked with the dishes we did pick.

Even the drinks were awesome. I had a mango drink that was like drinking a fresh mango and my sister had a fresh watermelon juice that was heaven.

Our first dish was Fried Lumpia, which are like the best spring rolls ever. They were mega long and fat and looked a bit like a rich guy’s cigar. They were chock full of delicious pork and spices and super crispy and the sweet chilli and vinegar they came with was the perfect accompaniment. 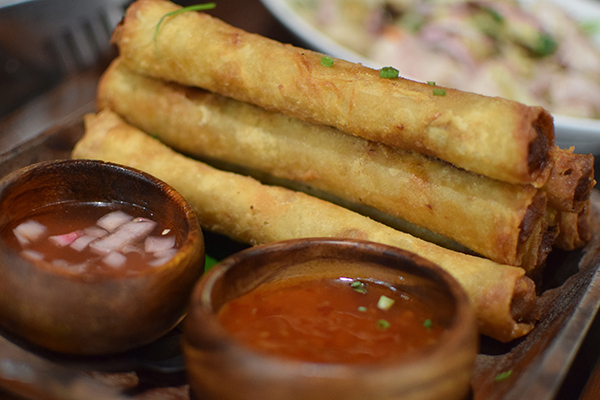 Then we had a ceviche like dish, whose name I can’t quite remember. It was super tangy with a really strong vinegar hit balanced by (cooked) pork belly and beautifully tender raw fish. There was also stacks of cucumber and red onion to give it crunch and a killer chilli kick, which I loved. 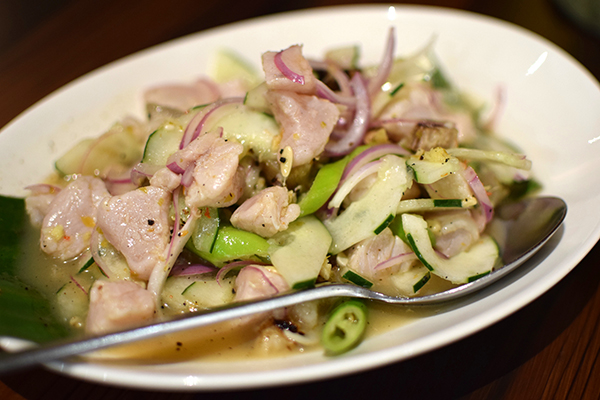 For mains we had Bicol Express: huge chunks of pork belly streaked with fat and topped with the most bubbly crispy crackling I’ve ever seen. The pork was sitting in spicy coconut gravy. And though it wasn’t massively hot from the spice, it left a nice tingle in my throat from all the green chilies. Seriously, this dish was so good I could kiss it. 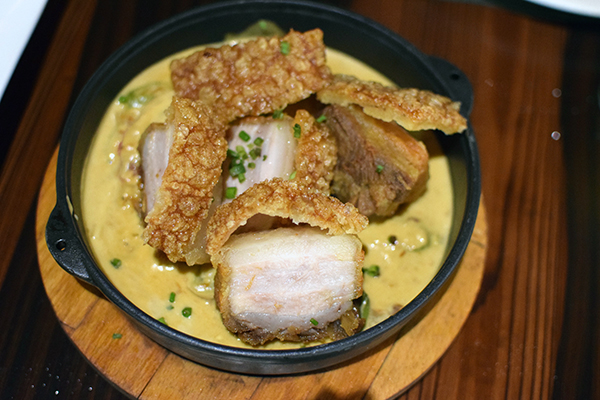 The Seafood Kare Kare was a huge bowlful of mussels, prawns and octopus and fish with delicious crisp vegetables, soft gooey eggplant and a massive artichoke, served in a thick peanut gravy. It came with a fish paste, which acted like a seasoning and gave it a whole extra level of flavour. 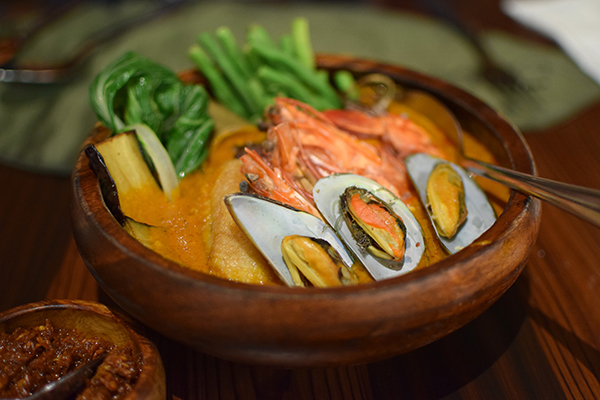 For dessert we finished up with Filipino favourite Halo Halo (which translates to “mix-mix”). It’s a shaved ice dish (which usually includes ingredients like sweet beans, coconut, jelly and sweet potato) and is super brightly coloured, but this one was more monotone and came with bananas, sweet pumpkin and sweet corn and was topped with evaporated milk and a big chunk of caramel leche flan. Yum. 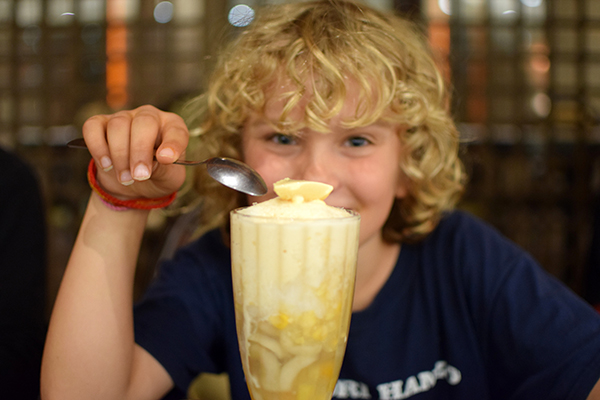 Seriously, if this is what Filipino food is like, I’m in.