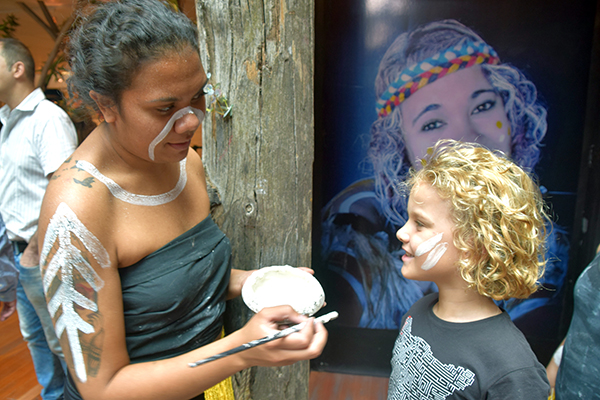 Who’d have thought that a visit to an Aboriginal dance performance would lead to one of the most authentic and incredible Indigenous experiences of Raffles young life? Certainly not me. But that is exactly what has happened at Katoomba’s Waradah Aboriginal Centre.

We find ourselves at the centre after stopping to wax philosophic with Katoomba’s famous three sisters, who Sugarpuff insists are called Kylie, Betty and Rosie … something she knows because, she declares, they told her. Right. A little concerned that she’s holding conversations with monoliths, I point out that she isn’t all that fluent in several-million-year-old rock and it might be an idea for us to check those names, just in case!

Waradah Aboriginal Centre, just 50 metres up the road from the Echo Point Lookout, seems like a sensible place to do just that. And alas for Sugarpuff, we discover that Aboriginal dreamtime stories have the three sisters named as Meehni, Wimlah and Gunnedoo. Sugarpuff remains unconvinced but is soon distracted by a table of craft activities, laid out for the centres excellent immersive school holiday program. 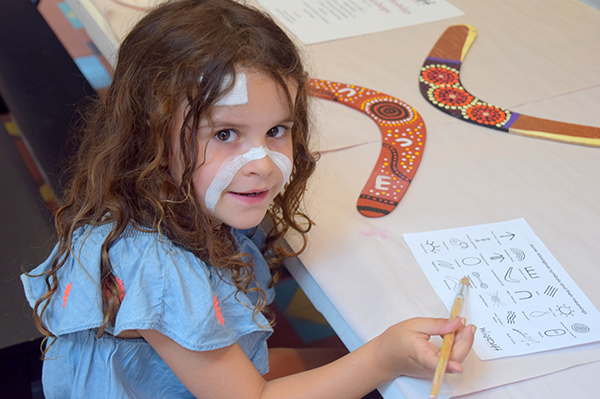 I am more inclined to examine an art gallery showcasing a collection of authentic Aboriginal artwork from the Central and Western Desert areas of Australia. Much of the artwork is based on ancient stories and symbols and I am soon lost in the tales hidden in the artworks, shared with me by the knowledgeable Indigenous staff. 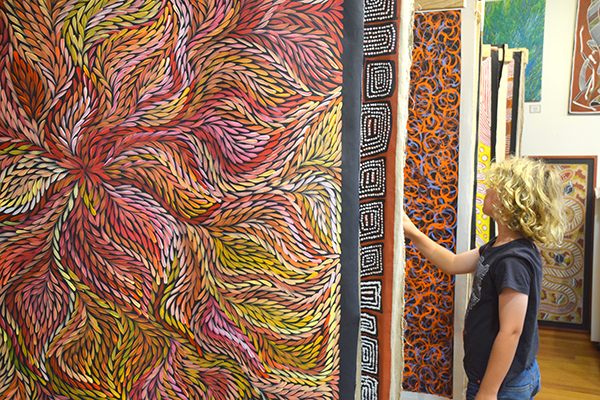 I am interrupted from my lesson in Indigenous symbolism only by the squealing of Raffles and Sugarpuff who, with their faces newly smeared in ochre, appear to have become artworks themselves. 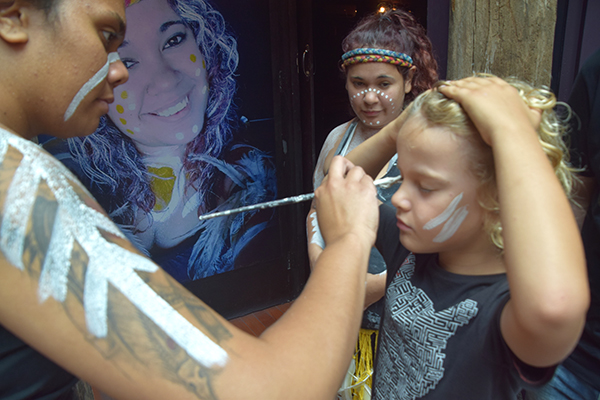 From their wild gesticulating and squawking, I gather there’s a show about to start so I follow them into the darkness of the theatre to take in a series of Aboriginal dance and didgeridoo performances. 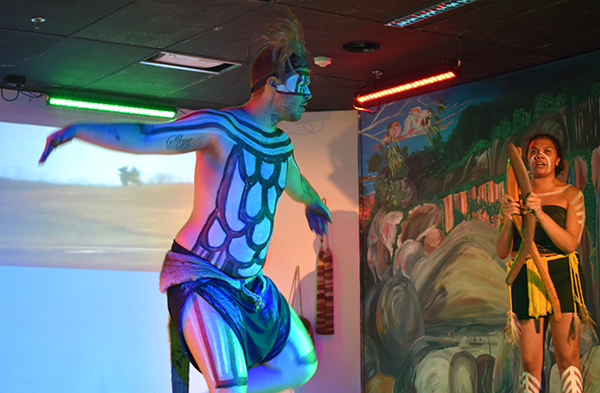 While each performance is mesmerising, it is the dreamtime story behind the creation of the Didgeridoo that sets Raffles imagination alight, and afterwards my enamoured boy has a million questions for the performers.

Peter, from the Garul Gigula Clan of the Ngemba Tribe in North West NSW, and Waradah Aboriginal Centre’s head dancer, does his best to answer. An Elder in his tribe, Peter’s knowledge is vast and he invites us into the centre’s education room so Raff and he can chat a little more. 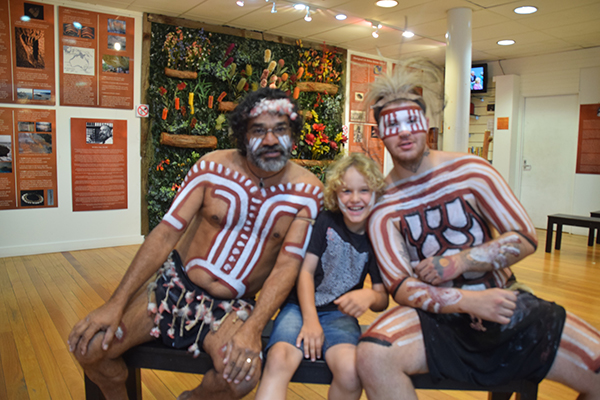 Their conversation sparks some kind of connection between them and Peter, sensing Raffles passion for Indigenous culture and willingness to learn, blows us away by asking Raffles to pop over to his house later that afternoon, so he can teach him even more about the didgeridoo. With pleading eyes Raffles asks if he can go and I agree to bring him by.

And that’s when the magic happens.

As we arrive, Raffles is handed a boxwood Eucalyptus trunk as tall as he is, that has been pre-hollowed by termites. Then Peter asks my wide-eyed boy if he’s up for some hard graft, because he is about to make a didgeridoo, the hard way. 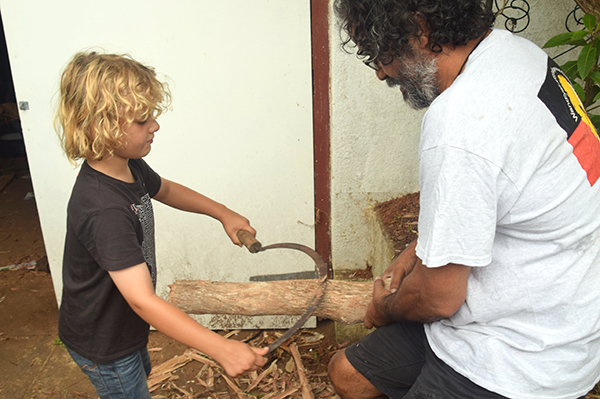 Raffles is more than up for the challenge. Peter shows Raffles how to ensure the trunk is completely clean, bashing out any bits the termites may have left behind. Then he puts Raffles to work stripping the wood of bark with a sickle, Peter advising him on technique and standing by to ensure he doesn’t lop off an arm or leg, which would be inconvenient to say the least. 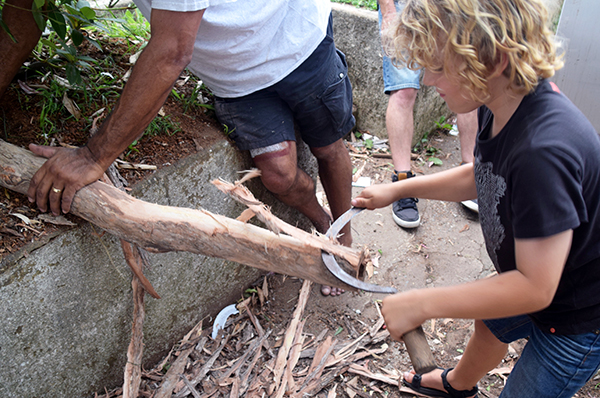 Together they work for the best part of an hour and when it is time for us to go, Peter hands Raffles the didgeridoo, which is his to keep, with instructions not only on how to finish his masterpiece with sand paper and lacquer, but how to play it like a pro.

It is a moment Raffles will remember for a lifetime. And once again, I am reminded that it is not only the places but the people we meet that makes travel so special for our children.

9 Comments on A cultural connection in Katoomba