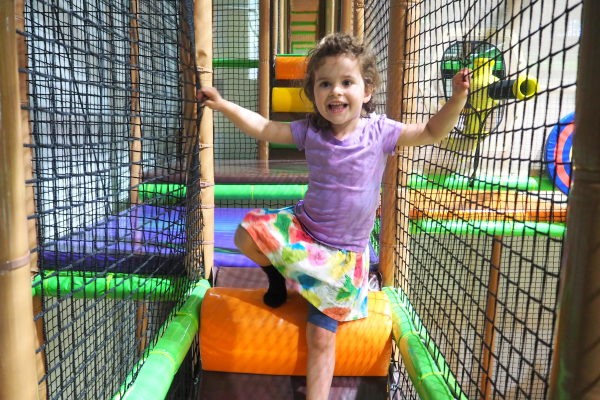 There aren’t too many folk in Australia who weren’t aware of this morning’s Federal Government challenger-free leadership spill that wasn’t.  But, little did they know, at the exact same time another spill was going down in suburban Sydney. Only in this instance there was a challenger. And the challenger, all three-foot nothing of her, was ready to step up and stage a coup for control. Control of this blog that is!

She first declared her intentions on the school run.

“Mama, I want to be a blogger today. While Raffles is at school.”

Raffles, horrified at the prospect of losing “his” blog, quickly pointed out that he was the king of this particular jungle. The chief. The big cheese. El Presidente de Eats World. And only he could be the boy in BoyEatsWorld… for technical reasons.  But Sugarpuff, slightly confused feminist in the making that she is, insisted to her big brother that girls can do anything, including be boys, and that it didn’t matter what he thought because she would be Miss Eats World and wear a pink handbag. Oh, and he couldn’t stop her because he had to go to school, so ner. Or something to that effect.

The incumbent looked a little panic stricken at this point, until I quietly pointed out to him that as she was three-years old and not yet able to read or write, I didn’t think she’d have the numbers (or the letters) to take the top job, but that it might be nice if he was a little less bossy and a little more consultative so they could work together as a team and come up with a solution that was in the best interests of the blog.

Raffles said he’d think about it… but was soon distracted by bestowing a knighthood on some random plastic ninja turtle that he found in the back seat of the car.

I then explained to Sugarpuff that being a blogger was a lot of work. She’d have to play and have fun, smile for some photos, and then eat lots of food and tell us all about it, so her chief of staff (ie: me) could get it all typed up for the readers.

“I can do that” she claimed confidently.

And so Team Eats World was born. And Raffles is handing over the reins, reluctantly, for the day to his deputy, Sugarpuff, whilst he’s off dealing with important affairs of state, and a little math, at school.

Sugarpuff concludes that to write a post we need to “actually do something” and “actually eat something” so we head to Jungle Buddies indoor play centre at Five Dock for a morning of climbing, bouncing and sliding fun. 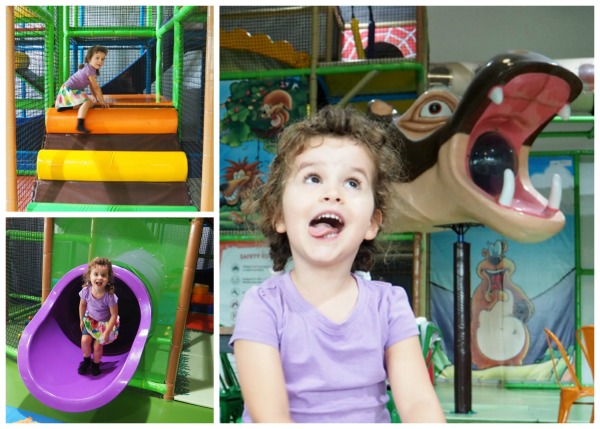 “Jungle Buddies is so awesome. There are a lot of slides and they are fast. I really like the curly purple one that goes around and around. I like bouncing a lot and there is a special place where you can shoot balls in big cannons just like a pirate. I like climbing and climbing and climbing. It is soooo fun. 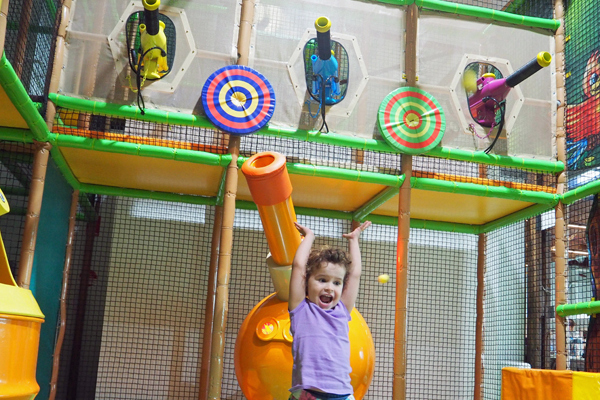 “I like eating all the food. And mummy is happy because lots of it is really good for you with vegetables but they still have some treats like (home-made) fluffy marshmallows and juice. 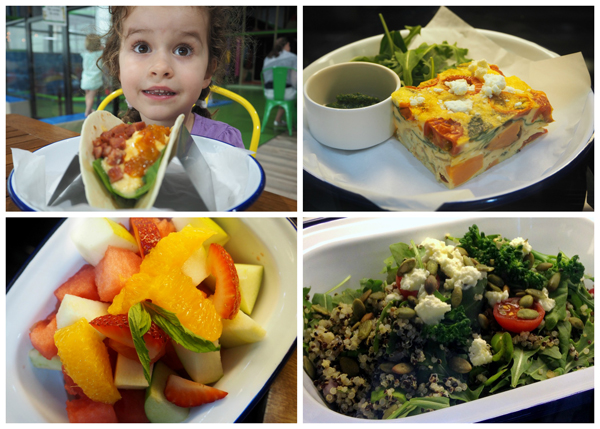 “I miss my brother. I think I like blogging better with him. I want to come to Jungle Buddies again with him.”

18 Comments on Welcome to the Jungle