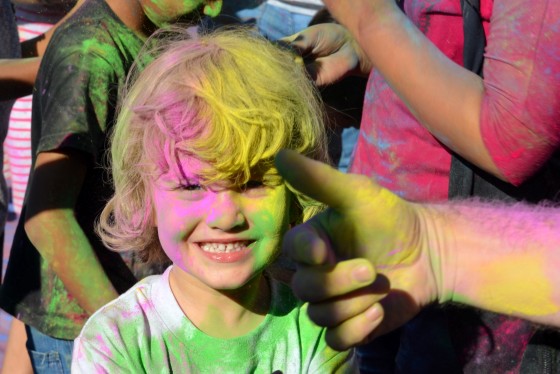 What else would the Eats World family do on a sunny Sydney Sunday than paint the town red… and green and pink and yellow.

A centuries old Hindu festival where caste, class, age and gender differences are put aside, Holi is a joyous celebration of both the arrival of Spring and the triumph of good over evil! “Like a superhero?” asks Raffles! Kind off, honey. A gujia (sweet dumpling) gobbling spiritual superhero, if you like.

If, like us, you don’t happen to find yourself in India or Nepal on the day after the first full moon in March, the Holi Matsalov Festival in Darling Harbour is not a bad alternative! 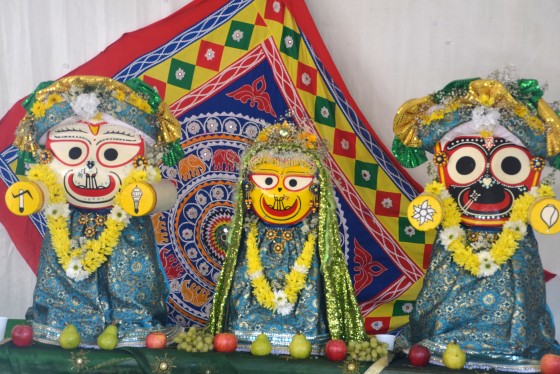 Though, if I’m being completely honest, we haven’t come for spiritual edification today. In fact, we’ve really just come to fill our greedy bellies! You see, the Eats World clan has never been one to knock back a good curry and when we got wind of an Indian festival in the city we figured that not only will we be able to fill our gluttonous gobs with some tasty Indian treats, we might just get to expose the kids to a little culture. 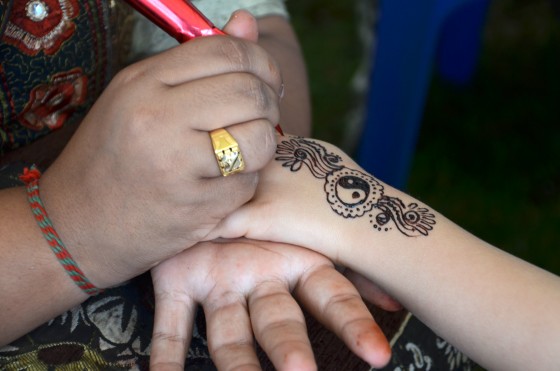 But the Holi festival proves to be so much more than an excuse for a samosa or two. 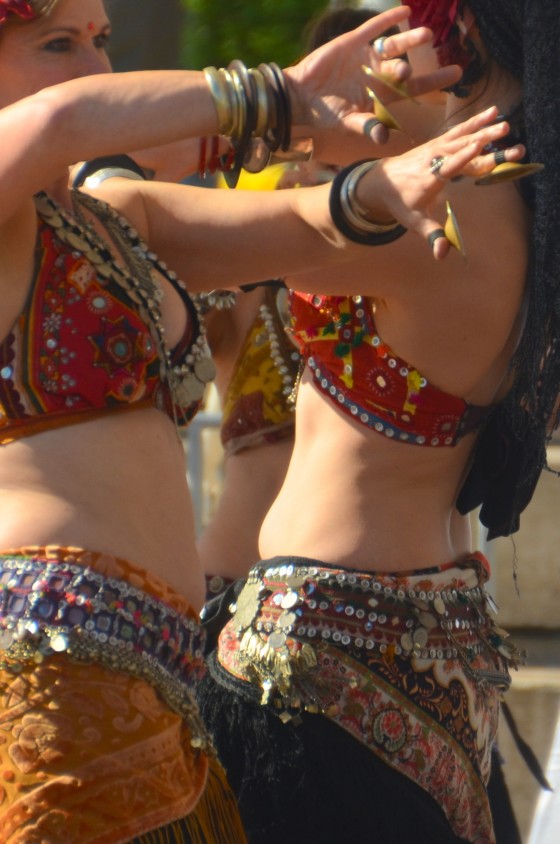 While I’m not denying we’ll be eating, a lot,  the festival is also a ticket to an exuberant afternoon of Nirvana. We find music, dancing, henna tattooing and the chance to share in spreading a wonderful message of unity and peace. And, when I say peace, I actually mean the opportunity for us to smash the crap out of each other with coloured powder! 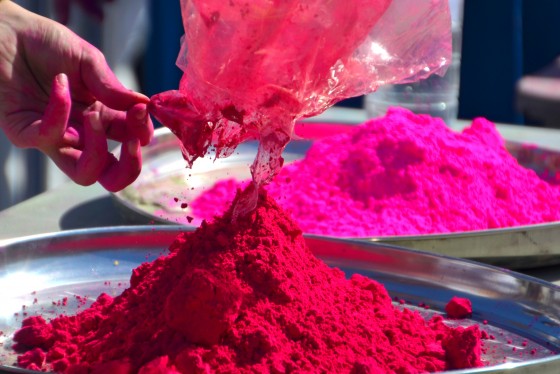 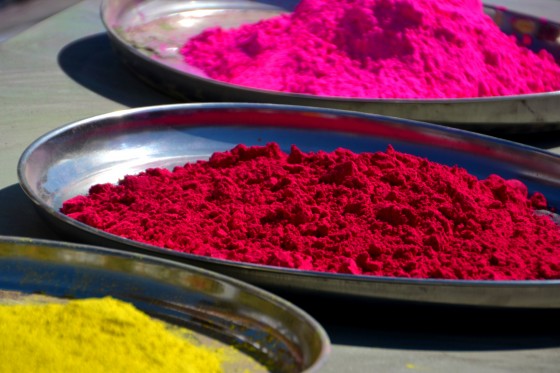 Some believe the origin of the Festival of Colours, as it’s better known, lies with Krishna, one of the three main gods that makes up the holy trinity (along with Shiva, and Brahma!) and one of our personal Hindu faves!

You see, as far as deities go, Krishna was a very naughty boy! Cheeky young Krishna painted the whole of Gokul (his home town) red with his mischief and, it is alleged, loved nothing better than chucking coloured water over the gopis (milkmaids). This, I assume, is what eventually developed into the practical jokes and games of Holi. Most notably the colour throwing part, something we’re about to witness for the first time. At point blank range! 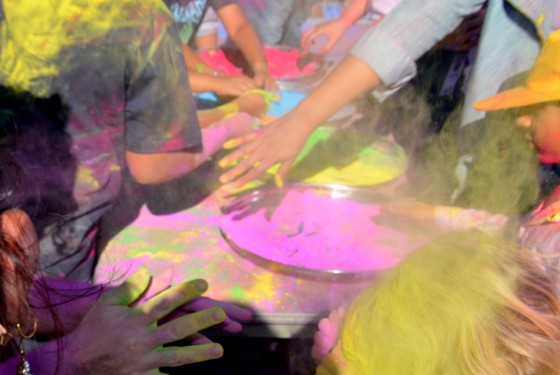 We duck as coloured powder starts to fly. Even though we’re behind a barrier, my face and hair soon turn a vibrant shade of green. “You’re mutating mummy…. like a Ninja Turtle!” laughs my excited, and somewhat turtle obsessed, son. 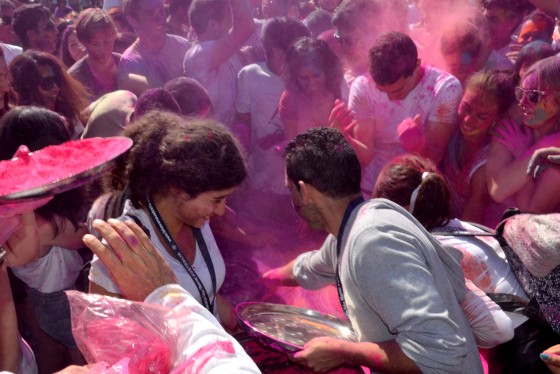 Fast realising that as bystanders we’re missing out on most of the fun and getting covered in colour anyway, we decide to join in the frenzy of powder flinging! 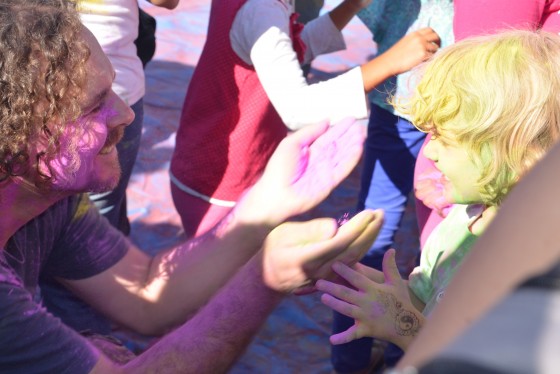 Raffles and Mr Eats World go nuts. Declaring a colour war on each they are soon pummeling each other with handfuls of the gaudy pigment! 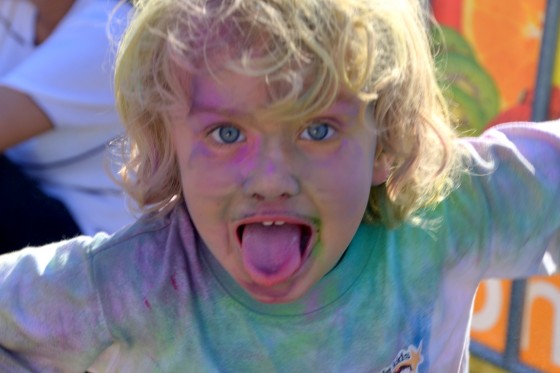 Raffles, doing his best impression of a pantone chart, goes wild attacking his dad who it must be said s giving as good as he gets. As the last handfuls of powder are flung by my rainbow warriors there is no clear victor. Husband and child are both now broadcasting in glorious technicolour! 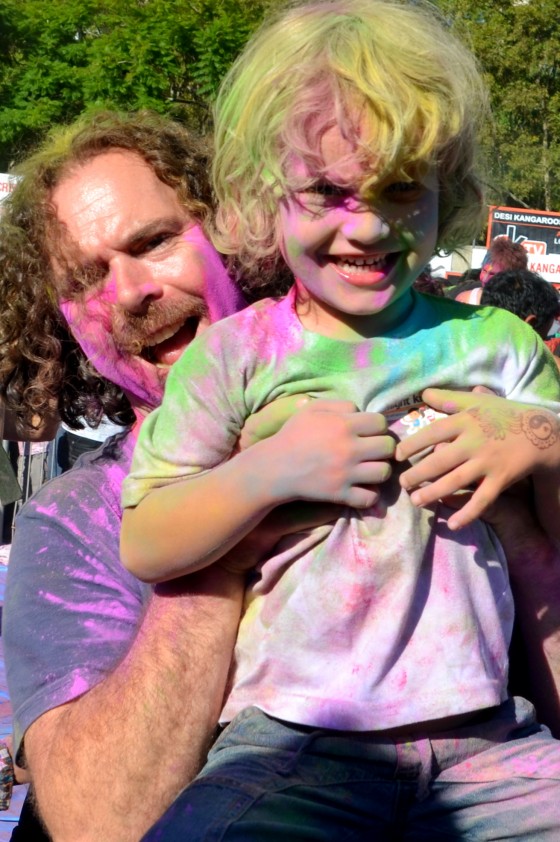 When we aren’t frolicking in the coloured powder we do find the time to enjoy a few tasty treats. First up some chapatis with curry sauce, vegetable pakoras and a nice veggie curry. 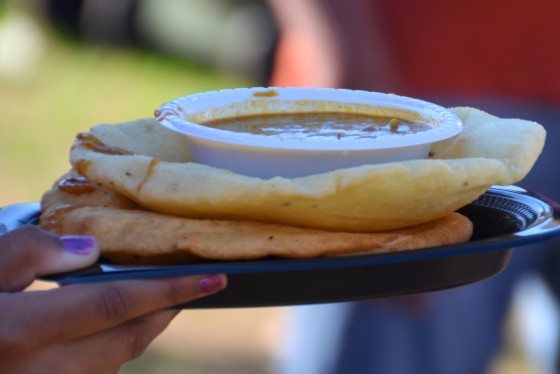 Then gugia and jalebi (which is essentially fried orange batter coated in sugar). 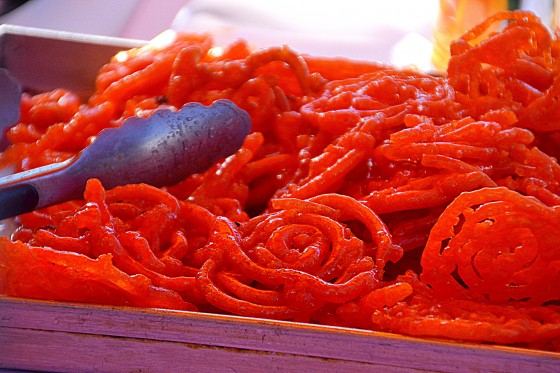 Another curious tradition we discover that is associated with Holi is the drinking of Bhang Lassi,which is pretty much bong water! Okay, so it’s not actually bong water but it is green and it does contain an intoxicating liquid derivative of cannabis. Let’s just say that it’s going to lend a slightly psychedelic edge to all those flying colours! But, though it’s quite legal in India, we Sydneysiders have to make do with a more benign, but seriously tasty, Mango Lassi.

Spent, I have to drag our rainbow hued family away from the festivities, attracting more than a few startled gazes as we catch the ferry home. Bhang or no bhang I’ve got to say, Holi is quite a trip! 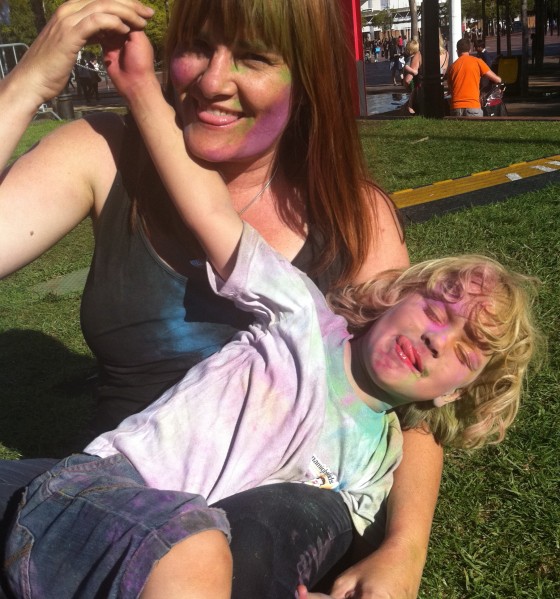