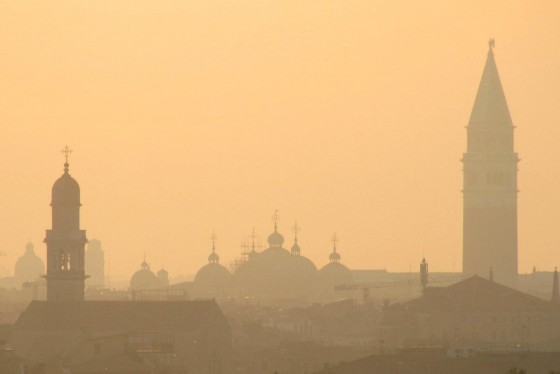 We’re feeling a little Italian inspired at La Casa di Eats World so we’re heading on a little trip down memory lane (or should I say canal?) to reminisce on the ghosts of holidays past and, in particular, on masks and mayhem, Venetian style.

Lording it up in Venice in the most ridiculously over-sized and indulgent hotel suite in the history of over-sized and indulgent hotel suites is not something you’re likely to hear me complaining about. Especially when we’re talking a palace. And our Venetian accommodation is that. Quite literally! The Hotel Pesaro Palace in the lovely Cannaregio district is a stunningly restored 15th century palazzo and our temporary home in Venezia. The main room of our suite (yep, there is more than one) is bigger than our entire apartment back home, with a two-story ceiling boasting OTT Venetian Glass chandeliers the size of a small hatchback. 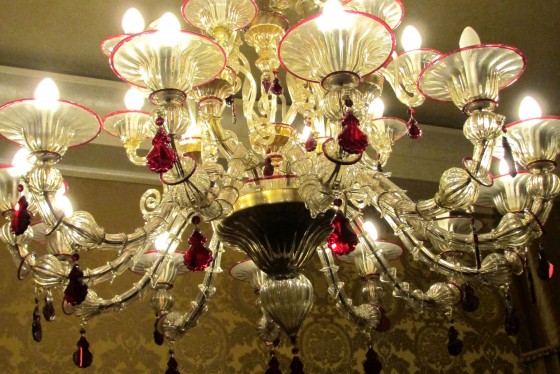 Deep red silk walls, a marble bathroom the size of the average football field and two-story windows with billowing silk drapes opening dramatically to not one but two balconies overlooking the Grand Canal certainly don’t detract from its charm. 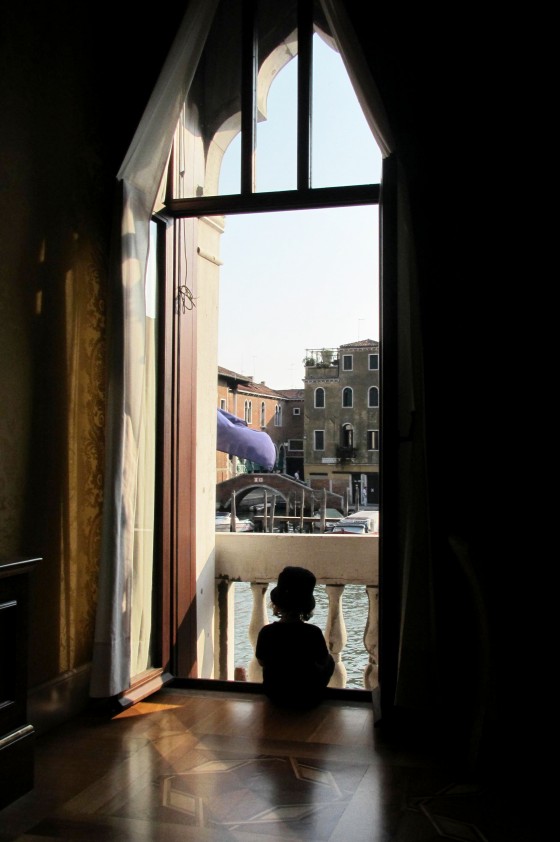 Am I gloating? Hell yeah! I’m poking out my tongue and singing “ner nee ner” as I type. The highlight of our European family sojourn, this is the kind of room Venetian fantasies are made of.

Everything is so… big! Even the bathrobes! 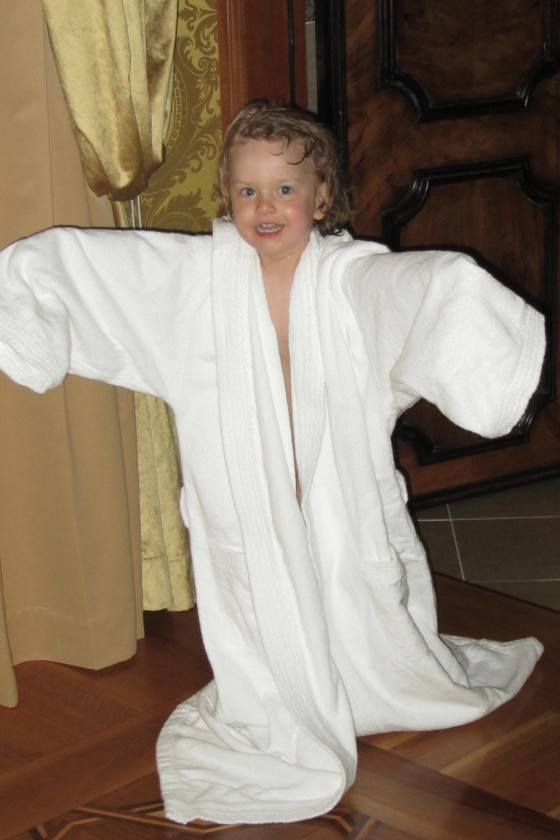 The bed itself is so bloody huge that all four of us sleep together and can still stretch out with a full arms length between each other.

And it is at this point that my gloating concludes and I drop my eyes shamefaced, because no matter how fab this bank breaker of a hotel suite is, and it’s certainly been a budget blower, there is no room for “fantasy” for a couple who are sharing their bed with two small, snuffling, squirming, sweaty, farty children both of whom need to be asleep before 8pm.

And so, instead of falling into each others arms swept away by the romance of it all, we sneak out on to our little balcony and sit on the concrete step in our fluffy hotel robes with a bottle of cheap Prosecco and plastic cups to watch the child free world go jauntily about its business. 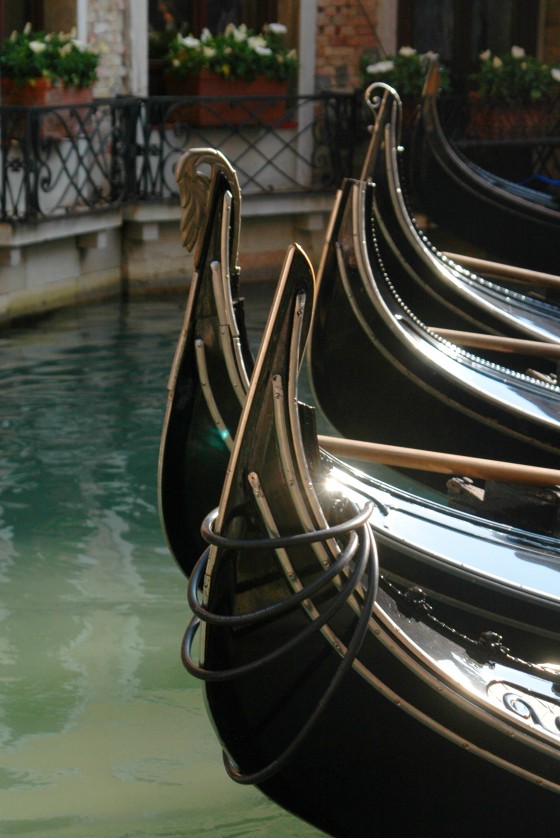 Though undeniably divine, Venice is an adult kind of town bursting with museums, art galleries and glass stores (think bulls and china shops with the all-dancing and ever exuberant Raffles in tow) and a tad bereft of kids’ activities, there is still plenty of intrigue to keep a couple of pint-sized nut-jobs amused. 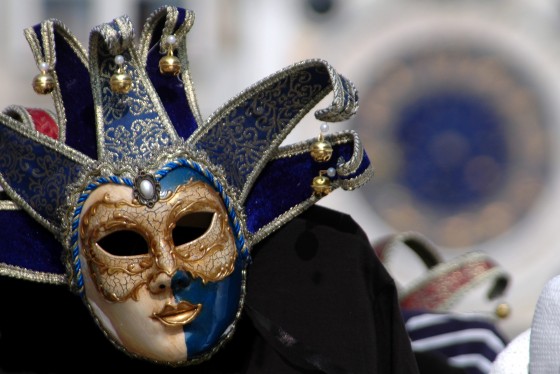 If gondola rides, gelati and granitas aren’t enough, then pizza, palazzos and pigeon chasing in the piazza certainly do. 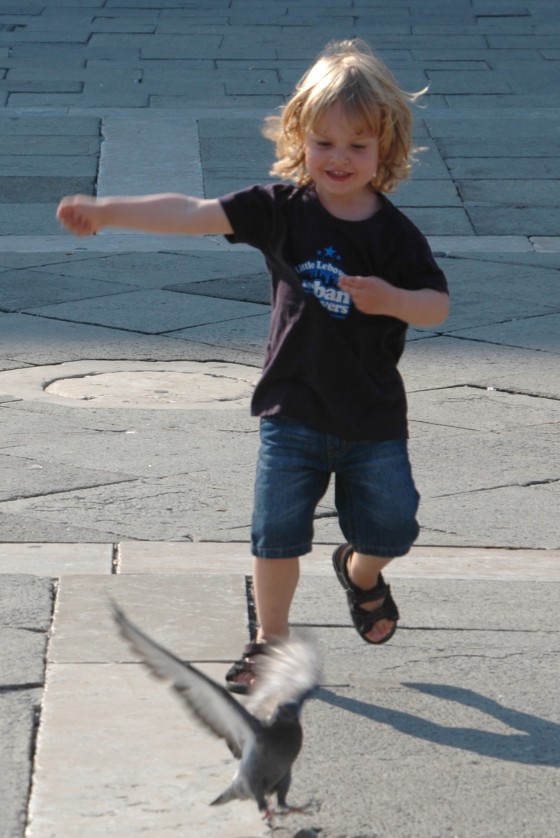 Raffles spends his days wrapped up in the magic of his own lunatic head convinced he is Prince Charming. And I do sneak in a little art appreciation at the Doge’s Palace, though the allegedly spectacular artworks are more a colourful blur as we’re marched passed them at warp speed by our son.

I mean, why would we want to look at old paintings when there is a perfectly good armory waiting, full of just the kind of weapons and armor a pre-school fantasist Prince requires?

My little prince swans about through the watery world of the Venetian canals.. 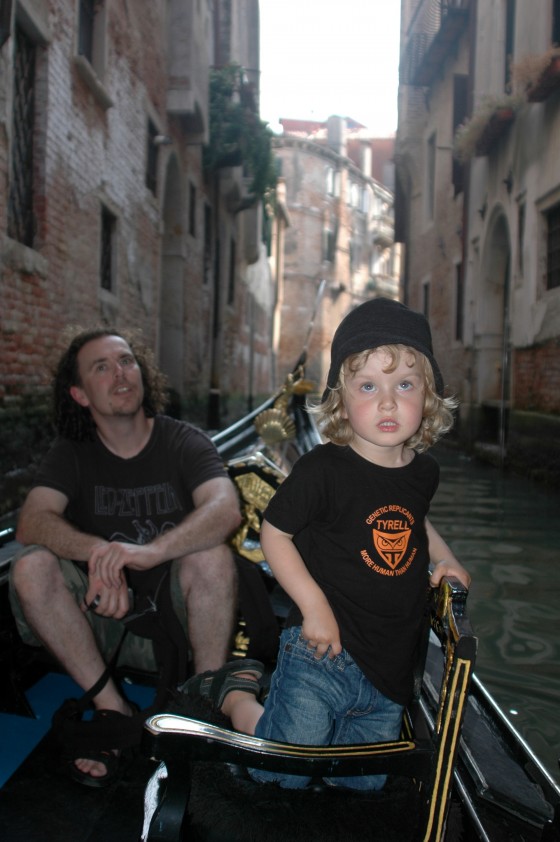 And lords it up on the imaginary horse he rides up and down the narrow lane-ways, clip-clopping all the way – looking and sounding all the world like a scale version Monty Python movie. 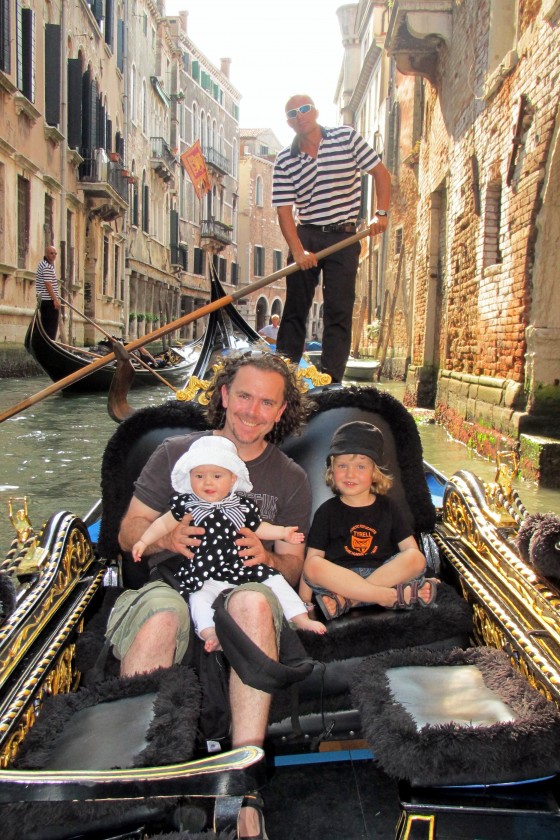 Me, I’ve visited Venice before and it is, without question, one of my  favourite places in the world. 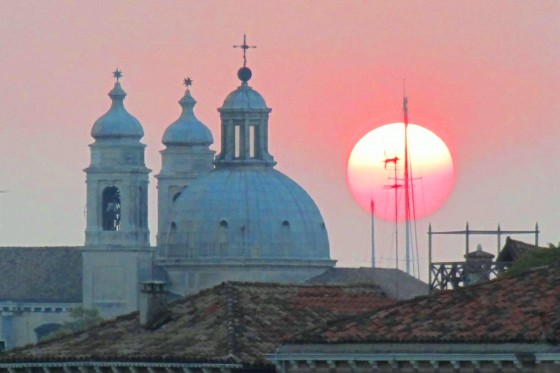 Shrouded in history and mystery, the city’s impossible decrepit beauty is so exquisite it makes me weep. 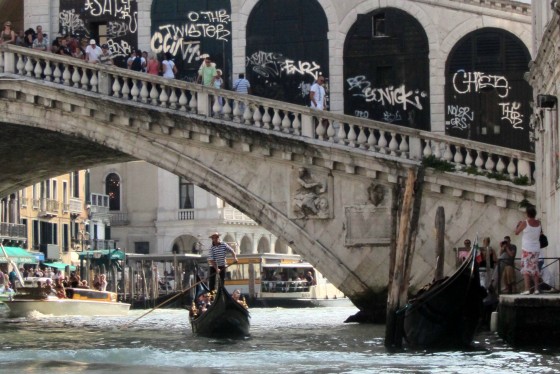 But to a small child, it’s not the lacy architecture of the Doge’s Palace, the arches, duomos or gilded spires that inspire tears. 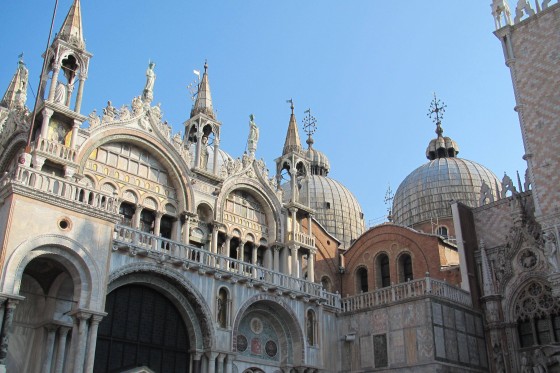 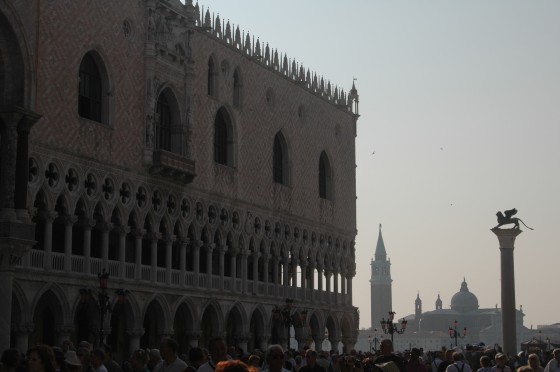 Nor the Gothic window tracery or pretty  footbridges. 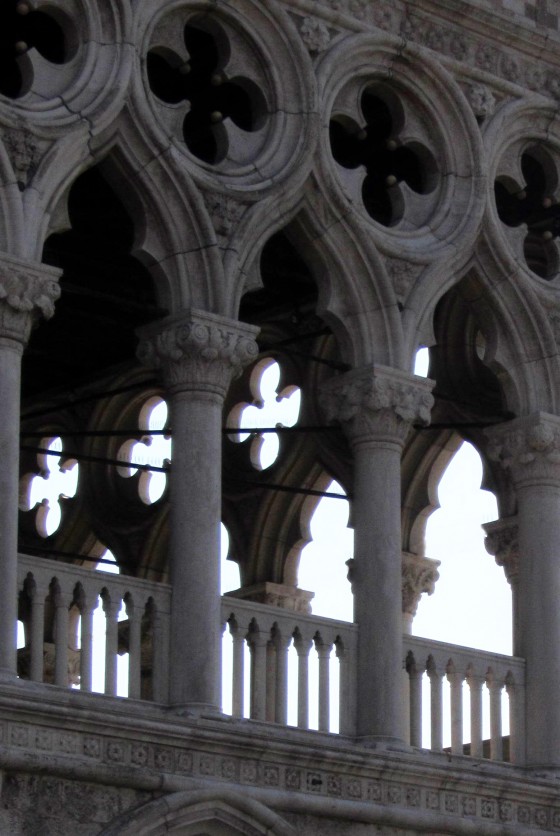 Not even the labyrinthine streets  or interwoven canals, crowded with Gondolas. 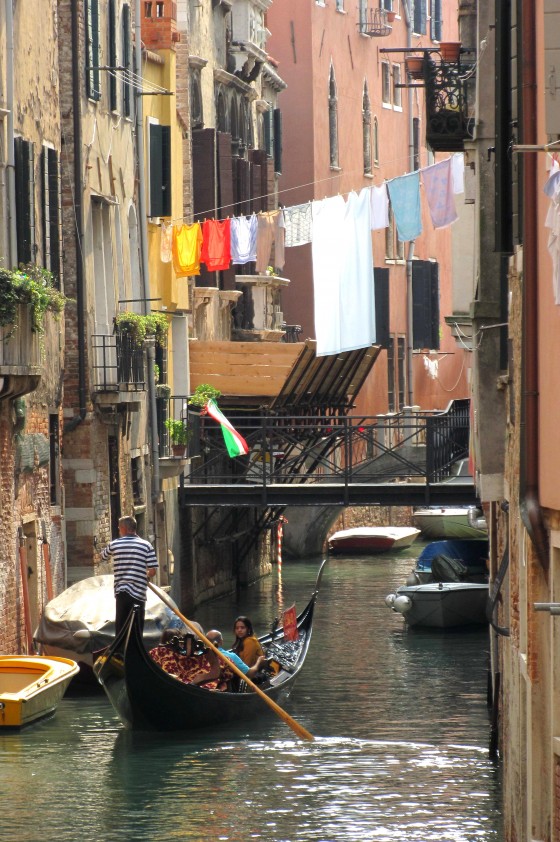 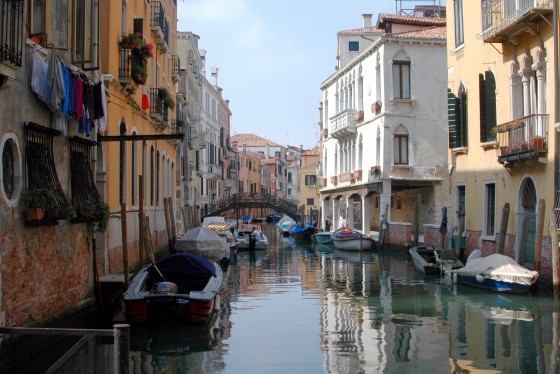 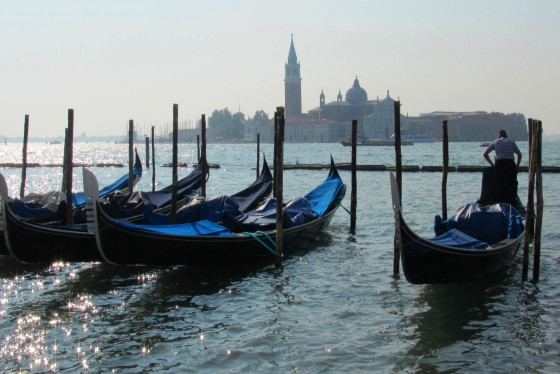 I swear there is at least one per head of population. And Raffles fretfully tries to work out how he can possibly try them all. Or if not all, which one? He is genuinely concerned about getting it right so I suggest that we just leap in to the closest one and if it’s not up to scratch then we’ll try another until we get it right. And so he chooses a gelaterie and settles in with some icy treats.

Strawberry ice cream is Raffles one true love and he tucks into his first genuine Italian gelati with joy. Even his young palate notices that it tastes like actual strawberries as opposed to strawberry flavouring.

But love is a fickle thing to a pre-schooler and after asking for a taste of his mama’s granita, a new infatuation takes possession of my boy and he fast develops an ice habit that would put the most dedicated meth-head to shame. (So much so that on our return home Raffles asks a bemused Santa for a “granita machine” for Christmas, a wish the jolly bearded one benevolently grants, ensuring we all enjoy a summer of icy goodness).

Sugarpuff is still pretty much only inspired by breast milk and puree on this trip but the city has inspired Raffles to get his foodie on. In fact Venice proves a great place to introduce our son not only to a little history and culture but a whole lot of local food traditions.

We’re starving so we visit Baccaro Jazz, right next  to our Palazzo (oh how I could get used to saying that!) in the Cannaregio district. It’s a quirky place to say the least. The roof is strewn with a bevy of brassieres and the soundtrack is Billy Holiday but the menu is all Italian. I’m straight into the Bellini’s. And it’s a no brainer for us to try a pizza. When in Italia and all that… well, jazz!

Raffles (who also works under the pseudonym Devilboy) somewhat predictably loves the Diavola with its spicy salami topping. It is simple but fiery and the wafer thin crust perfectly crisp.  And it’s love at first bite!!

Each evening we pop into one of the many trattoria’s behind our hotel, choosing places where the locals outnumber the tourists. Not interested in being humoured by the benign kid’s menus which keep being proffered, our son is in an experimental frame of mind and is keen to try something new each meal.  The Scampi Alla Busari, simply grilled with garlic and drizzled with olive oil is particular favourite as is  Seppie, cuttlefish cooked in its ink and served with polenta. Raffles  declares the blackened dish “too ugly to eat” and while he’s right that it is not a pretty dish, one taste affirms that it is most definitely a yummy one.

At Harry’s Bar, we eat Carpaccio, raw thin slices of meltingly tender beef splattered with a sauce made from mayonnaise, mustard, cream and tomato with an enthusiasm that would make Jackson Pollock proud and I, once again, get my Bellini fix, after all this was the place they were invented. You can’t argue with tradition… in fact, I best get two.

We lunch on pretty Burano Island, quite the most colourful place I’ve ever visited. 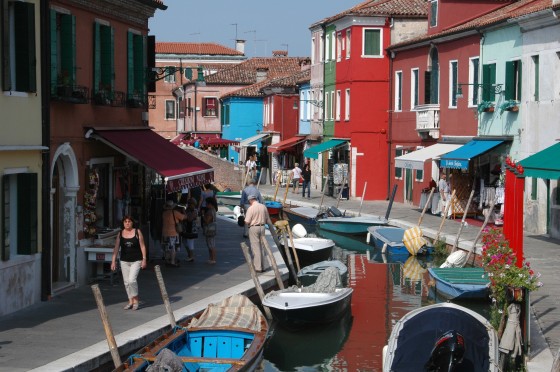 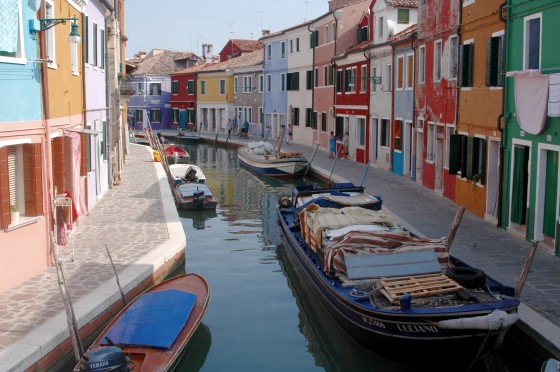 Noshing on Fritto Misto, crispy bites of delectable seafood and Risotto Pesce, rice cooked with fish, my gluttonous wee boy laps it all up, begging for more. No parent can ask for more than that.

But it’s time to get on our bikes… 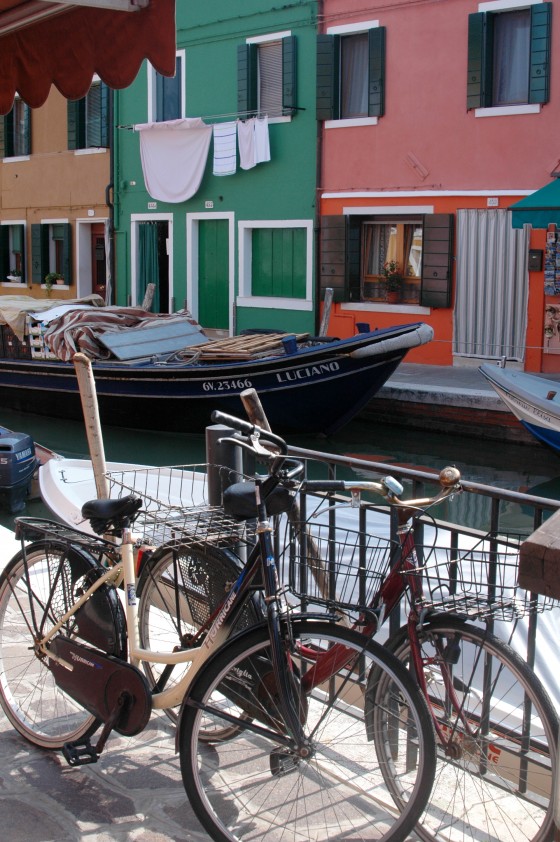 After three glorious days of conspicuous consumption, Italian style, it’s time to say arrivederci. As fab as Venice is, our stay is a short one as we’re here to “take a ship”, if you’ll pardon the expression, around the Adriatic.

As a spy movie sexy wooden speed boat taxis us up the Grand Canal to the port, our eccentric offspring is beside himself. As are we at the surreal site of the little loon striking a dramatic pose on said speedboat dressed in an ensemble of sunhat, Hawaiian shirt, camo shorts and a mysterious feathery Venetian mask that he acquired at a market stall in the piazza. He looks more than a little like the showgirl love child of Hunter S. Thomson and Zorro.

Regretfully, the unconventional outfit does not amuse the local customs officials who need to see his face so we can board our ship. Convincing a stubborn pre-schooler of the necessity to do this proves problematic and a mini meltdown ensues!

After several years of screaming he final yields to the customs office and his de-masking demands, gets his passport stamped and its time for a whole new international adventure. “Ciao baby, we’ll be back!” 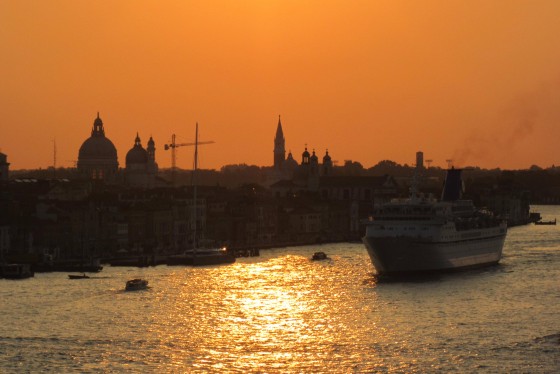