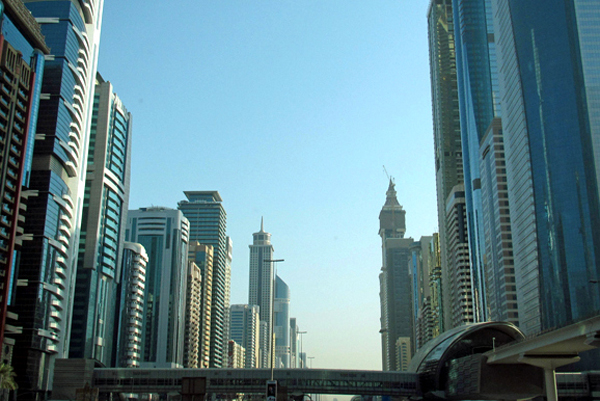 Dubai is one seriously hot destination for families! I’m not kidding, it’s 40 freakin’ degrees in the shade when we exit the sweet, sweet sanctuary of the air-conditioned airport on our first visit to Dubai with kids. It takes less than 90 seconds to get to a waiting car and I’ve already built up a sweat. I’m positively glowing. And by “glowing” what I actually mean is that I look like I’ve just jogged the Kokoda Trail in a fur coat and Ugg boots.

The make-up is sliding off my face and my hair is damp with sweat and I gaze with a mixture of confusion and awe at the serene and perfectly perspiration-free local ladies floating about elegantly in their hijabs. How do they do it? I swear they must have shares in Rexona.

Luckily for bedraggled me, Dubai is a clever city and, with most of its attractions inside or waterside to counter the high temps, those molten ninety seconds are the only time we’re really bothered by the heat on our short stopover. Meaning my career as a mascara-smeared Courtney Love impersonator is over before it really began.

A startling combo of traditional Arabian culture and futuristic metropolis, Dubai is a mind-boggling exercise in conspicuous consumption. 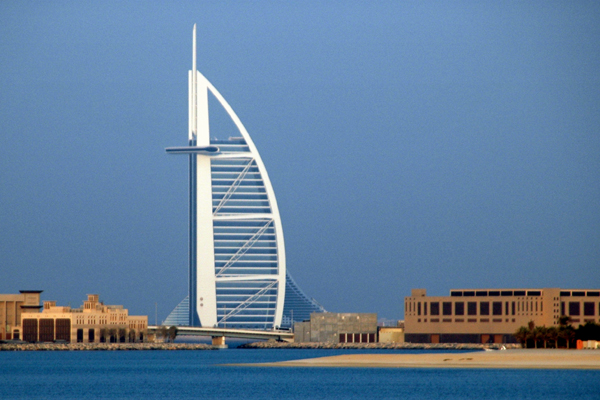 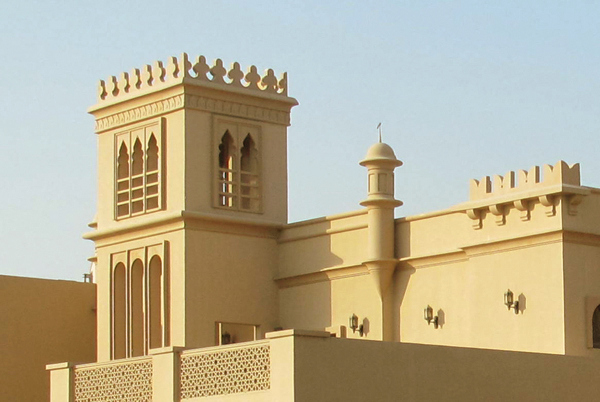 From its cloud-busting “mine’s bigger than yours” skyline.to its sprawling resorts and enormous shrines to consumerism (better known as malls) that boast everything from the expected luxury label stores to aquariums, an underwater zoo, theme parks, playgrounds and even snow-covered indoor ski resorts, the city is a desert Disneyland. 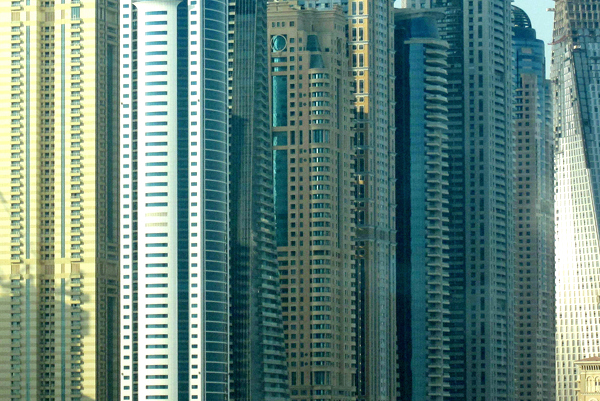 But we’re only here for one night so the malls, and my grateful wallet, will remain unmolested. Instead it’s up to our resort, the sprawling Atlantis The Palm,  to give us a little taste of Dubai. 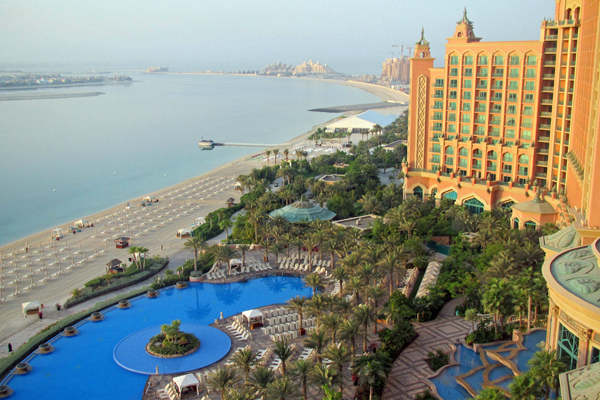 For Raffles, it is love at first sight which, given the enormity of the place, is several kilometers before our actual arrival. Indeed, the resort is so big that we could stay a week without scratching it’s incredibly shiny surface. 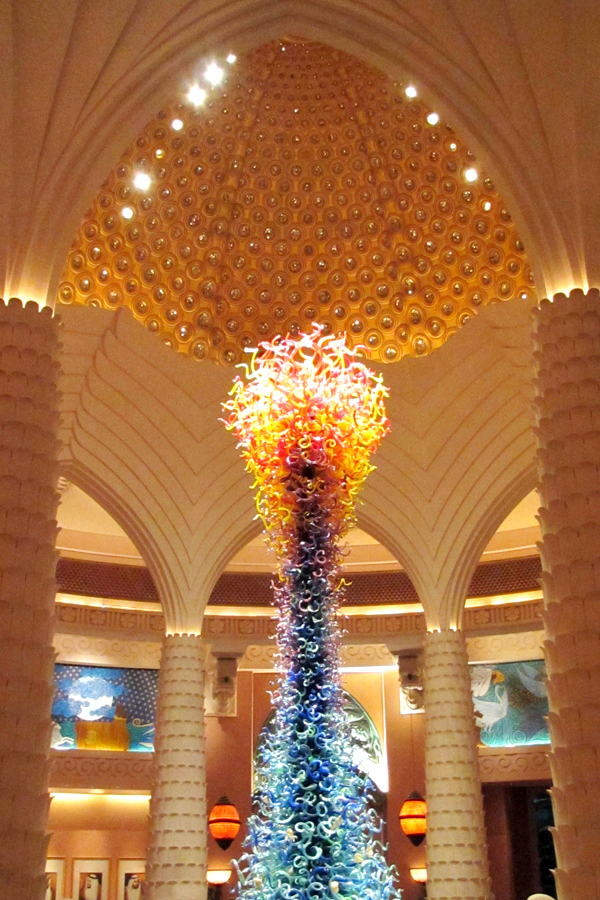 We’ve arrived at lunchtime – handy given the resort’s abundance of eateries (including a spectacular outpost of Nobu calling out to us in all its jet-lagged child unfriendly glory) and our inclination for stuffing our cavernous gobs!

Ronda Locatelli, a contemporary Italian helmed by Michelin-star celebrity chef Giorgio Locatelli, is a touch more appropriate for our jet-lagged clan. Extremely kid-friendly, it isn’t fussy or pretentious and while (like the rest of Atlantis) the decor is a touch on the wacky side and not remotely reminiscent of Italy, the food, in all its rustic regional Italian glory, sings. From the selection of warm fresh breads to the perfect ribbons of hand-made linguini that is a revelation of texture and taste made all the more luscious by its accompanying chunks of tender lobster, our meal is a lesson in Italian perfection.

At the Ambassador Lagoon, the extraordinary centrepiece of the resort, we are struck dumb at the sheer size of the stunning 11 million-litre fish tank that is a (several-storey) window into the wonders of the deep and home to the mythical lost world of Atlantis. 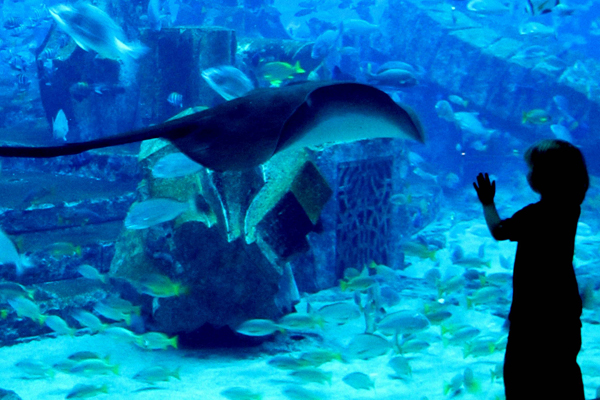 We head off for an underwater adventure in through the stunning maze of underground passageways of the Lost Chambers, and its thousands of underwater residents. 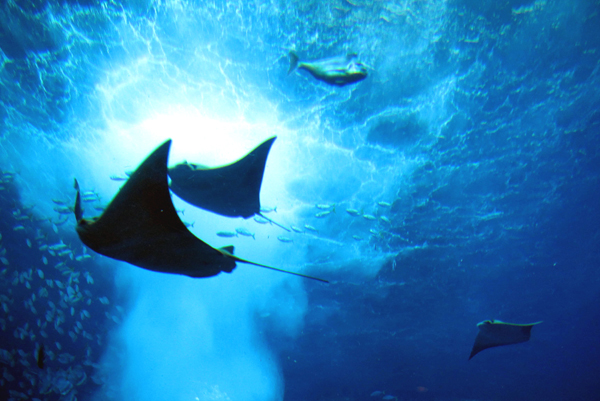 After a visit to the Atlantis Kids Club, a cornucopia of adult-free fun – think climbing walls, a tech zone, underwater amphitheatre and arts and crafts – there’s time for a quick twilight splash in the pool before we shoehorn in yet more food at Saffron, an international-style buffet, and waddle our way to bed. 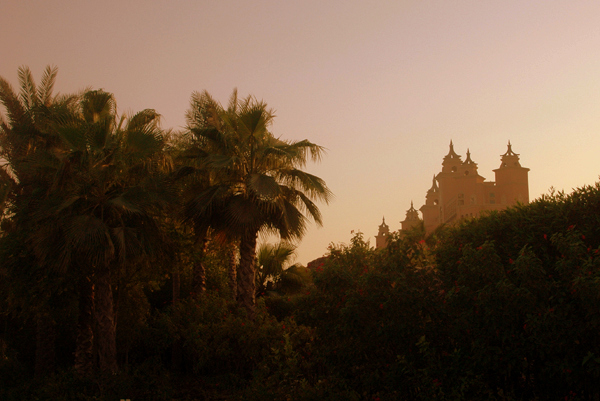 We awake to mystical morning views and a knock on the door from room service delivering our Arabic mezze style breakfast. The labneh is divine and I may or may not have eaten all of it. 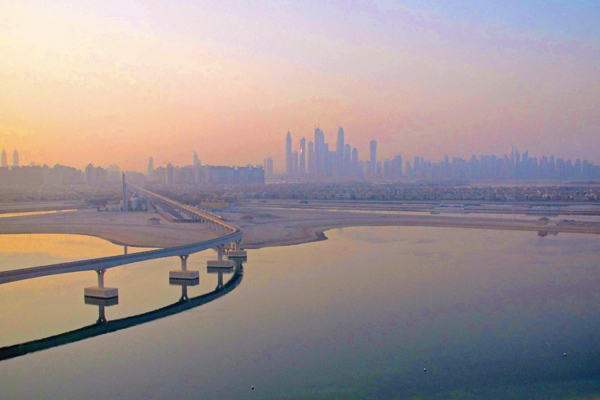 Several kilograms later, we’re off to explore the resort’s in-house waterpark,  Aquaventure,  where Raffles and Mr Eats World attack each other with water cannons and clamber about the climbing frames of an elaborate water playground while Sugarpuff and I happily splash about in the shallow water. 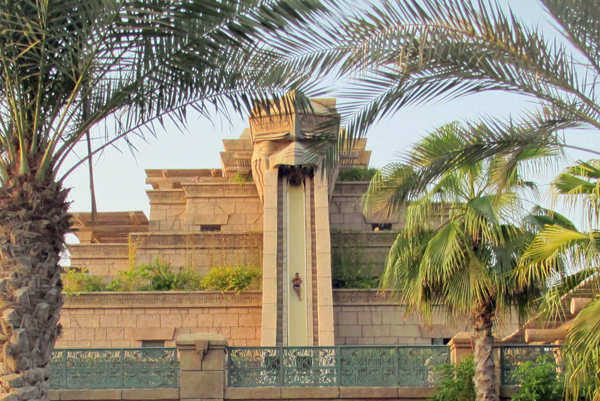 Then it’s off to laze on the beach…. 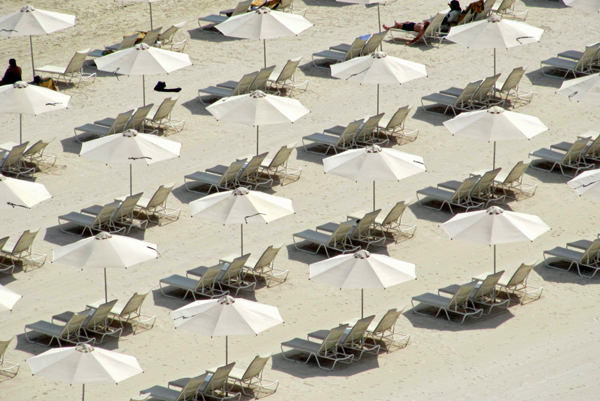 Take an even lazier ride down the river and then pay for all that slothfulness at Ziggurat temple and its seven coronary inducing water slides, one of which shoots us, sans offspring, through a shark-filled lagoon, screaming profanities all the way.

There are still dolphins unmet, slides unslid and rapids unridden but we are just about of time…

As we ate our way in, we’re going to eat our way out of Atlantis The Palm so we squeeze in a pit-stop at the Cold Stone Creamery (in the resort’s mall – I told you they’re everywhere) to create our own gluttonous ice cream masterpieces. We gobble them down on the way back to our room to prepare for our afternoon flight home in clothes that are suddenly feeling a little tight.

There’s been little time this time to delve into the culture of Dubai on our whistle-stop visit but it has still been an education. You see, I think we may have uncovered the secret behind the sinking of the original Atlantis… it was just weighed down under all those lovely calories!