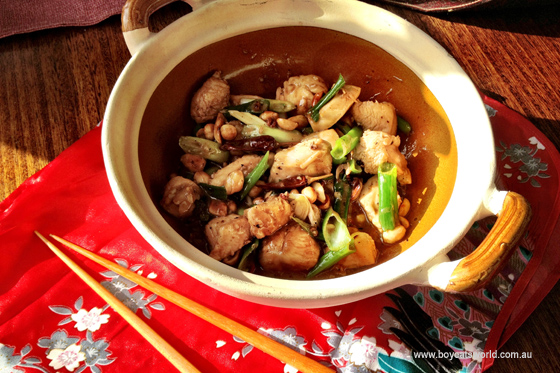 Kung Hei Fat Choy! The snake has slithered off and the horse has galloped in to greet the Chinese New Year. Giddy. Up!

To be frank, I’m thinking there’s probably very little galloping involved and a lot more rocking, given this year’s horse is wooden. And by wooden I’m not comparing it to Keanu Reeve’s acting skills. Let me explain… 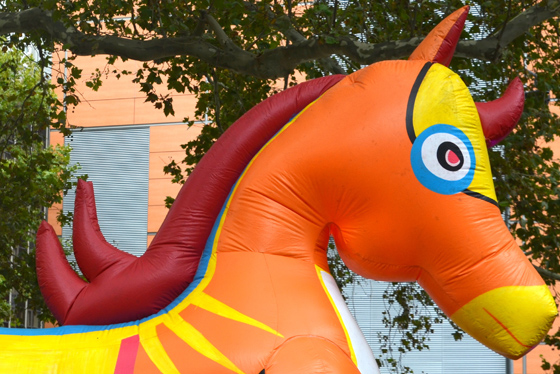 Originating in the Han dynasty about two and a bit millennia ago, give or take, the Chinese zodiac attributes the character of each of the years in its cycle to a different animal –  the rat, ox, tiger, rabbit, dragon, snake, horse, goat, monkey, rooster, dog and pig. Five elements – earth, water, fire, wood and metal – interact with these animals to create the unique personality of the year ahead. Ergo, in 2014, any winnying will be of the wooden variety.

The 15-day celebration began a few days ago, with the first new moon of the lunar calendar. But, as the Eats Worlds love an extended Chinese New Year bash, we started the fun and feasting a good week ago at the colourful Chinese New Year Market in Chinatown where the kids sang, danced and stuffed their faces full of noodles, dumplings and duck.

We joined the throngs of devout Buddhists giving alms to a sea of orange clad monks. 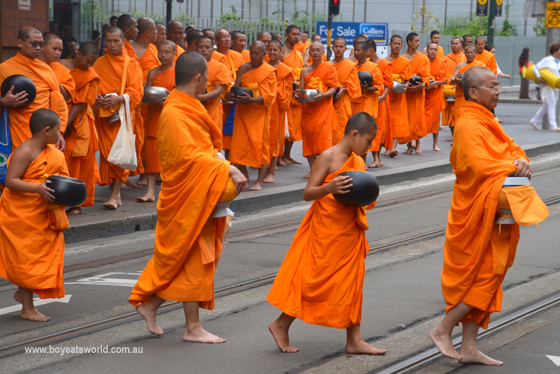 And Raffles put in a good word for us with the God of abundance and wealth. 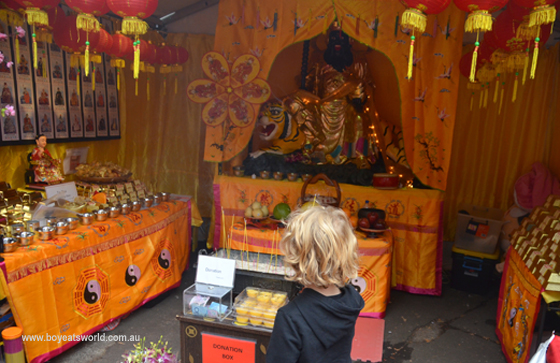 We dodged dragons as they invaded Chinatown’s Belmore Park. 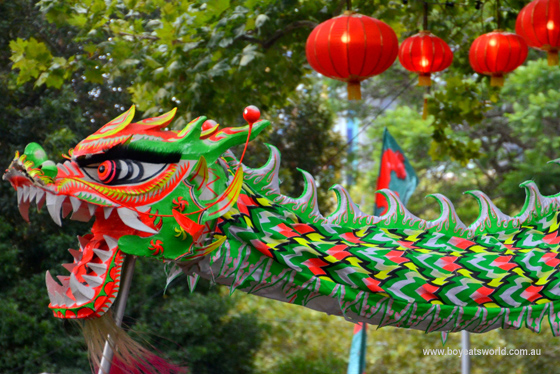 But my wee dragon tamer soon had them under control. 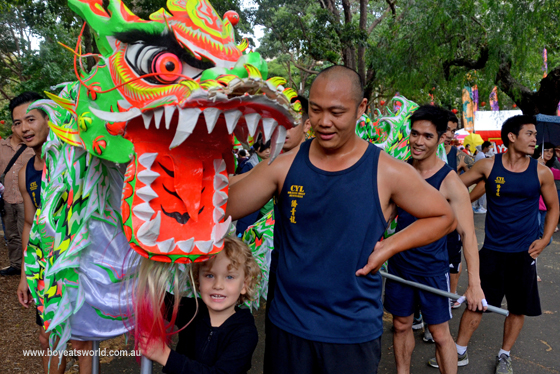 Inspired by the “real live ninjas” at a martial arts display Raffles kung-fu danced the day away. 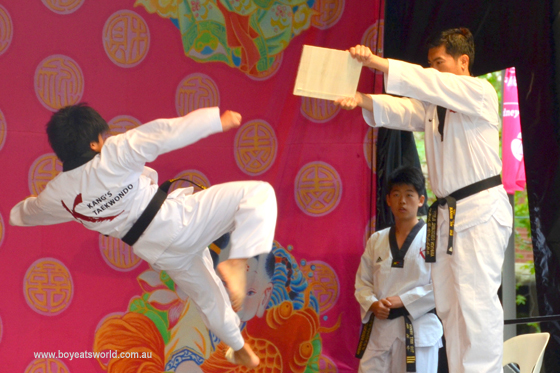 Actually, that’s a lie, they didn’t have anything to do with it… my bouncy boy pretty much kung-fu dances away every day and is globally renowned for his inability to simply walk.

The kids made sparkly horses in the craft tent… Sugarpuff ensuring extra glitter and pinkery is added to her pretty pony. 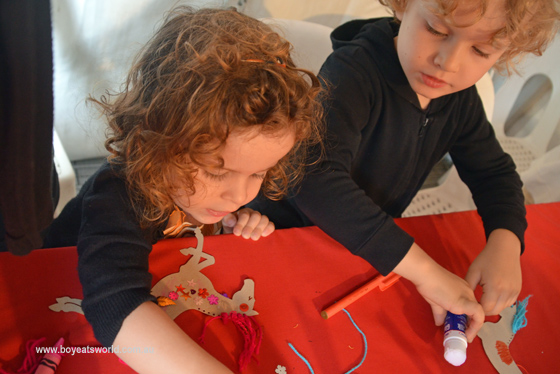 And Raffles is chuffed to meet one of his foodie heroes at the festival, the lovely (and hilarious) Alvin Quah, creator of an awesome recipe for Drunken Chicken with Bruised Salad (which you can easily find on Google) that is served on high rotation at Casa Eats World. 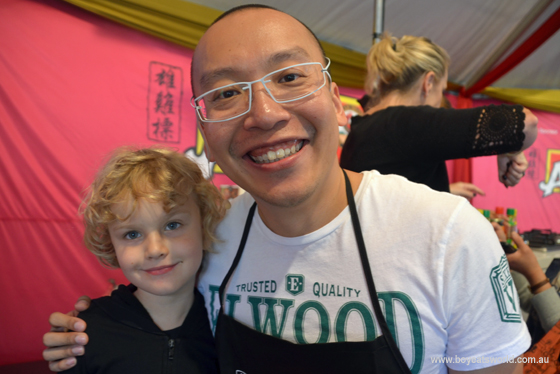 Between copious gobfuls of Chinese deliciousness at the market stalls, Sugarpuff gets into the spirit of the year of the horse with a ride on one of these guys. 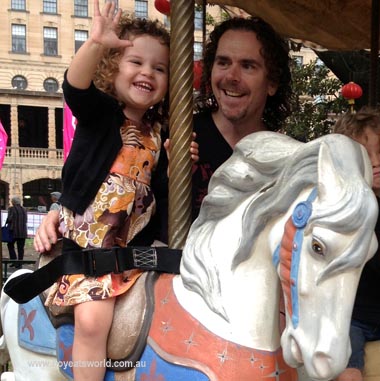 Our celebrations didn’t stop there and during the week my crafty cuties did lots of horsey sticking and cutting and colouring (and by horsey I don’t mean the glue was made from pony). There was also plenty of cooking and chatting about Chinese festive traditions. Oh, and much watching of Kung Fu Panda and Mulan – fictional movies about talking animals being integral, in my kids opinion, to celebrating any culture.

Through these we’ve learned that scrawny dragons who sound exactly like Eddie Murphy can provide invaluable comic relief during battle and that gormless pandas wear pants, can be trained in martial arts and are raised by noodle making geese. Important facts that I’m sure will come in extremely useful for my children in their everyday lives.

Last year, without these animated aids, we learned about the need to appease snitchy Kitchen God, Zao Jun who, in the days leading up to the Lunar New Year, returns to heaven to narc on the deeds of each household to the Emperor and Raffles reminds me to buy a little Nian Gao, a sticky treat made of brown sugar and glutinous rice flour, to gum his gossipy gob shut.

We also learned that on the days immediately before the New Year, it is tradition for families to give their home a thorough cleaning which the Eats Worlds, between all that scoffing and sticking, conveniently forgot about this year. So on the first day of the Lunar New Year, when it is considered bad luck to sweep (which suits my lazy arse down to the ground) we enjoy our home-cooked Chinese feast in happy squalor.

For our feast, Raffles had suggested we fry up a little horse, missing the point somewhat, but luckily for the local equine community, agrees instead that we should do as tradition dictates and enjoy a more symbolic and auspicious menu. So instead of a pot of pony pieces, we enjoy steamed Fa Gao prosperity cakes (you can find my recipe for those here). 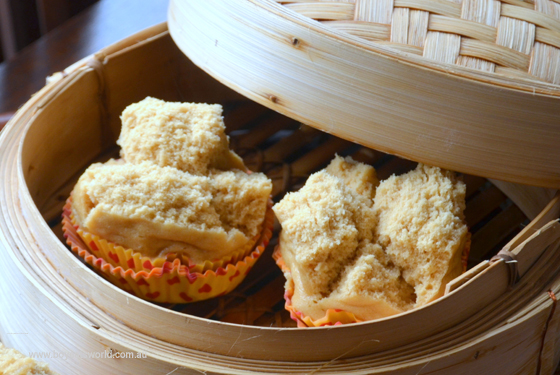 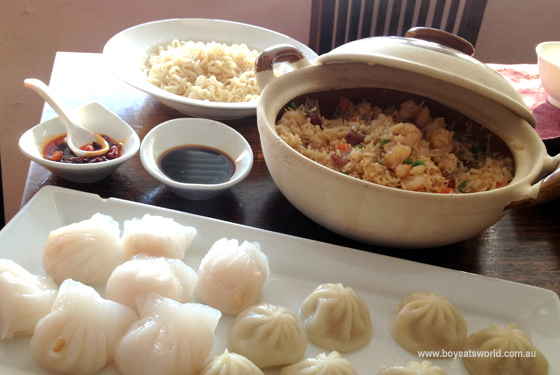 Chicken is also considered particularly lucky as it symbolises togetherness of the family, which is what tonight’s dinner is all about, so we also enjoy a bowl of Kung Pao Chicken, another firm East World family fave.

The spicy stir-fry is made with chicken, peanuts, vegetables, numbing sichuan peppercorns and huge wads of chilli which can be a bit overpowering for little tongues.  I’m sharing my recipe for Kung Pao Chicken here but I pare back the spice a touch to make it a little more kid-friendly, so if you like yours extra spicy and numbing just add a little more chilli and peppercorn to taste.