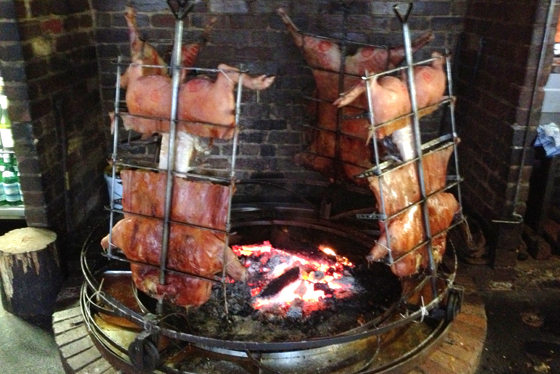 “Argentina is in South America. Porteño is in Surry Hills which is not in South America, it’s in Sydney but it is still Argentinean because that’s the food they make. And it’s really, really cool.

I liked Porteño as soon as we arrived because it’s big and comfortable and they played rock music which I love and everyone just seemed to be really happy. Plus there is a cow chair which I wish we had at home.

There’s a fire pit at the restaurant where they cook all the meat and I could see the guys making the food. They all had loads of tattoos which were awesome.

They looked like rock stars and I think they might actually be the coolest chefs in the whole world.

We ordered loads of food. Dad and I arm wrestled over what to order and I won! 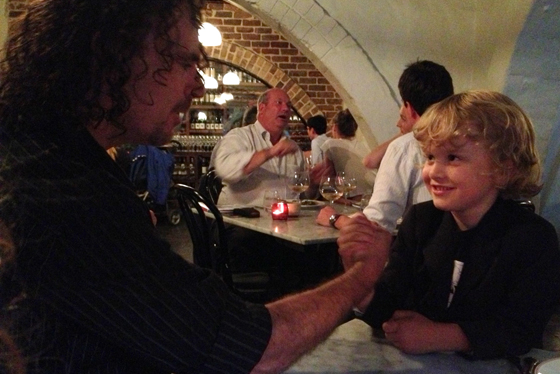 The pork pate was smooth and soft and so good that I almost face-planted in it. And I made mum order me more. My baby sister liked it too.

The chorizo was the best I have ever tasted. And I’ve tasted a lot. It was so good that if you didn’t like it there would have to be something wrong with you. I wasn’t so sure about the morcilla (blood sausage) but mum and dad liked it so much that I thought they were going to give it a cuddle. 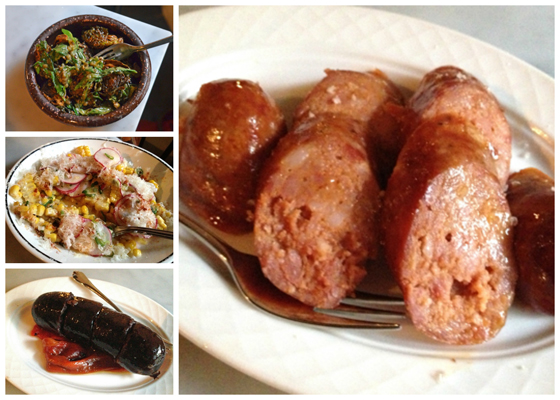 We had the pork (8 hour wood-fired) which was delicious – it was even better than my dad’s pork chops but don’t tell him I said that. 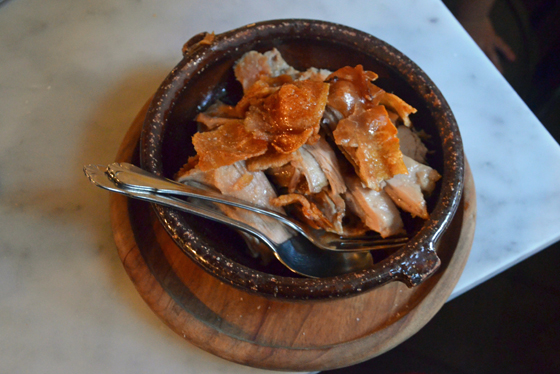 They had a lot of vegetables too… the cheesy corn was really yummy but I didn’t get to try the crispy fried Brussel sprouts because mama ate them all. But that’s ok because it was her birthday.

We finished dinner with an Argentinean Pavlova with a candle in it and we helped mama blow it out because she’s getting a bit old. 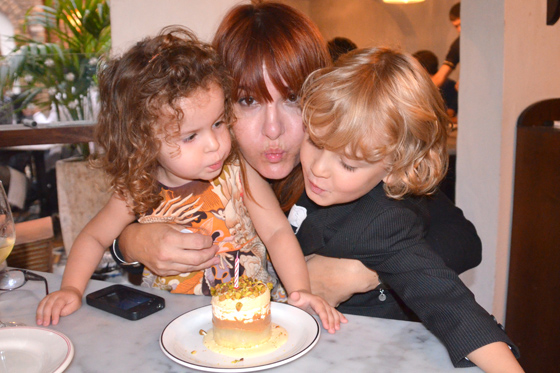 I think Porteño rocked… and I think my mama rocks too.” 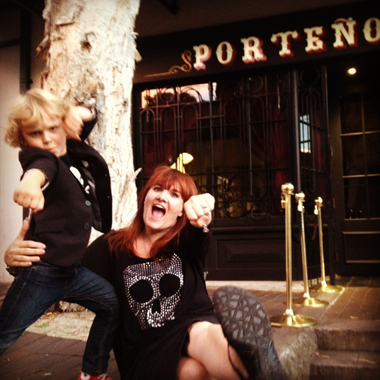