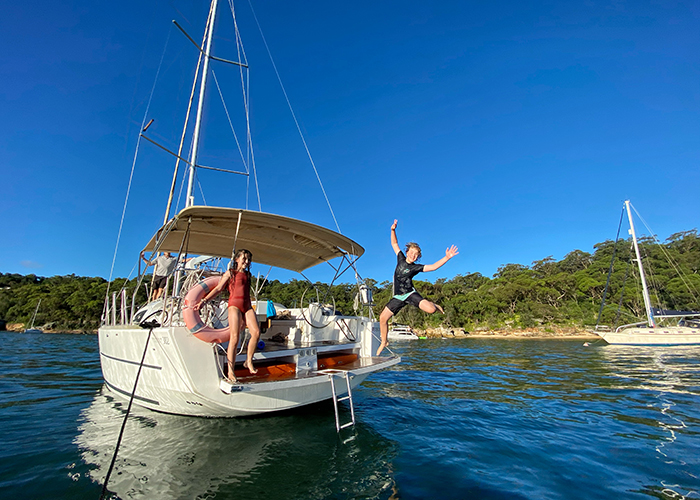 “You’ll never take me alive” shouts Raff as he leaps straight off our balcony, having nabbed the last remaining chocolate that’s been generously left in our accommodation as a treat. His annoyed little sister follows straight in after him, intent on revenge.

But I’m not worried by their dramatic exit. Our balcony? It’s actually a deck and we’re soaked by their wake as they hit the water. You see, this is just any harbour hotel, we’re enjoying an indulgent sleepover right on Sydney’s magical Harbour in the luxury 45-foot yacht, James Chin. 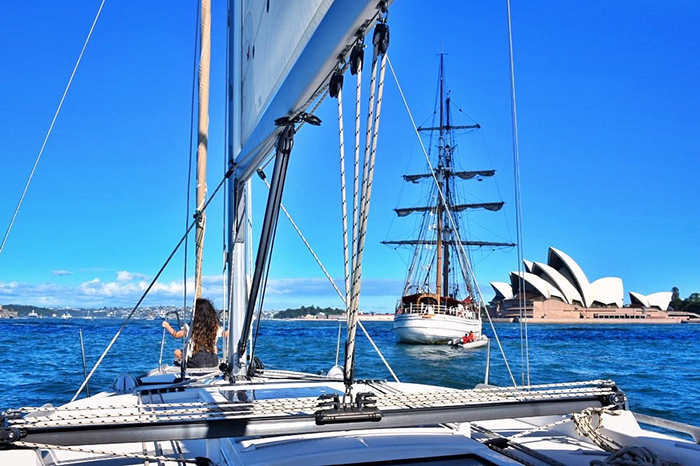 This gorgeous vessel is just one of a sophisticated fleet of charter yachts managed by the team at Sydney by Sail, one of the oldest sailing businesses in Australia, led by Olympic yachtsman Matt Hayes. 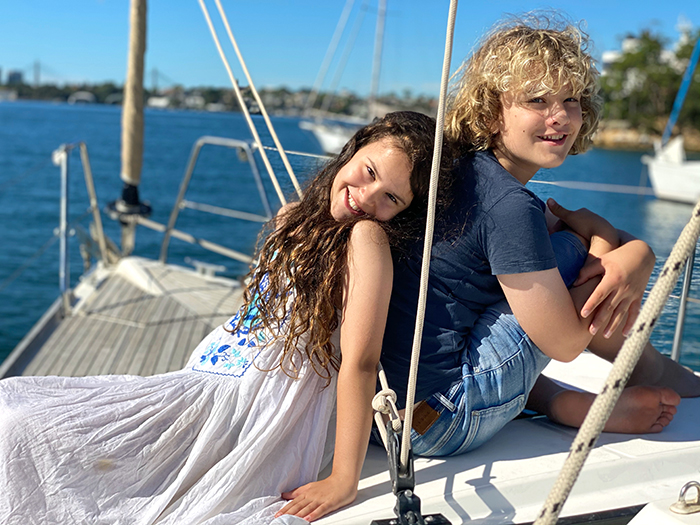 Departing from the Australian National Maritime Museum in Darling Harbour, we’ve toddled around Sydney Harbour on a two-hour afternoon sail, our friendly skipper teaching the kids the ropes. Turns out they’re fast learners and are soon hitting us up for ongoing sailing lessons once this particular seafaring adventure is over. 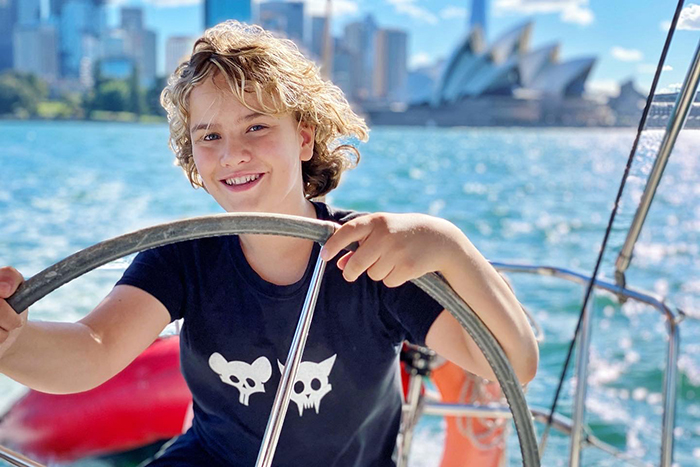 While they take the wheel, I kick back and soak up the sights like an overindulged sloth. But they can’t help but join me on a break from all their “hard work”. 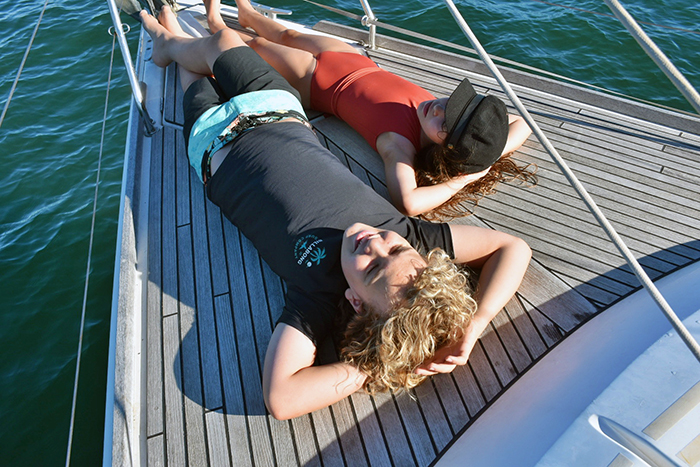 Then its time to make a brief pitstop in in Athol Bay, right alongside Taronga Zoo, for the kids to enjoy some salt water shenanigans before the sun goes down. 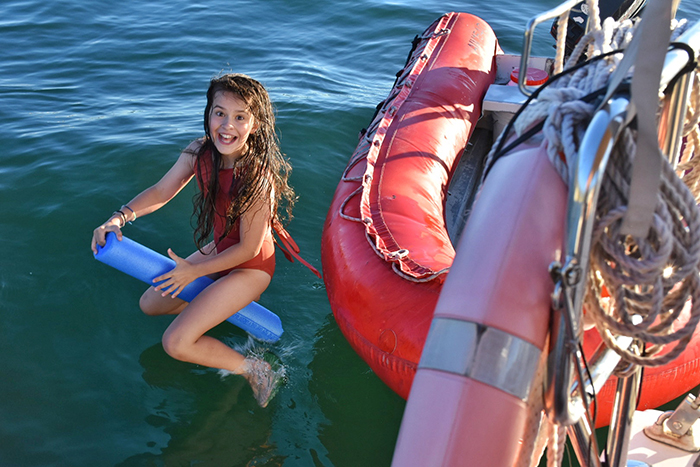 Throughly drenched, we set sail for secluded Ball’s Head Bay to drop anchor for the evening. While we enjoy a little more lazing on the teak decking of our luxurious yacht, champagne in hand (Appletiser for the kids), the skipper discreetly departs for the night, leaving us to a sultry Sydney sunset and a feast of food. 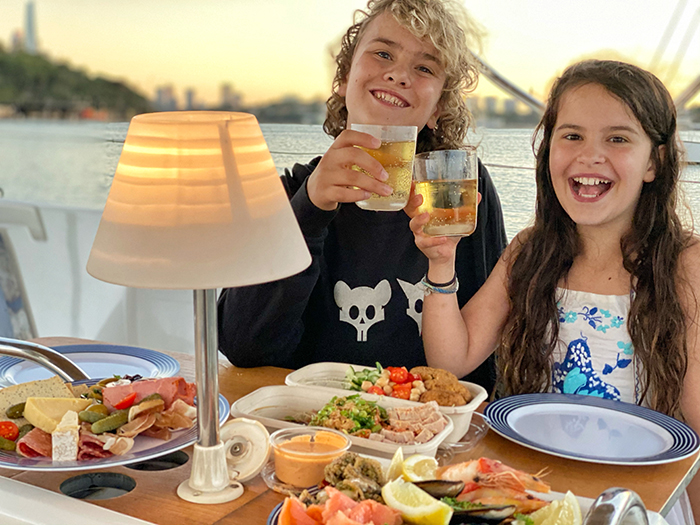 Everything has been taken care of with professionally catered gourmet food, to order, which we enjoy serenaded by the soundtrack of our choice from the yacht’s state-of-the-art entertainment system. We’ve chosen to indulge in the seafood platter, complete with fresh king prawns, slabs of smoked salmon, fresh Sydney rock oysters and marinated octopus served with with lemon and cocktail sauce. It’s accompanied by a tuna tataki salad with brown rice, cabbage, shallots, kale, carrot, coriander, edamame, crispy shallots, seaweed salad and spicy sesame dressing that is so good I have to fight the kids for my share. 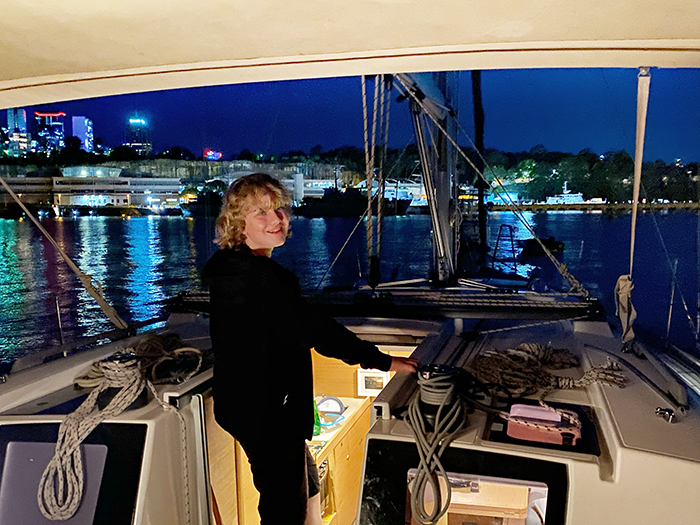 So what does a family do on a yacht after the sun sets? We dive downstairs for a hot shower (there’s a full bathroom below deck) and enjoy a little gazing in wonder at the sparkling sight of the city spilling neon light over Sydney Harbour. But most of our evening is giggled away on a raucous fill-in-the-blank game of Cards Against Humanity (the PG family edition, of course). And with no neighbours to complain about the noise, the sound of our laughter ricochets around the harbour like canon fire.

When a sun kissed Sugarpuff decides to retire to her cabin for the night (she’s opted to share with Mummy, while the boys are taking the second berth) we all head below deck to the comfy cabin where the boys catch up on a little TV and I read until I’m gently rocked to sleep to the rhythmic sounds of water lapping on the hull. 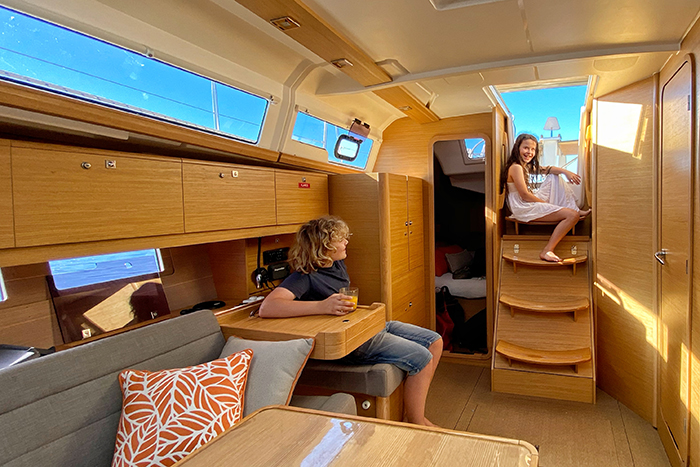 In the morning, we wake to coffee, a bacon and eggs breakfast box that is capably whipped up in the galley by Raff and a breathtaking sunrise over the harbour. 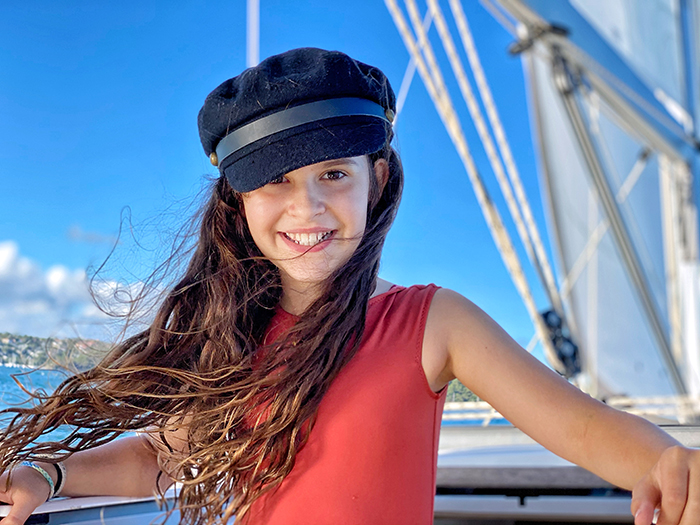 After the kids have finished washing up after breakfast, there’s plenty of time left to don their swimmers for more high kicking, belly flopping fun before our skipper returns. 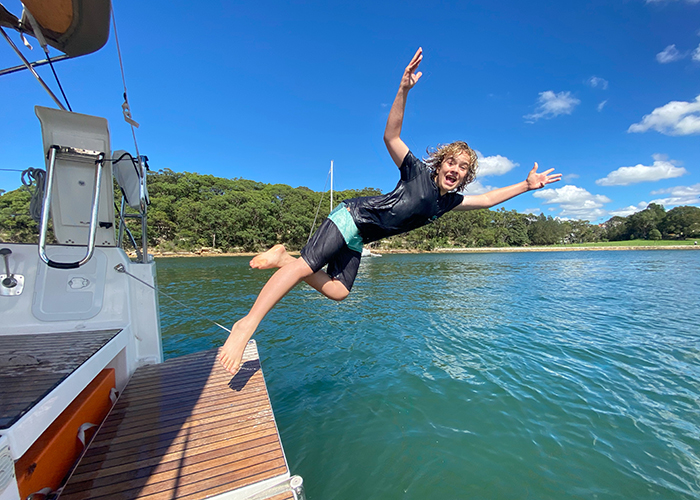 To their great regret, said skipper arrives just in time to avert a mutiny by my piratical twosome who were busy planning to commandeer the yacht to set up a permanent floating home. I suppose it should come as no surprise that the kids would take so enthusiastically to the Sydney sailing life, given how deeply rooted it is in their DNA.

This harbour was their Poppa’s truest love. He protected and patrolled it for almost four decades and I like to think he still is. Or that he is at least watching over his other true loves, my wee salty sea pups, as they follow in his watery wake. 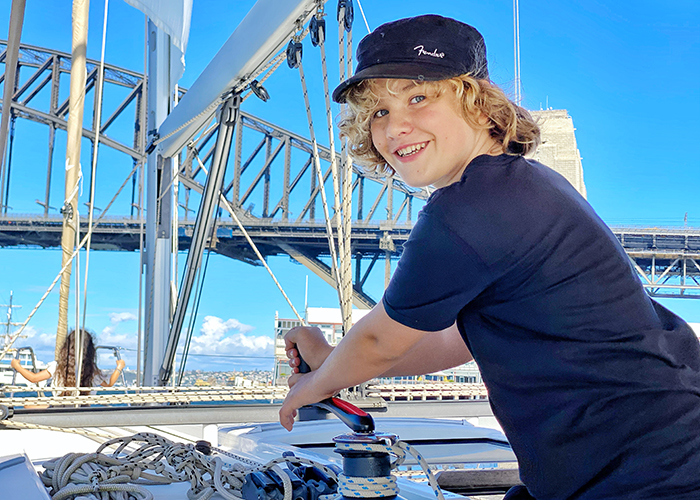 Sydney by Sail offer a choice of four Overnight Stay Sails on Sydney Harbour including their overnight Sydney sailing for families package, an experience offered the kids the chance to live life like a sailor for one perfect night.

And, quite frankly, I think it kinda suits them. 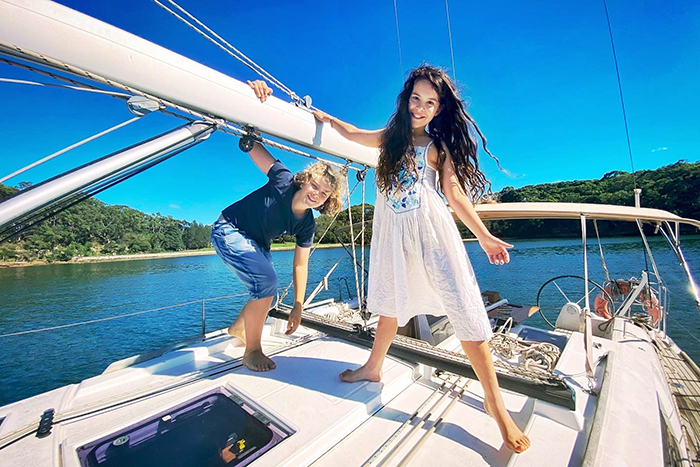