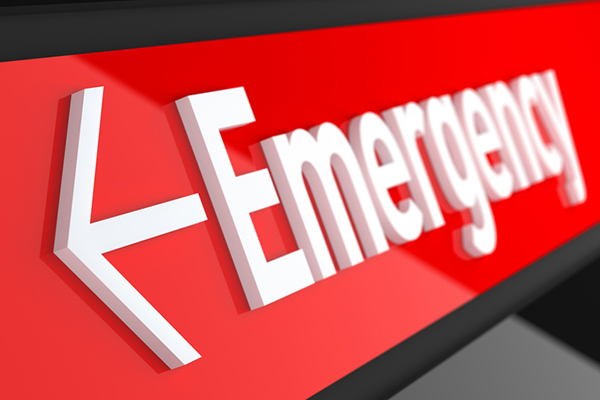 The interwebs are packed full to overflowing with advice for parents on what to do when travelling with kids. But I think it’s just as important for families to know what not to do on the road, because no matter how many “how to” lists you consume before you travel, things will go wrong and mistakes will be made.

I know this to be true, because as frequent family travellers we’ve made them all. Some twice! So you can learn from our bumbling incompetence, I’ve compiled a list of 12 rookie family travel mistakes and how best to avoid them.

Seriously folks, you don’t actually need to carry everything you own for a weeklong jaunt. While of course you need to make sure you pack all the necessities like medicines, wipes and nappies, you don’t need to pack enough to cover you in the event of the zombie apocalypse. What you may not realise is that babies in other countries poop too and, unless you’re planning to trek with your tot in the Siberian wilderness, nappies will be readily available. You also need to keep in mind that the majority of airlines charge hefty fees for overweight luggage and the 25,000 nappies you pack, just in case, are going to add up. In fact, we’re such devotees of packing light that these days we can pack enough for us all to comfortably travel for a fortnight into carry on luggage only, or a single check-in suitcase. It’s as simple as packing only what you know you’ll need and leaving the rest behind. You’ll manage. Really.

2. Not flying at the right time for your kids

Unless it can’t be avoided (I’m looking at you Bali to Sydney route) or you’re travelling with an infant (when it can actually work to your benefit because they can sleep just about anywhere) most parents I know are not fans of red-eye flights. I know that in theory it should mean less whining because the kids will sleep for a large proportion of the flight, but reality is a bitch – Sugarpuff sleeps like a log, mostly because she lays all over the rest of us, ensuring we don’t. But Raffles can’t and has been known to stay awake the whole night before collapsing in an exhausted heap on arrival. Most kids will find it just as hard to sleep on a plane as you do, but the difference is that overtired kids often accessorise with midair meltdowns of biblical proportions.

3. Not pre-booking your seats

You could be forgiven for thinking that when you’re booking flights as a family unit, and that family includes young children, that you’d automatically be seated together. If only! Even after having made requests for seating together on flights booked months ahead, we’ve encountered airlines that have separated our entire family. Most will try and rectify the situation but one, a major airline at that, not only placed my husband and I apart, but also seated a then three-year old Raffles about five rows out of reach of either of us. While the airline initially refused to move him – regardless of him being terrified, the danger, or the inconvenience to the passenger seated next to him who’d have to help him with buckling his belt and on toilet breaks – I did manage to get the seating altered, though I nearly created an international incident doing so. Pay the fee to select your seats. It’s worth every penny.

4. Not checking your documentation

Don’t just assume it’s all right. Check every reservation twice and verify times and locations. On more than one occasion I’ve got it all wrong. Luckily on each occasion we got to the airport early and not late, but an extra three-hours of loitering in an airport is not my idea of a good time. Another time I didn’t think to check the flight bookings made by our trusted local travel agent, and six hours before we were due to board I noticed the name on Sugarpuff’s ticket was wrong. We managed to get it sorted, though with minutes to spare, or we wouldn’t have been going anywhere. Bookings have to match your passport exactly. And speaking of passports…

5. Having an invalid valid passport

I’m not talking about passports that have expired… though those too are spectacularly useless. There are a surprisingly high number of countries that require you to have a minimum of six months validity on your passport to enter or exit their borders. I remembered this on my last trip when I realised a week before departure that Sugarpuff’s passport was expiring a month later. It cost several hundred dollars to rush through an emergency passport to get her there… money that I think we can all agree would have been much better spent on pina coladas.

6. Not turning off your data roaming

You may want to post a million selfies on social media but unless you’re eager to return home to a heart attack inducing phone bill, turn your smartphone’s data roaming, cellular data and 3G off, and leave them off for the entire duration of your holiday. Otherwise your phone will automatically connect to a local mobile phone network while you’re overseas and not only will you pay for the calls you receive as well as make, but data that costs a bomb. I know one lucky lady who left her Smartphone’s background data running and relied on Google maps to show her the way on a ten-day overseas adventure, and came home to a phone bill twice the price of her return flights. Now that’s a turn off!

This is not just about covering up and being culturally sensitive, though that too is extremely important. I’m talking about not popping out onto your hotel balcony in your undies, because you can and will get locked out. At least I can. And did. I woke before sunrise one morning at a resort in a fairly conservative country. My hubby was still snoring away, so I popped out onto our balcony for a quiet cuppa. In my undies. I figured that in the unlikely event that anyone else was up at such an ungodly hour, it was way too dark for anyone to see me. What I didn’t take into consideration was that the latch would jam and lock me out or that the sun would come up before my slumbering hubby would wake and come to my rescue. By that stage half the resort guests and staff had seen me in my nickers as they headed to breakfast and I couldn’t show my face… though heaven knows they’d seen the rest of me.

8. Not backing up your photographs

Backup up your holiday snaps regularly. There’s always a risk of losing or having a camera stolen. Or, as was the heartbreaking case on my last trip, of losing a week of precious family memories when my camera’s memory card snapped in two. There were tears. There was sticky tape. But there was no recovering those shots. Back Up. Back up. Then back up again!

Why travel at all if you aren’t prepared to truly experience your destination? Raffles and I head straight for the nearest street food vendor when we travel to get a feel for our destination. And while it is essential to take precautions like avoiding tap water, raw foods and avoiding food stalls with dubious hygiene standards, especially with kids, you are as likely to get sick in a sit-down restaurant where you can’t see the kitchen, the hygiene standards, or how the produce you’re about to eat is stored. While there are no guarantees you wont end up sick eating anywhere, eating safely from street vendors comes down to common sense. Choose vendors where you can see basic hygiene practices are being practiced, the locals are lining up and the food turnover is high, and its most likely going to be fresh and rather fabulous.

Your travel fantasy may be of lazy days laying by a beach in a glamorous swimsuit with a Piña Colada in one hand and a saucy bestseller in the other, but if you’re travelling with kids its probably not going to happen. Even if you’re in the Bahamas at a five-star resort with a hot pool boy and your own personal cocktail waiter, you’re still a parent and your kids are still kids. And they’re going to pack all their regular tantrums, clumsiness and complaining in their teeny tiny suitcases. Expecting them not to complain or to be grateful is an exercise in futility. All you can do is prepare yourself for the worst and hope for the best.

11. Not investing in travel insurance.

“I’m sorry to say so but, sadly, it’s true that Bang-ups and Hang-ups can happen to you” is Dr Seuss’s sage advice to travellers. Listen to him! He was a smart guy and there’s no way he would have scrimped on insurance. Not only does a comprehensive family travel policy offer security in the event of mishaps like lost baggage, trip cancellations or delays, it may just save your bacon if there is medical emergency.

The cost of medical care overseas can quickly add up to tens of thousands of dollars. Many years ago after a flight to Amsterdam I was having trouble breathing and was taken to a local hospital where I was x-rayed and diagnosed by an overzealous doctor as having a collapsed lung. I was admitted, doped up to my eyeballs and being prepped for surgery when the surgeon arrived to do his bit. He thought it was hilarious when he examined my x-rays and explained to the doctor on duty that my so-called collapsed lung was actually a bone, and it was meant to be there.

But when he announced, without examination, that it might be a tumour I did a runner before they could put me in an early grave from an imaginary illness. The massive bill for my night of Dutch medical hospitality was anything but imaginary but luckily was fully covered by my insurance. I never did find out what my mystery ailment was and thankfully made a quick recovery but my experience taught me never to travel without adequate insurance from a company like Southern Cross Travel Insurance, an Aussie provider who offers competitive rates, comprehensive coverage and peace of mind for your family.

If I had a dollar for every time someone told me travelling with my kids is a waste of time and money because “they won’t remember or appreciate it” I’d be rich enough to take even more holidays… with my kids. There’s a lot to be said for living in the moment and just enjoying time with your kids and seeing the world through their untainted eyes. No, they won’t remember it all but that’s ok. I barely remember what I did last week. But never doubt that every moment is being filed away somewhere in their glorious growing brains.

Disclosure: This is a sponsored post in partnership with Southern Cross Travel Insurance however all opinions, travel disasters and miscellaneous moments of mayhem, are my own.

Sharing our mistakes with Essentially Jess for #IBOT