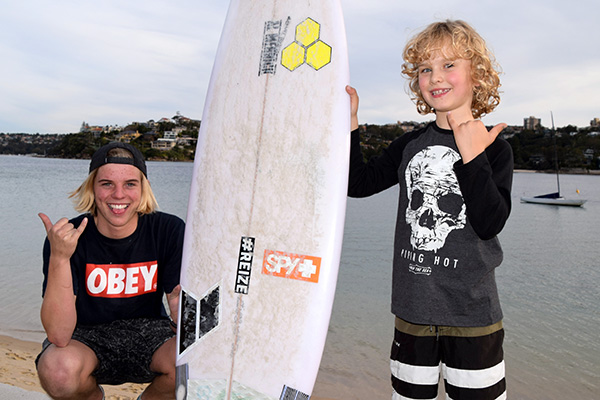 Popular Pro Junior surfer Alex Hayes has a legion of loyal fans on Instagram but the self-confessed shark fan is better known for his recent “shark selfie” that had the world’s media in a spin.

The well-travelled and talented teen chats with Raffles about sports travel, competitive surfing, sharks, and that selfie…

I think you are totally awesome. Not only because you are such a great surfer and get to travel to cool places but because you tricked so many people with your epic shark picture which I thought was really funny. 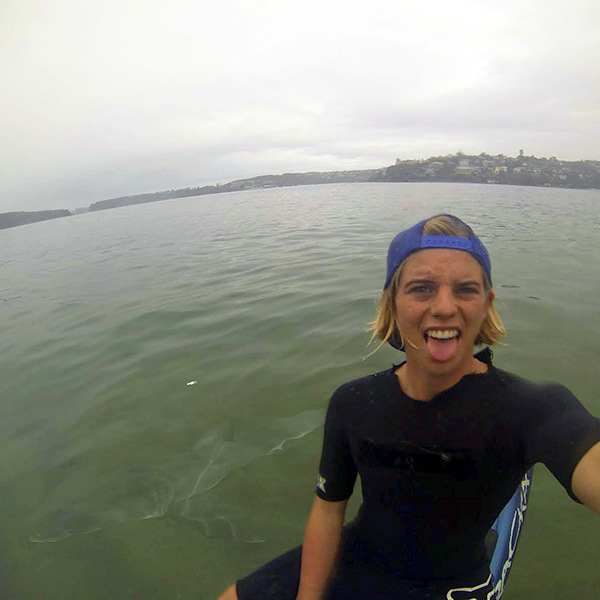 When you did first start surfing?
I have loved the surf since I was young. My mum says going to the beach with Josh (my big brother) and me was really stressful because we both used to love going too deep. I joined nippers when I was about seven and learned all about being safe in the surf and I just loved surfing and swimming in big waves. I started surfing when I was around eight or nine but didn’t start competing until I was 11.
I’m seven, maybe I could start Nippers. 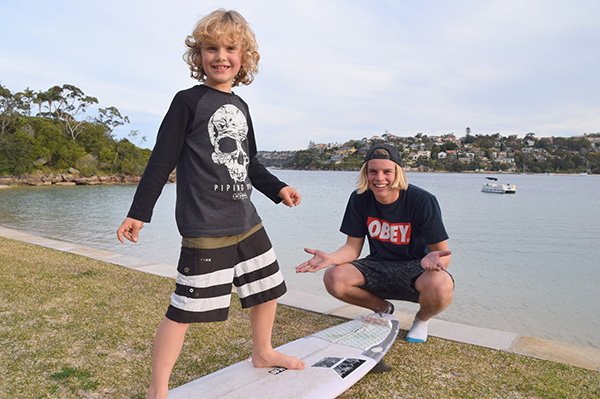 How hard is Competitive Surfing. Do you have to train a lot?
To be good at anything you have to train a lot and the top guys on the tour train so hard. I have had a broken ankle so I haven’t been able to surf much so have been working hard on my core strength and upper body. I have been paddling a lot on the harbour and I am back on my surfboard, and loving it.
You must be really strong, like a surfing superhero!

How many countries have you travelled to for surfing?
I have been to Bali and the Mentawi Islands in Indonesia (it took three flights and a 19 hour ferry ride to get there!) Hawaii and Huntington Beach in the USA, New Zealand, and Tahiti.
19 hours on a ferry? I hope you don’t get seasick.

Where is your favourite place in the world to surf?
Teahupoo in Tahiti, for sure. It is a big powerful wave on a shallow reef so is a bit daunting. It is so beautiful there.
It’s sounds epic. I’d love to go to Tahiti. Actually, I’d love to go anywhere.

What’s the biggest wave you’ve ever surfed?
Hard to say! I surfed one at Dead Man’s in Manly that was more than triple my height – so that would make it about 4 or 5 metres?
Whoah. That’s huge!

What’s your favourite post surf meal?
I love the chicken burgers at Salty Rooster in Manly and if I am not near there, subway or sushi.
I love their Japanese Rooster burgers. Yum!

In the fake picture of you hanging out with a shark you look pretty chilled but how do you think you’d really act if there was an enormous shark just hanging out underneath your surfboard?
I would film it and scream hahahahaha! I have had sharks go under my board before and have seen a couple near me. Once I was surfing in South Australia and it was really overcast and rainy and the water had heaps of seaweed in it. I was surfing in a comp and a big grey shape came right up to me and stuck its head out of the water. I nearly freaked but it was a seal.
OMG! I’d poo myself.

How did you feel when you saw the pictures of Mick Fanning getting attacked by a shark last week when he was surfing?
It was horrible. He is very lucky. Jeffrey’s Bay is known for great whites but to see it like that on tv – really scary. The ocean is the shark’s home but I would have felt really bad if he’d been hurt.

You go to the snow a lot too, I’ve seen all your mum’s stories. I love to ski, and I want to learn to snowboard like you do. Is it very hard?
Learning something new is always hard but once you get the hang of it it’s so much fun. If you can skate or surf then snowboarding is easy.
Awesome. I’m going to ask mum if I can have lessons next time we go.

Where are the best places in the world that you’d skied or snowboarded?
We are so lucky and we have been to some pretty sick places. I love Jackson Hole, Telluride in the USA, Sun Peaks in Canada, Treble Cone in New Zealand and Niseko in Japan.
Japan is awesome, I’ve been begging my mum to take me skiing there. 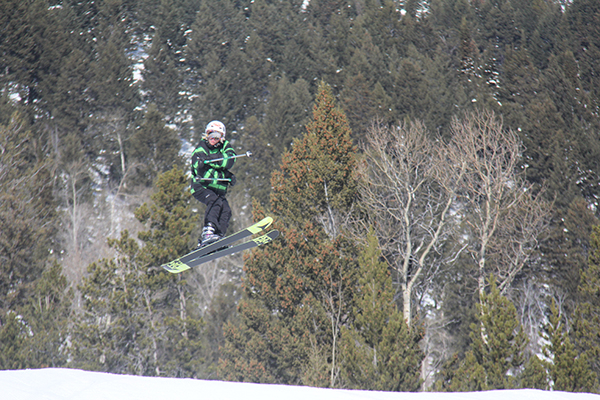 What other fun things have you done at the snow?
In Telluride we hired snowmobiles and went to a ghost town. It was so cool riding it through the trees and going on the snowy trails. We stopped at the ghost town and my brother and I had a look inside one of the buildings. It was scary. Another time we went dogsledding at Sun Peaks and that was awesome too.
That sounds so, so cool! 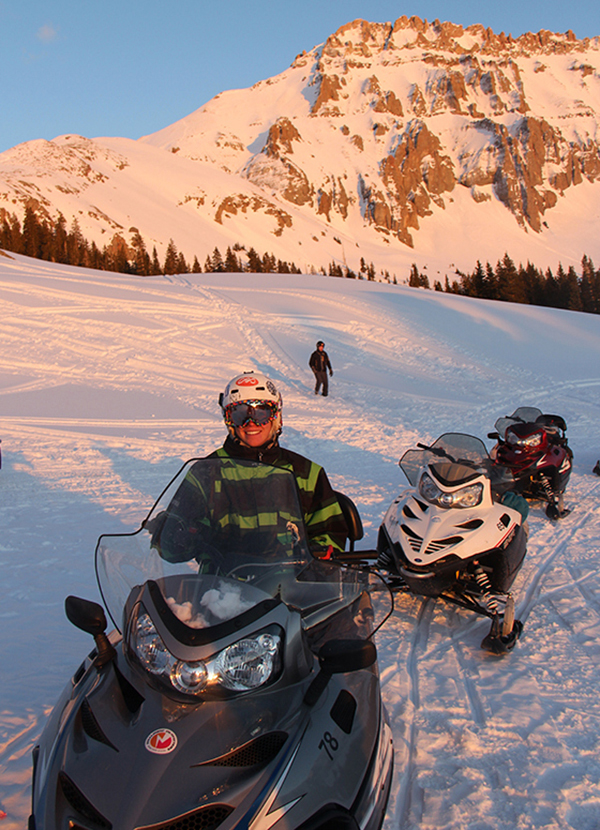 Will you teach me how to surf? Or at least how to stand on a board?
Of course I will – but only if you show me (and mum) how to cook! Just joking Mum!
Deal! 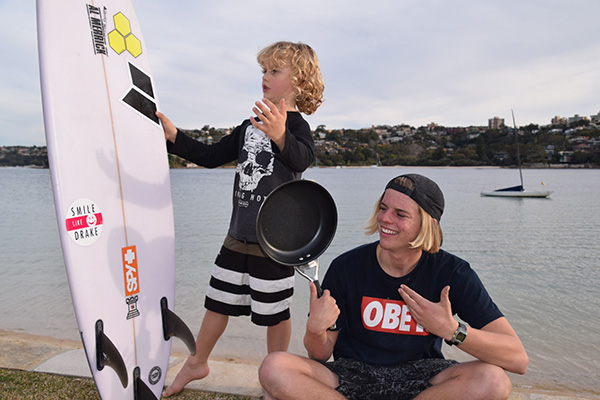