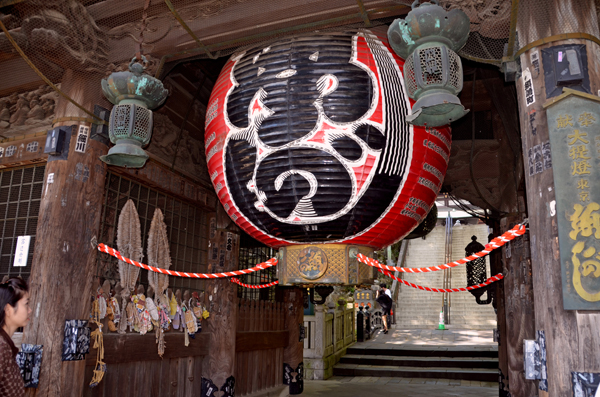 Transiting through Narita International Airport on your way to Tokyo or some other fabulous Japanese city? Well don’t! Do yourself a favour, get out of that cavernous airport, jump on a train (they’re terribly punctual, you know) and take the ten minute ride into Narita City. Seriously, you won’t regret it. Well, unless you miss your connecting flight.

So you don’t, I’d advise scheduling in a stop and stowing your luggage at the airport’s storage centre or in a locker at the train station, because Narita City really deserves your attention. It’s a gem of a place that serves up a lovely taste of Edo period Japan… with a side of unagi (eel). In fact, I’d say that Narita City’s Omotesando Street is one of my favourite places in Japan to stop, eat and explore. Perhaps it’s because when I arrive I have no expectations or perhaps because it’s freaking awesome!

From Narita City station, I head out to Omotesando Street, the main shopping street that runs through straight through the town all the way to Naritasan Shinshoji Temple… the main reason for me absconding from the airport in the first place. It’s that easy. 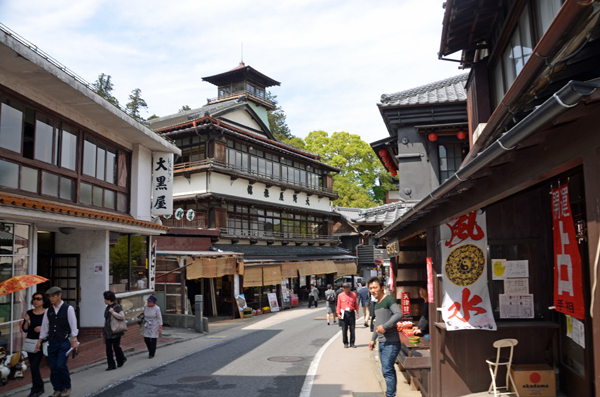 Harder is resisting the cute beanie clad Buddhas along the way. No, Buddha hasn’t turned hipster, it’s actually Jizo – protector of travellers, women and children and, in this case, the red beanies aren’t an ironic fashion statement, they’re there to expel demons. 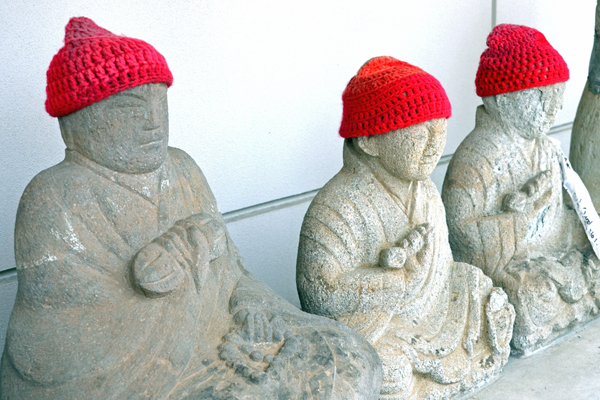 Harder still is resisting the lure of the oodles of food and beverage outlets that dot the street as I wander its length to reach the 1000-year old Buddhist complex. But resist I do… for now. 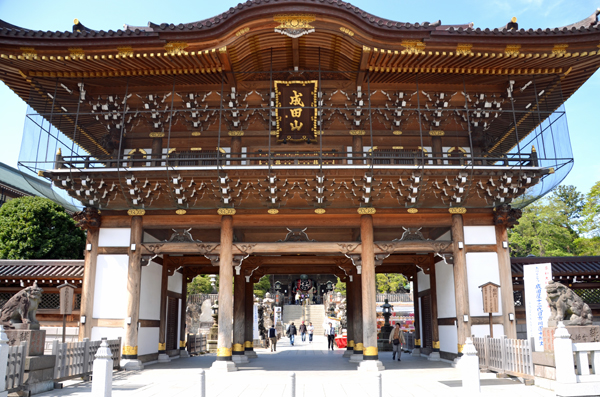 Inside are a variety of temple buildings including a stunning main temple dedicated to Fudomyo, an angry looking blue dude wreathed in flame. 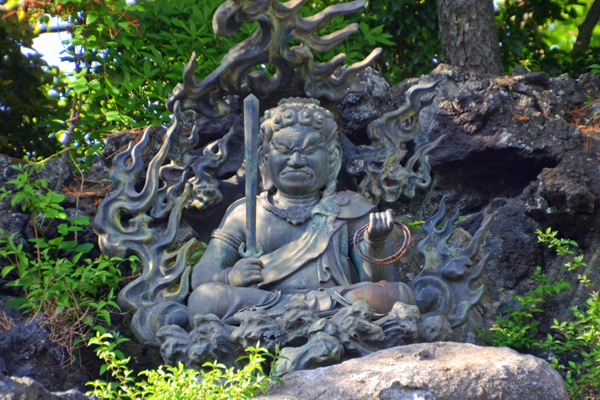 Fortunately his anger is directed only at demons and he’s actually a pretty nice guy, busily removing the anxieties of his faithful followers and freeing them from oppression. I like him. 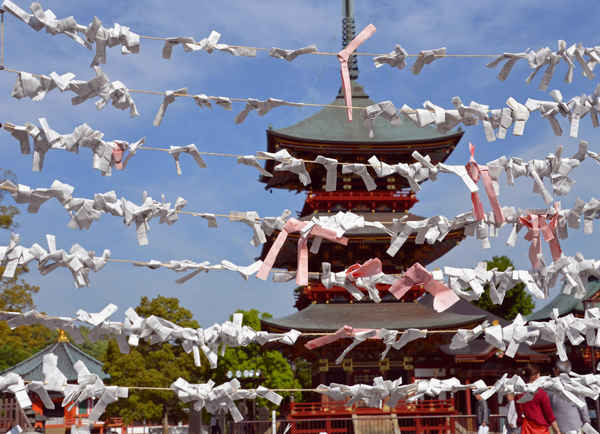 Within the complex, paper fortunes are tied to strings and flutter in the breeze, and an ornate and brightly painted three Storied Pagoda that is decorated with elaborate dragons takes my fancy. 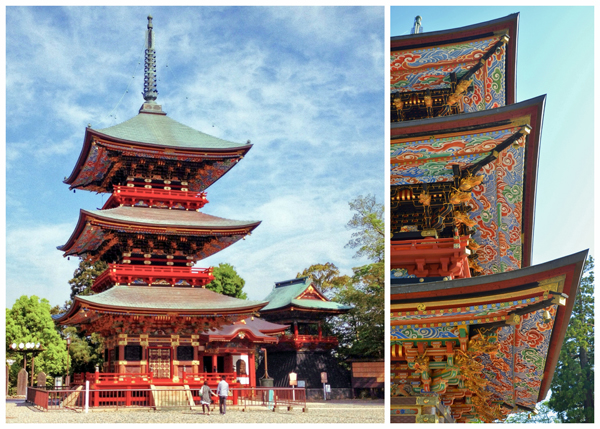 As does a smaller temple where, it is alleged, women come to put in their order for something tall, dark and handsome. You’ll pass it on your way to beautiful Naritasan Park, a lovely place where you can easily lose a few hours while finding inner peace in the pretty gardens. 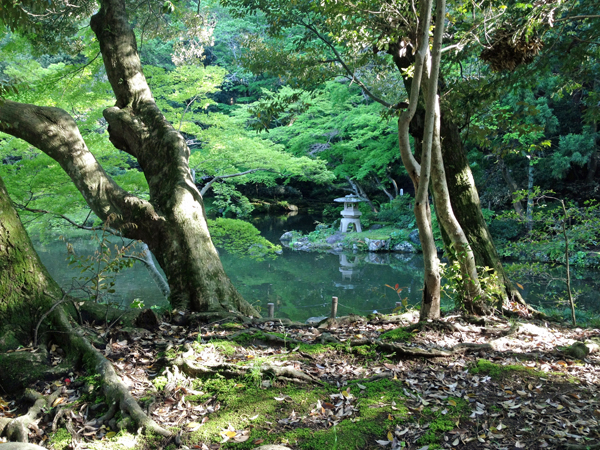 In the main courtyard of the complex, a parade of Shinto priests clad in robes so colourful the Wiggles would be proud, strut their stuff up the stairs to the main temple where giant Taiko-style drums are being pounded. 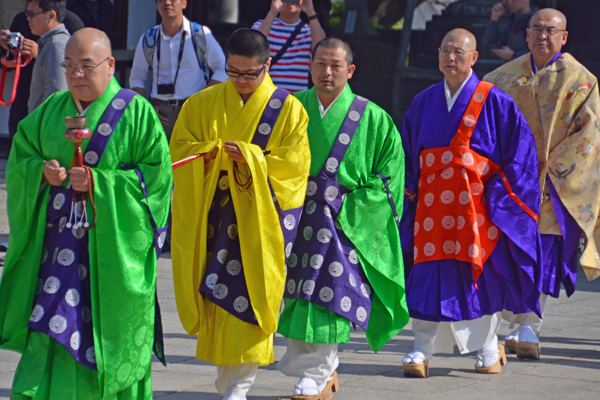 The sound also reminds me of The Wiggles, in that it is somewhat jarring, but that is where the comparison ends because it is at the same time calming and meditational.

We undergo the cleansing rituals required before entering the temple, snorting a few incense vapors from a steaming pot and ladling a little water on to our hands to cleanse both hands and mouth… I might need a little extra given mine’s propensity for profanity. 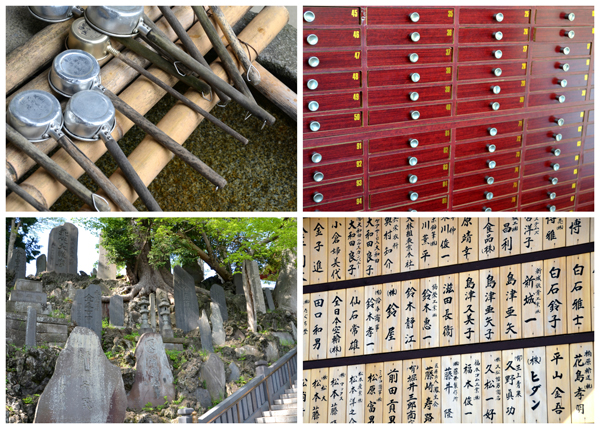 Then we follow the monks into the temple for the daily Goma fire ritual, which has been performed at Naritasan Shinshoji every day for the past 1000 years.

During the esoteric ceremony monks chant, ring golden bells and keep pounding those taiko drums as they ceremoniously burn wooden amulets in a fire created as a symbol of peace and purification. During the fire ritual pilgrims pray for safety and prosperity and I’m a little shocked when, during the ceremony, a collective rush is made to hand over purses, wallets and satchels to the priest. The bags are then waved over the smoke as the head priest continues to chant, ensuring the future value of its contents is enhanced, before handing them back to their respective owners. I’m in!

But clearly my wallet didn’t get that memo and I’m soon emptying it of anything resembling money in Omotesando Street.

I walk back up the main drag, taking my time to enjoy the traditional style buildings, some dating back to the Edo period, and the kimono-wearing proprietors welcoming me to explore their tiny stores. I have to stay some of those stores aren’t for the faint of heart. A taxidermy store we stumble across is enough to make a member of the Addams family squeamish. But, if it is creepy dead things that float your boat, go for your life… I’ll pass. 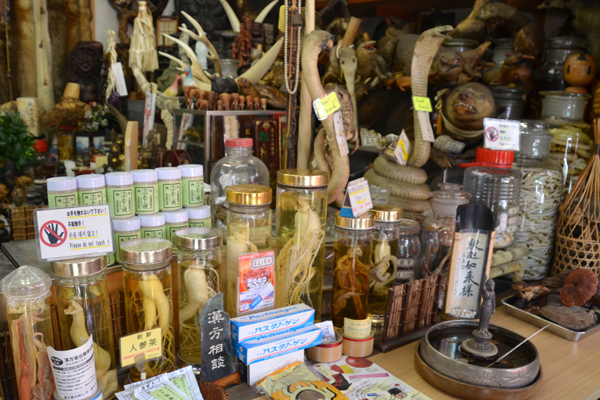 Hello Kitty and Taiko drum souvenirs are more my speed and far less likely to get me arrested when I arrive back home. 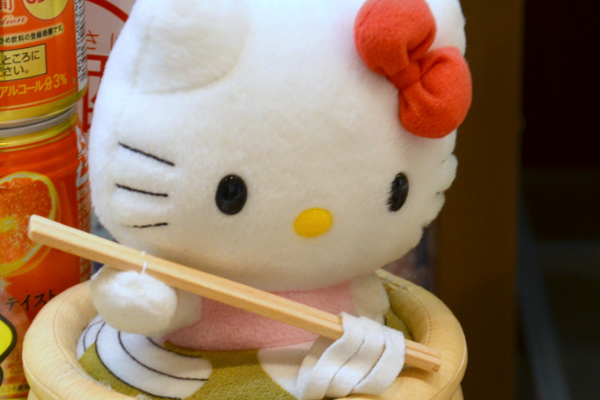 We also stock up on senbei crackers and sake – Narita’s clean spring water makes for amazing brew – and stop for a few quirkier snacks. And by quirky I mean bugs! 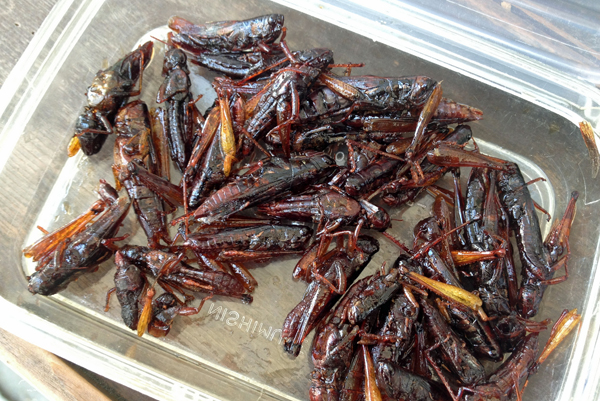 If you’re not up for braving a bag of sweet sticky bugs, Narita is all about great regional produce and the main attraction here, besides pickles, is unagi (eel) at its freshest and best. You know it’s fresh because they’ll likely slaughter it before your eyes, a slightly gruesome sight that could turn the faint hearted into a vegetarian. Don’t say I didn’t warn you. 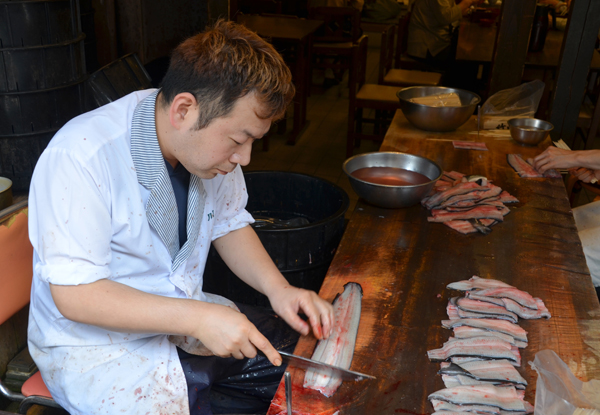 We stop for a lunch of local delicacies at Omotesando Street’s Kiku-ya, a 300 plus year old restaurant that’s been serving pilgrims and locals alike for 11 generations. It’s a sublime and rarefied experience. There are “fireflies” – meltingly tender baby squid, perfect red snapper, mackerel and yellow fin tuna sashimi, and freshly executed unagi, which is the specialty and a revelation. I’m not usually a huge fan of eel but this is melt-in-the-mouth flavour-packed perfection. 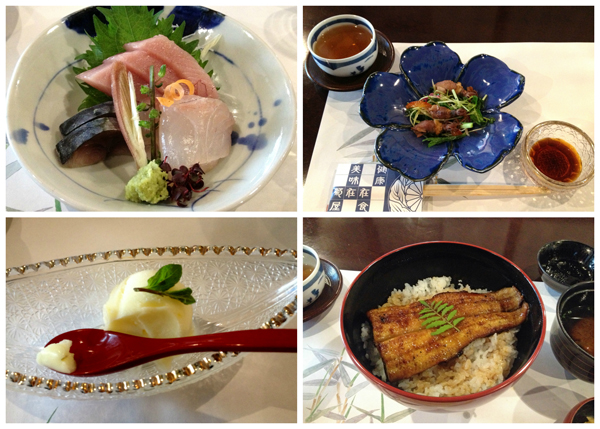 I could happily spend another day exploring Narita’s nooks and crannies but its time to tote our full bellies and a bag full of Hello Kitty and sake back to the airport. She may look innocent but I reckon that cat’s gonna be hammered by the time we reach our next stop.