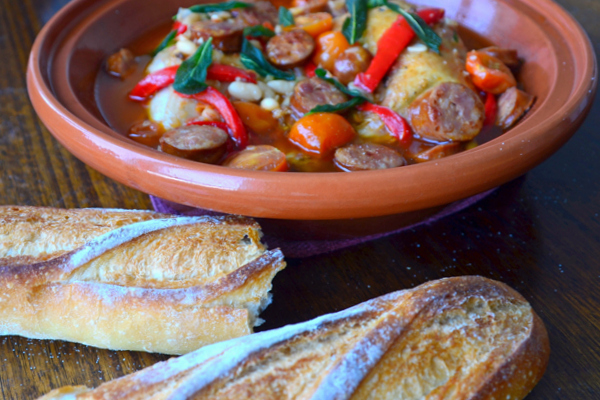 This post is brought to you by Oliving by Hans and Marmot Inc.

Raffles has a thing for Spanish food.  We think it comes in part from a deep and abiding love he has for his former pre-school teacher, a delightful Spanish Senorita, combined with an early epicurean jaunt to the glorious Spanish seaside town of San Sebastian, where we gorged ourselves on Pinxos and the best of Basque cuisine.

Admittedly Raffles’ food consumption at the time was indirect as he was only five-months and still noshing exclusively on his mama’s milk, flavoured though it was with a little chorizo which, incidentally, is still one of his favourite things.

As is any kind of deli meat really. So, when Oliving by Hans asked us if we’d like to sample their new range of healthier choice smallgoods, Raffles quickly volunteered his services.

Sadly, Raffles had to skip the launch as it was held at Sydney’s Shirt Bar which, as one might suspect from the name, is a bar. With some shirts. But, as I couldn’t score him fake ID in time… he had to stay at home sulking. Instead, my fellow bloggers and I watched superstar food vlogger (a video blogger to the uninitiated), Jason, from the Simple Cooking Channel slavishly prepare our dinner while we swanned about consuming fluoro cocktails and being fabulous. Until we were sent on our (quite) merry way with a goodie bag full of Oliving by Hans products.

You can check out Jason do his thing here…

Of course, we were also there to find out about the product. And it is good. A first in the Australian market for smallgoods, Oliving by Hans is inspired by the Mediterranean diet. A nutritional model based on the traditional dietary patterns of Southern Italy, Greece and Spain, it is characterised by high daily quantities of olive oil and associated with reduced incidences of heart disease and cancer. 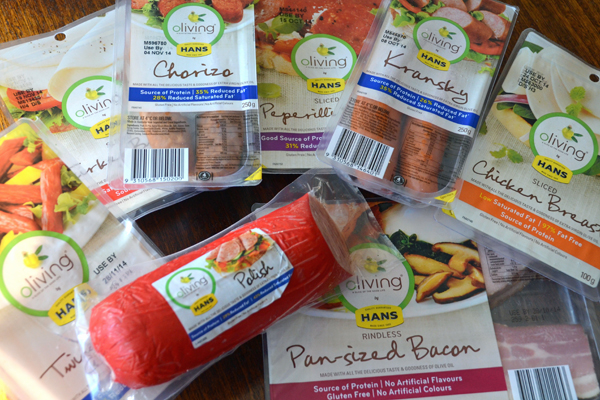 While the products are made using the highest quality meats following traditional recipes and techniques,The Oliving by Hans range replaces some of the usual high-saturated animal fats with olive oil, resulting in a product that’s lower in fat and better for you – something that appeals greatly to this mum. But the only thing Raffles is concerned about is the taste… 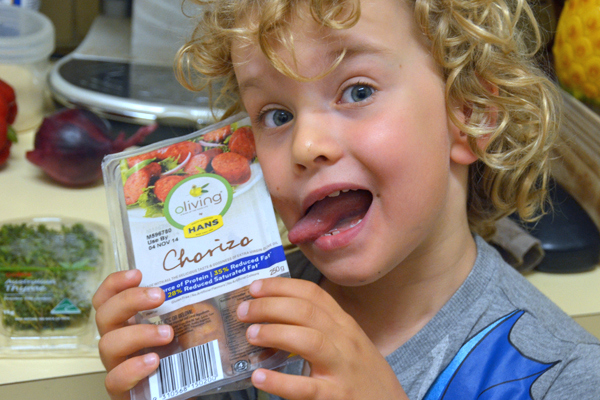 Which I suggested may be better after he opens the plastic packaging, which is neither low fat, healthy or, I’m guessing, edible.

So over the following few days we worked our way steadily (and for steadily read: gutsed at speed) through samples of  kransky, chorizo, rindless pan-sized bacon, turkey breast, Hungarian salami, peperilli and even twiggy sticks, which are swiftly opened and devoured by my little carnivores.  It is alleged that they’re “really good” but given that I didn’t get any, I can neither confirm nor deny this rumour.

Raffles whips up a breakfast omelette with the Hungarian Salami, spinach and cheese which I do get to try. It is lovely. Especially the part about me not having to cook… or wash up, as he volunteers to do that too. Wads of the turkey breast goes to school on wraps with camembert, English spinach and rocket and the Pepperito, which has a great texture and is packed full of flavour, makes for a delectable Monday night pizza. So far, so tasty! 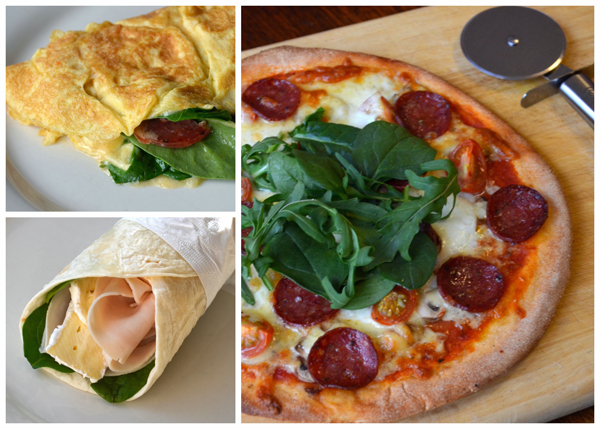 But it is the Oliving by Hans Chorizo that has really inflamed Raffles’ culinary curiosity so we’ve decided to go back to Spain for a little recipe inspiration and our take on Basque chicken with chorizo. And this time our little foodie is able to enjoy a taste of San Sebastian for himself… sans boob.

The chorizo stays beautifully moist during the braising and imparts a fantastic smokiness throughout the resulting dish which, like the entire Oliving by Hans range, is a big hit with everyone in our family.

But you don’t have to take our word for it because the lovely folk at Oliving by Hans have given us four $30 Coles vouchers to give away so you can try it for yourself.

For your chance to win one of four $30 Coles vouchers, just leave a comment below telling me what you would make using Oliving by Hans products.  Entries close 8.00pm October 30th, 2014. See below for Terms & Conditions.** COMPETITION NOW CLOSED** Winners are Lisa Jansen, Vasi Damianos, Nic Tesla and Agnes Nielsen.

The Oliving by Hans range is currently available in Coles and IGA and is set to be in Woolworths later this month. 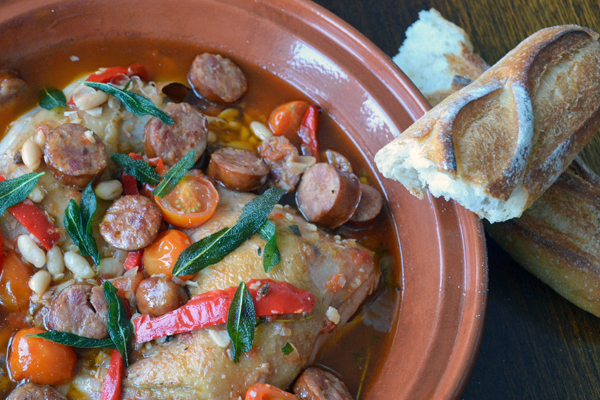 Giveaway Terms & Conditions: This competition is open to Australian residents only. Prize includes 4 x $30 Coles vouchers. Total Prize pool valued at AU$120. Prizes are not redeemable for cash and are non-transferable. Giveaway opens on Tuesday 14th October 2014 at 7am and closes on 30th October 2014 at 8pm, AEST. The winners will be announced on the blog and contacted by email on 1st , please leave a valid email address. This is a game of skill, not chance. The four winners will be selected on the basis of creativity and originality. The judge’s decision will be final, and no correspondence will be entered into. Boy Eats World takes no responsibility for prizes lost in transit.