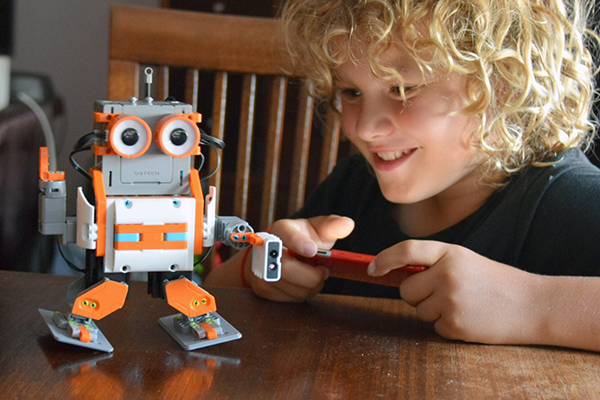 While I’ve long argued that travel is a wonderful teacher, some people think that our frequent gallivanting could adversely affect the kids STEM (science, technology, engineering and mathematics) skills. But my little 21st century nerds are doing just fine in that department thank you, very much. And it is actually because of travel, not in spite of it. It’s something I’ve been thinking of a lot since the arrival in our home of the Jimu Astrobot Kit. But more on that in a minute.

You see, while I have been absolutely blessed with two extremely creative kids, neither showed much of an interest in STEM topics until we amped up the travel, as it has delivered so many teachable STEM moments.

I’m not disputing the value of a traditional education, in fact I am all for it, but travel is adding to their education not diminishing it.

STEM pervades every part of our lives and by exposing the kids and giving them the opportunities to explore STEM-related concepts in a real world setting, they are gaining a passion for it. From converting currencies and navigating maps to undertaking real-world geography lessons, I ensure the kids assist in-situ on our travels. This ensures their reading, science, and maths skills are exercised on a daily basis with non-linear problem solving, which has also resulted in improving their critical thinking skills.

The act of flying is in itself a valuable lesson in engineering and physics. At the airport, facial recognition, full body scanning, and chemical swabs at passport control assist not only in protecting us as travellers, but provides the kids with real life demonstrations of the various applications of computing and chemistry.

In most hotels these days we open the door to our rooms with swipe cards that are all part of IT driven systems. We’ve even stayed in hotels and eaten in restaurants where we’ve been served by robots. But it has been the mind-blowing science museums that we’ve explored in cities around the world, where the kids have interacted with science through hands on experiments, displays of force and physics, biology and geology, and demonstrations of the genius of coding and robotics, that has really captured their imaginations.

Since Raffles first encounter with ASIMO, the world’s most advanced humanoid robot, and Paro, a therapy robot that’s kind of like a real life Baymax, at Miraikan museum in Tokyo, he’s played air hockey against one at Questacon in Canberra, watched a robot being built at Singapore’s ArtScience Museum, and run from an animatronic Aragog  as he explored the wonders of the wizarding world Warner Bros Studios Tour – The Making of Harry Potter in London.

And it has created an interest that’s bordering on the obsessive. Something I couldn’t be happier with. It is a fixation that combines his creative side with STEM skills that can only benefit him in the future and we have watched on happily as it has led to a huge improvement in these subjects at school.

So, when I discovered the UBTech’s Jimu AstroBot Kit, a building block system that allows kids to build their own working robot, I saw it as an opportunity to bring the interactive STEM learning Raffles has been enjoying on our travel into our home.

Like Lego for tech nerds, the incredible Jimu AstroBot Kit includes everything you need to build one of 3 pre-designed characters. 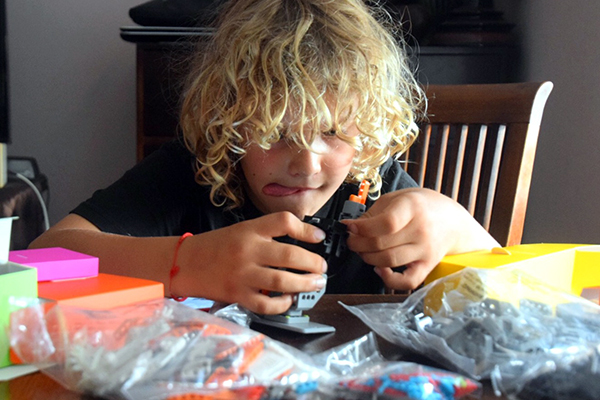 And it is teaching Raff not only how to build his own robotic creation with treads, an infrared sensor, LED lights, and a speaker using an app on his iPod, but also how to use Blockly coding to build both simple and complex sequences to add music and sound effects and give the robot its personality. 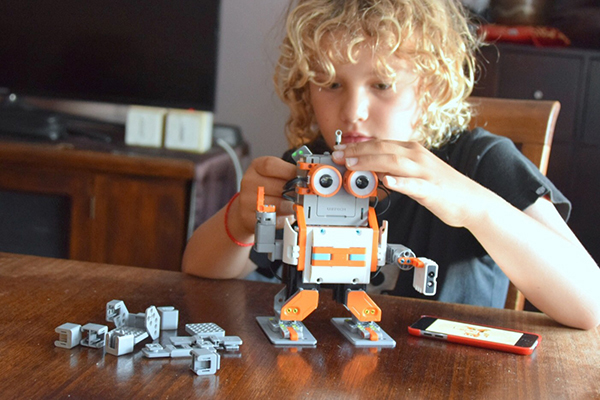 The free Jimu app has step-by-step 3D, 360-degree animated building instructions that are simple enough for him to follow without assistance, though keeping his dad away from the project is proving a little difficult, because he’d got the robot bug too. 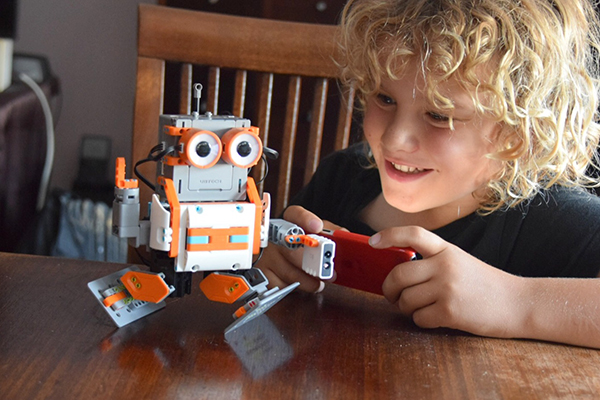 In fact, so popular has our new little robot pal proven with the whole family, we’re planning to build him a friend.

In Australia, the incredible UBTech’s Jimu AstroBot Kits are stocked in EBGAmes, Harvey Norman and National Geographic stores and would make a perfect gift for little tech heads come Christmas.

Disclosure: The Eats Worlds were offered a Jimu AstroBot Kit for review, however all experiences, tongue-poking focus, and opinions remain are our own