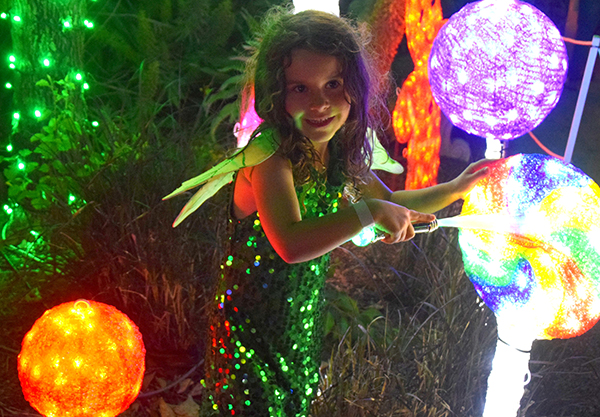 Take one sprawling landscaped garden planted with 6,000 trees and 600,000 shrubs. Add tranquil lakes, cascading waterfalls and a storybook garden inhabited by fabulous fairytale characters. Toss in more than two million Christmas lights, a self confessed Christmas tragic, her long suffering husband, their slightly nutty son and a wee girl who insists on donning sequins and wings because she “needs to be a fairy to see the fairy lights” and stir. Sprinkle with a dash of magic and madness and you have the recipe for a night to remember.

Now in its tenth year, The Hunter Valley Gardens Christmas Light Spectacular is the Southern Hemisphere’s biggest and brightest Christmas Lights display, transforming the Hunter Valley into a Christmas wonderland. With hundreds of kilometres of twinkling lights, taking staff 88 days to install, the gardens will be lit up like, well … a Christmas tree.  And, given it is less than an hour from my parents home at Lake Macquarie, there’s no excuse not to take the kids. 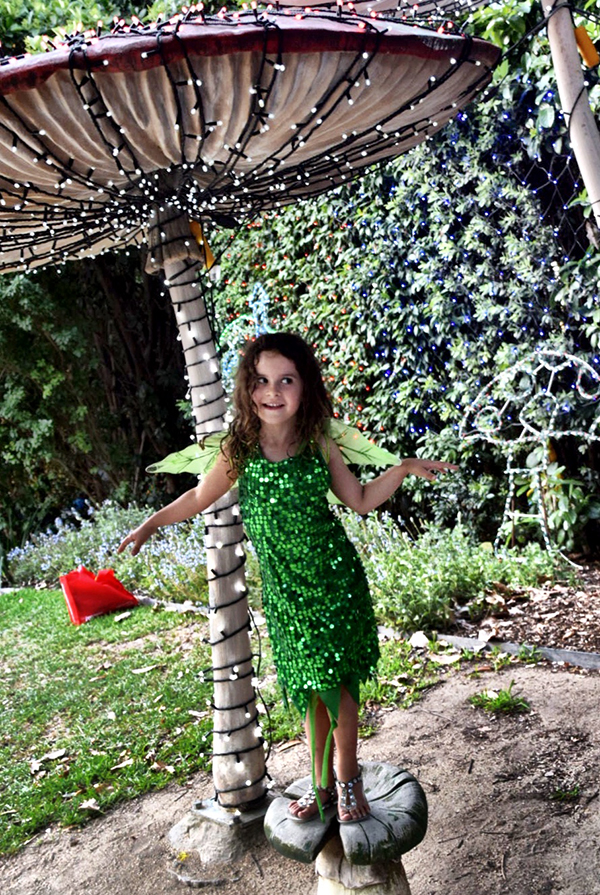 We arrive as the gates open, and as the sun is still shining, head straight to the North Pole and its food stalls before the hungry hordes descend. 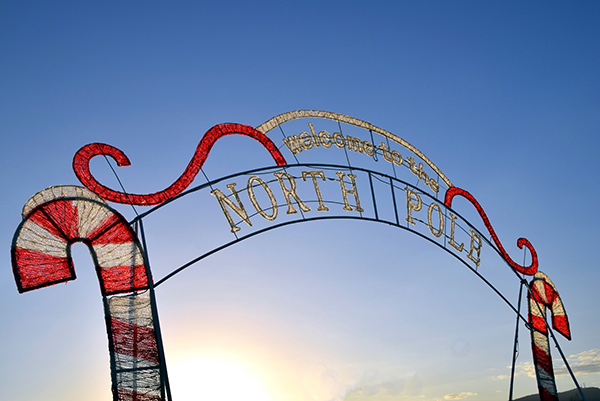 We’re happily surprised by the selection, which is a vast improvement on the usual pop up fare. We dine on awesome wood fired pizzas, delicious German sausages, which were the “wurst” (I’m sorry, Mr Eats World made me write that), and edible Taco Bowls chock full of chilli and topped with great wads of cheese, sour cream and guacamole. Dessert is a choice of ice cream or churros. Of course, we order both. 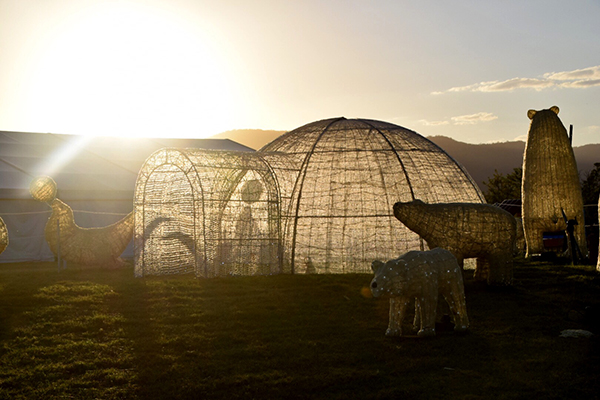 We dine by the light of an incandescent igloo, complete with glowing polar bear, until who should turn up but a magician who, resplendent in his customised light sneakers, stops to unload his bag of tricks. 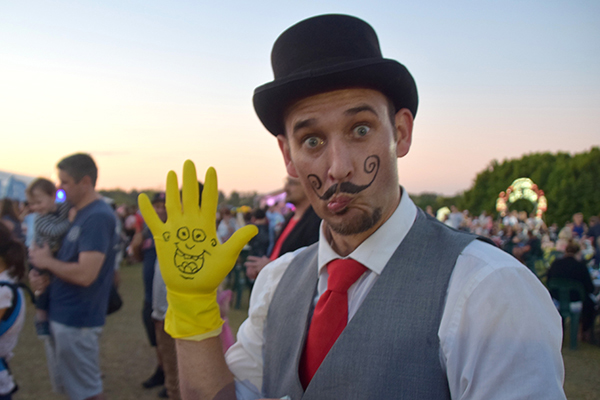 “Mum, it’s him! It’s the guy! The one I did magic with last time” Raffles shouts excitedly. And indeed it is. On our last visit, Raffles and his magician pal became a nine-foot tall living Christmas tree, my then six-year old boy balancing triumphantly on his shoulders covered in fairy lights – an event a small boy could never forget.

This time he appears to be using the power of fart jokes and inflatable rubber gloves to keep the crowds amused and in no time at all, like a lunatic pied-piper, he has a trail of giggling kids following his every move, including mine. 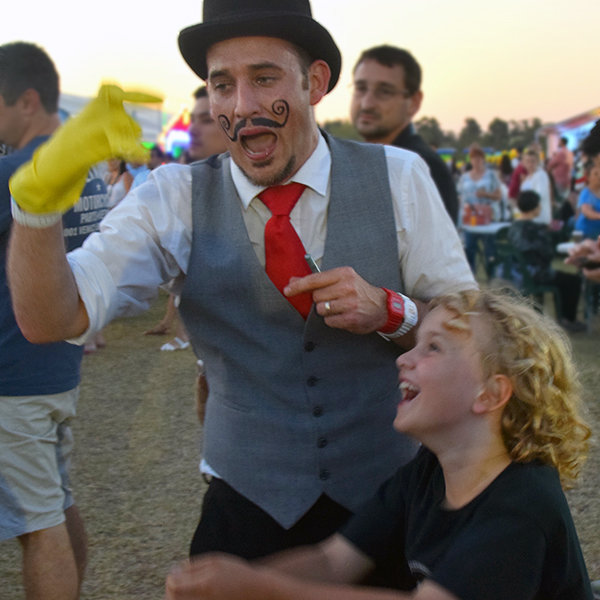 Raffles is immediately back under the somewhat silly spell of the kooky conjurer, who soon has him clad in a yellow kitchen glove. Then Sugarpuff joins the act, karate chopping magic string which another kid repairs with magic farts. He has the kids doubled over in fits of uncontrollable giggles, forever proving the timeless appeal of a fart joke and a rubber glove.

We check out the animatronic reindeer and elves in Santa’s Workshop, where Santa himself is busy posing up a storm with a line of happy kids. Then it’s off to the Fun Zone with its inflatable obstacle course, jumping castles, mini video game arcade and a 35 metre super slide (for kids over 120cm tall). 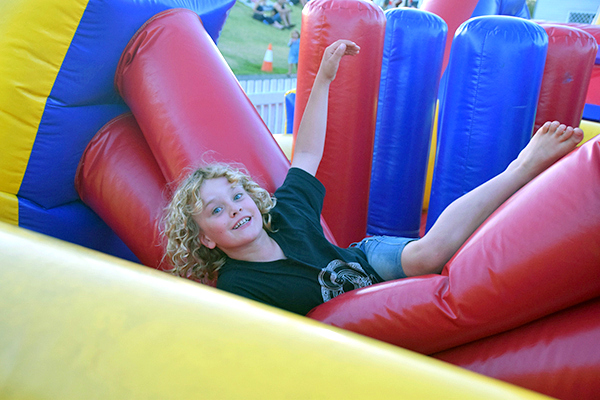 There’s a $7.50 per person surcharge for the Fun Zone but it’s worth it for the unlimited rides, though I’d advise keeping both eyes on your children at all times as it can get a little crowded on some of the inflatables. Raffles takes to a virtual snowmobile while Sugarpuff  bounces and jumps and bounces some more. 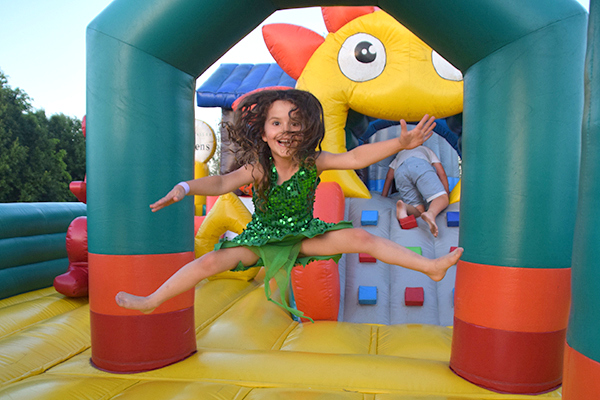 When darkness falls we bounce them off the castles, stage an intervention with Raffles and his new magician friend, who may need to take out a restraining order on my obsessed offspring, and then delve into the glittering gardens. 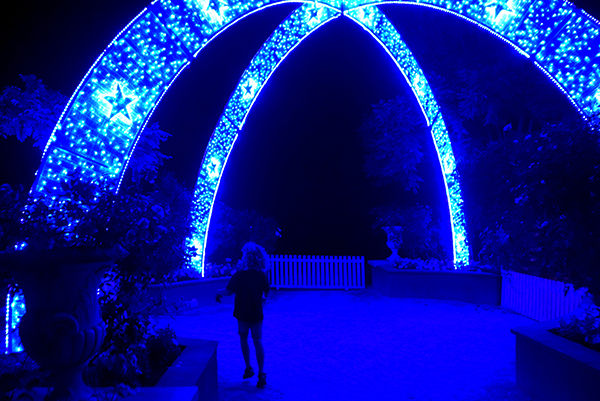 We follow a path through canopies of trees dripping with coloured light, through incandescent tunnels, passing shimmering sharks, flashy flamingos and radiant reindeer along the way. 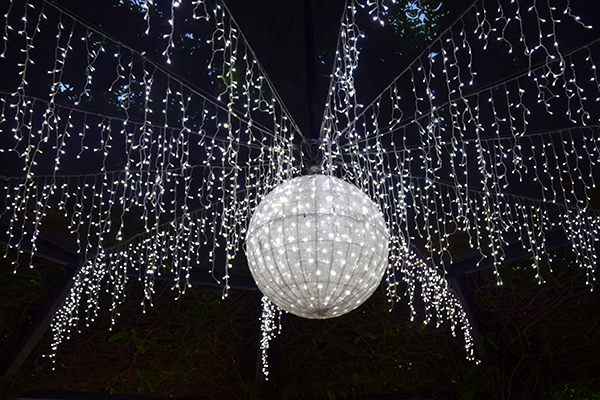 We fall down the rabbit hole and into the enchanting Storybook Garden, where the kids leap between mushrooms and enchanted plants. 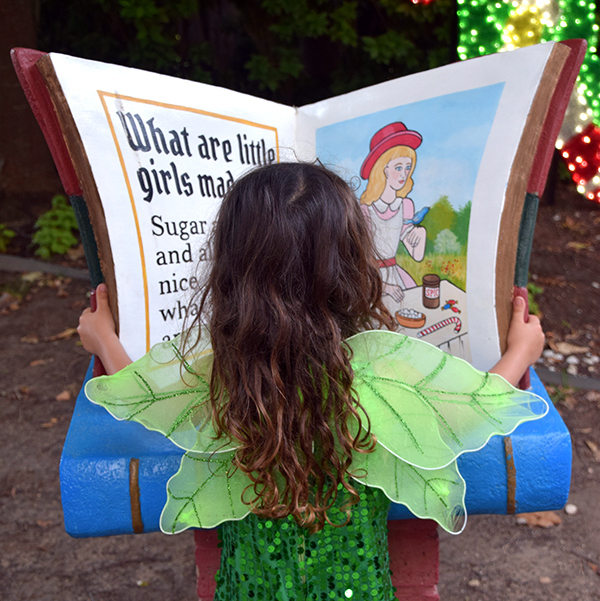 We get lost in the maze that is the Twelve Days of Christmas, stroll down pathways of light and stare up into the sky to see the tips of the giant shimmering Mega Trees. 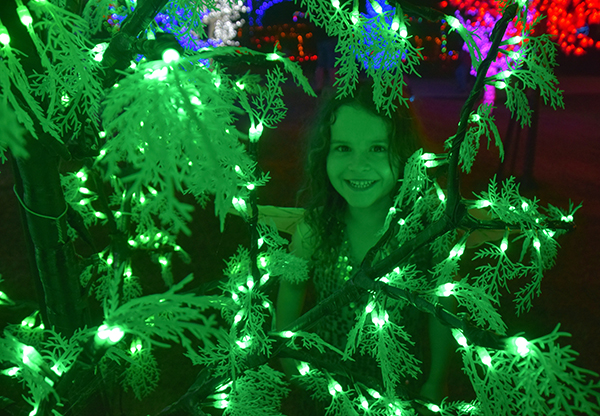 Globetrotting Raffles and I are particularly taken with the Around The World exhibit with its giant glittering globe and iconic structures from around the world, including dazzling Dutch windmills, a luminous Leaning Tower and an Eiffel Tower as sparkling as the original. 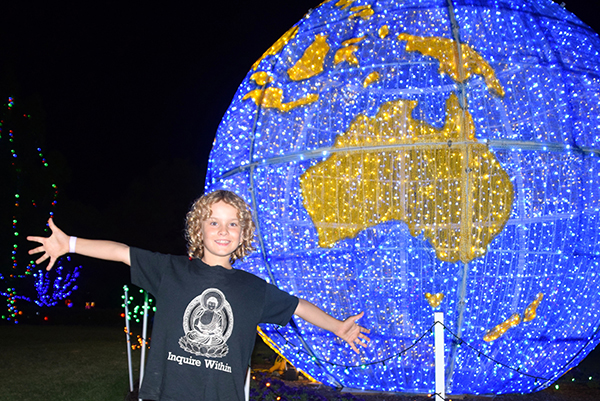 While Sugarpuff delights in the fantastically regal display at Cinderella’s Castle. 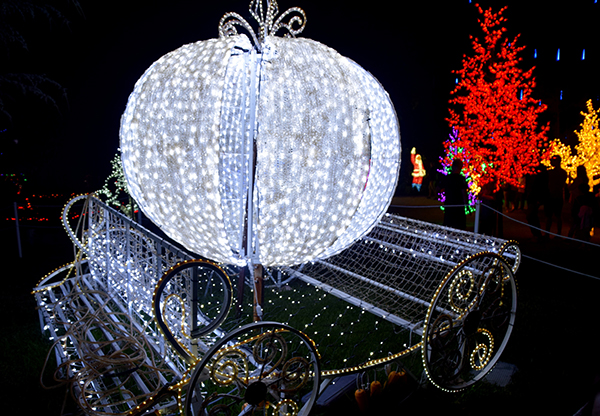 We stumble mesmerised from one luminous fantasy garden to another. Sugarpuff is in sweet, sugary heaven as we enter Candy Land where – electrocution not on our agenda for the evening – we have to restrain her from licking the electronic sweeties.

She sits in a circle of stone children, happily chattering away, lost in the fantasy of it all. 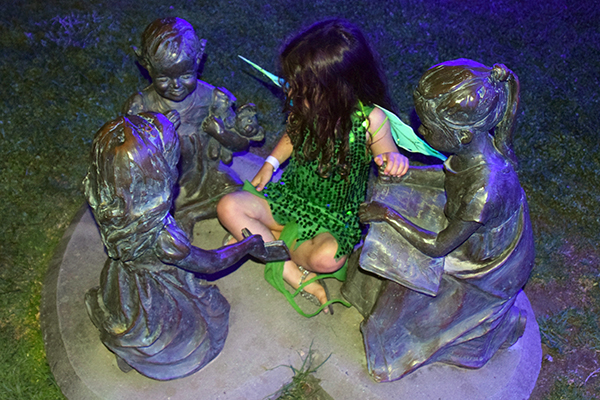 We continue on through fields of neon cactus, past glistening waterfalls and lagoons complete with gleaming and glistening jellyfish, oohing and aahing all the way until we reach the most magical garden of them all. 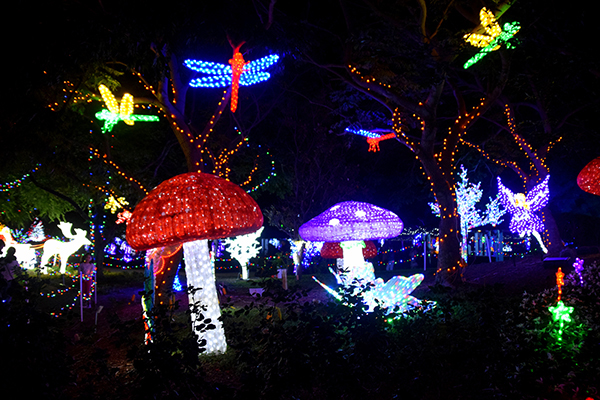 In the Fairy Garden, Sugarpuff is entranced with all the pretty ponies and neon fairies. The rest of us are more entranced with our own sparkling little fairy as she flits between neon Tinkerbelles, her eyes wide with wonder and a radiant smile on her precious fairy face as she pretends to paint butterflies with her glittering magic wand until its time to leave. 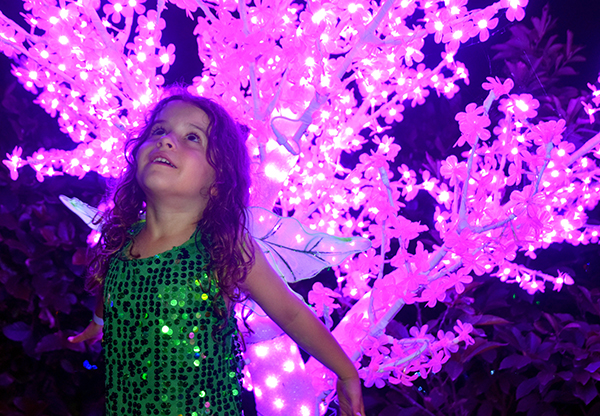 At least that’s the plan, but it’s somewhat scuppered but the reappearance of Raffles’ magic mate, sans restraining order, and once again my kids are in fits of fanciful giggles as he conjures fire and farts up a fantastical storm.

1. Friday and Saturday nights are extremely busy at Hunter Valley Gardens Christmas Light Spectacular, so if you can time your visit on any other day of the week, you should.
2. Book online! There is a separate queue for prepaid tickets that is much faster than the one for those paying on the night.
3. Online tickets must be printed and cannot be scanned from mobile phones.
4. Make sure your kids are wearing comfortable shoes, as the gardens are big.
5. Get there before the gates open at 6.30pm for easy parking and to avoid a long wait.
6. No BYO food or drinks are allowed to be brought in and, as the lights aren’t at their best until dark, it’s a great idea to head straight to the food stalls to beat the hungry hordes.
7. It’s also a good idea to hit the FunZone early in the evening before the crowds descend.   8. Ensure you supervise your children on the rides at all times.
9. Lights only run weather permitting, so if it looks like rain, check the Hunter Valley Gardens FaceBook page for cancellation notices before you venture to the gardens.
10. If you’re visiting with young children, it’s a good idea to book accommodation nearby. 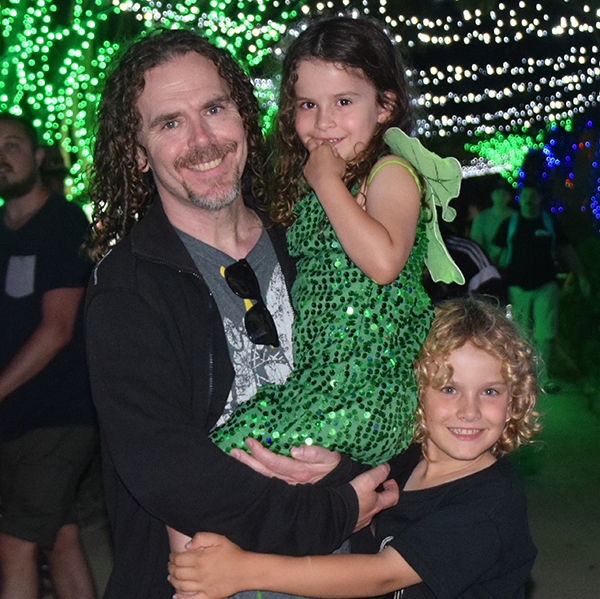 Disclosure: BoyEatsWorld were guests of Hunter Valley Gardens, however all food purchases and rides were independently paid for and all opinions are our own.