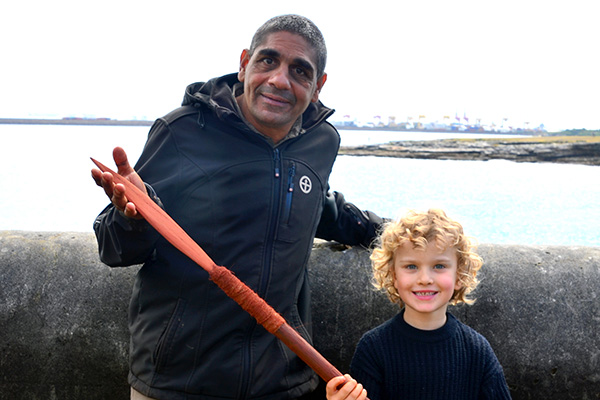 There’s not much about Sydney that hasn’t been written about. But this city still has secrets, and if you think that you’ve seen everything it has to offer, think again. I could start by telling you about tranquil secret gardens and pristine Harbour beaches left largely untouched by visitors. I could tell you about Sydney’s own Hanging Gardens of Babylon, a sunken water garden surrounded by heritage columns not even ten minutes from the city centre. And of course I could tell you about pretty spaces filled with Gumnut Babies and fairies. But as delightful as all of these things are, I’m not going to.

No, its NAIDOC week and given my bleeding heart hippie tendencies, I’m going to take the opportunity to reveal a few Sydney surprises that offer an opportunity to expose your kids, and yourselves, to the ancient Indigenous culture and history of the country we live in.

But lets start at the beginning. The very beginning!

Aboriginal Australians have danced, drawn, sung and been at one with this land for more than 60,000 years, and while you might think a trip to Uluru is needed to truly connect with and learn from one of the world’s oldest and most fascinating cultures, you’d be wrong.

New South Wales is home to Australia’s largest Aboriginal population and Sydney was once the unspoiled home of The Eora Nation. This nation of more than 29 clan groups made up the coastal Aboriginal population around what is now known as Sydney until the arrival of Captain Cook. I say until because the Indigenous population didn’t have the foresight to implement a human rights violating “stop the boats” policy and Captain Cook decided, in spite of walking, talking evidence to the contrary, that this land was “unoccupied” and, to a soundtrack of musket fire, declared it the property of England. As one does. At least when one suffers genocidal tendencies. But I digress…

The Gadigal people, who lived in around Port Jackson, were decimated during colonisation, thanks to the new settlers predilection for guns, which they used to full effect, and the arsenal of diseases they brought with them, including small pox, which  wiped out as much as 80% of Sydney’s Indigenous population. But descendants of the survivors of the Eora Nation are still living in Sydney and, with its oral tradition unbroken, their culture remains alive.

Many illuminating cultural experiences can be found in Sydney and from the very depths of my soul I implore families to share these with their children in the spirit of respect and recognition of Australia’s First Nations people.

On our doorstep we have incredible museums and galleries including the Art Gallery of New South Wales’ Yiribana Aboriginal and Torres Strait Art Gallery and The Australian National Maritime Museum’s EORA First People exhibition. Either would make a great starting place and both boast incredible artefacts and symbolic artworks that tell beautiful stories. But, as wonderful as they both are, the Eats Worlds prefer to connect with culture by immersing ourselves in a truly authentic experience.

Here we share three of our family’s favourite Indigenous Sydney experiences that have allowed us to learn the stuff of this country’s history in a way that it can’t be learned from book or classroom.

My kids are fascinated with the scientific knowledge Indigenous Australians have of plants for use as food and medicine. The Royal Botanic Garden’s Cadi Jam Ora; First Encounters Garden is the place to explore ‘nature’s supermarket’ in Sydney. The cultivated Botanic Gardens were once a wild place chock full of native plants and animals that, until the arrival of Cook and England’s deported crooks, provided food and shelter to the Gadigal people. This weekly tour, every Friday at 10am, led by an Aboriginal guide, not only shares the secrets of bush tucker and medicinal plants but allows visitors to hear about the events that occurred on this piece of land from both a European and Indigenous perspective. 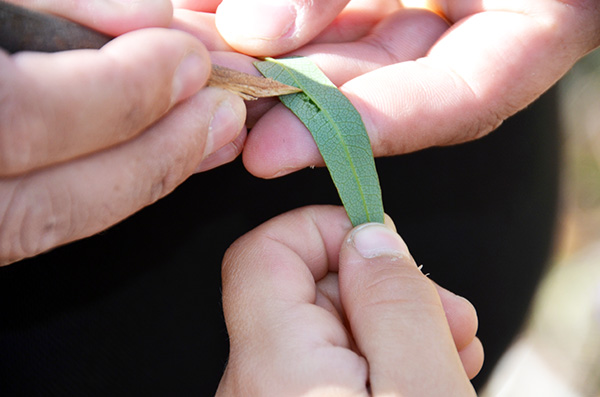 There’s really no better place to spend a sunny Sydney day with the family than on a boat exploring the most beautiful harbour in the world. And the Mari Nawi isn’t just any boat. On this vessel, the Aboriginal hosts and crew share the stories of the Eora, Cadigal, Guringai, Wangal, Gammeraigal and Wallumedegal people, along with their knowledge of traditional fishing methods and food gathering techniques… handy tips for a pelican like Raffles.

It wouldn’t be us if we didn’t attempt to embrace indigenous culture through our bellies. Enter the incredible Blak Markets, held on the first Sunday of ever month at Bare Island, La Perouse. The incredible market is dedicated to Aboriginal crafts, skills, food and providing an Aboriginal perspective on history whilst raising much-needed dosh to assist Aboriginal youth at risk.

Our love of the markets isn’t just because Raffles likes to eat his way through the amazing food stalls, devouring bowls full of ‘deadly dumplings’ and spearing kangaroo kebabs into his gob, while Sugarpuff sucks back the refreshing Lilli Pilli cordial. Though it certainly doesn’t lessen the appeal. 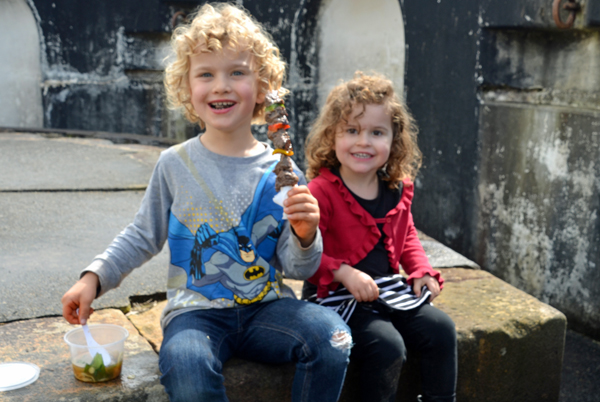 For us it is the unsurpassable opportunity for our kids to be exposed to and learn about local indigenous culture from traditional teachers. These generous folks give their time each month to pass on the knowledge that has been passed on to them for generations with mesmerising tales and hands-on workshops that leave both our children spellbound. 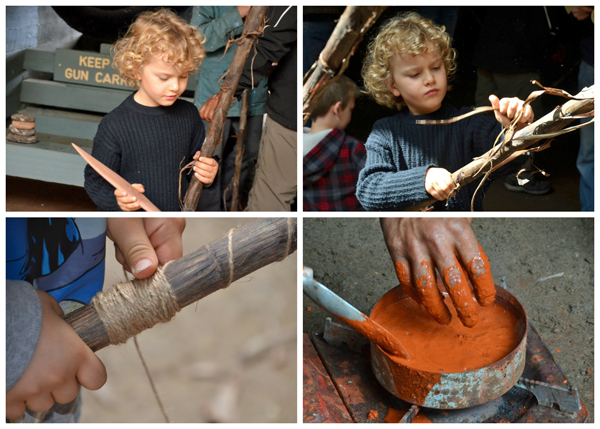 Sugarpuff is enamoured with the cute mini cultural workshops where she can paint, stick and colour with the lovely ladies of Blak Markets, who she simply adores. And for Raffles, an intense but fun workshop in spear making not only filled him with confidence in his own ability to create something useful from nature, but left him passionate about the importance of a kind, responsible and sustainable way of living.

Knowledge that I hope he’ll one day pass on to the next generation.