Umm, not exactly. At least not in Shimokitazawa, a low-rise haven for hipsters just minutes from the neon beanstalks of Shinjuku and Shibuya and colourful Harajuku, that is like something from a boho fairy tale. 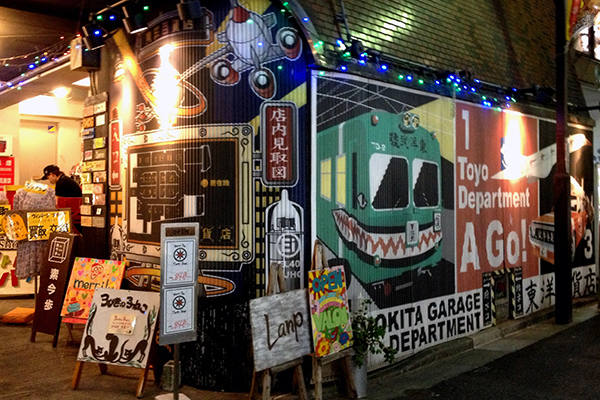 It’s my second visit to this funky town but this time I have my little rock stars in tow, and one of them is decidedly unhappy when we step out of Shimokitazawa Station into a quiet little laneway lined with tiny two-storey buildings.

When a confused Sugarpuff plaintively cries “but where are the kitties?” I gently explain that Shimokitazawa is more about cool cats than kitty cats. She looks forlorn until we spot Caterium, a cat café that is just the thing to appease her need for feline interaction.

$20 bucks later her Kitty addiction is sated and we head further into the narrow traffic free streets. The kids are surprised by the distinct lack of cars. In fact, the only traffic at all is the occasional bicycle wheeling by in this pedestrian friendly village. 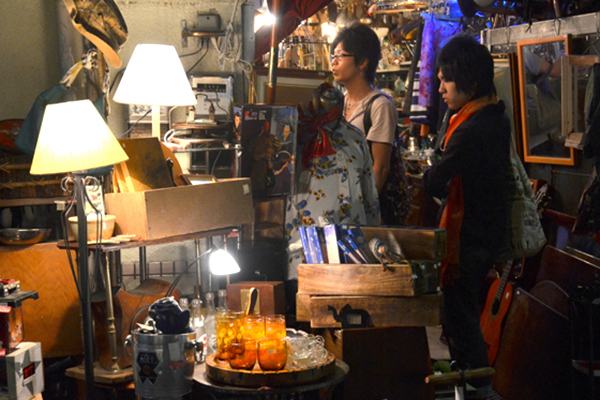 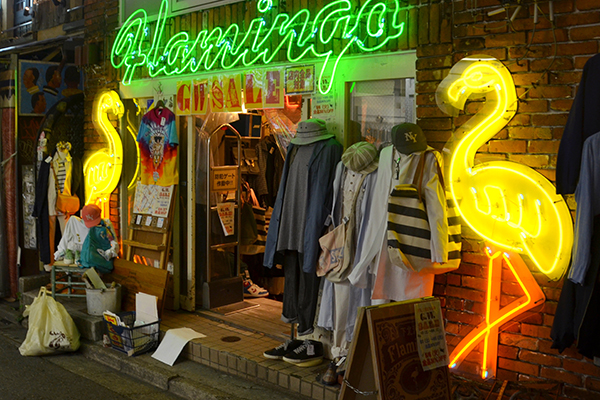 There’s no glitz, no flash, and the relatively little neon has a touch of 70’s Vegas about it.

Raffles trawls through the vintage and too cool for school boutiques, oohing and aahing over a serious collection of Docs with all the reverence of the most dedicated hipster. 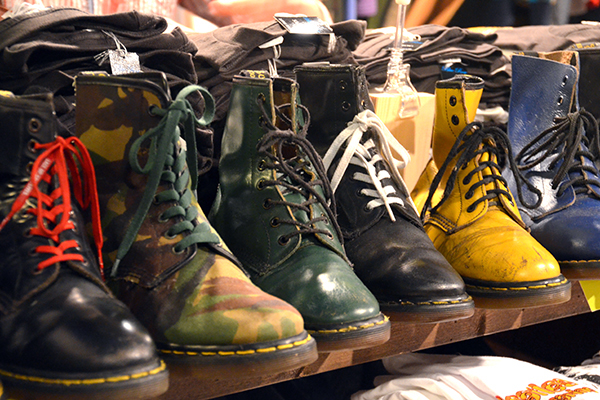 While Sugarpuff is in conniptions over a suitcase of vintage teddies and dolls. 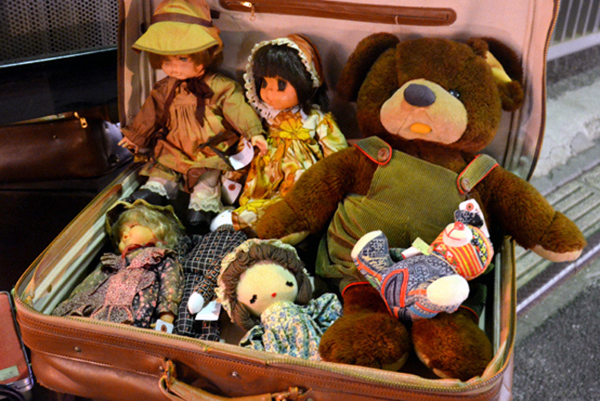 The streets and stores are relatively quiet, and as they down shutters for the day the streets start coming alive with people. Extremely cool people. With tattoos, blue hair and artistically ripped jeans. Not to mention killer shoes. And guitar cases, the carrying of which is so common I begin to wonder if it is a legal requirement. 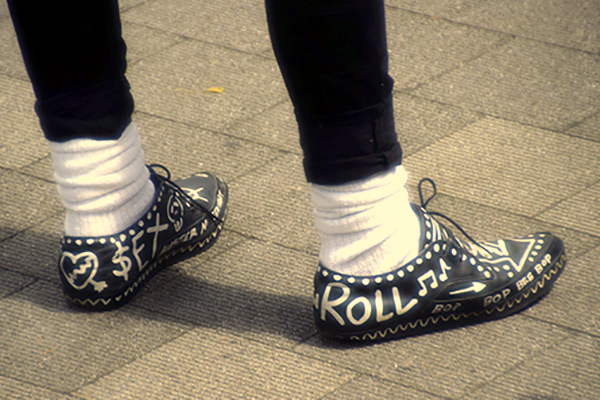 Oh, and some surprisingly creative facial hair… at least on the males. 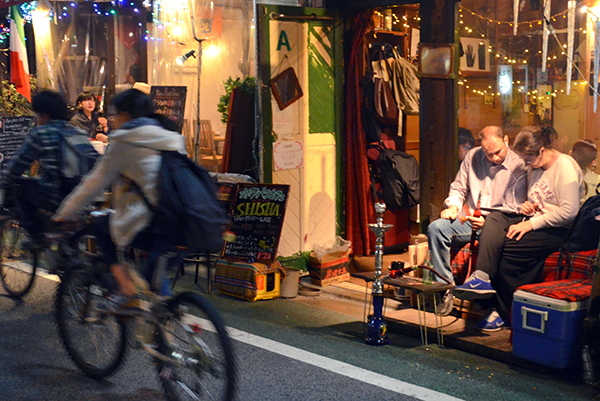 There are tourists sucking shisha pipes on the footpath outside a cafe, Hawaiian shirted hedonists delving into a tiki bar, grungy guys heading for an English-themed rock bar and vintage-clad artsy types taking to tiny amateur theatres. It’s like New York’s Williamsburg or Melbourne’s Fitzroy have dropped a Japanese trip. 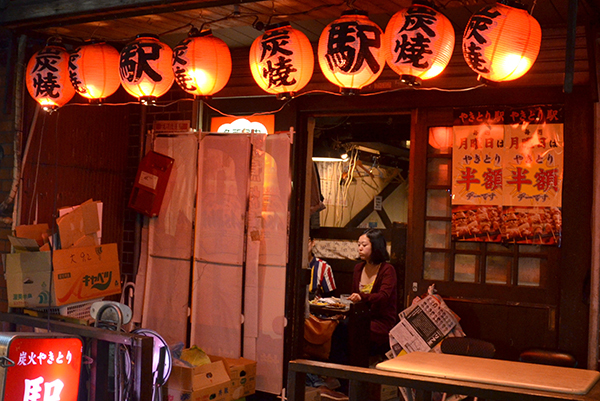 We stop at one of the dozens of tiny izakaya and down a few plates of spicy chicken yakitori and agedashi tofu while we enjoy a spot of people watching. And come away with the distinct impression that these artfully cool people really do like to be watched.

When Raffles hears the sounds of reggae pulsing from a doorway nearby and then spies the entrance for Shelter, which I explain to him is an uber cool punk venue housed in a bomb shelter that wont be open for hours… and that he wont be old enough to visit for a good dozen years, my music-loving baby declares he’s growing an appropriately sparse goatee and moving here.

But his pursuit of becoming hirsute will also take a good dozen years and, as it’s getting a little late for a small boy and his even smaller sister to be getting down in funky town, this short taste of hipster life Tokyo style will have to suffice.

30 Comments on Tokyo with Kids: Hanging with the Hipsters in Shimokitazawa