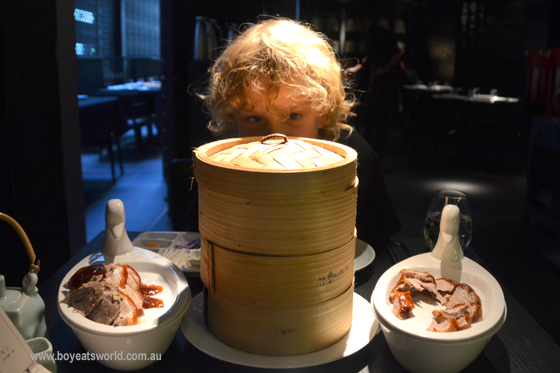 At China Republic it is pretty dark and there are statues of warriors. It reminds me a bit of the place where Master Croc and Master Ox are locked up in Gonmen City in Kung Fu Panda. I love Kung Fu Panda and I love food so I think it’s AWESOME! 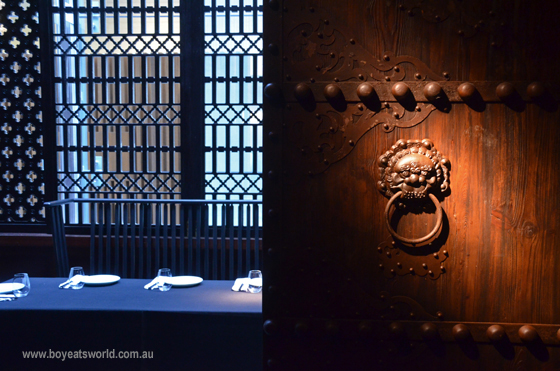 While mummy and I waited for our lunch we had a look around. I wished we could have sat upstairs because they have a spinning table and giant chairs and umbrellas on the roof but I was OK sitting downstairs too because there were GINORMOUS warriors right next to our table. 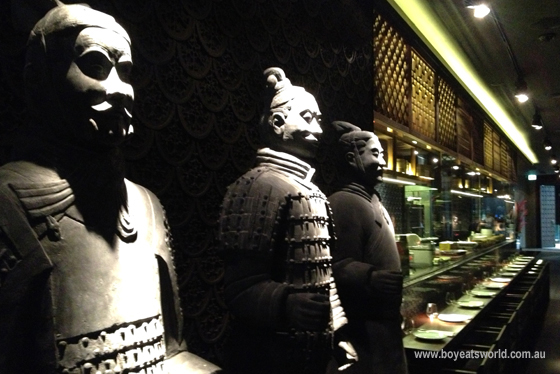 I liked the music that was playing but I found it hard to stop my feet from dancing even though mum looked cross and kept telling me to sit still.

The dumplings were pretty good, even the Sichuan ones which looked like big fat fish swimming in a bath of fire. They made my tongue burn a bit but that didn’t stop me from stealing mums and eating it when she wasn’t looking. 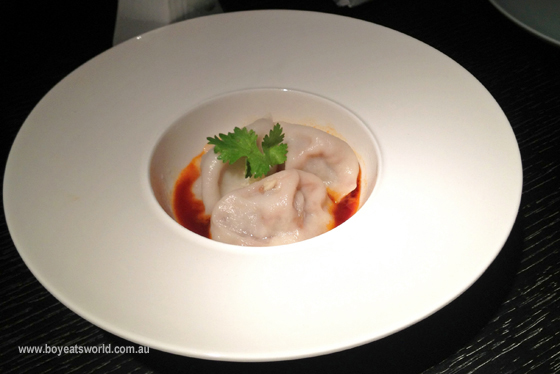 The Sweet and Sour Pork Ribs came in a gooey sauce and the meat was melty and so, so yummy that I wanted to eat 500 more. 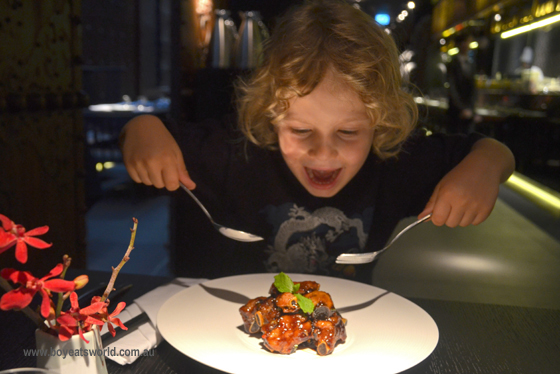 The Peking Duck was the best! It came with pancakes and little bread pockets plus a plate with cucumber, bean sauce and some other stuff so we could make it taste how we liked. 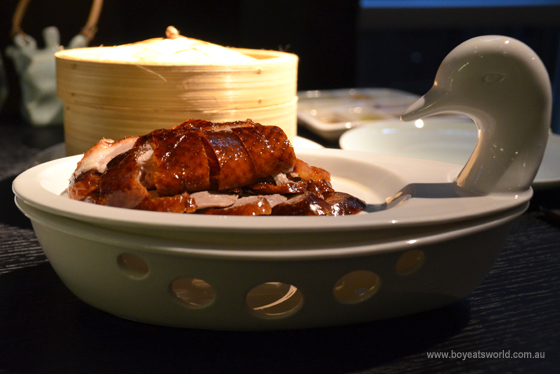 They told us to dip the crispy skin into sugar which sounded a bit weird to me but I tried it and it turned out to be yummy. We could see the chef making the duck through a window. 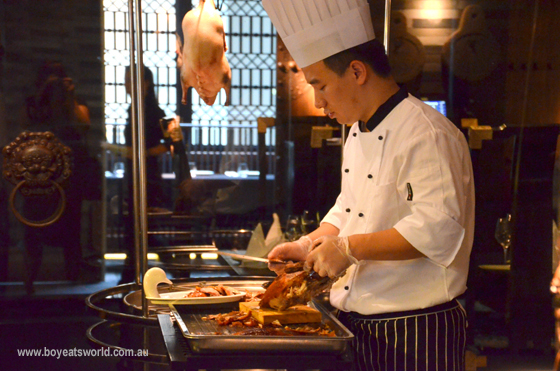 The nice man who looked after us said that there were three chefs just to make Peking Duck and that it takes a whole week to make.*

I didn’t like the dessert very much but my mum loved it. It was some weird thing with jam.** 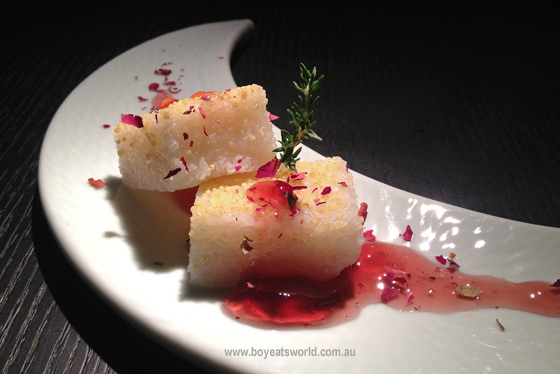 I especially liked the fish on the ground in the toilets.*** They were some kind of movie fish and moved all over the place while I chased them. There were real fish too in a pond in the restaurant but I liked the toilet ones best.

*The Peking Duck at China Republic requires more than a week of preparation before cooking. The ducks are cleaned in cold water then pumped with air and hung to dry. While hanging, the duck is glazed with a special syrup and then frozen for at least seven days to get the skin structure right. The ducks are defrosted for eight hours at a constant low temp of 16 degrees then dried with an industrial fan . After all that attention they are finally cooked for around 40 minutes in a special oven, then sliced and served with Mandarin and pocket pancakes, eight condiments (extra) and a little pamphlet explaining the right way to use them.
** The “weird” dessert referred to by Raffles is actually a delicious Glutinous Rice Cake with Rose Jam.
*** The “toilet fish” are projections. 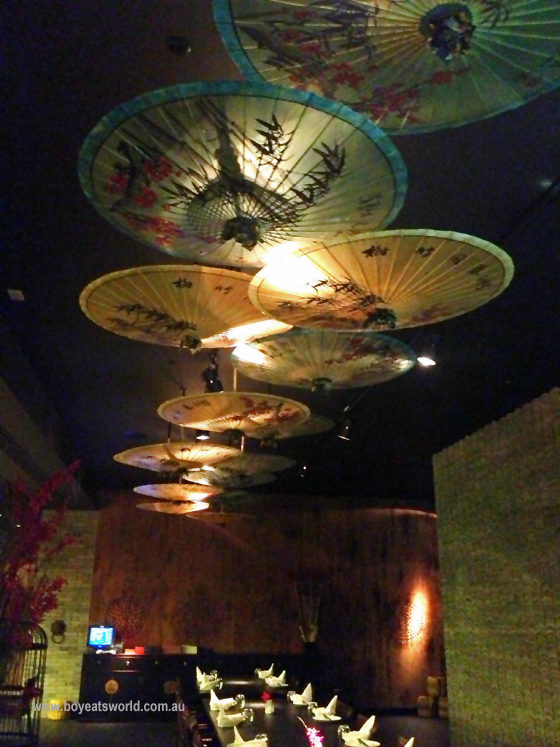