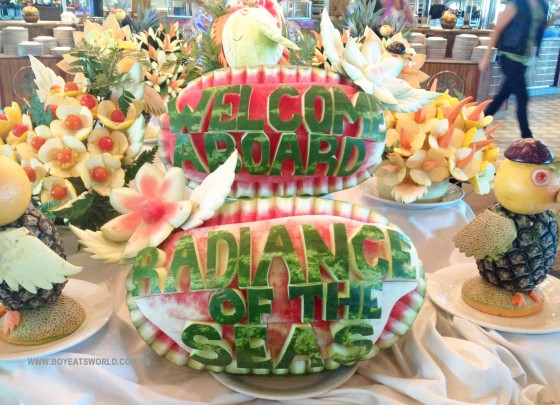 Our little sailors have taken to cruising like seagulls to chips. Speaking of chips, the food on board Radiance of the Seas is fantastic. All 70 tonnes of it. Which incidentally is about what I’ll weigh after our cruise!

There are so many dining options to choose from, it’s easy to find something to float your culinary boat, if you’ll pardon the pun. There’s a la carte dining in the elegant 1000-seat Cascades Dining Room. The extensive menu changes nightly and it is here Raffles is seduced by snails with a plate of garlicky buttery escargot and where, I’m proud to say, wee Sugarpuff too nixes the kids menu for the a la carte options. 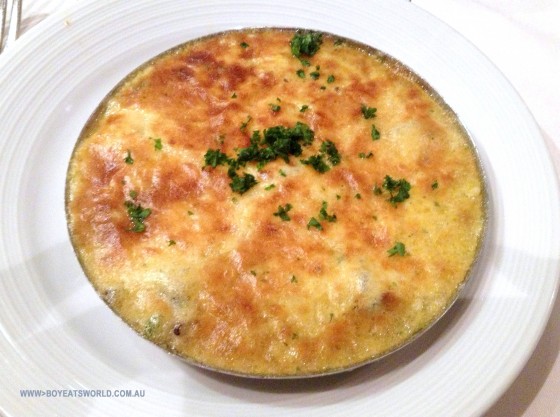 There’s also a waistline expanding selection of delectable desserts that I, being a happily undisciplined glutton, am unable to resist. 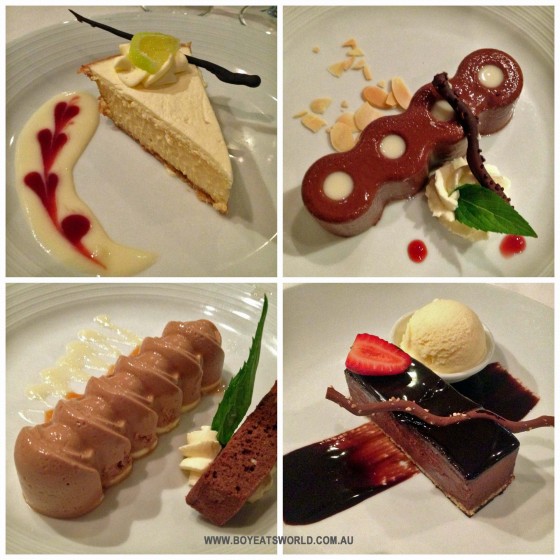 The buffet in the ship’s timber-lined Windjammer Café offers an enormous variety of cuisines from healthy salads to curry and pizza via noodles, soups and roasts. It is also where we watch on in fascinated horror as Raffles practically dons a feedbag and consumes his own body weight for lunch each day, hence us renaming it “The Trough”.

And of course there’s all that lurking by the ice-cream station… but Radiance offers a whole lot more for serious scoffers at sea. In fact, with 12 restaurants on board, Radiance of the Seas offers the most extensive range of dining options, other than her super-sized big sisters Oasis and Allure of the Seas, in the Royal Caribbean fleet.

And those options are impressive. From gourmet hot dogs at the Boardwalk Doghouse (we dig the Bratwurst and the Sicilian) and Mexican flavours at Rita’s Cantina to Poolside BBQ’s where even the Captain joins in with the tongs! 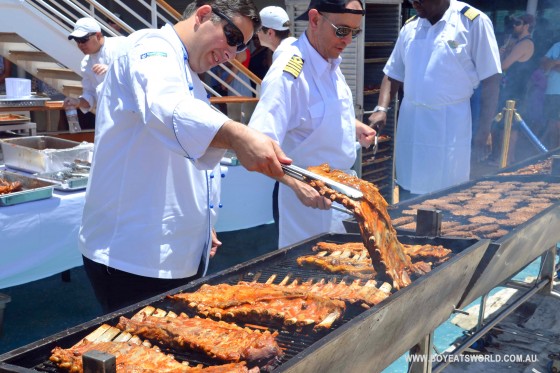 Not to mention our favourite, Izumi, where we devour freshly-prepared sushi, sashimi and sizzling seafood cooked on hot rocks at our table. 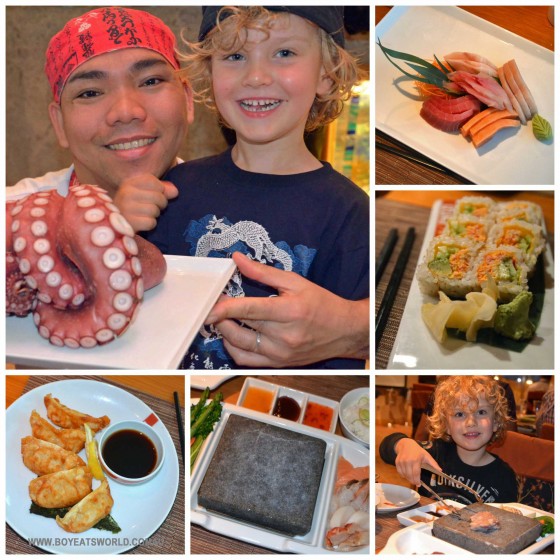 The giddy euphoria that the four course “Chocolate Breakfast” served in the main dining room unleashes in my small people can’t go without mention. 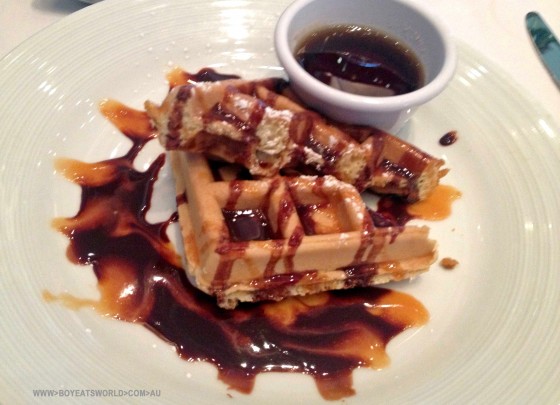 Raffles and I are lucky enough to score a meeting with Executive Chef, Costin Giurouiu, and Izumi head chef, Christopher Aquelo, to chat about what it’s like feeding a ship full of hungry people.

As Executive Chef Costin is responsible for the 70 tonnes of food that is delivered at the start of every cruise as well as the management and ongoing training of a team of 145 who produce a staggering 15,000 meals per day for the 2350 passengers and 850 crew on board. His team includes an Executive Sous Chef, six Sous Chefs, 14 Chef de Parties, four qualified butchers and 11 pastry chefs who, aside from baking all the delicious pastries and sandwich bread on board, produce a staggering 6000 fresh bread rolls every day, not including those for the specialty restaurants.

Remind me not to bitch and moan next time Raffles and Sugarpuff demand two different breakfasts. 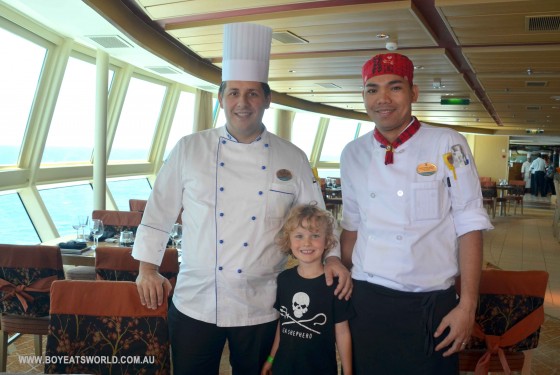 However when it comes to the in-depth story, the absolutely delightful Costin and Christopher allow me to hand things over to my four-foot food freak and grant junior journo Raffles his first ever interview, which goes something like this…

Raffles: How many meals do you make on each cruise?
Costin: On this ship we prepare 15,000 meals per day.
Raffles: That should be just enough to fill me up, but what will the other people eat!? Raffles: How can you run 12 restaurants at the same time
Costin: I have a lot of help.
Raffles: What is your favourite meal to cook and to eat?
Costin: Oh, I don’t have just one favourite. That is why my belly is so big.
Christopher: I like to make Japanese food of course, but I am from the Philippines so I also enjoy eating and making Filipino dishes.
Raffles: What do you do like to do on your days off?
Costin: The catering crew don’t get days off. All the staff work 10 hours a day every day of the week. But sometimes we can manage a short break in the day to go ashore for a special lunch or to try a local restaurant.
Raffles: (to Christopher) Oh, I was hoping you’d hang out with me.
Raffles: Then can I just have some sashimi and another one of your yummy snow crab rolls?
Christopher: Of course!

Move over Barbara Walters, this little guy is asking the BIG questions.

22 Comments on A floating feast // Radiance of the Seas