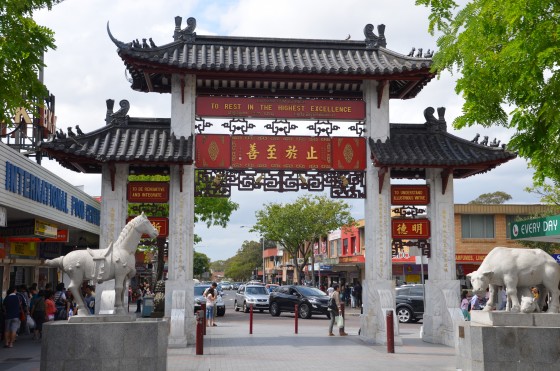 “Has anyone ever written an article about an Asian city without using the words ‘bustling’ or ‘teeming’?” asked a friend on Facebook just as I started to write this post about Cabramatta with kids and, while technically it is an Australian city, it’s one that definitely owes a fundamental part of its character to Asia.

In fact, Cabramatta is probably Australia’s most ethnically diverse area, with around three quarters of its residents born overseas. In ‘Cabra’ (as the locals call it) you’ll find at least a dozen different types of authentic and affordable Asian Cuisine, traditional herbalists with their wonderfully smelly concoctions (of which I am a huge fan) and an abundance of colourful and crowded stores plying their wares. From Asian groceries to fabric and electronic gadgets, it’s all here. 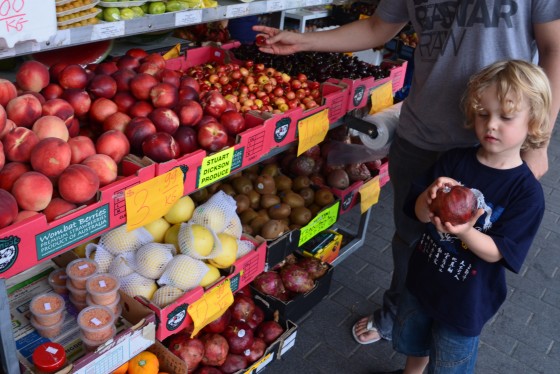 And yes, dear Facebook friend, it is ‘bustling’ buzzing! Particularly the area around John Street, Cabra’s main strip, which is where our little party is heading as Raffles is “starving!” Just for a change. Yes, that is sarcasm you’re detecting. This child is unfillable! I mean, we have just devoured a ridiculously large Vietnamese feast that has left the rest of our party waddling but, like a cow, it would seem that Kid Compactus has a spare stomach.

John Street is teeming heaving with little hole-in-the-wall eateries, each doing their own tasty thing, so I’m pretty certain we’ll have no dramas finding something that will fill Raffles gaping gob. We wander up and down pokey strip malls, each swarming with locals and secreting hidden treasures.

There are verdant veggies battling for shelf space with plump and luscious tropical fruits. 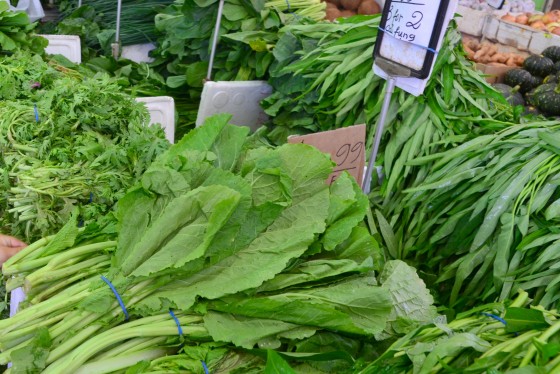 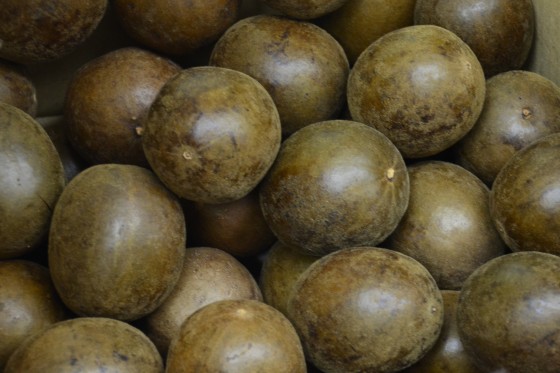 The kids are fairly repulsed by the infamously stinky durian. 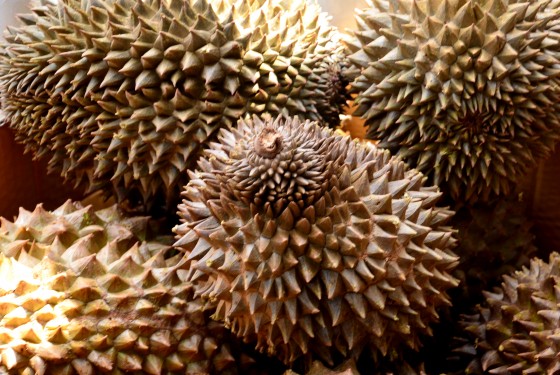 But are quite taken with the look of some spiky red rambutans. A kindly grocer offers the kids a sample and they’re soon smitten with the sweet treats, Raffles proclaiming them to be “super awesome spiky lychees.” Indeed! We bag up some of their awesomeness to munch as we continue on our merry way.

We peruse the interesting jars of what Raffles suspiciously declares “magic witch’s potions” in a traditional medicine store. 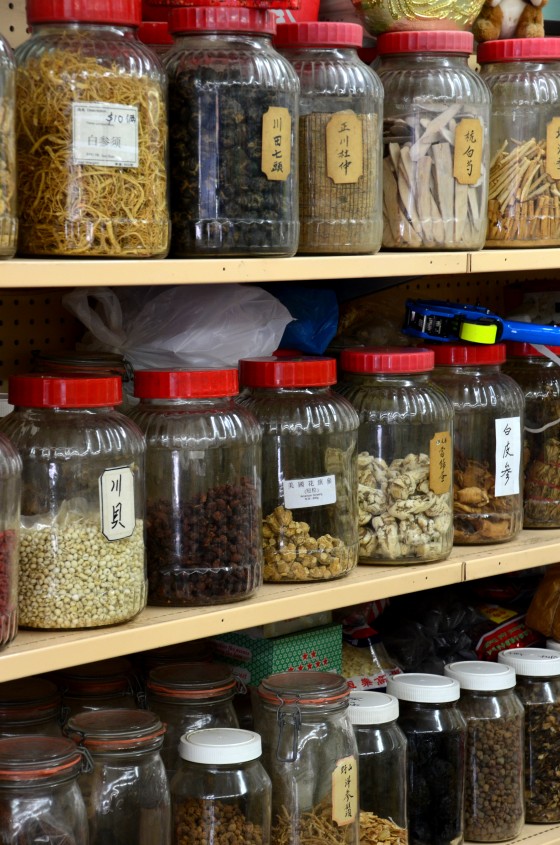 There are stores full of kitschy colourful plastic nic nacs and local ladies selling vegetables and herbs out of their own gardens from stalls fashioned out of milk crates and clearly designed for a quick getaway. 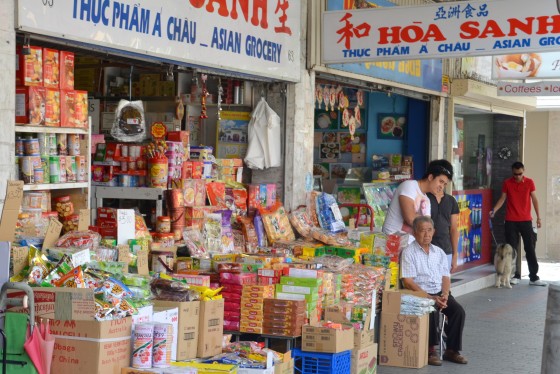 In fact, it weren’t for the weatherboard and red brick we drove by to get here it wouldn’t be hard to believe we really are in South-East Asia.

But are quite taken with the look of the spiky red rambutans.

Cruising the main street of Cabramatta with kids sees us seetling on a bunch of random snacks and we pull up a park bunch with our pals for a DIY high-tea Cabra style. 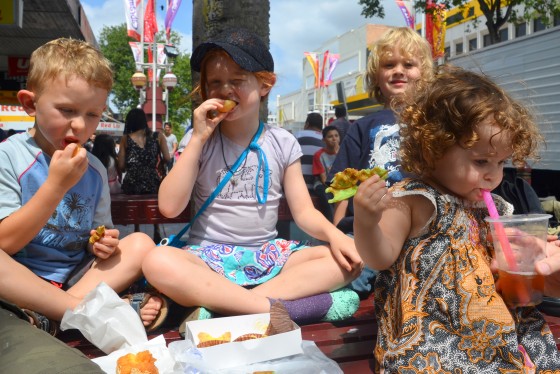 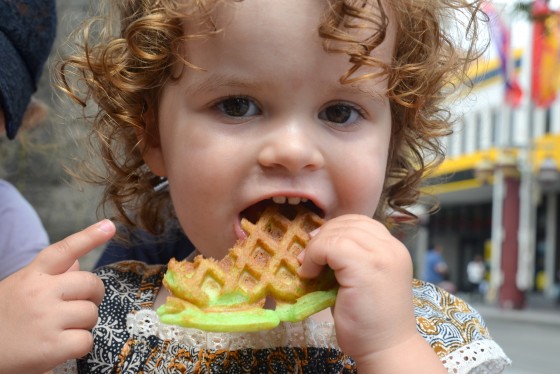 Our friends littlies dig into egg custard pies and other mixed custardy filled pastries from a local baker. 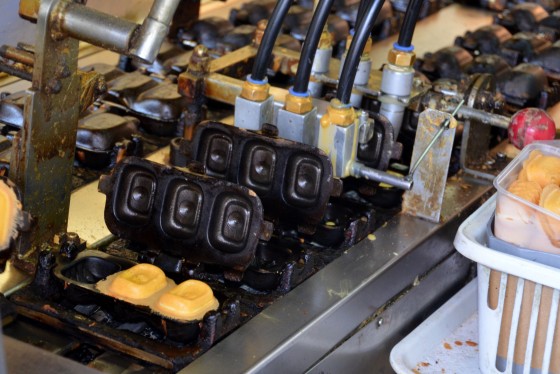 Raffles isn’t a huge fan of custard so instead snacks on some your tiao (fried bread sticks) and shares a lychee ice tea with bursting balls of lychee juice with his mum. And by share, I mean I get a taste before he buggers off with the lot of it. His tardus like tummy finally sated, he’s off to clamber inelegantly over some nearby lions and dance about wildly with a local busker who’s channeling a little Michael Jackson circa 1983. 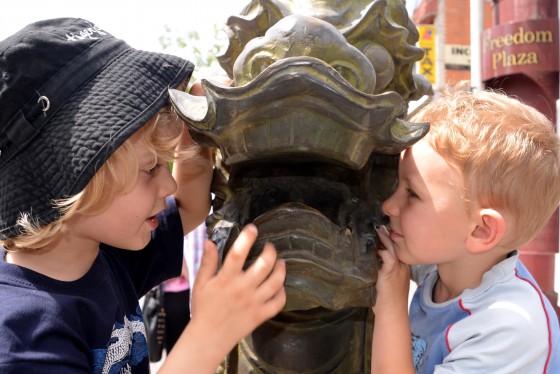 Before we head off there’s one more thing we want to see. Dotted between the fibro homes in the residential streets surrounding John Street you’ll find enormous Buddhist statues and shrines festooned with flags and other ornamental offerings in the front yards of traditional Aussie weatherboard and red brick houses. 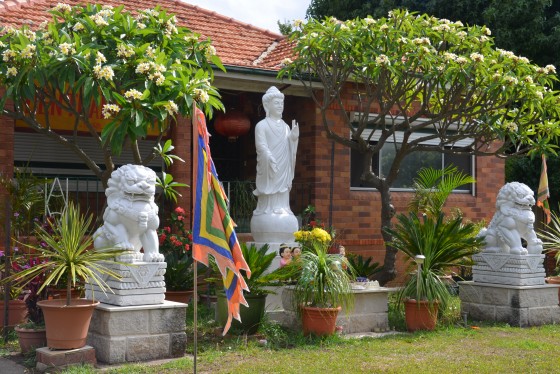 While they may lack the ornate detail of their Asian counterparts, they certainly don’t lack charm. We’re all quite taken with the quirky cool little shrines as indeed we are with Cabramatta. 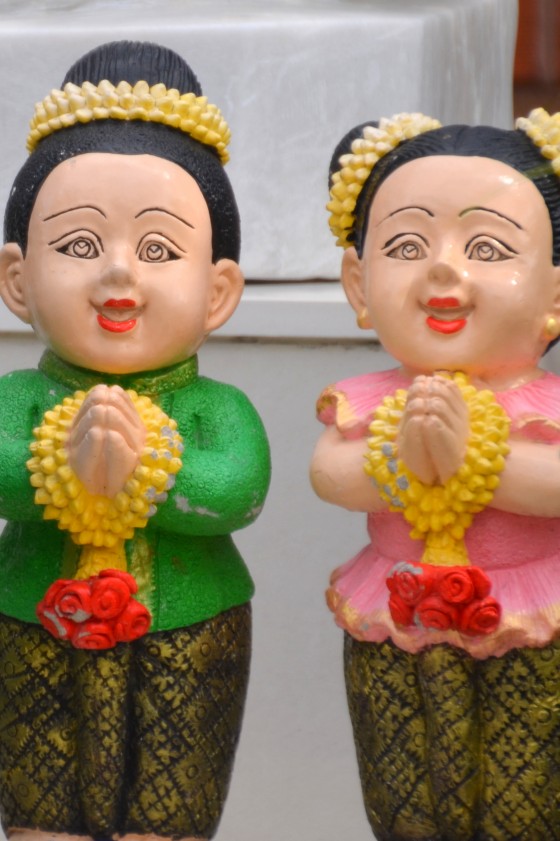