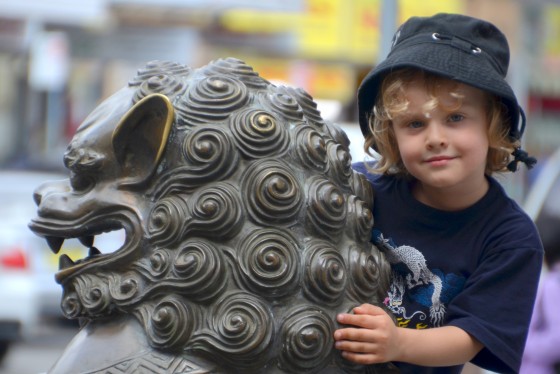 “Mama, I think I need to go back to Vietnam today because I didn’t have any Pho while I was there!” announces Raffles to anyone who’s listening. In this instance, that is pretty much no one as it is only 6am and sensible people are still snoring! I, on the other hand, have 20 kilos of small child clambering on me and am most definitely awake.

Mind you he does have a valid point. We didn’t actually get to eat Pho in Ho Chi Minh City (Saigon). Ordinarily this would be something The Eats Worlds would find criminally negligent but, given we were only there for a four-hour stopover, we didn’t really get to eat much of anything at all and I too am gutted by that because our family, from bub up, loves noshing on most noms of the Vietnamese variety. But then I am also gutted that I am awake at 6am.

Mr Eats World and I spent several weeks in Vietnam pre-kids, a country that is as beautiful as it is tasty, and I agree with Raffles it is definitely somewhere we should revisit with our tiny travellers, and for more than a brief stopover, but not today.

Instead little man, since we’re up, we’ll substitute Saigon with Cabramatta and enjoy a little lesson in all things Vietnamese while we’re at it.

Raffles love of Pho is not surprising given his mothers addiction to the fragrant elixir. The sheer quantity of it that was consumed whilst he and his sibling were busy gestating gives me reason to believe that they quite probably have beef broth running through their veins.

If you want Pho that will truly make your heart sing, Cabramatta is the place. Sydney’s Little Saigon is the biggest enclave of Vietnamese ex-pats in the southern hemisphere.

We’ve decided to share our adventure with friends and their similar aged kids on a kind of trans-generational double date. But our pals deliver a caveat – their children are fussy eaters… yikes!

There are no hard and fast rules with Pho. Even in Vietnam broths differ from restaurant to restaurant and town to town, as is the way it is served and consumed.  The one certainty of is that it is always delicious. No matter how you eat it. Or where. Still, everyone has their favourite and mine (and judging by the queue, everybody else’s) is Pho Tau Bay on (though technically just off) Cabramatta’s busy John Street.

There are eight of us crammed around the utilitarian laminated table in the packed diner and we decide the best way to deal with a mixed table of perennial greedy gannets and a couple of small fusspots is to order a table full of food to share. But first things first, we require Pho, stat!

Raffles has conniptions when they bring out the enormous bowl of Pho Tai. 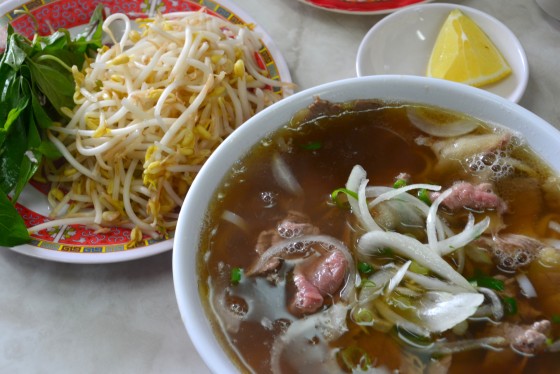 Given the mix of palates at the table we resist the urge of tossing in wads of bean sprouts, lemon and basil leaves supplied on the side plate. And we certainly give our usual generous glob of chilli a miss. Instead we divvy up the contents into individual bowls to be flavoured to taste. I’m thrilled to discover that the broth is so good that it doesn’t even need accompaniment, but I can’t resist chucking in a handful of basil and a splash of chilli.

Ah Pho, soother of souls, curer of all ills… how I love thee! 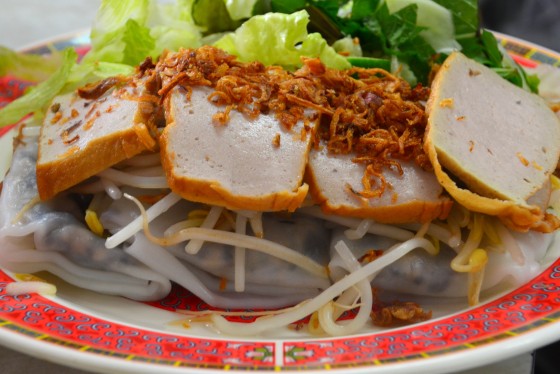 There are pork chops, marinated in lemongrass and fried into crispy loveliness. 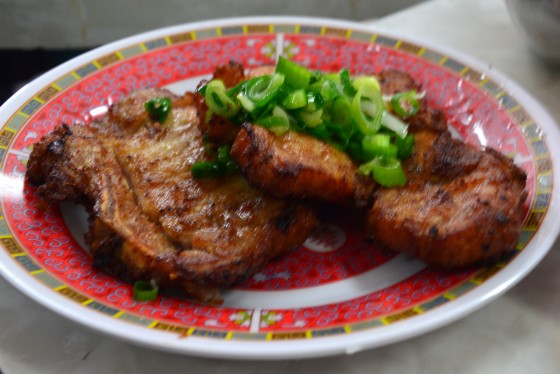 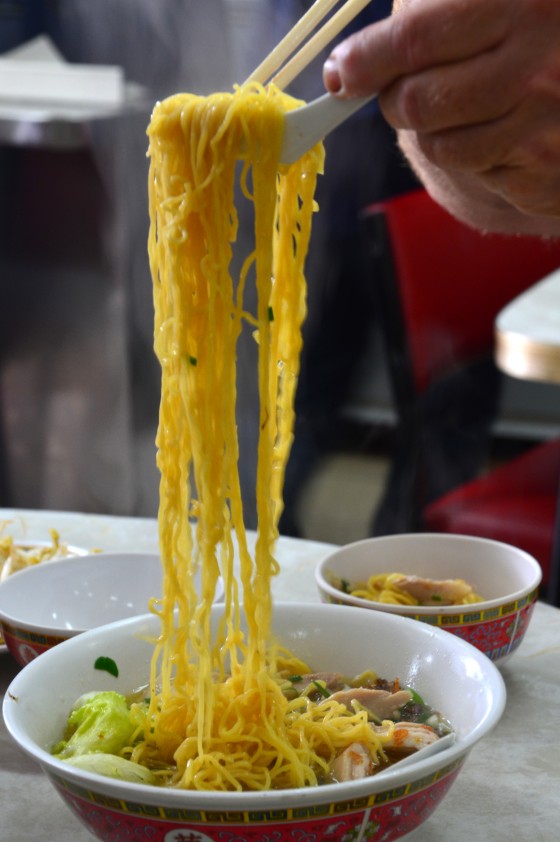 This is a particular favourite with Sugarpuff who virtually bathes herself in the broth before eating the noodles by the fistful.

Com Dac Biet, a curious combo of rice with pork chop, minced pork, egg cake and fried rice… and a huge hit with all the kids who practically lick the bowl clean. 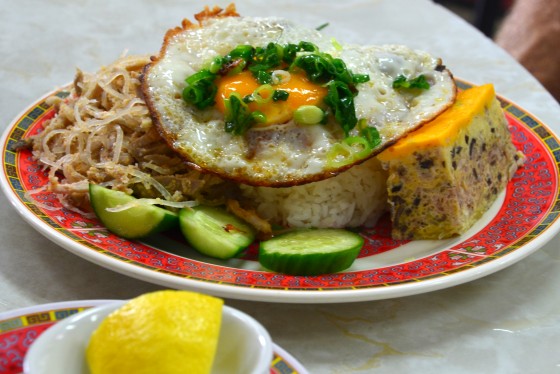 Actually, it’s all a hit with the kids. My friends are slack jawed as they watch their small fussy folk fling food down their throats like it’s their last meal and we are all delighted by the chorus of little voices singing “It’s Delicious!” and pleading for more. 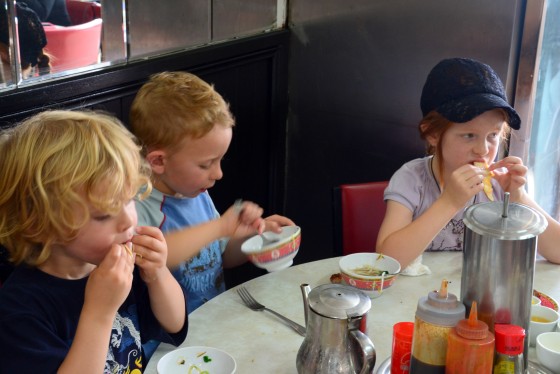 I am a great believer that children are nothing if not copycats. If your littlies are loath to try new things simply find a bunch of kids who are and hang out with them at meal times. Time and time again we watch “fussy eaters” (including our own occasionally picky toddler) consume buckets of food and attempt all kinds of new flavours that they’d usually poo poo, just because other kids are doing it! It’s almost like they’re indulging in a round of competitive eating to see who can be the biggest guts! Though I’ll throw down the gauntlet and declare that it’s doubtful there are even adults who could out eat Raffles – the kid is a compactus!

Indeed, as we waddle out of the restaurant post feast, bellies bursting, Raffles declares he’s hungry and wants to know what’s for dessert!

Guess we’ll have to hit the street and find out baby.