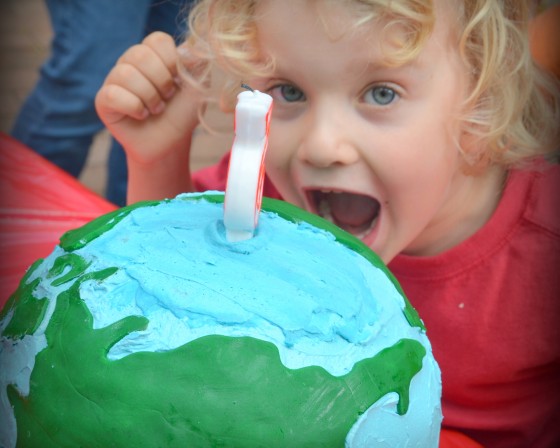 My baby boy has just turned five and I’m still trying to work out how that’s even possible, given he was only born about ten seconds ago!

Seriously, it seems like only moments ago that he burst into our lives will all the flamboyance and energy of a chorus dancer in a glitzy Broadway show but five all-singing, all-dancing, all-wonderful years have passed us by since that extraordinary moment when he came and changed my life, and my already questionable sanity, forever.

In five fab years he has grown into the loveliest, most imaginative, funniest and well, hungriest, boy a mum could want. And I am more than happy to take some of the credit for that (though I figure that it’s got more to do with blind luck than great parenting on my part!)

This birthday was serious stuff to Raffles as he perceived five to be entering “big boy” territory. So, just 363 days before his actual birthday, he started planning his party.  And, like most things that my imaginative little monkey comes up with, it was going to require a cast of thousands and unlimited access to Donald Trump’s bank accounts.

So hooked on travel is my son that he nixed his old pal Spiderman and instead asked if, for his birthday, he could fly his friends around the world. Easy peasy! 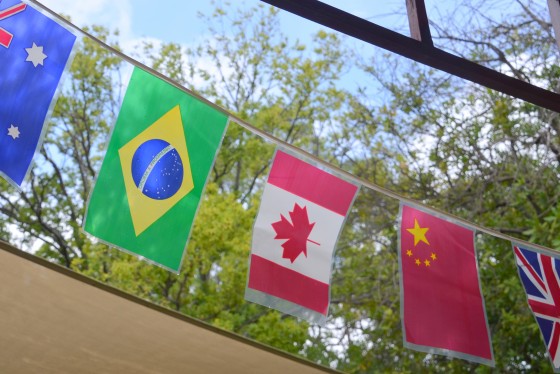 Initially I just laughed and raised an eyebrow as I figured that, like any other normal child, he’d come up with several hundred new ideas between this bold announcement and his actual birthday. This was my first mistake, given that Raffles and normal behaviour are two subjects rarely used in the same sentence.

As the months passed, his extravagant plan was not forgotten and not even his beloved Ninja Turtles could sway him from his plans of global birthday domination.

Sadly, as our private jet was being washed on the weekend we suggested he improvise and that, if it was what he wanted, he and his friends could instead tour the globe through play at an around the world party.

Thankfully, Raffles was happy to fly “Imagination Air” and so, a year after he first came up with his cunning plan, I found myself playing international tour guide as he took twenty of his favourite friends to seven continents in eighty minutes, all without leaving our suburb.

My little pint-sized party planner and I sat down with his Atlas and, as I explained to him the concept of continents, together (with a little help from Google) we came up economical but fun ideas for each one.

Raffles liked the idea of a pretend passport for his friends to get stamped, or in our case, stickered as they completed each activity. 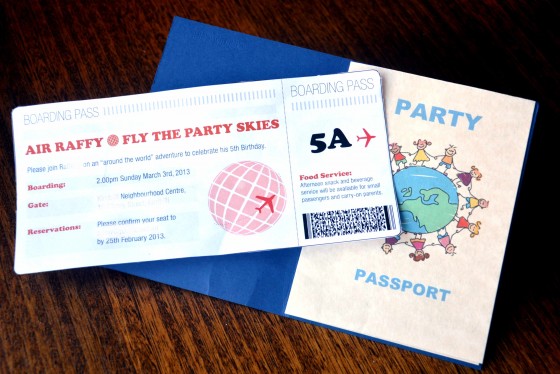 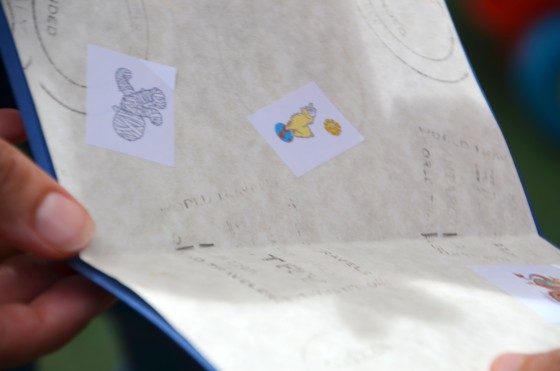 He even asked if I could send the invitations as boarding passes, “like when we go on real holidays, mama!”

Clearly he’d thought this all through. At mind-boggling length!  In fact, I doubt Wills and Catherine put this much thought into their wedding.

Our junior jet-setters started in Australia where, thanks to our utterly awesome neighbour, Tim, they enjoyed a didgeridoo demo. 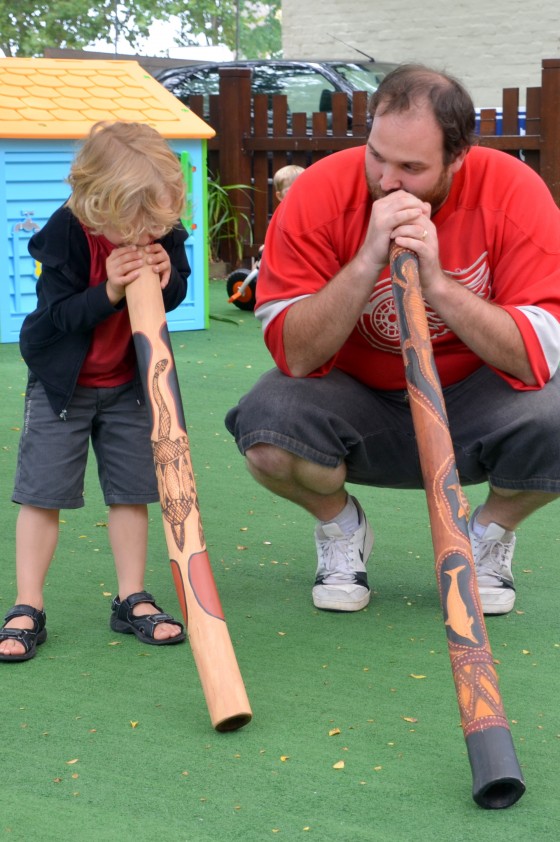 While Tim was pitch perfect, even the best attempts by the enthralled kids resulted only in reproducing the sounds of chronic flatulence.

From Australia we headed to China to celebrate the Chinese Year of the Snake at a table laden with lolly snakes which the kids had to pick up with chopsticks and cram into Chinese take-away containers! 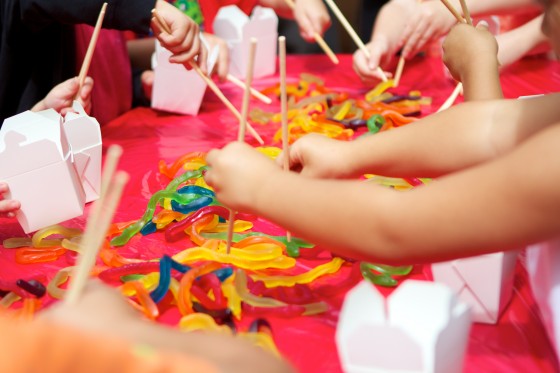 Many inventive methods were trialed and there was certainly a little cheating going on too as the kids were mostly chopstick challenged but the giggling littlies loved this game as much as they loved their haul of sugary treats.

Raffles and I got a little stuck when it came to South America. Mr Eats World’s suggestion of having the kids recreate a Bolivian Drug Cartel didn’t seem particularly appropriate for a five year-old’s birthday party so we chose instead to head to Peru for a raucous game of ‘Pin the tail on the llama!’ As one does in Peru when one has a spare tailless llama floating about. 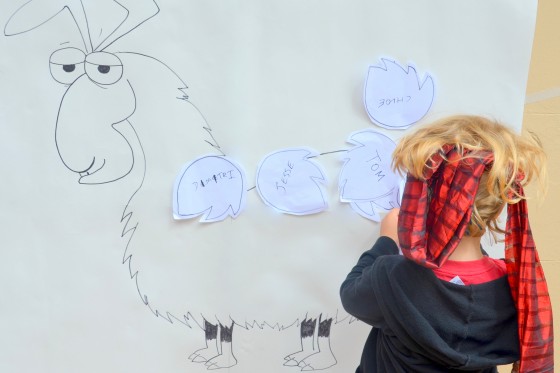 Any party of Raffles is going be about food! So, as well as a table full of healthy international treats from sushi and stuffed vine leaves to homemade guacamole and hummus, we decided to head to Italy for a little pizza. 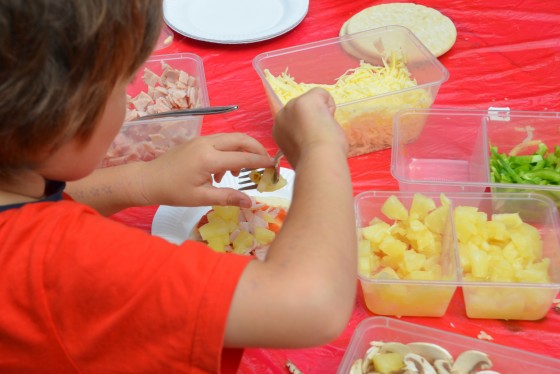 Each child got to choose their own toppings and create the DIY pizza of their dreams in our little makeshift pizzeria. While Raffles piled his high with some fiery salami, the less asbestos-tongued of the children went the not-especially-authentic ham and pineapple option.

While the pizzas cooked we took a quick detour to Egypt where, after a demonstration by this yummy mummy mummy, we set the kids on each other with toilet paper! 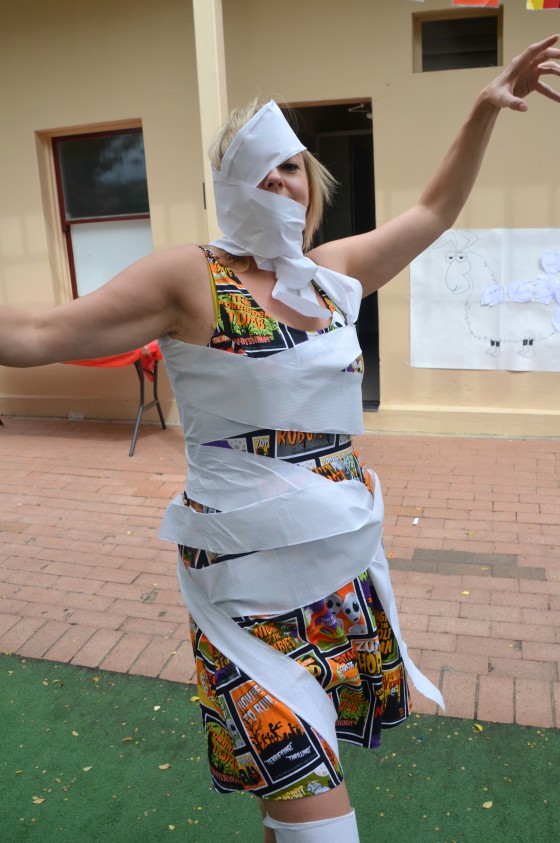 And so we allowed our children mummify each other. As all the best parents do. 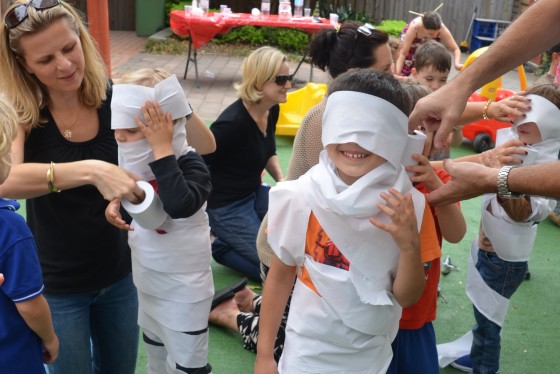 Ever seen twenty small children mummified in toilet paper? I highly recommend it – though Zombie Apocalypse skeptics may end up with their beliefs in more tatters than the strips of toilet paper (which was all responsibly collected and recycled!) wrapped around our kids. 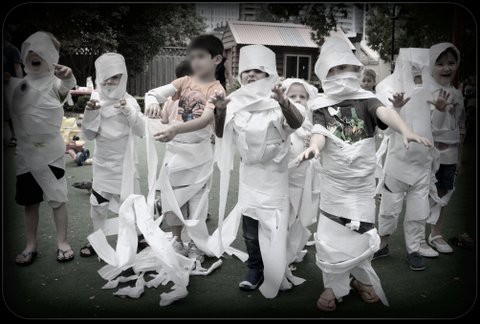 Pizzas consumed, our tiny travellers next mission was to don a sombrero and head down Mexico way to assault a completely innocent piñata! 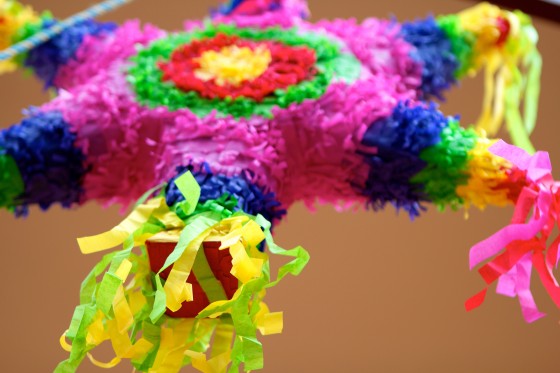 I don’t know if it’s the downpour of sugary treats at the end or the fact that kids just love bashing the crap out of things with a stick but a piñata never fails to please small people. 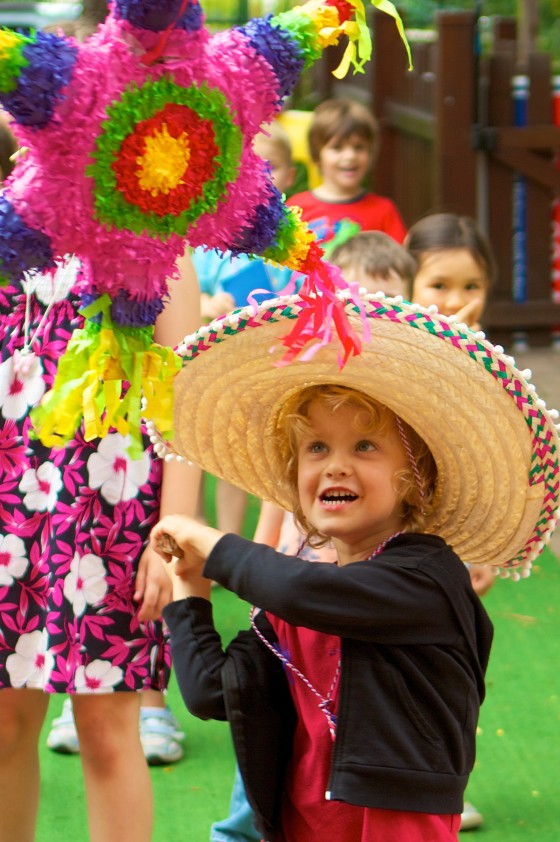 I always promised my children I’d give them the world but Raffles took that a little literally and requested I cook one for him. It is moments like these when you wonder if it would be okay to swear in front of/at your children… but I did my best! 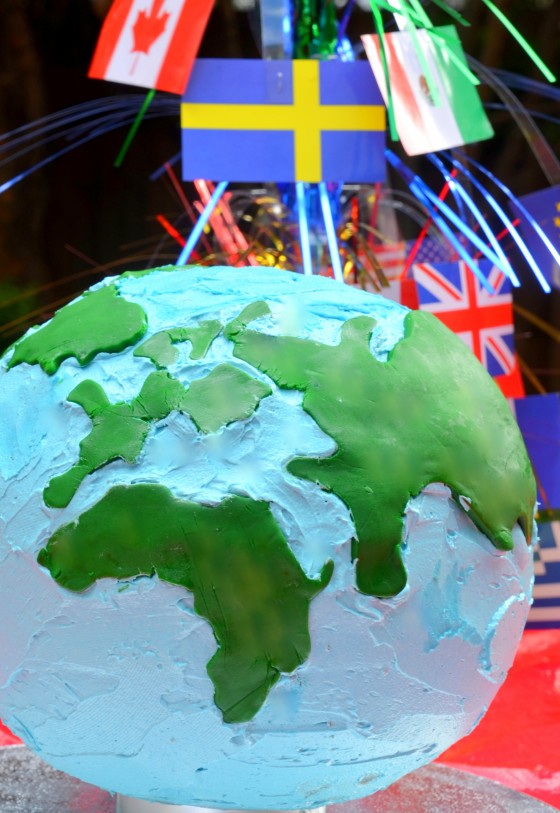 Though baking this mongrel of a thing nearly killed me, and not a cartographer in the world is feeling remotely threatened by my attempts, the birthday boy was pleased!

One final stop for a refreshing snow cone in Antarctica and the party was over.

Chuffed with his day, the first horrifying words uttered by Raffles as his last guest said good-bye were, “Next year, I want my party to be…”, before I swiftly silenced him with my growls and collapsed exhausted from this one. 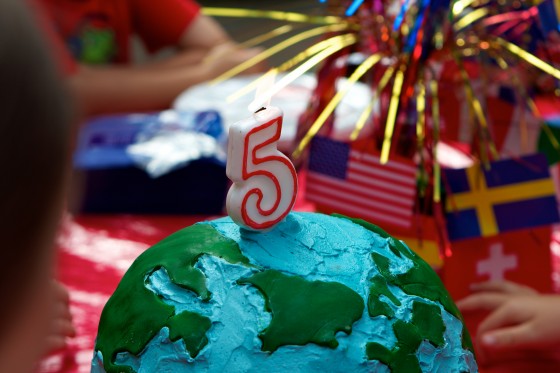 *Thanks to Tim for the didge action, Agnes for the invites and to Jill for sharing some of her lovely party pics!

28 Comments on An around the world party