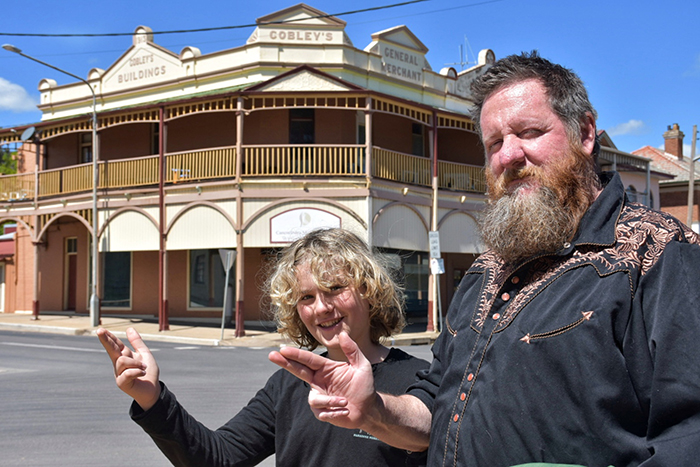 Some kids grow up wanting to be an astronaut or a fireman. But not me. After taking a tour through the time capsule town of Canowindra with Craig Lawler from Blind Freddy’s Bushranger Tours I have discovered my true calling in life. When I grow up I want to be a bushranger!

Just kidding! I just wrote that to see if I could get a reaction from mum (it worked). And anyway, bushranging sounds like seriously hard work and I’d rather stick to something a little less criminal. But becoming a historian like Craig holds a certain appeal.

I may not want to join a gang but that doesn’t mean I’m not fascinated by bushrangers after the eye opening Bushranger Walking Tour we enjoyed on our Central NSW road trip. 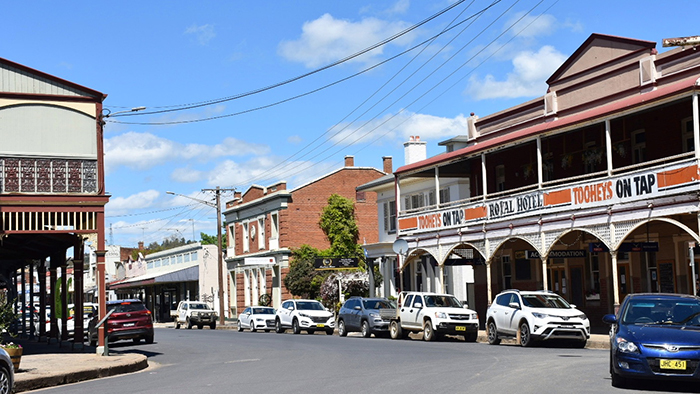 The tours are all led by Craig, a historian and teacher who has built his tours on historical research, not myth, and who looks for all the world like a bushranger himself with his big bushy beard. On our walking tour we start on Canowindra’s historic Gaskill Street with a quick debrief and an introduction to the bumbling heroes and audacious villains of the Australian gold rush era. Not that there seems to be a lot of difference between the two. Whether cop or robber, none of these gold rush characters come out smelling all that rosy.

Without giving too much away, the biggest surprise of our tour is discovering that Ben Hall, one of Australia’s most infamous and feted bushrangers, was a little undeserving of his fame, rating only of a (dis)honourable mention compared to the actual leaders of the bushranger gangs of the time. You see, it turns out that Benny Boy was more of a foot soldier to accomplished bushrangers like Frank Gardiner, who was the mastermind of the biggest gold heist in Australian history in nearby Eugowra, and Johnny Gilbert, who took command when Frank retired. 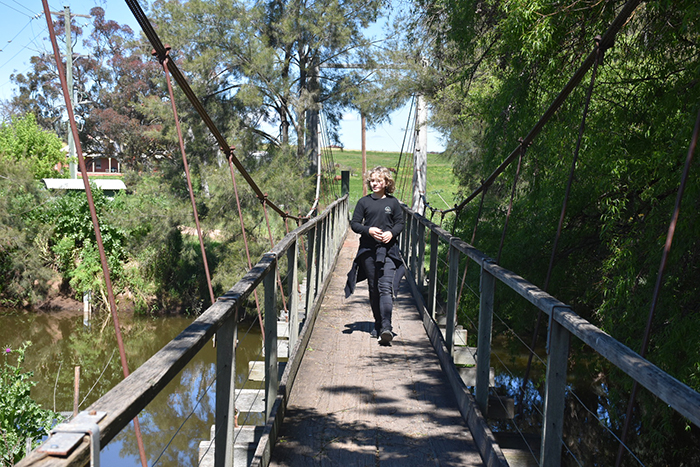 As we walked across Canowindra’s super cool swinging bridge (which you have to see) to the other side of the Belubula River to view a plaque marking the remains of a historic pub, Craig entertained us with tales that had our jaws dropping.

The gang rampaged throughout the Central NSW, holding up Canowindra four times. In their most notorious raid, the gang robbed the Robinson’s Inn and held all the people in town hostage for three days. But what makes this story so epic is that no one was hurt and instead the benevolent bush rangers turned it into a massive party, encouraging their hostages to feast, drink, smoke cigars and make music. And then they paid all the expenses. My mum and dad looked pretty keen for a re-enactment of this particular story. 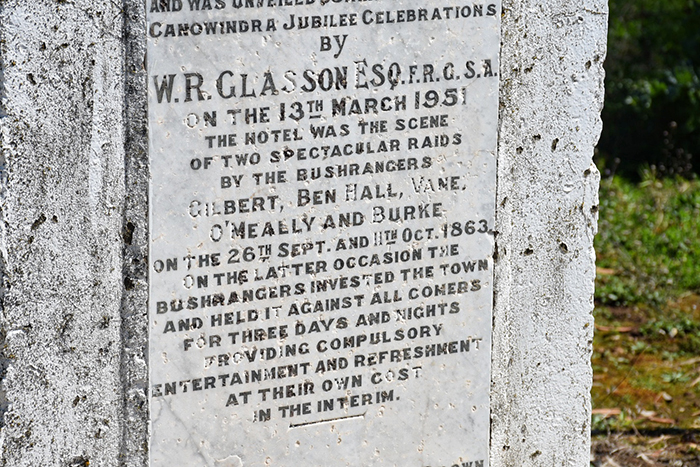 The hotel isn’t there now. Instead there’s a plaque and pretty farmland and friendly horses that, in the bushranger days, would probably have been commandeered by the gang to getaway from the cops. 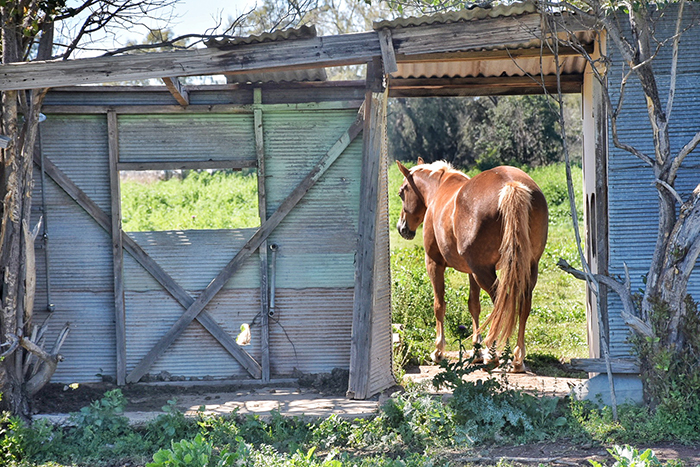 Craig is such an awesome storyteller and has such a unique and fun way of sharing his knowledge of the events that took place in the very places we stood, I could almost see it all unfolding around me. So much so that I found myself hanging onto his every word, genuinely excited to hear the next twist in the tale.

But you’ll have to go on his tour if you want any of the juicy details, because he tells it way better than I could, and I wouldn’t want to spoil the many surprises.

While these dastardly criminals may have pulled off many an infamous robbery and escaped the police countless times, I think that the coolest Bush Ranger of them all is Craig, because he managed to steal two hours of our time in the blink of an eye, and we’d all have happily let him abscond with another two, just to hear more of his epic stories.

Getting there – Canowindra is located in Central NSW just over 300 kilometres west of Sydney via Bathurst or 34 km north of Cowra.