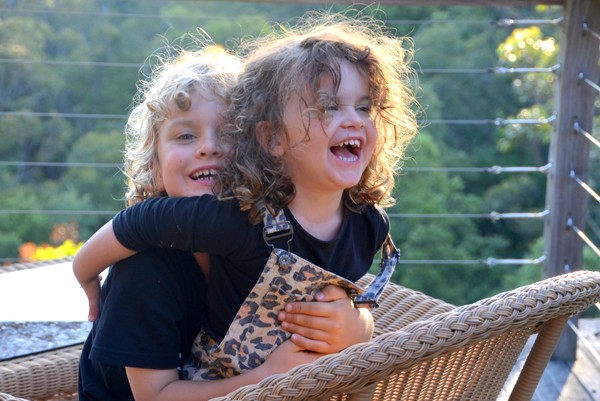 “Mama, what was it like in the olden days?” asks my soon to be e-bayed offspring. Geez. How old does this kid think I am? While searching the site for the best category to list him under and thinking about a fair “buy it now” price, I explain that when we weren’t saddling up our dinosaurs or hunting wild animals to eat raw in our caves, life was actually pretty good.

We played, we wore bad clothes with pride (it was the 70’s after all), we rode our bikes (when the dinosaurs needed a rest) and we managed to have a good time without the presence of DVDs, iPads and PS3s.

“How did you even survive?” is the horrified response.

I decide 50 bucks is a fair price for a pre-loved and extremely cheeky 6-year old but just before I upload my auction listing decide that I’ll keep him after all. But only after letting him find out for himself what the “olden days” were like by taking him back in time for a gadget and screen free weekend.

Which is how we find ourselves driving up a roller coaster of a road to the Hunter Valley’s Moonabung Mountain passing fat, happy cows and wallabies grazing by the road, signs of civilisation slipping away as fast as the signal bars on my phone… 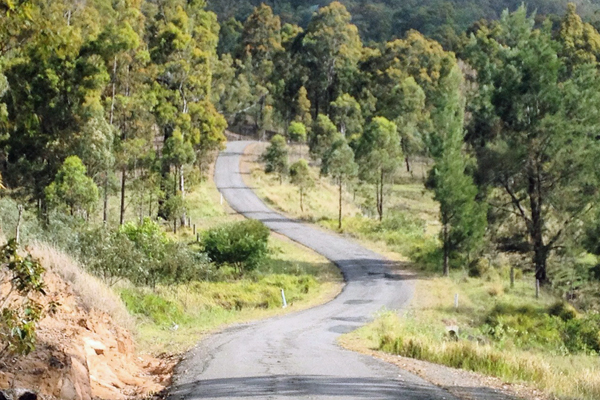 As we arrive at Banjo’s Bushland Retreat located in the Hunter’s Barrington Tops region, panic starts to set in as the last bar on my phone vanishes and it becomes glaringly apparent that it could actually be me who will most struggle with our digital detox. Gulp… Whose bright idea was this? Oh, that’s right. Mine… bugger.

While I hold my phone aloft in desperate search for a tiny sign of life, the kids race off to say hello to the welcoming committee waiting by the front door at Banjo’s Bushland Retreat – a family of curious kangaroos –  and are so entranced that they don’t even notice the enormous flat-screen TV in the lounge area of our accommodation. 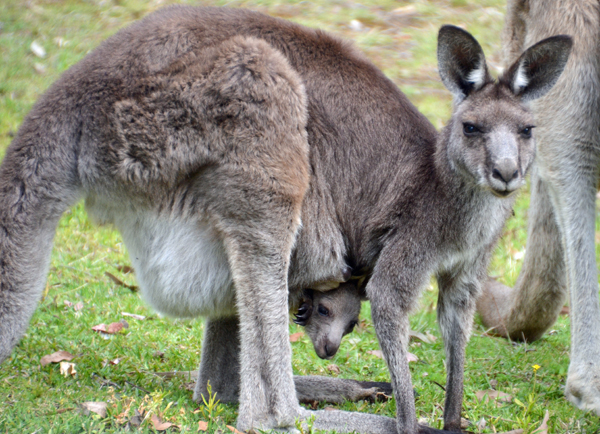 Instead they’re off to check out who else might be nosing around.  It doesn’t take long for them to find a kookaburra waiting on the deck and a couple of king parrots sitting on a feeding perch squawking expectantly. 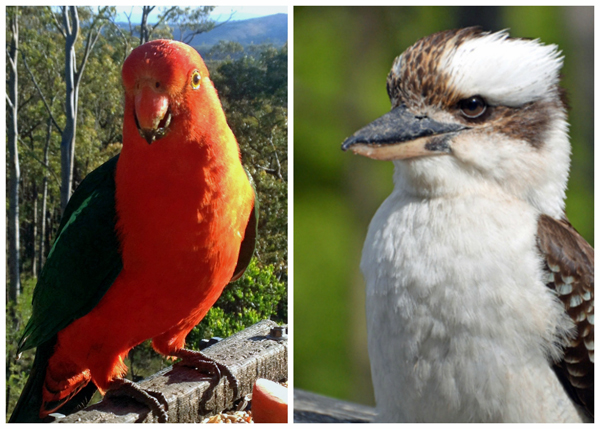 While we unpack the car, the kids sprinkle wild bird seed around the balcony and are soon joined by a supporting cast of wallabies, rosellas and magpies.

Our accessible, architecturally designed cottage is just perfect. It’s incredibly spacious with an open kitchen, massive living space, fireplace and floor-to-ceiling glass on every side plus an enormous verandah overlooking the bush and valley.

In fact it has everything except a mobile phone signal…

With the thrill of his own personal zoo starting to wane, Raffles explores the house and soon finds a cupboard full of games which we play together, snuggled on the couch in front of a roaring fire, the enormous television still unnoticed.

We breakfast with our feathered friends before heading to Banjo’s recreation room for billiards and table tennis, both of which are somewhat scuppered by the fact that Sugarpuff, resplendent though she is in face paint, is pretty much the same height as the table.

A game of giant chess sees Raffles resoundingly thrashed by Sugarpuff  whose skills in shameless cheating are a thing of spectacular beauty. 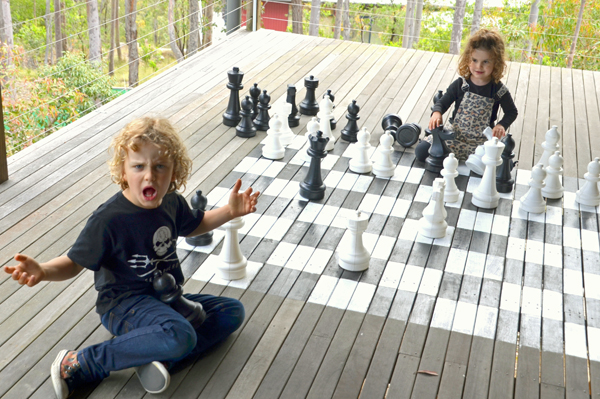 Mini-golf proves almost as challenging as our kangaroo pals have decided to provide a rather unorthodox handicap by plonking their sizable backsides across the holes. 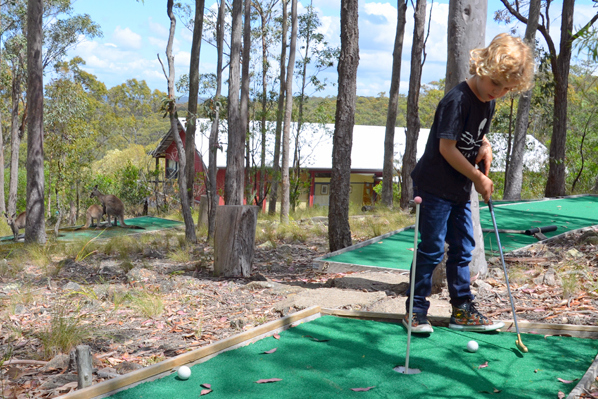 Conceding defeat, the boys decide instead to bash a ball about on the tennis-court while Sugarpuff and I test the swings and slides in the playground – activities that prove far more successful. 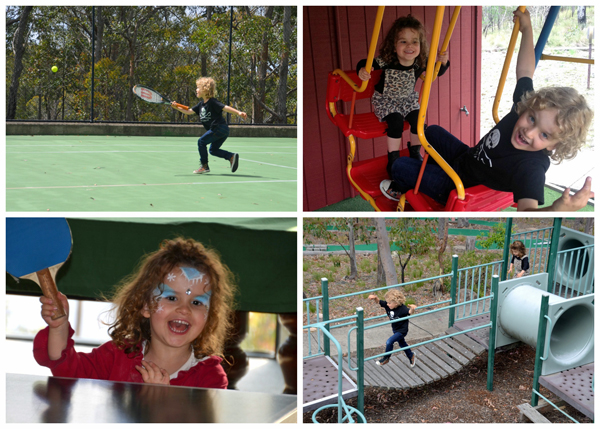 We ask the kids if they’d like to jump in the car to head off exploring further afield as there is plenty to see around this beautiful part of the Hunter Valley but the answer is no, my enamoured duo are not budging from this place. Instead we decide to take a stroll down to the lily filled loveliness that is Goonarook Lagoon. 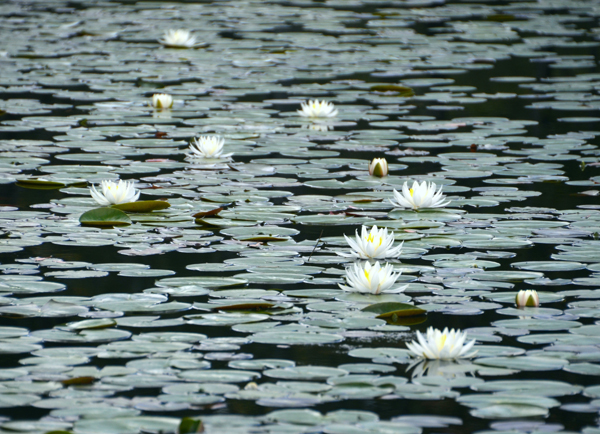 Within minutes of setting off we stumble across a ridiculously cute echidna going about his business just metres from our feet. 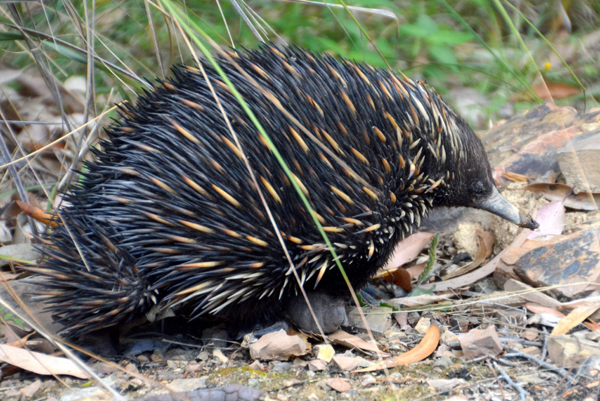 Banjo’s certainly knows how to put the wild into wildlife. 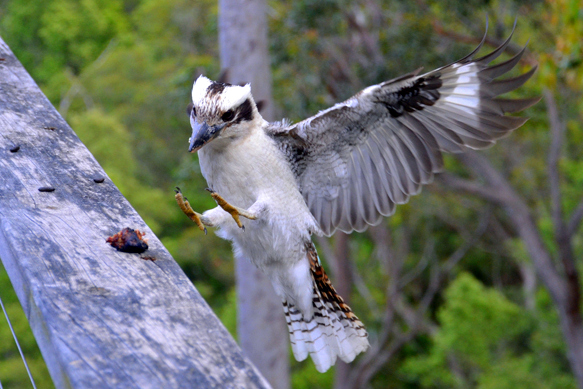 Our weekend is spent barbecuing, making pancakes, sipping fine Hunter wines on the deck, playing and relaxing together and by the end of it we’re all so chilled that the kids have even stopped arguing with one another. This place isn’t a retreat. It’s a freaking miracle. 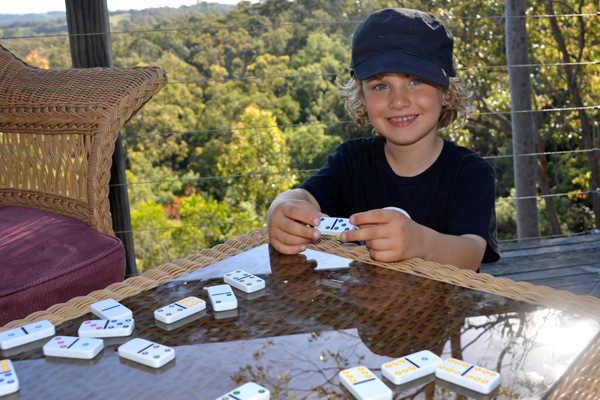 It has been a wonderful opportunity to step back to simpler times and to reconnect with each other instead of with our gadgets and as we pack up the car in preparation for the trip home, Raffles finally notices the giant television that’s been front and centre for the last 48-hours. “Look Mama, they have a television”. Observant he’s not.

Loathe as we all are for our weekend to end we decide on a quick pit stop for a pub lunch in Paterson, an idyllic old town on a willow strewn river. 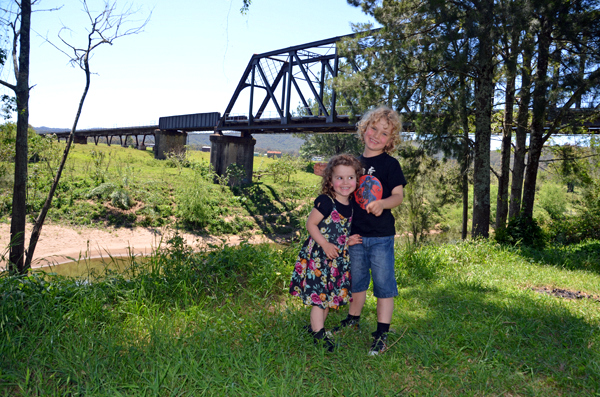 There are quite a few to choose from but we settle on the Paterson Tavern, a place that proves to be pretty much a playground with beer.

The first thing I do is switch on my phone while the kids play pirates on an old timber playground made of tyres and rope swings… just like the ones we used to play on back in the “olden days’. Though I’m overjoyed at the sight of a phone signal, I look up to see the kids enjoying their technology free fun and put away my phone to join them.

“Is this what it was really like in the olden days, mama?” asks a beaming Raffles and I nod as I climb up to join him. 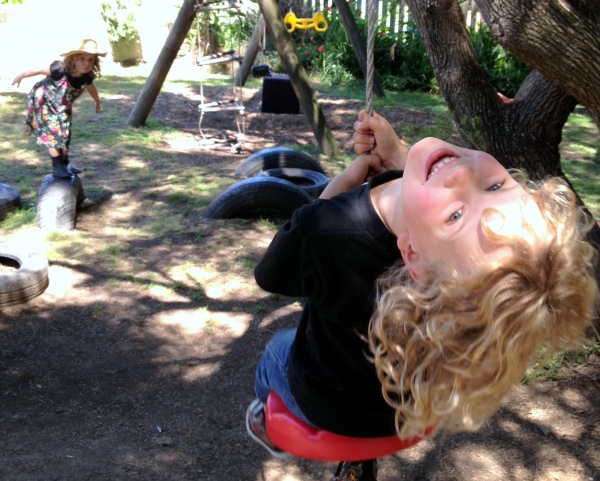 21 Comments on Digital Detoxing in the Hunter Valley