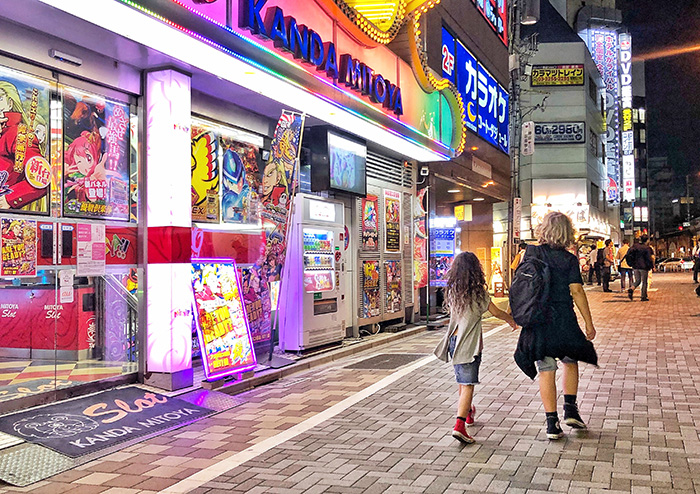 My childhood consisted mostly of me tearing around my inner-city neighbourhood with the other local kids, free to roam and explore on our bikes and scooters. I walked to and from school and ran errands for my parents, all utterly unsupervised. And I lived!

Flash forward something something years and my kids have a childhood that’s quite the opposite. Sure, I take them adventuring around the world to off the beaten track destinations, but I don’t let them out of my sight. Regardless of the locale.

My name is Aleney and I’m an unapologetic helicopter mama. It’s been 30 minutes since my last helicoptering, but this time it was met with a defiant glare that screamed “back off” by my 11-year-old son.

I must clarify here. I’m not talking about hover over them when they eat or do their homework. And I don’t try to control their choices or desires. In fact, independent thinking has been encouraged since they were born. What I mean is allowing the kind of independence where I can’t control their environment, and I really struggle to strike the right balance between safety and freedom for my kids.

Maybe it’s the eight rounds of IVF it took to get them, maybe I’m just paranoid. But we do, after all, live in a dangerous world and barely a day goes by without news of child molesters, school shootings and bullying. A lot can go wrong without grown-up supervision and the fear that something bad will happen the second I look away is real, especially when we’re travelling.

Herein lays the irony. You see, travelling has turned both my kids into freedom seeking missiles… putting this mum’s helicopter out of service, so to speak.  The invisible string that binds my son and I is stretching to breaking point so as he navigates his own independence, I’m navigating the boundaries of letting go, just the right amount, so he stays safe, but also feels loved, protected and trusted in equal measure.

The former is a no brainer. Both my kids are more than secure in the knowledge that their hovering mama adores them. Thankfully, the wads of time we’ve spent together on the road has also gone a long way in helping with the latter because they know I trust them and believe in their fundamental goodness and maturity.

By my side they’ve gained the right tools to navigate complex maps, order food and use local transport in foreign languages, find their way out of challenging situations and work out what to do and where to go should they get lost.

They’ve learned not to take unnecessary risks and that talking to strangers isn’t always avoidable but should be done with proper care and consideration, and to be frank they’re better judges of character than their mother. These little chicks of mine are street wise.

And now they want to start flying the coop a little. And by following my helicopter mama 12 step plan, they (and their paranoid parent) are doing fine indeed.

12 steps to independence for your travelling tween

Step 1. Begin with trust. It’s the very foundation of every good relationship, regardless of age and kids need ours as much as we need theirs.

Step 2. Build their self-esteem. Raise them to believe in themselves and their own decision making. Confidence is the greatest gift.

Step 3. Let them choose The freedom of choice allows kids to feel they have control. Allow your travelling tween to make simple decisions related to you adventures … whether that’s letting them help choose your destination, where and what to eat, and even allowing them to pack their own luggage (just be prepared for them to end up with nothing but a couple of ill-fitting t-shirts, a single sock and a suitcase full of soccer balls at the other end).

Step 4. Teach them how to handle problems. If you do everything for your child, they will never learn to work their problems out for themselves, so involve your travelling tween in decision making and managing solutions when a problem arises on the road – like let them help with the navigating if you get lost (just be prepared to get a little more lost, without placing blame).

Step 5. Teach them how to cross the road. I know it seems like a no brainer, but I’m seriously gobsmacked at the number of kids I see running out into roads without looking.

Step 7. Have a plan. In every single city, we come up with a safety plan together should either of the kids (or their parents) get lost. That includes ensuring they know our phone numbers (if we’re on different sims) and the hotel name and phone number. Or having a definitive meeting place or go to in the event of getting lost.

Step 7. Teach them to talk to strangers. No that’s not a typo. It’s important to teach kids that they can indeed talk to strangers (if and when they may need help) but never to go off with them. They also need to know that a stranger behind a counter in a store is a safer bet than some random on the street.

Step 8. Establish the rules. It is imperative to set limits and basic requirements before you release your kids in to the wild. Skiing is a perfect example. My son is already a better skier than I am, and I can’t keep up with him on the slopes. So, we have rules in place where I must know what specific ski run he’s taking and he has to check in with me at the end of every run. There’s a little waiting involved but he gets the freedom to freak me out on black runs while I stick to the green and blue with his little sister. He knows his boundaries and if he brakes them, mama’s invisible leash will go straight back on and he’ll be doomed to green run hell.

Step 9. Ease into it at home. Letting your kids go out alone, even to the local store, is a gradual process and privileges should be learned and earned. Let your school aged child start by walking to school or to the local store with a friend. Then consider letting them do it on their own. Then, when it’s safe and appropriate, you’ll feel more confident to let them off the leash a little on your travels.

Step 9. Show them the way. If they do want to do something on their own, like head off to play in the games room, free of parental watchdoggery, make sure they know the way back. It’s not hard to get lost in a massive hotel where every floor looks the same.

Step 12. Trust yourself. You’ll know when they’re ready and while you’ll never stop worrying, the more we teach them to be responsible now the more sensible they will be when they hit their teens. I hope.