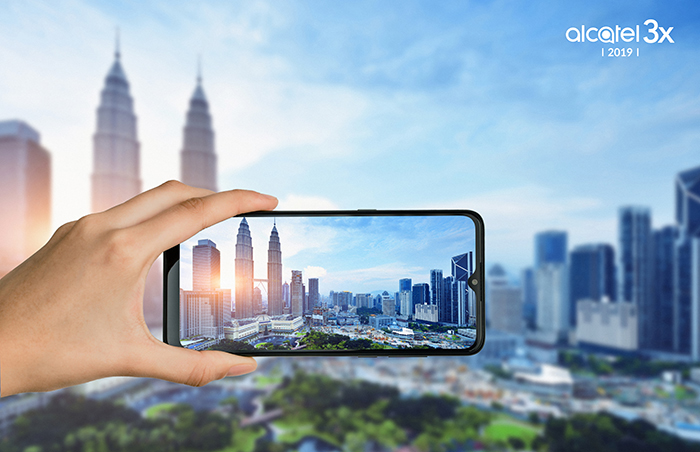 With Raff about to make the leap to high school, and the invisible string that binds us continuing to stretch a little thinner as he navigates his own independence, it’s time for him to make the leap into the world of the mobile phone owner. But high school or not, he’s still a kid, and with his age comes the propensity to lose everything from his lunchbox to his pants (don’t ask). So, we’re going budget for his first phone. And in a case of impeccable timing, Alcatel have just launched two new smartphones with JB HiFi.

I have to say we have hunted high and low for a budget smartphone that looks cool enough for a high school kid to flash proudly about and that has all the things a pre-teen could desire in a device – in other words, a decent screen for streaming movies and web browsing plus a good camera and plenty of storage for games.  The actual communication bit? I don’t even know if he rates that as a consideration. But we certainly do.

At just $299 the Alcatel 3X is a great low-cost option for a first smartphone, but is still packed with all the essentials including 64GN of storage, a triple rear camera plus Face Key and fingerprint security.

The Alcatel 3X measures in at 6.5 inches. Slightly taller and a touch narrower than some of its higher end equivalents, it fits more comfortably in a smaller hand.  Set up straight out of the box is so simple 11-year old Raff was able to do it himself, unaided, in about five-minutes.

And then he’s straight to the fun part! It’s HD+ Super Full View display is perfect for photos, streaming movies, playing games, and browsing the web. Speaking of photos, the Alcatel 3X has a 16MP + 8MP + 5MP triple rear camera, which is a huge hit. Equipped with smart scene detection for 21 subjects, all he has to do is point and click for the snappiest of snaps.

But in addition to the standard camera, there’s a super wide-angle lens spanning 102 degrees, and a portrait lens so he can get a little arty with his shots. 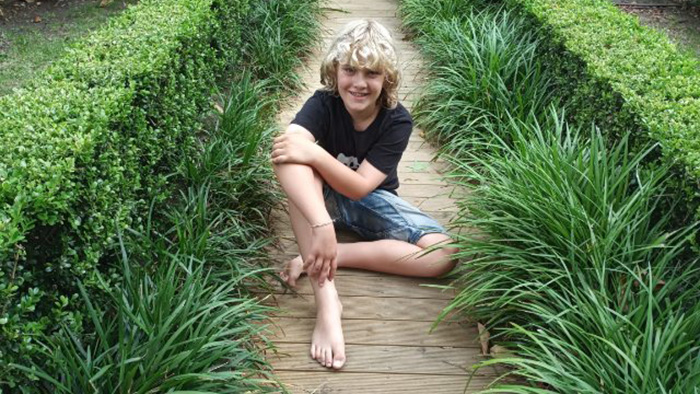 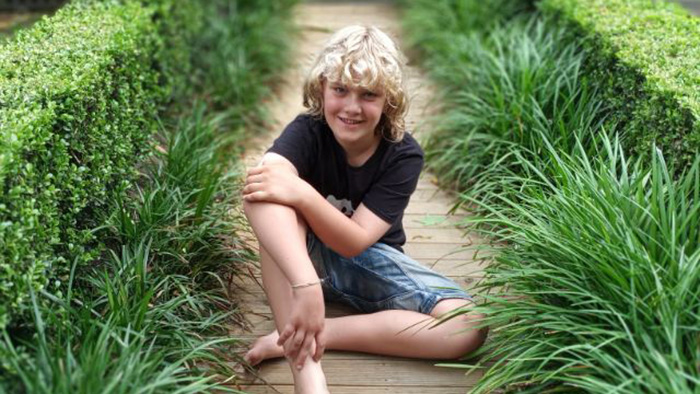 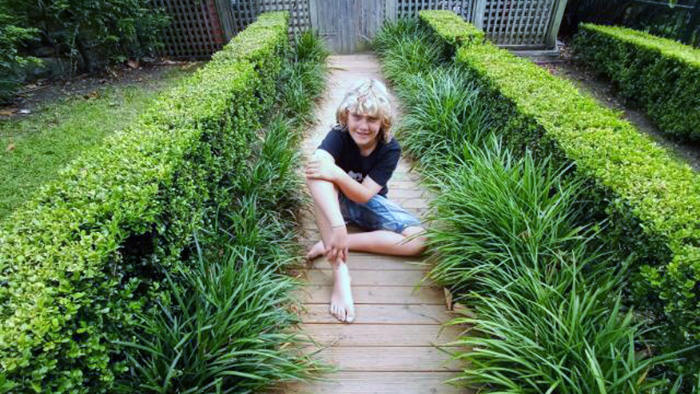 Best of all, the portrait mode is available in back and front camera mode so he can sass up his selfies with a little real-time bokeh action. 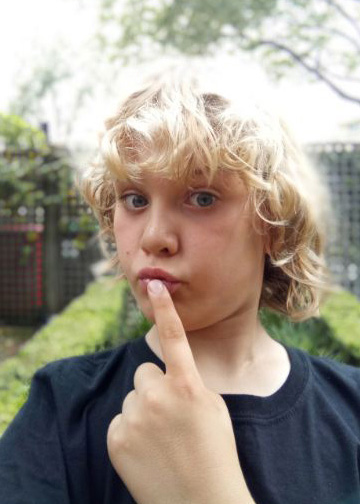 A bunch of extra camera features like panorama, time-lapse and colour filters up the ante and when the lights go down, the low-light cameras also do a pretty good job. A light trace feature also offers more creative options with draw light, for capturing light painting, and capture light for city lights and stars, meaning more groovy night shots for creative kid snappers. The light trace feature also comes with a capture movement mode for cool waterfall effects that look like they’re straight off a DSLR. IN fact the camera features make it so versatile, it is the ideal device for Raff to capture all those magic moments on our travels.

Menus boast a fairly standard Android look, with icons that are easy to identify. Though he can skip those altogether as the Alcatel 3X offers a silver Google Assistant Button, that enables him to access apps, search Google, set reminders and send text messages by voice, which he has done relentlessly since he got the phone, all in the name of research, of course. If by research, you mean asking for it to make donkey noises or tell fart jokes. In fact, we’ve been hearing Google Assistant’s dulcet tones so often, she’s like a part of the family. 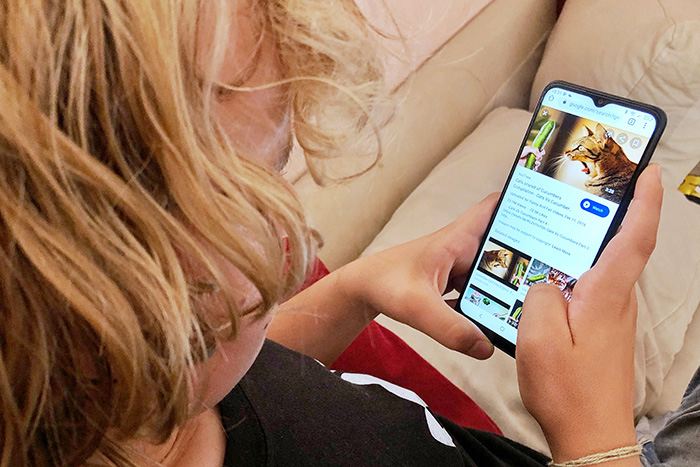 Oh, and as for the actual phone bit, turns out that it works pretty well too. It should be noted that when it comes to calls and data, the Alcatel 3X at JB HiFi is locked to Telstra. But it boasts good audio quality and sound. In fact, it’s better than my own smartphone, which came in at three times the price.

For a first mobile, it appears Raff has won the smartphone lottery with the Alcatel 3X as it packs plenty of punch for its price.

Disclosure: We received a review unit for this Alcatel 3X smartphone review, but all selfie-snapping, Google Assistant abuse and opinions are our own.