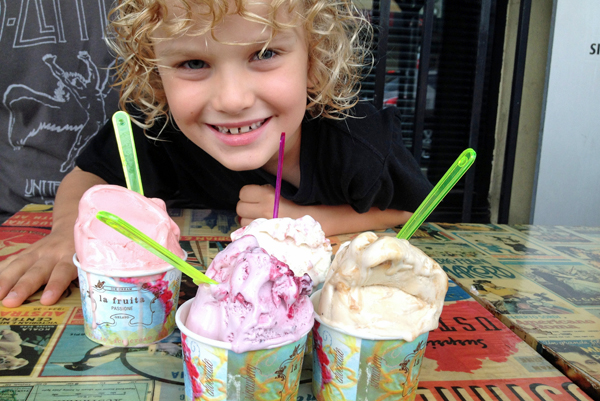 Raffles first ever taste of ice cream was at Gelateria lo Squero in Venice. He was three.  It was Raspberry. He remembers it like it was yesterday. And yet, he can’t remember where he left his shoes thirty minutes ago. But I digress.

You may wonder how he possibly made it to three years of age without having tasted ice-cream? Well that was partly because his cruel and heartless mama didn’t really let him eat “treats” while he developed a palate for healthy foods, and partly because it had just never come up. But on that steamy Venetian summer’s day gelato beckoned.

With just one lick he was transformed. Over the next few days he used the heat as an excuse to try every Gelateria he could find in Venice. And let me tell you, there are a lot!

In spite of his late start to exploring the world of ice cream, the kid has more than made up for it since. This is a boy who knows good ice cream when he tastes it, so when it started to heat up in Sydney, he suggested we cool down on a mission to find Sydney’s best ice cream… and increase my girth.

Having licked and slurped our way through almost a dozen different Sydney ice creameries, only six have made Raffles list of top places to get frozen. Here, listed in “order of awesomeness”, is his frosty final cut.

1 Passionflower, Haymarket
This place, in Capitol Square at Haymarket, offers amazingly good ice-cream with an Asian twist. Beyond the usual chocolate and strawberry flavours you’ll also find durian, azuki red bean, pandan, Thai milk tea and an amazing sticky rice flavour that had me in ice cream heaven. Raffles rates their luscious lychee rose as his number one favourite in the whole of Sydney! Next time you’re in Chinatown you should definitely check it out. 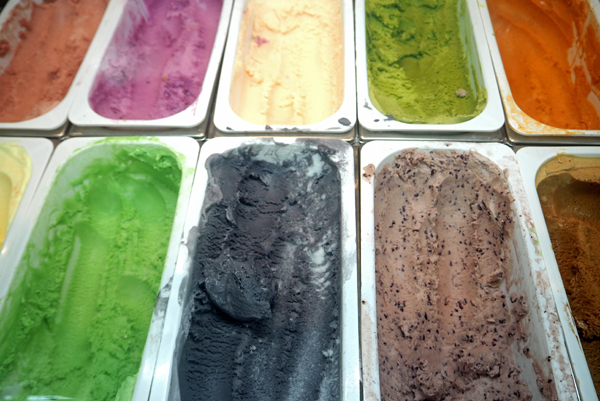 2. Gelato Messina, Bondi
Number two, with a bullet, is Gelato Messina.  We’re regulars at the Darlinghurst store but while we’re on our ice cream hunt we’re checking out Messina Bondi. With weekly specials like “Elvis, the Fat Years” – a sticky combo of peanut butter gelato, toasted brioche and banana and the fudgy fabulousness that is the “Robert Browie Jr”, there is so much to love about this place. But in spite of these cool creations it turns out that it is their more trad Raspberry flavour that gets Raffles rhapsodising. As he should, it is spectacular. 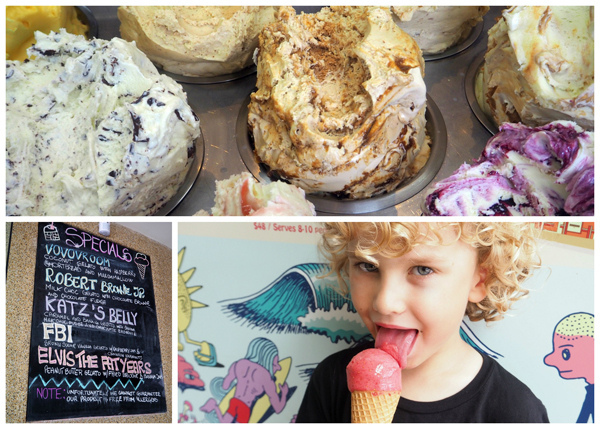 3. Cow and Moon Artisan Gelato, Enmore
This place has won more awards than Kim Kardashian has taken selfies. In fact it was named the world’s best ice cream at the Gelato World Tour in Italy last year. Needless to say you’ll find yourself waiting in a long queue if you want a taste of their frozen delights. Unless you do what we did and go mid-morning on a rainy Sunday while most inner west locals are still nursing their hangovers.  The only wait is for us to make our minds up on flavours.  Raffles declares the blood orange is to die for while Mr Eats World and Sugarpuff rate their cherrymania and strawberry tart flavours. Me, I went straight for the mouth-watering Mandorla affogato flavour that won them that best in the world title. And it is a worthy winner indeed. 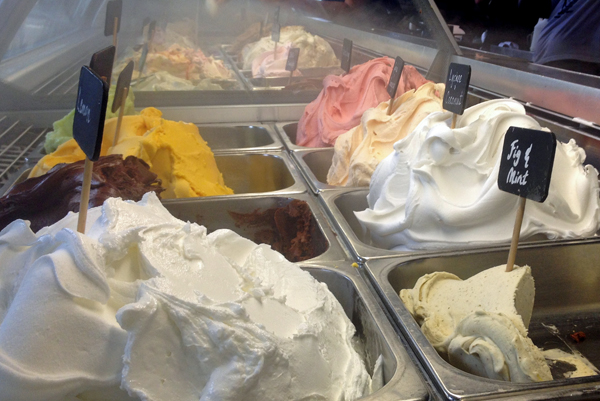 4. N2 Extreme, Haymarket
You know it’s fresh because they make it to order right in front of you. Clouds of liquid nitrogen that would do Queen Elsa proud spill from the mixers as the lab coated staff create icy extravagances from both the expected and unexpected. Think mango, watermelon and salt and pepper calamari flavours. Yes. Calamari. Beyond the weird science novelty factor the ice cream is really good! Raffles vegan deconstructed chocolate lava is a bowl of frozen heaven and Sugarpuff and I are just as enamored with the strawberry and cream number we’re sharing. And by sharing I mean she allows me a token taste. Though I’m eager for more, my expanding backside thanks her for it. 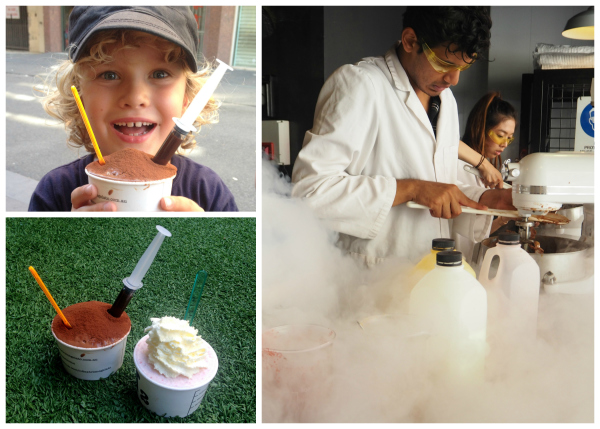 5. Mado Café, Auburn
Another spot offering ice cream with a twist, and a stretchy twist at that, is Mado Café. This place is a little out of the way but if you’re after a chilly taste of Turkey, the place not the bird, this is the place to be. The Turkish ice cream at Mado Cafe, known as dondurma, is like nothing else we’ve tried. Made with mastic (a resinous sap) it is elastic and chewier in texture than normal ice cream. While I stick to the bitter and cleansing lemon flavour, Raffles gobbles up a bowl of intense black mulberry. 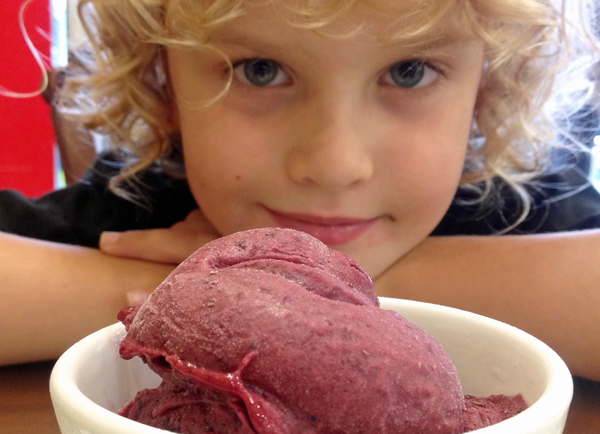 6. Meet Fresh
Technically the mango, sago, shaved ice and ice-cream in coconut cream concoction we dive into at Taiwanese dessert chain Meet Fresh is actually a dessert but it does include ice cream… as well as creamy ice. It made the final cut because the icy combo was not only delish but the most cooling and refreshing of all the icy treats ingested on our chilly crusade. 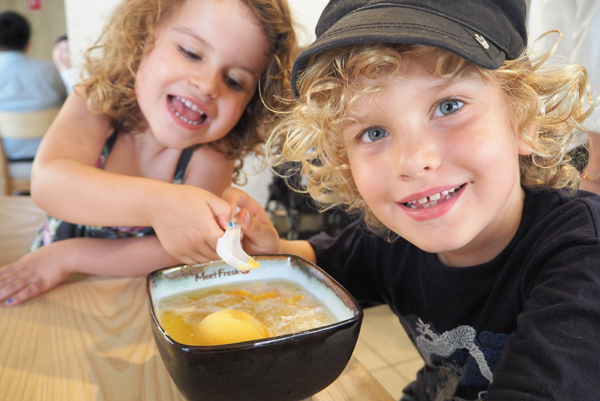