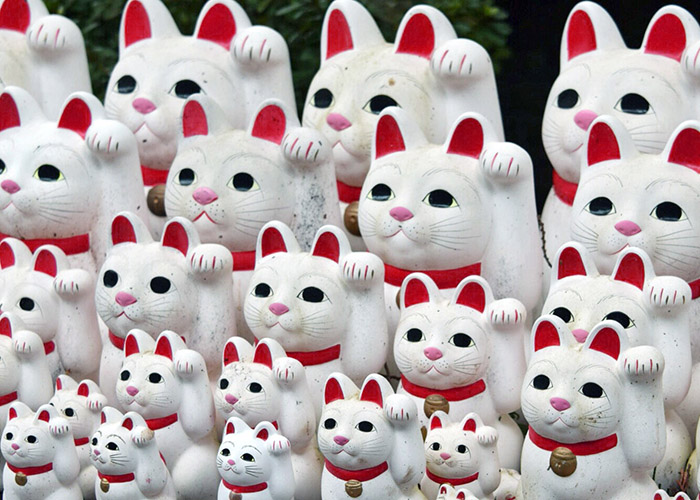 From Sanrio’s sassy Hello Kitty to ancient Edo cat literature and cat art, cat cafés, cat islands and even an unofficial cat holiday – Nyan Nyan Nyan Day – held each year on February 22, you could be forgiven for thinking that Japan is utterly smitten with kittens. So, it turns out, are Raffles and Sugarpuff, which is how we find ourselves embarking on an adventure in search of Gōtokuji, the Lucky Cat Temple in Tokyo.

Legend has it that way back in the late 1400’s, Gōtokuji temple was a shabby hut overseen by a poor monk.  Though he struggled to live on his meagre income, he had a cat he loved so much he shared his meals with it and treated it like his own child. One day he suggested to the pampered puss that he should show some gratitude by bringing good fortune to the temple. 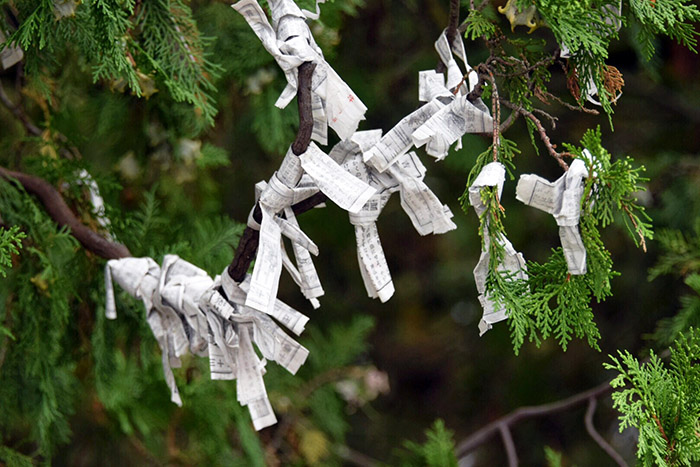 This decidedly clever cat was clearly fluent in conversational Japanese as not long after their chat a powerful feudal lord, Naotaka Ii, Lord of Hikone was passing by and saw the cat waving and beckoning him to enter. Curious, Ii decided to follow and take a break at the temple. When a thunderstorm struck moments later, the lord believed he’d been spared from its ferocity by the waving cat. Grateful for its kindness, and considering it the will of Buddha, the lord became the neglected temple’s patron and donated rice fields and crop lands, bringing fortune to the temple. When the cat passed away, the animal was enshrined as a god called Shobyo Kannon. 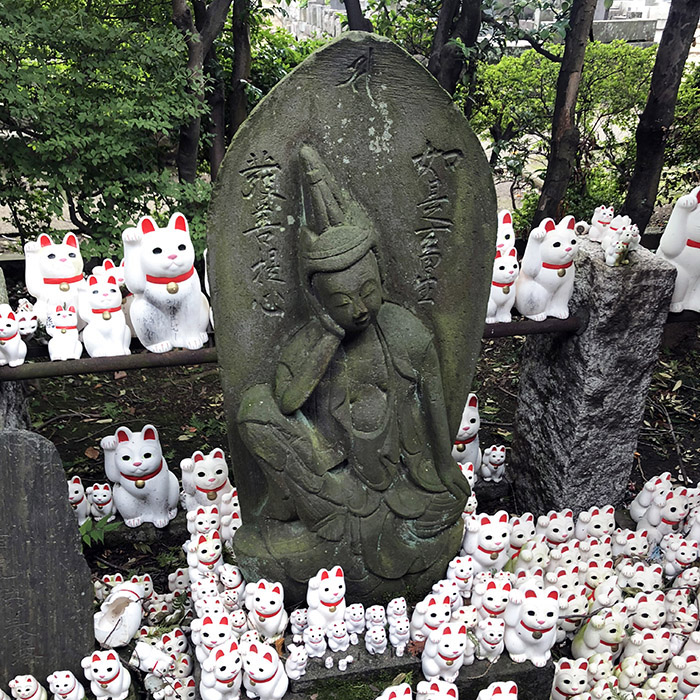 That cat was the inspiration for maneki-neko, the Lucky Cat. The kitschy cat is now seen, paw raised, in people’s homes and businesses throughout Asia and beyond, doing his best to bring prosperity and all the lovely shiny happy things.

Exploring Gotokuji With Inside Japan Tours

We decide to make the pilgrimage to see the birthplace of the prosperous puss but the temple is so far out of the way, and such a local secret, that even our taxi driver and hotel hosts don’t know about it. But that’s never stopped us before. Guided by the power of Sugarpuff’s own sparkling Lucky Cat T-shirt, we eventually find ourselves at the gateway to the temple. 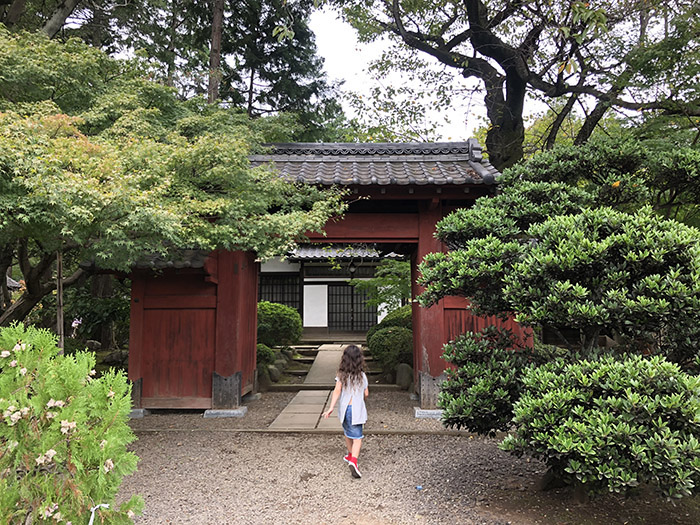 Ok, so it actually had very little to do with her t-shirt and everything to do with the awesome local knowledge of Mark from Inside Japan Tours. In fact, we’d have been totally lost without him. But let’s not shatter Sugarpuff’s mystical illusions. 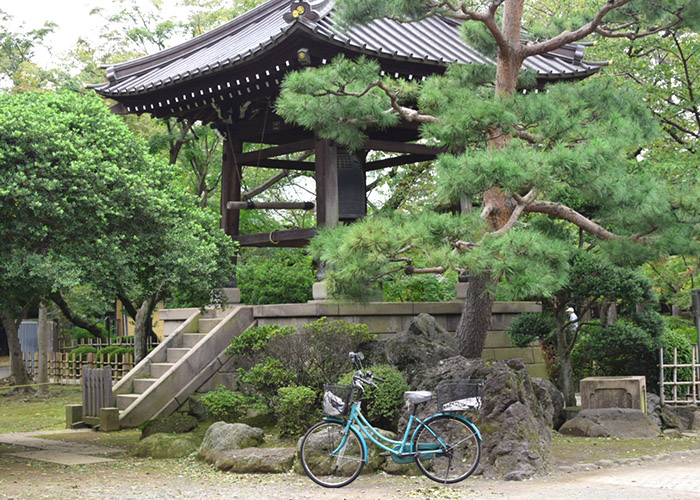 The temple grounds are quite lovely. Eerily peaceful after the clamour of Tokyo’s city streets, we’re practically alone as we walk along under a canopy of Ancient cypress trees, a three-tiered pagoda peeking out from between their leaves. 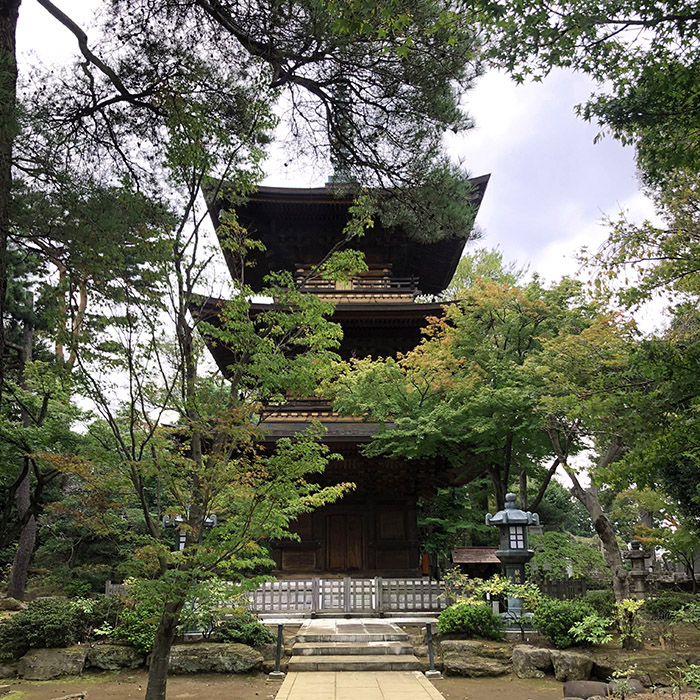 The first sign of anything kitty-related is a lion statue sitting proudly on top of a giant incense burner in the middle of the pathway. 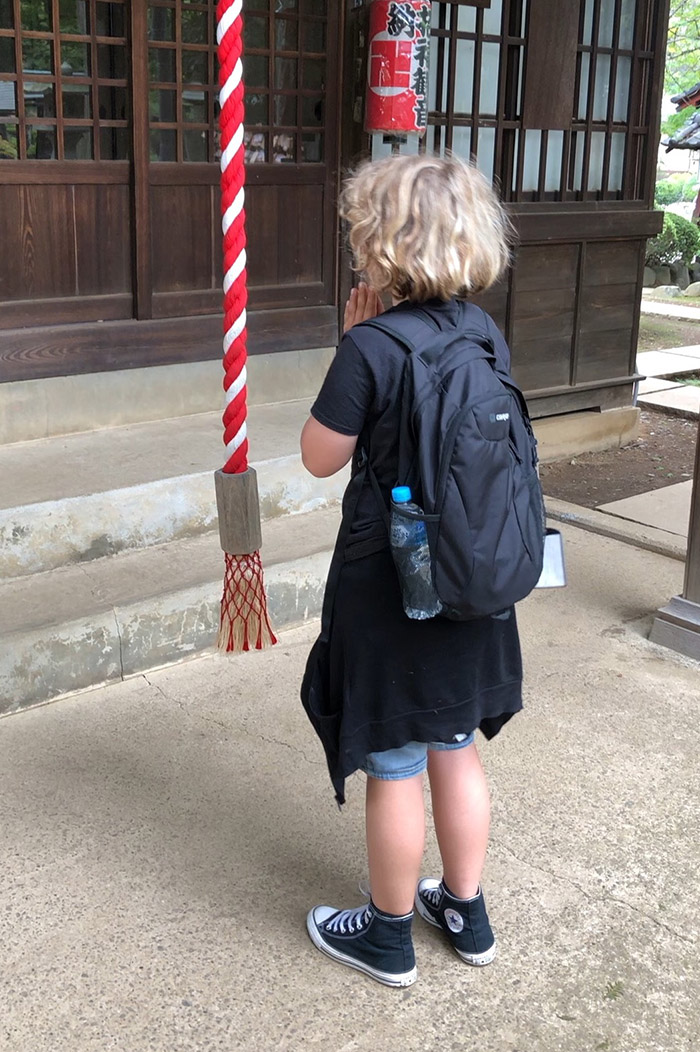 Due for a little luck, we light up, and do our wishing thing before heading further into the tranquil temple gardens. 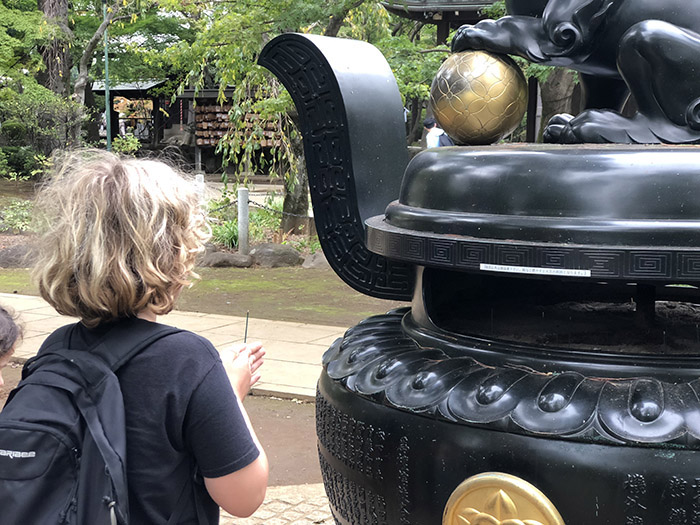 We follow a path leading to the Butsuden Buddha Hall, past an ancient cemetery that adds to the reflective tone of the temple complex, until we come upon a clowder of kawaii cats. 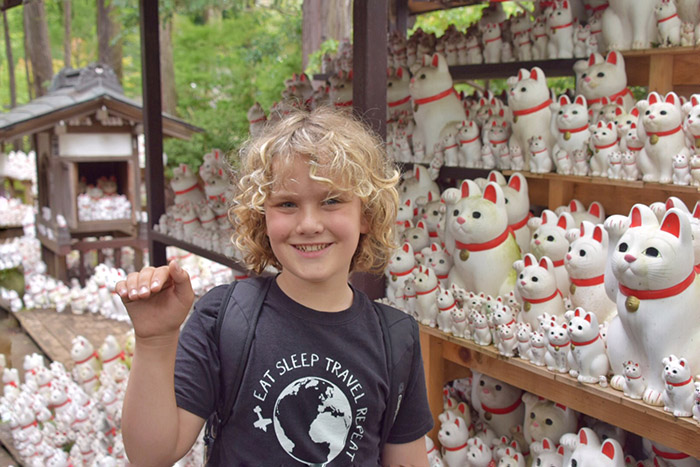 Literally hundreds of brightly white and red kawaii cats are stacked and crammed deep around a statue of Kannon, the goddess of mercy. 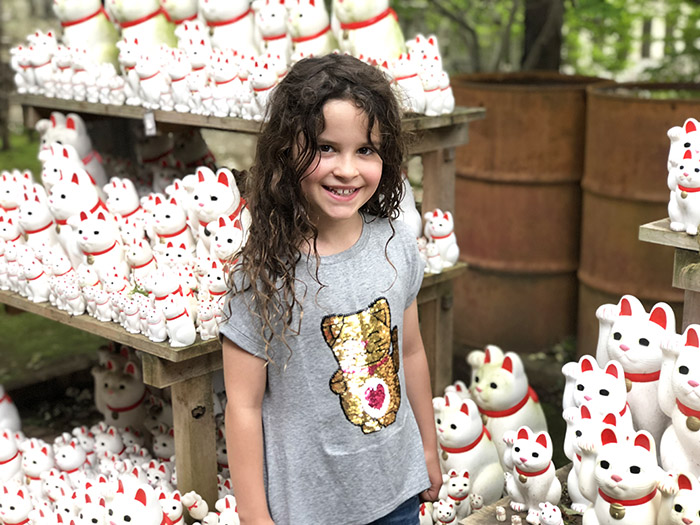 It’s an incongruously happy sight in such a reflective place, and we bathe in all that luckiness for a while before popping off to buy a wooden ema plaque (on which we write our hopes and wishes) and a couple of ceramic maneki neko. 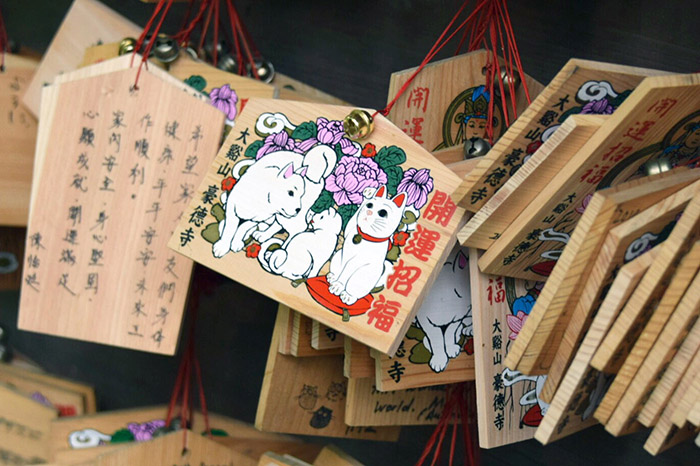 We leave one of the cats with the fortune-inviting Kannon, and the other follows us home where it will stay until our wishes are fulfilled. Once they are, we’ll have to take it back. Hey, it’s as good an excuse as any for a repeat trip to Tokyo. 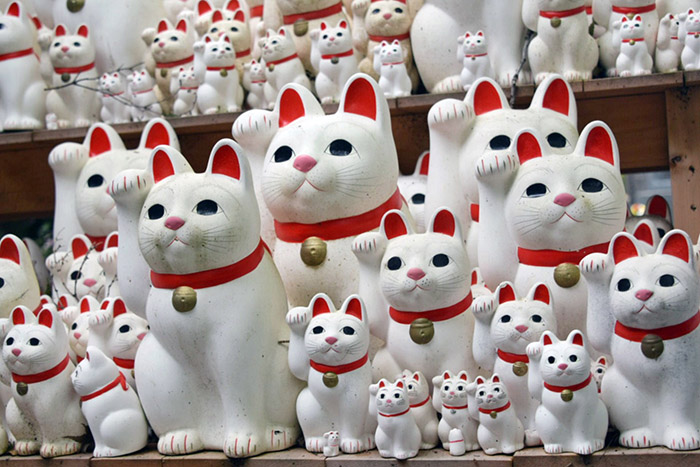 Given its location in Tokyo’s suburban Setagaya ward, and that even our Tokyo taxi driver had never heard of this temple, the best way to reach Gōtokuji is by taking the train on the Odakyu line to Gōtokuji Station or the Setagaya line to Miyanozaka Station (which is closer). The temple is a five to ten-minute walk from Miyanosaka Station.

Disclosure: While we were hosted for the day by the awesome team from Inside Japan Tours, all kitty obsessing, prosperity seeking and opinions are our own.