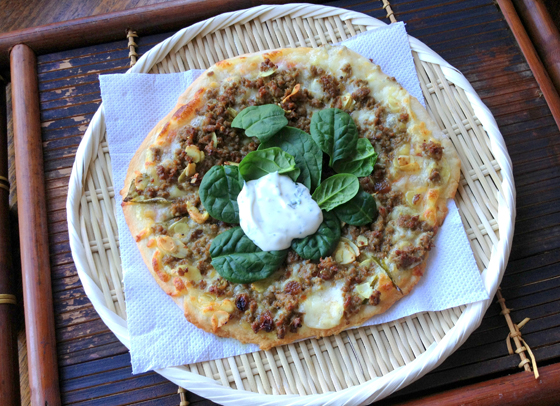 The Eats Worlds have a soft spot, located in our gut, for Melbourne. That’s not to say that we don’t also love the city’s wide tree-lined boulevards and skinny art-lined alleyways. Or that we don’t appreciate all her fab museums, dark and brooding city buildings, free trams or even the great arts scene. We do! Though, if I’m being totally honest, when this family comes to town, we do pretty much focus on chewing our way through it.

And Melbourne has so much to chew! From the Chinese noms in Little Bourke Street to great Greek eats in Londsdale Street. From the lip-smacking Vietnamese in Richmond and eye-opening African in Footscray to the delectable Italian delights in Carlton. Oh, and let’s not forget the great absolutely everything in Brunswick’s Sydney Road. Yep, we’re definitely fans… though it has been a while since this Sydney family has been on any culinary adventures south of the border. Enter the latest edition of the beautiful Flavours of Melbourne to rub a little salt into the culinary wound. 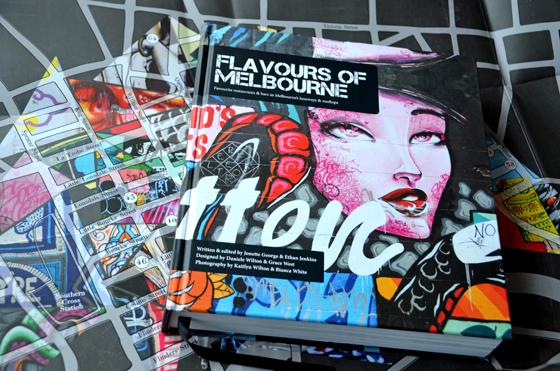 It’s rare that I write about the food and travel books that inspire our family because there are so many that it’d take forever, but I’m making an exception for the award-winning Flavours of Melbourne. It is so much more than just another food and travel book, in fact I’d go as far as to say it’s a 488 page love letter to Melbourne’s food and bar scene.

The massive tome from Smudge Publishing takes readers down Melbourne’s ambient laneways and up to its rooftops to showcase great bars, cafes and restaurants across the city, including some of our personal favourites like Vue de Monde, Maha and Gingerboy, as well as a bunch that we’re now desperate to try. 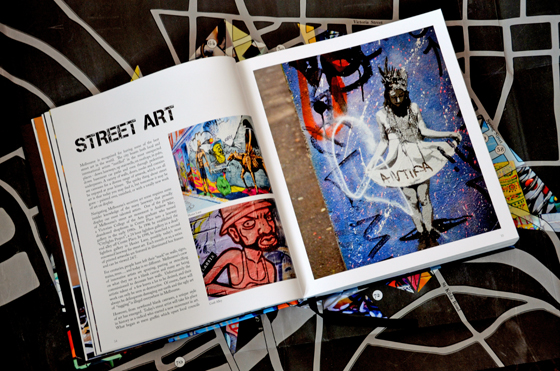 There’s also seriously interesting historical info, spectacular images of the city’s vibrant street art and of course, plenty of recipes from famed local chefs that superbly showcase Melbourne’s multicultural food scene. And boy does it have us hungering for a little gastronomic gallivanting. 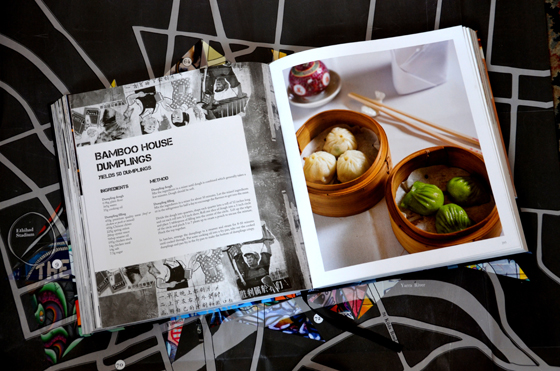 As an extended visit by the Eats Worlds clan is unlikely anytime soon, the kids – inspired by the pages of Flavours of Melbourne – have decided to take matters into their own hands and recreate Melbourne in our apartment. When I point out that the physics of squeezing a city of around 4,000,000 people into our pokey two-bedroom shoebox could prove problematic, they decide instead to go to improvise with a simple laneway.

They grab a huge cardboard box that hasn’t quite made the recycling bin, pull out their poster paints and pump up some tunes to indulge in a little “dance painting” to get that funky Melbourne street art vibe happening in our living room! 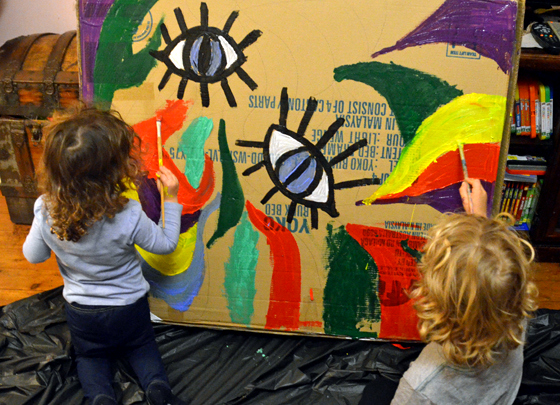 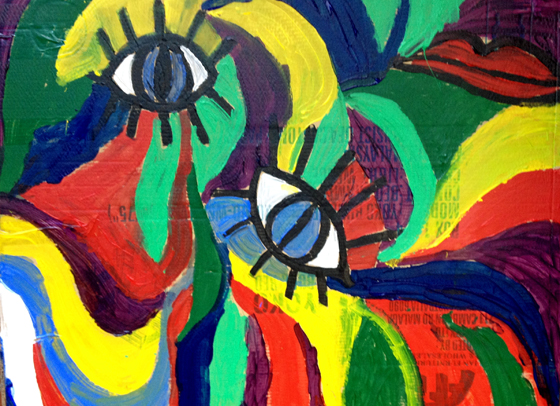 Me? After being told to draw them a couple of eyes for their masterpiece I’m swiftly dispatched to the kitchen to recreate a Middle Eastern Lamb Pizza with Mint Yoghurt & Spinach (from Diksteins Corner Bar in Little Collins Street) that they’ve spied amongst the pages and pages of fabulous food. 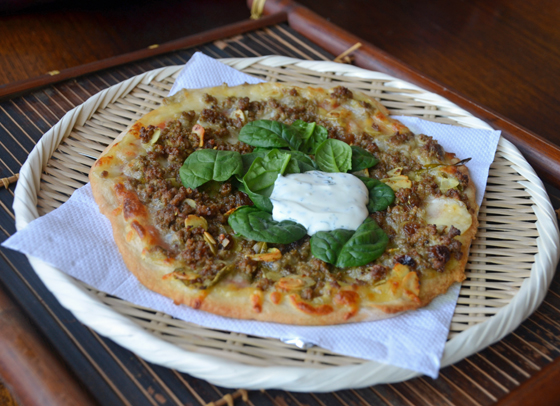