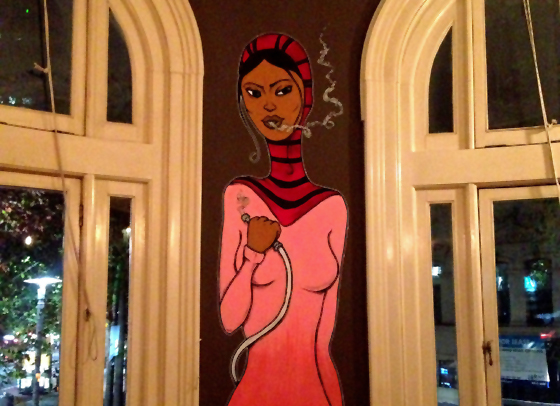 On Sunday it was mother’s day and if there’s one thing my mama loves, it’s eating. So we took her out for a special dinner so she could stuff her face.

Mama told us about a restaurant called Embers Mezze Bar that served Middle Eastern food and we though it would be a good place to go because when we went to the Middle East on holidays we all liked the food. And the camels. But they didn’t have any camels at the restaurant.

They did have cool paintings of a lady with big boobies and a man with a beard smoking pipes, which is a bit naughty because smoking is bad for you. They also had loads of cushions and twisty candles and drippy melted wax which I thought looked awesome.

Mum and dad let us have fancy drinks that Henri, the guy whose restaurant it was, said would be OK for kids. They were shaken in a noisy shaker with lots of ice and they had pear on top and tasted awesome. Henri suggested we try the banquet menu so we could eat lots of different things. He must have known I like to eat a lot.

It was really cool. Every time we had a mouthful of something another dish came. Cool!!! There were olives and big blobs of hommus and warm flat bread and haloumi that was cooked in honey and some other stuff (za’atar crumbs). I especially liked how it squeaked when I bit it. One of my favourite things were the little pies (Shanklish sambusek with preserved lemon salsa and Lamb and pinenut sambusek w mint yoghurt). They were so, so, so, so good.

I liked the cauliflower, chickpea and pomegranate salad too which surprised my mum and dad.

But pomegranates are my new favourite thing.  Almost. I still love ninjas more.

There was some pink fish with crunchy stuff on top (Scorched ocean trout spiced tahini and fennel) that was good and Henri gave my sister and I some special spicy (merguez) sausages that were the best! The lamb dumplings were yummy too but I’ve never met a dumpling I didn’t like. 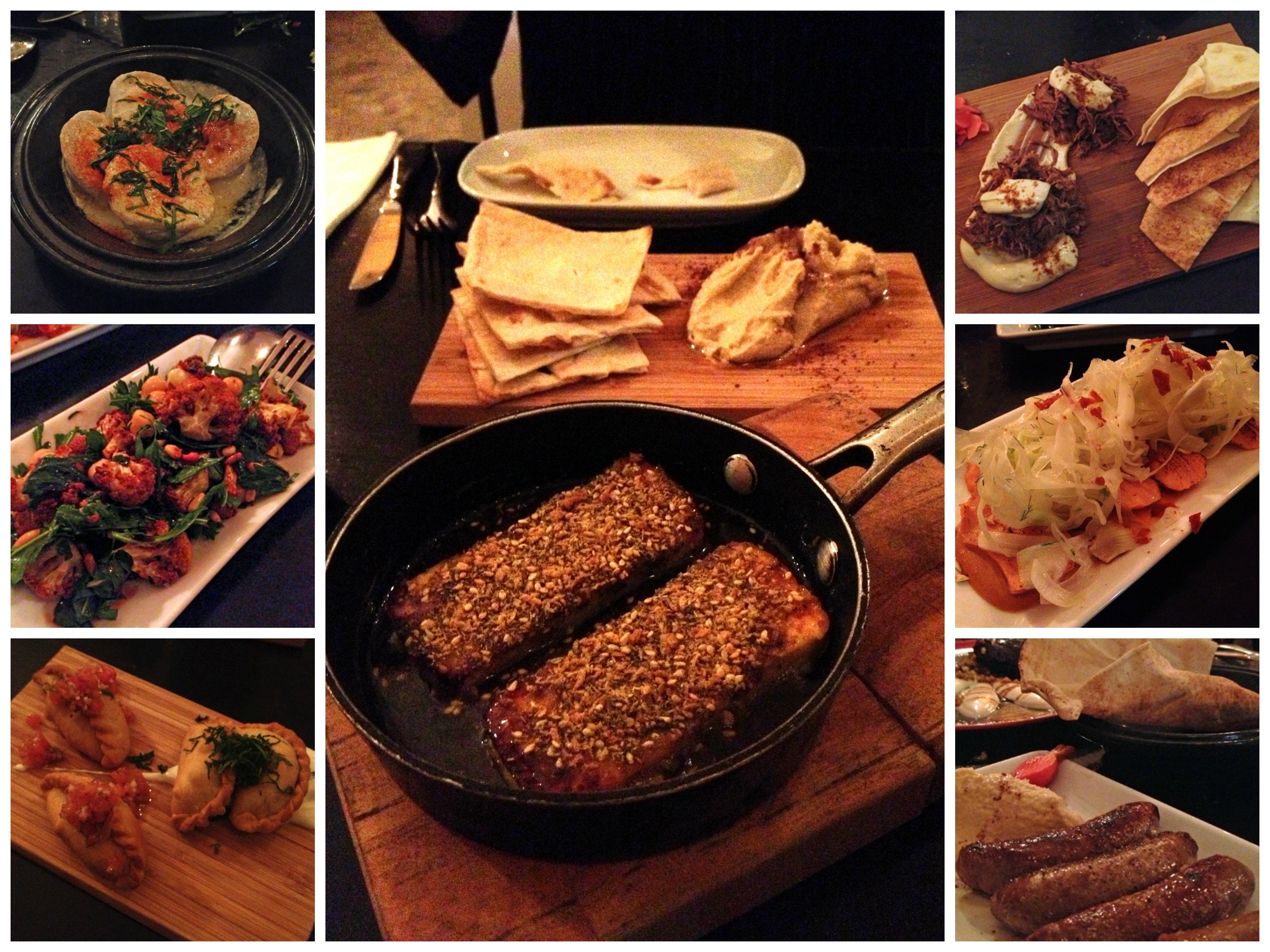 The last dishes were beef (Carob glazed beef cheek w freekah and sheep’s milk labne) and lamb (Confit lamb shawarma w tahini and pickled radish) that was all fally apart and came with bread. It reminded me of something we had at the souk in Oman and it was so yummy I had two lots.

There were TWO desserts. One (tahini and Persian fig brulee) had a crunchy top that was fun to smash. 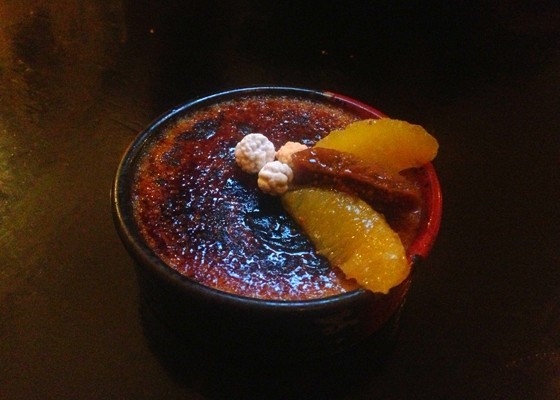 The other (Rose Jelly and Sahleb Cream with Sumac Strawberries) came in a big glass filled with everything ever. Every time we put the spoon in something different came out… rose petals, strawberries, crunchy stuff, creamy stuff, lumpy stuff, jelly stuff. Awesome!

Next time we go there I hope they have a 1000 course banquet, and that Henri is there because he was cool. 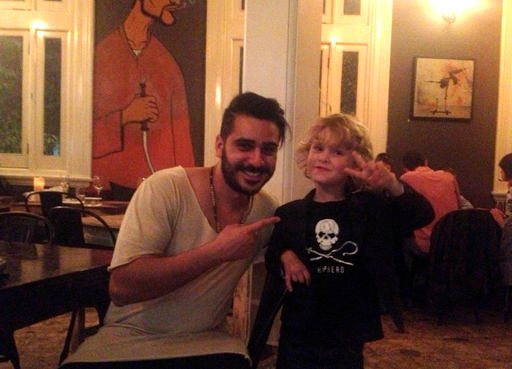