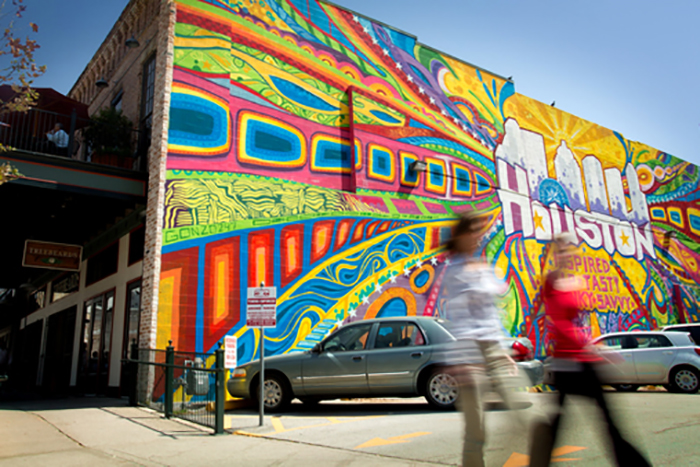 My first impressions of Houston, the most populous and diverse city in the U.S. state of Texas, are that the wonderfully diverse and undoubtedly delicious city is… humid with a chance of hugs.

I’ve been warned about the delays, long queues and heavy customs scrutiny when flying into America. So, I’m prepared for a long wait when I arrive at Houston’s sprawling George Bush Intercontinental Airport.

But, strangely, there’s just one person ahead of me in line and I find myself face to sober face with my inquisitor in a matter of seconds. The customs officer sees my Journalist Visa and raises his eyebrows. Why am I here, he asks? To write about why people should visit Houston, is my honest reply.

His expression changes in a blink. “Thank you” he says effusively. “We certainly appreciate that! You have a lovely stay”. He’s grinning so darned hard and seems so genuinely pleased that I half expect him to leap over the counter to give me a welcome hug. Definitely not what I expected.

Nor do I expect that, just fifteen minutes after touching down, I’d be through customs, reunited with my luggage and being lovelied to death by an Uber driver, a total stranger who appears to have mistaken me for his BFF.

What the heck is going on here? Have they dropped something in the water?

The charm offensive continues when I arrive at my stunning hotel, the new and utterly luxurious Hotel Alessandro, where I’m fawned over by the nicest hotel reception staff on earth. 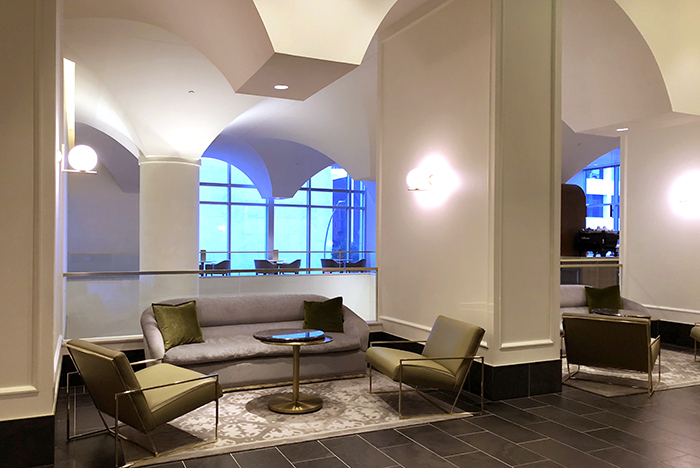 I try to escape all the intense pleasantness in my room, a sophisticated confection of a thing with stunning modern artworks, a huge green chaise and the biggest (and most comfy) bed in the history of beds. 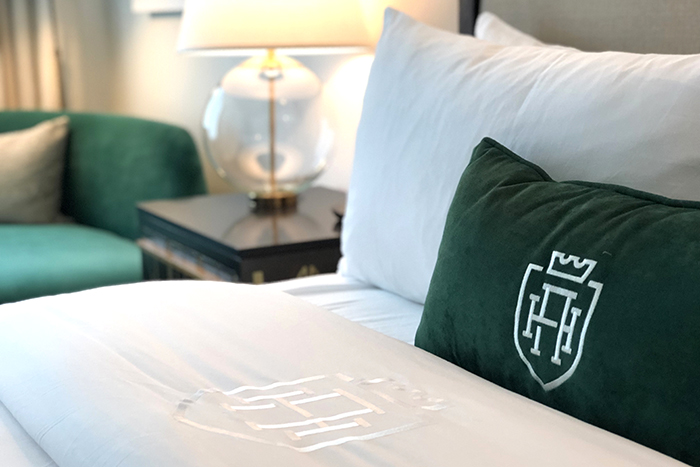 No luck, there’s also a bottle of wine waiting for me with a note that’s so sweet, I wonder if I’ve stumbled upon a previously undiscovered Shakespeare sonnet.

I head in to the enormous marble bathroom with a free-standing tub and walk-in shower where I refresh myself in preparation for a lunch date. 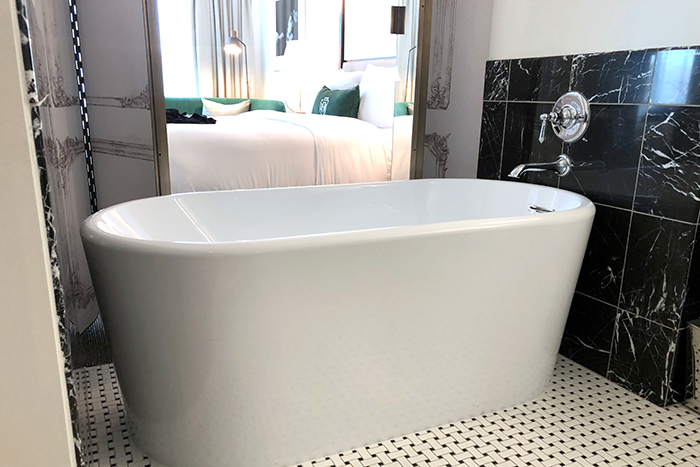 Given the speed of my arrival, I’ve a little more time to kill than I’d expected, so decide to pop down the street to nab a SIM card for my phone. I figure I’ll walk but given Houston’s heat and humidity, Prince Charming (the hotel calls him a valet) instead insists on whisking me off in a Maserati, the hotel’s free house car. I acquiesce, more than happy to be rescued in this sexy, leather-trimmed, air-conditioned steed. 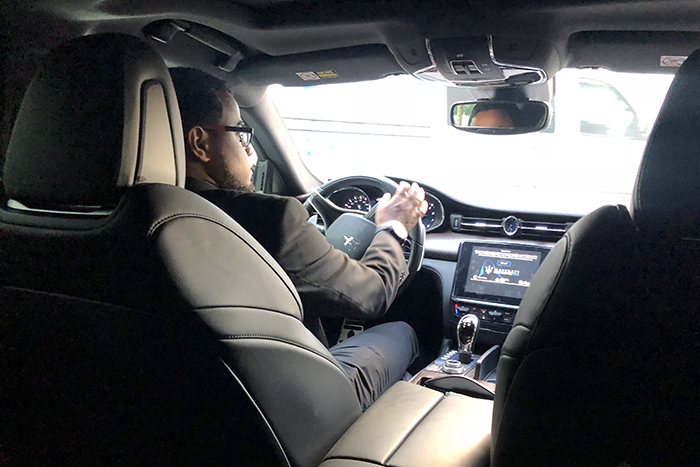 My lunch date is equally demonstrative, greeting me with a hug and sweeping my jetlagged soul off to Xochi (pronounced so-chee), the newest undertaking of award-winning Chef Hugo Ortega, winner of Best Chef: Southwest at the prestigious 2017 James Beard Foundation Awards.

Here, you guessed it, the staff are all freaking nice. There’s not a sullen face amongst them. Even the sugar skull who greets us at the door is grinning. 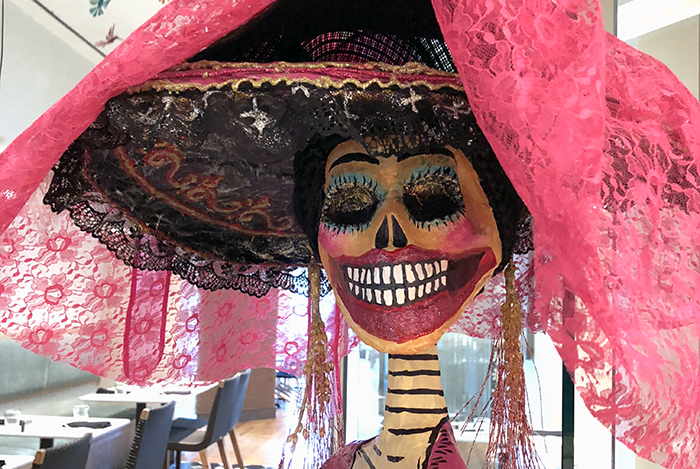 In fact, everyone working here is so happy I swear they’ve been imbibing the restaurant’s incredible mescal soaked margaritas by the bucket load. Or is that just me?

The food – painstakingly authentic, insect-infused dishes from the chef’s home state of Oaxaca – is nice too. And by nice, I mean freaking amazing.  We start on a selection of house-made corn tortillas and four mouth-watering moles, one salty, one smoky, one tart and one infused with the funky-flavour of crunchy flying ants that is my out and out favourite. I can’t get enough. 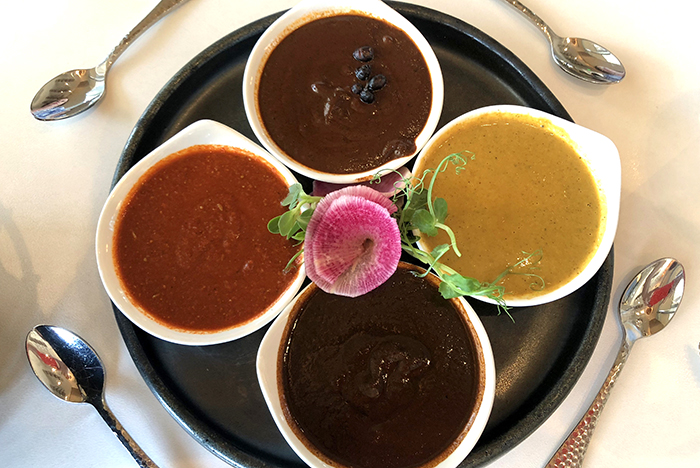 We continue with share plates of wood-roasted oysters smothered in mole amarillo, cotija and breadcrumbs and crispy goat tacos with salsa verde. 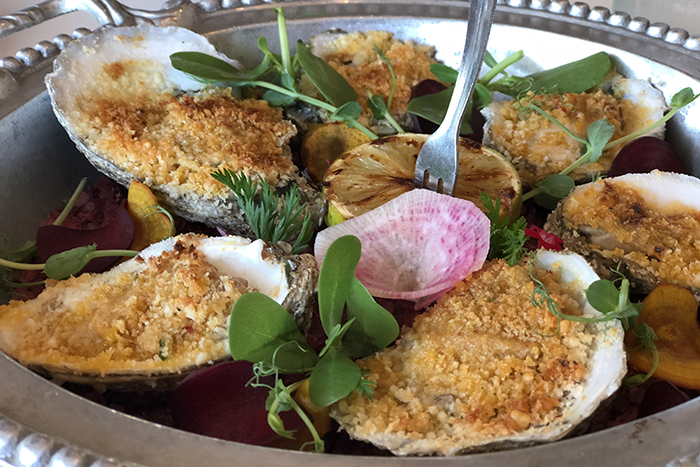 Then comes the sautéed shrimp with chile de ajo, and an elegant ceviche of flash-seared tuna that is so pretty it almost pains me to eat it. 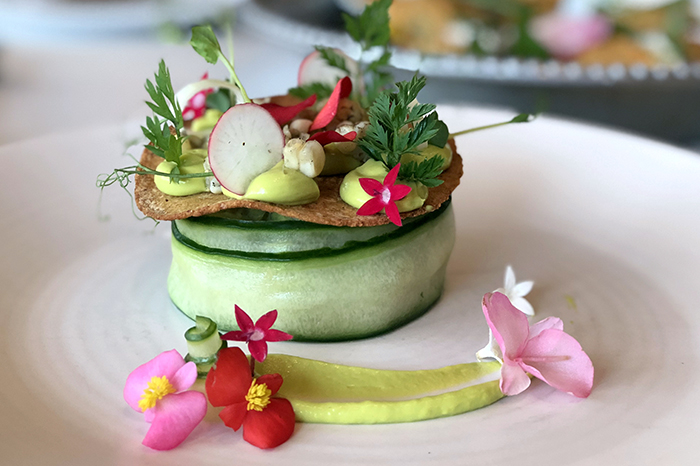 Almost. It tastes even better than it looks.

I realise it has been years since I have been this excited by every single element and course of a meal and am mentally investing in a new pair of jeans in which to squeeze my expanding belly when Ruben Ortega, chef Hugo’s brother and the restaurant’s resident pastry chef, comes to say hi.  He too is alarmingly charming, disappearing momentarily only to return with the most insane chocolate creation I’ve ever encountered. 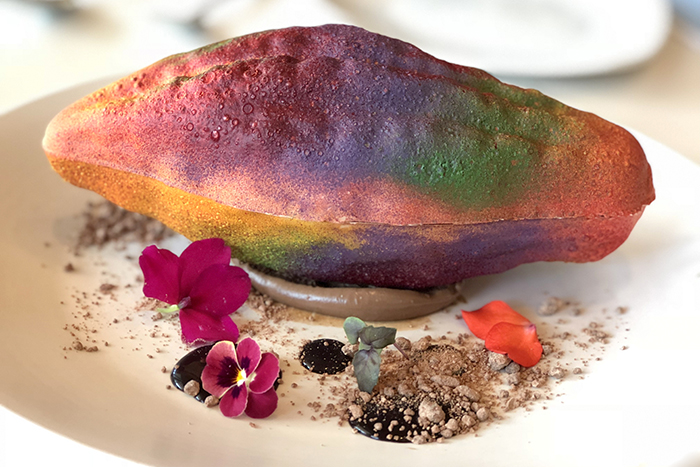 The whimsical, airbrushed, white chocolate creation, simply entitled “Cacao”, mimics the appearance of a cacao pod, but lift the lid and secreted inside are a variety of chocolate delights, all made straight from the bean at the restaurant. 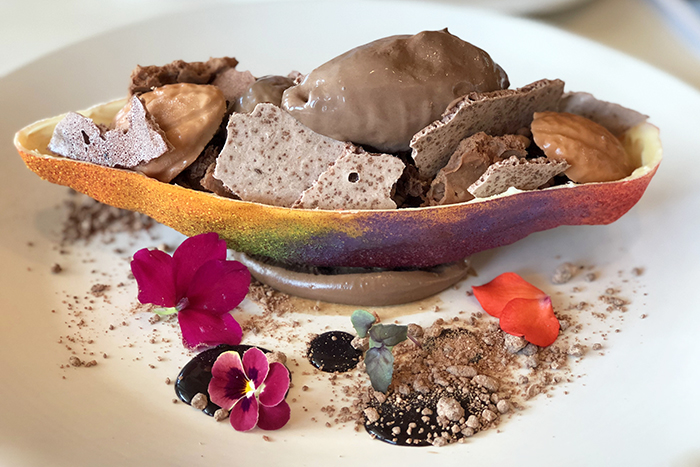 It is a revelation of textures and flavours and despite my fullness, I scoff the lot.

Before I step out into the heat to explore a little more of this so far intriguing city, I farewell my lunch date and Mr Ortega with an embrace.  Hot and humid Houston, it turns out, is a hugger! And it might just be home to some of the most welcoming people on earth.

Click here for the top eight reasons we think families should plan a stay in Hugston… I mean Houston.

HOUSTON WITH KIDS – NEED TO KNOW BEFORE YOU GO
When to visit
November to March is the most popular time to travel with little rain and less humidity.
Currency
US Dollar
Power
Standard voltage is 120 V and the frequency is 60 Hz. American plugs require two flat-prongs and one round prong.
Visa & Passport Requirements
Visitors won’t even be allowed to board a plane bound for the United States if they don’t have the required visa waiver or entry visa. If you are entering the United States for less than 90 days you may be eligible to enter on an ESTA under the Visa Waiver Program (VWP). In all other circumstances, you’ll need to get the appropriate visa before you travel. From personal experience, I recommend getting entry documentation organised at least three months before you travel. Visitors will require a passport that’s valid for at least six (6) months.
Health
Health care in the United States is awesome but expensive. Hospitals and medical centres may require you have health insurance or proof of ability to pay, so you will need to have adequate health coverage in your travel insurance policy. In the event of an emergency, the number to call in the United States is 911.
Tipping
Tipping is a widely practiced in the United States. In restaurants, it is considered impolite not to leave a gratuity of around 15% to 20% of the amount of your bill. Tips are also generally given for services provided in hotels and taxis.