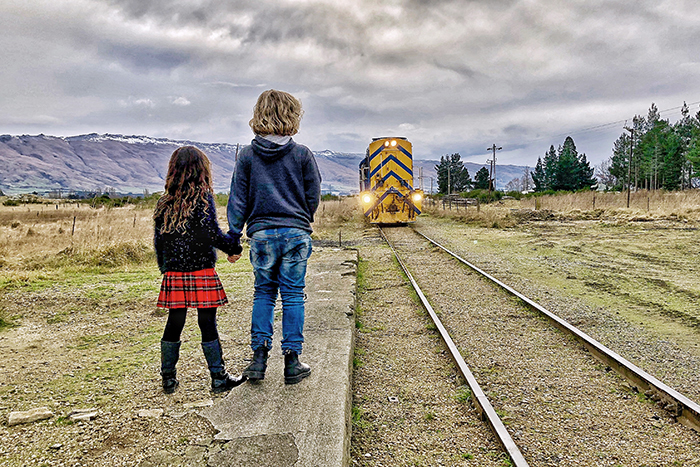 Move over Howarts Express. Dunedin Railway’s scenic Taieri Gorge route to Middlemarch has stolen the kids’ hearts as our favourite rail journey to date. And while we may not be en route to wizard school, it’s certainly a magical journey.

The amazing Taieri Gorge Railway journey begins in Dunedin at the city’s historic railway station, a renaissance revival confection that reminds us of a gingerbread house. But waiting not being one of Raffles and Sugarpuff’s strong suits, they are soon engaged in a game of imaginary cricket on the historic platform while we wait to depart. 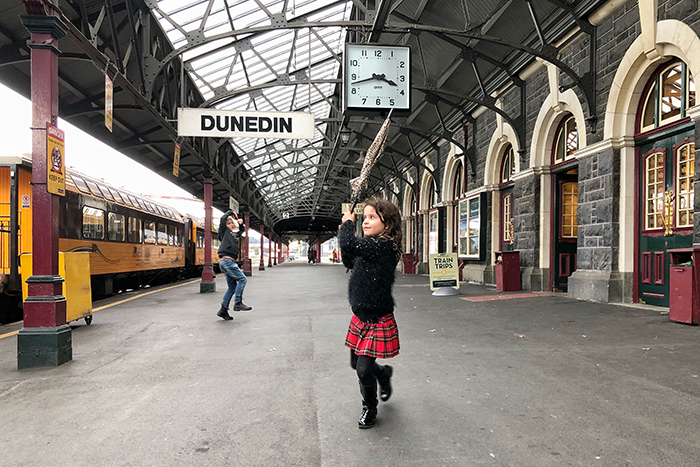 A couple of imagined wickets later and we are settled into a comfy air-conditioned booth and rolling down the track on our way to the very Hobbity sounding Middlemarch.

While our plush allocated seats, in a booth formation with a table, are amazingly comfortable, we soon find ourselves in the dining car … because Raffles. But Sugarpuff, still indulging in Hogwarts’s Express fantasies is a little disappointed to find there are no chocolate frogs or Bertie Bott’s Every-Flavour Beans on sale, though the Devonshire tea scones and southern sushi (a tricked-up, toasted and rolled cheese sandwich that’s a fave in Dunedin) prove a more than adequate substitute for my wee train spotter.  Indeed, after settling in to scoff, we have such a great time chatting with the train’s host and the dining cart staff that we forget to go back to our seats… for the entire stunning journey. 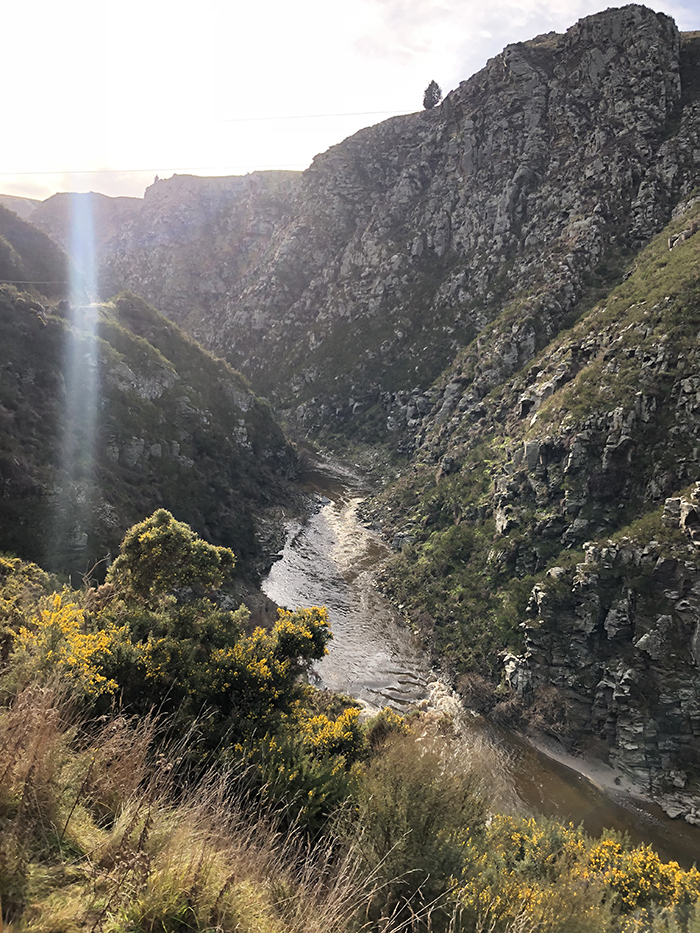 It is easy to see why the Taieri Gorge railway has been described as one of the world’s most extraordinary rail journeys, and the commentary on the railway’s stunning engineering feats as well as its somewhat chequered history, along with the views, keeps us all entranced for the duration of the journey. 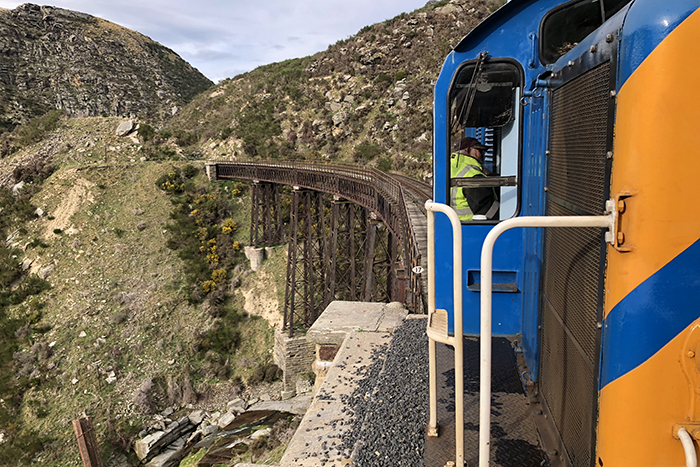 The train takes a coastal route out of the city before heading inland and along the rugged and rampaging Taieri River. We rock and roll our rickety way through ten dark tunnels, across countless stone bridges and viaducts, passing ever changing scenery from expansive Plains to the gobsmacking depths of Taieri Gorge, where we are lucky enough to leap off the train at a colourful, sky high, railway hut, to stretch our legs and feast our eyes. 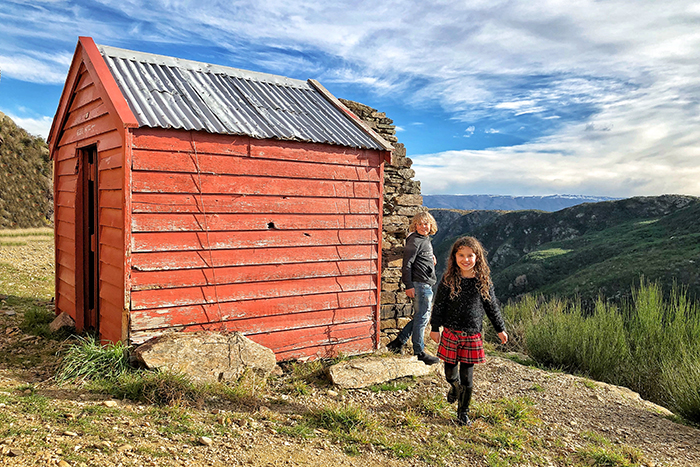 Much to the excitement of my movie buff son, the train click clacks its way past a series of rock tors in Sutton which he instantly recognises as a setting from the Hobbit. 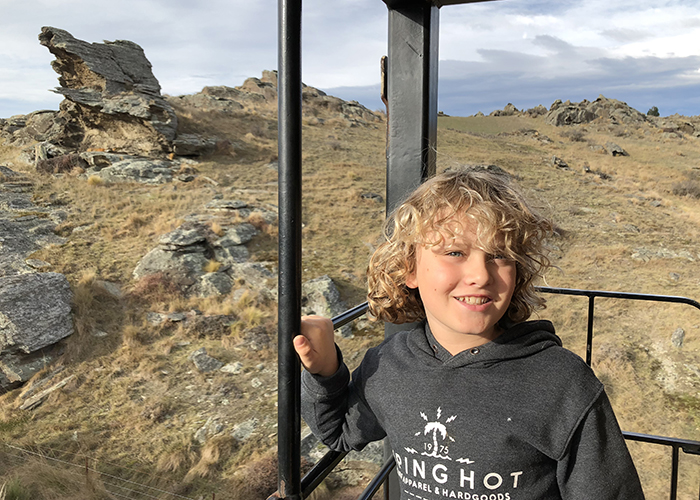 Sugarpuff though is more interested in doing a bunny head count, dozens of the wee critters scurrying about as the train passes by. Cow’s that appear to be doing choreography also float her animal-loving boat. 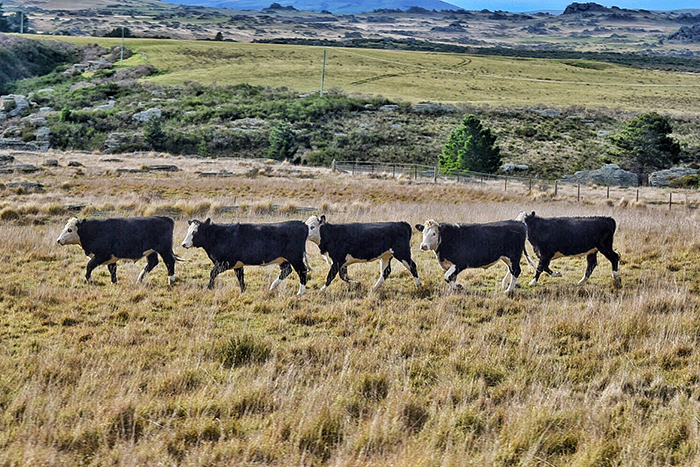 On arrival at Middlemarch, a small town lying at the foot of the Rock and Pillar  hills in the Strath-Taieri valley, my wee lover of all things fluffy and furry is even more beside herself to discover a horse and cart waiting for us. 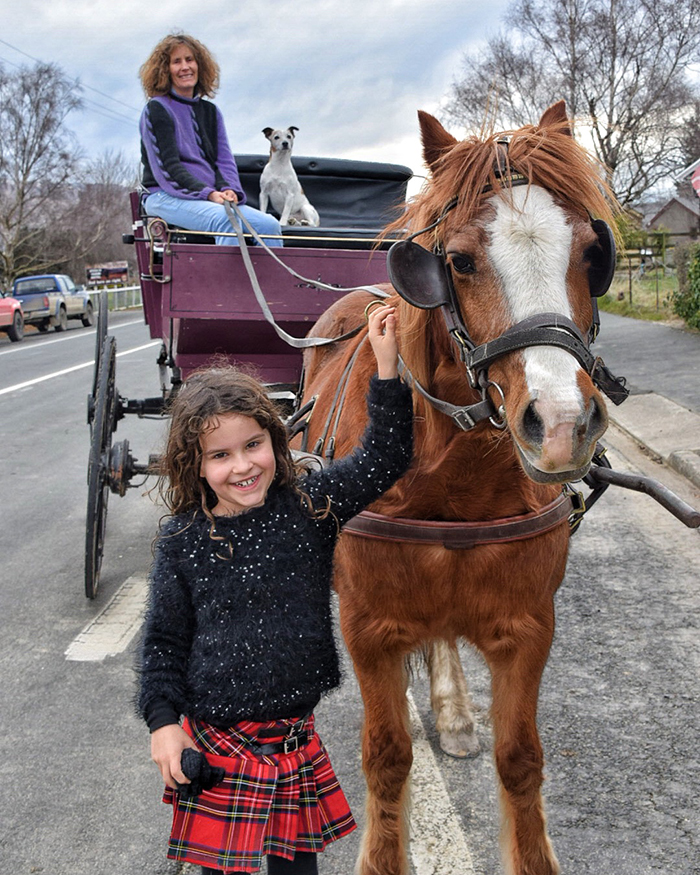 There’s also a cute pooch called Spike, who appears to be the cart’s co-pilot. 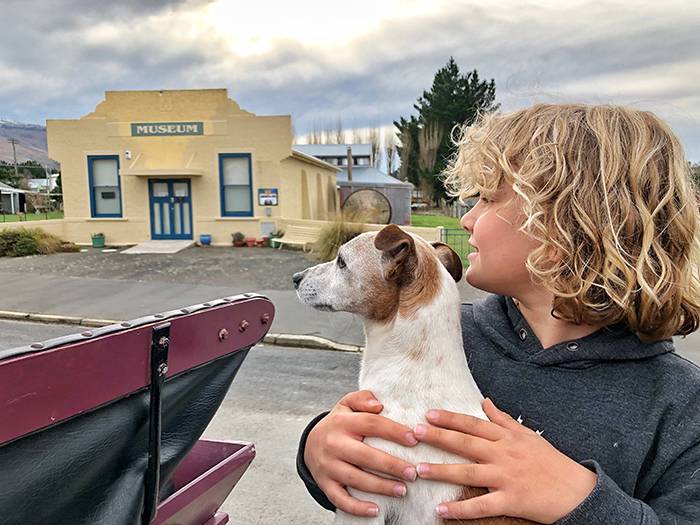 It’s a lovely way to tour the lovely town, with its population of just 300. But tearing the kids away from their new puppy pal proves a tad difficult when we arrive at the Kissing Gate Café to collect a sumptuous picnic lunch to take to Sutton Salt Lake Scenic Reserve. 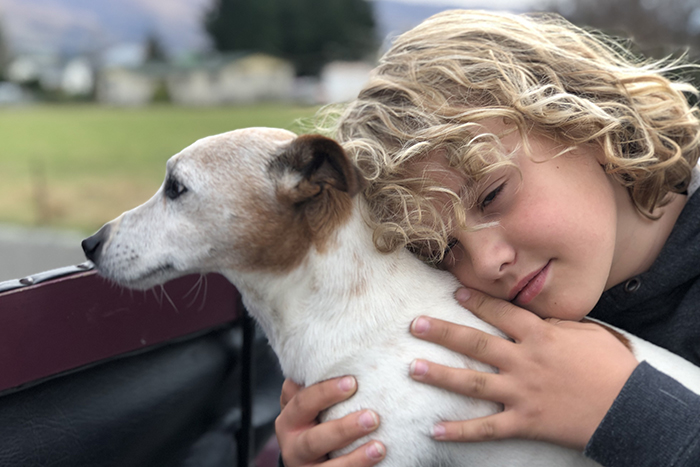 There are sad goodbyes but the promise of cake and adventures does the trick.

Between bites of delectable toasted sandwiches, fruit and homemade cake, my little wizard/Hobbit hybrids clamber over and around the rock tors and shrublands of the reserve. 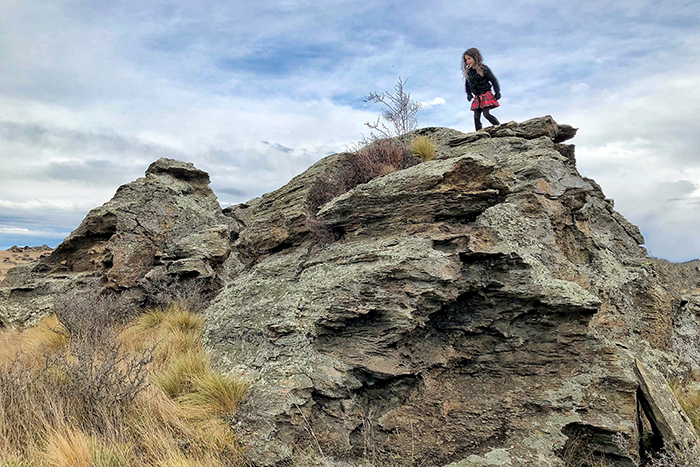 One does battle with imaginary orcs… 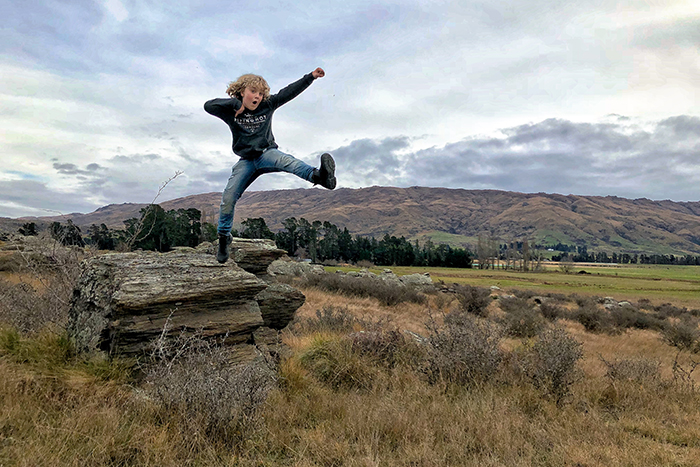 The other casts wizardly spells from her rocky tower… 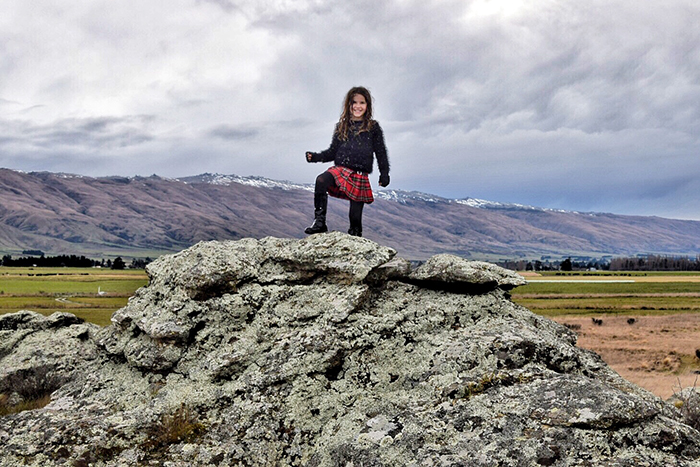 So mystically beautiful and welcoming is the area that the kids and I are under its spell and make a unanimous decision that we’ll be back for a longer visit soon. But for today the adventures are over and we head to a tiny train station, seemingly in the middle of nowhere, where the train appears as if by magic to scoop us up for the journey home.

Disclosure: The Eats Worlds were guests of Enterprise Dunedin and Dunedin Railways but, as always, all opinions, orc-hunting, spell-casting and train spotting is our own.