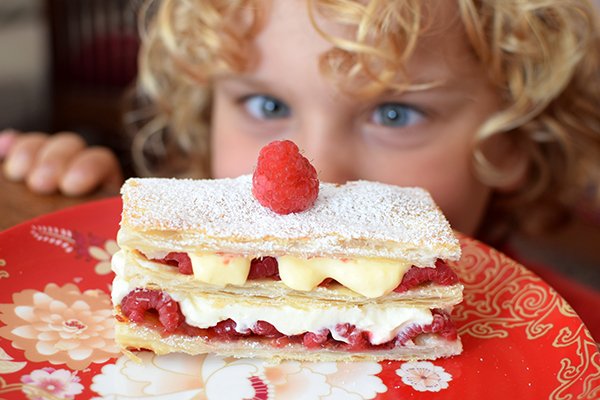 As if the wrinkles and middle age spread weren’t giveaway enough, I’m about to really show my age! Though Raffles & Sugarpuff are convinced I grew up in the ice age riding woolly mammoths to school, I’m actually a product of the Age of Aquarius… which may explain my penchant for sipping on tree hugging bleeding heart hippy cool aid and weakness for popular 70’s desserts.

And though I was a little too young at the time to love the nightlife or to boogie, there were enough corduroy flares, terry-towelling frocks and lairy polyester prints in my childhood wardrobe to have outfitted a pre-school Studio 54. But I digress…

I’m actually reminiscing about the awesome kids’ shows of my 70’s childhood. Funny, clever, incredibly politically incorrect in hindsight, and clearly written by people on alarming quantities of LSD, they were awesome!

Some of my favourites were Scooby Doo – a show about a paranoid stoner and his dog, and the cartoon version of I Dream of Jeanie, about a bikini clad 2,000-year-old genie that lived in her surfer boyfriend’s bong. Then there was my first introduction to leopard print rock chick fabulousness via the awesomely skimpy outfits of Josie & The Pussycats, and the kung-fu crime-busting ridiculousness of a delusional dog in Hong Kong Phooey.

And of course the endless re-runs of The Rocky & Bullwinkle Show – a show about an inherently stupid moose and a flying squirrel. Wry, full of woeful puns and topical satire, the shows were smart and sassy and packed with quirky characters. There was the fabulously fiendish Boris and Natasha, melodramatic Mountie Dudley Do-Right and my favourite of them all, Mr Peabody, genius talking dog… and his pet boy, Sherman.

Renaissance dog Mr Peabody was an inspiration – business magnate, scientist, Nobel laureate, gourmand, two-time Olympic medallist and inventor of the Wayback machine – his journeys through history resonated with my five-year old self. Twisted and factually redundant though the tales were, I was so enthralled by the anthropomorphic dog and his whacked out adventures that I’ve been hooked on history every since. 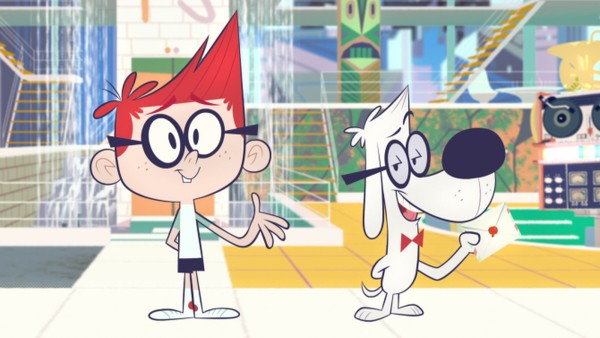 When I heard that the Mr Peabody and Sherman Show was being re-booted 21st century style on Netflix, I couldn’t wait to introduce it to the kids. And happily, they are as hooked as I was at their age. So much so that my little history buffs have decided to make their own Wayback Machine so our future travels can be back in time! 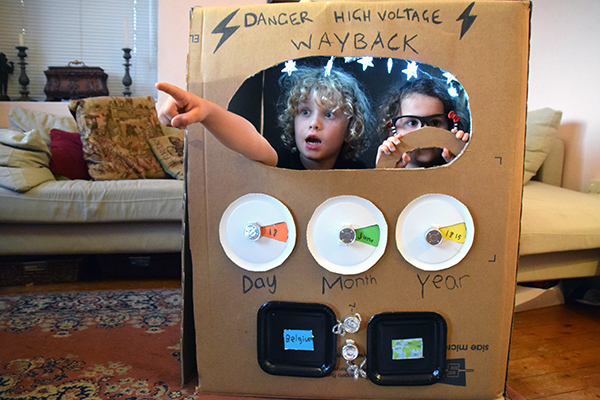 They’re starting with a visit to Belgium and the Battle of Waterloo! Which, thanks to Mr Peabody, they believe was caused by Napoleon being so distressed about not having a dessert named after him that he headed there in search of custard to make his namesake pastries. 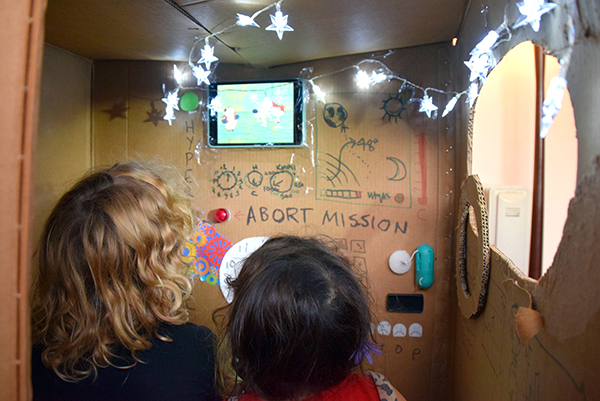 I’ve enlightened them to the fact that there was more to the Battle of Waterloo than a hunt for a good crème pâtissière… but still figure it won’t hurt to whip up a Raspberry Napoleon or two for them to scoff in their Wayback Machine before they head off on more historically inaccurate but fabulous adventures.

Like Mr Peabody and his historical facts, I’ve taken a few liberties with the ingredients for my Raspberry Napoleon… but the end result proves as big a hit as the Mr Peabody & Sherman Show with my tiny time travellers. 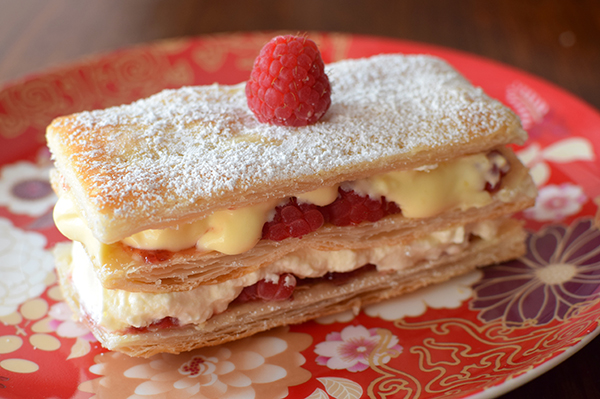 Disclosure:  As a member of the Netflix #StreamTeam we received a subscription to Netflix, and while I will be posting regular updates about the service, and what tasty treats we scoff while we’re watching it, all opinions expressed will be our own.

18 Comments on Time travel, ‘toons, and a Raspberry Napoleon recipe