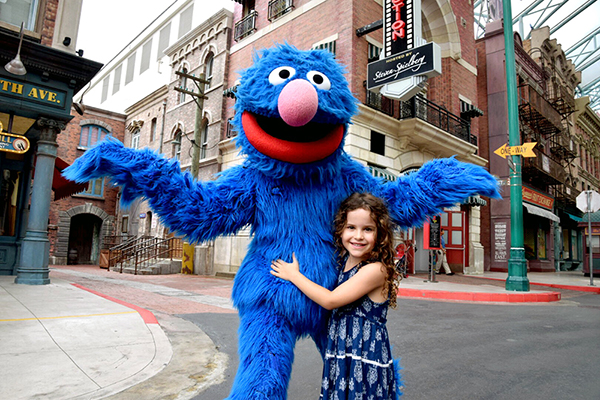 Given the kids and I prefer to spend our time shovelling food into our gobs and getting cultural on our travels, I have to admit that theme parks, though we do enjoy them, aren’t normally all that high on the Eats World holiday agenda. But after five visits to Singapore in under 18-months, and having just about eaten the Lion City out of food, we decided it might be fun to check out Universal Studios Singapore on Sentosa Island.

But I must confess to being a little nervous, and not only because the kids will likely have me soiling myself by forcing me to join them on the biggest, fastest and scariest rides, which are really not my bag (unless it is a barf bag). No, my concern comes from my ability to predict the future. And that future is bound to include Raffles demanding to eat every bit of themed snackery in sight and Sugarpuff performing tanties of epic proportions when I refuse to purchase all the merchandise.

But it turns out my fears were only slightly justified. Yes, I was forced on a few rides that made me want to puke but Mr Eats World was there to ride pillion with the kids on most of the rides. Yes, Raffles ate everything from Shrek’s head to bowlfuls of Laksa and Hainanese Chicken Rice.

And yes, Sugarpuff insisted on me buying enough headbands to outfit an 80’s music video. But this was a small price to pay for what was, to borrow from the kids preferred vernacular, an “epic” day.

Universal Studios Singapore’s cutting-edge rides, shows, and attractions are based on some of the kids’ favourite films and television series, which is a huge plus, and there are plenty of experiences that are totally unique to the Singapore theme park, so even though we’ve visited other Universal Studio theme parks before, this one was still full of awesome surprises.

We began our day in Madagascar on a Crate Adventure, a gentle, not even remotely puke-inducing, immersive boat ride showcasing the adventures of Alex, Marty, Melman, Gloria and crazy King Julian. 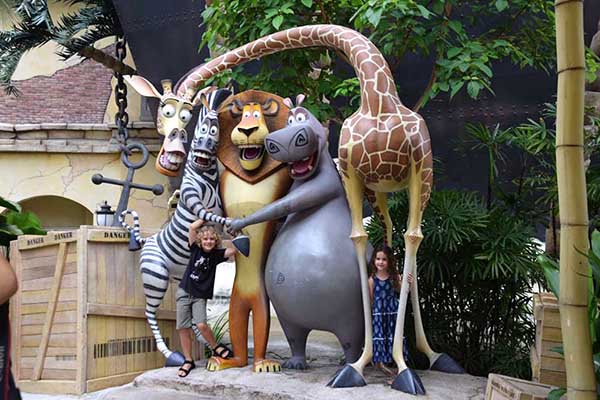 From their they bounded on to King Julien’s Beach Party-Go-Round, though Raffles seemed more interested in trying to eat the replica sushi than ride the quirky carousel. 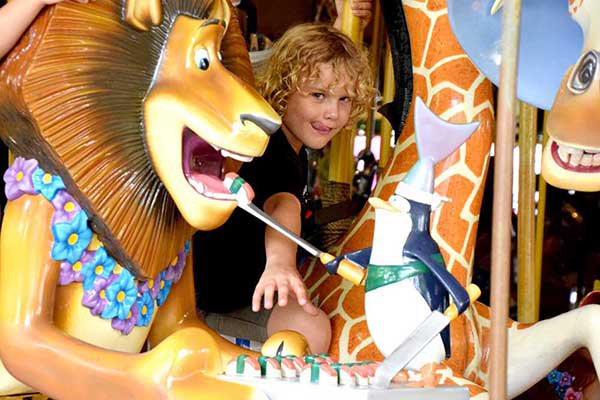 We escape “The Wild” and instead find ourselves dodging ogres in Far Far Away. Inside its enormous castle, the Shrek 4-D Adventure show has us all donning “ogrevision” goggles for an in our face fairy tale film adventure. 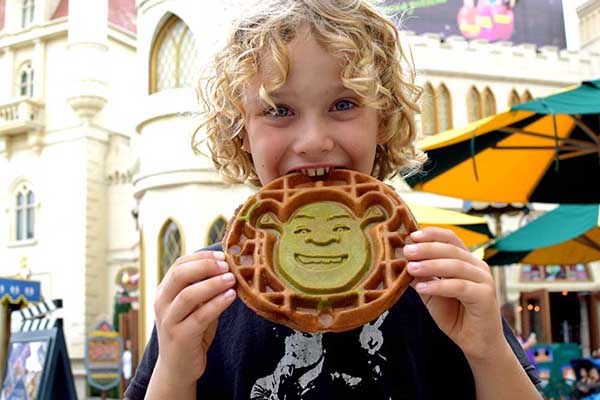 Sugarpuff has her eye on some magic potion, which is essentially a bottle of colouring and sugar. My hopped up lovely then drags me up a magical beanstalk on the brand new, world-first ride, Puss In Boots’ Giant Journey. 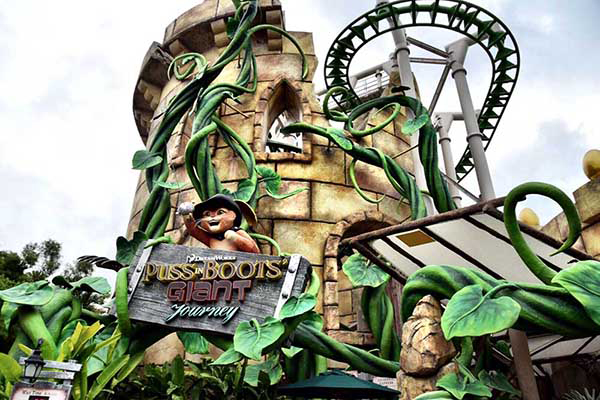 The amazing anti-gravity, swashbuckling roller coaster adventure proves a firm favourite and is the recipient of repeated rides. By them. Once is enough for their chicken shit mother.

In the Lost World, the kids go Dino-Soarin’ with their dad while I smile and wave. 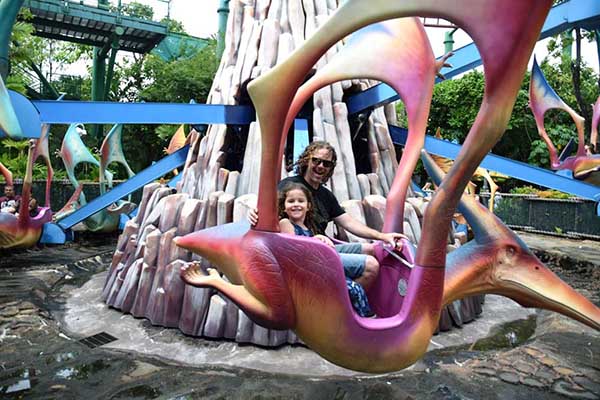 Then we head on a chilled treasure hunt ride under the shadow of enormous ruins and obelisks in the jaw-dropping Ancient Egypt. 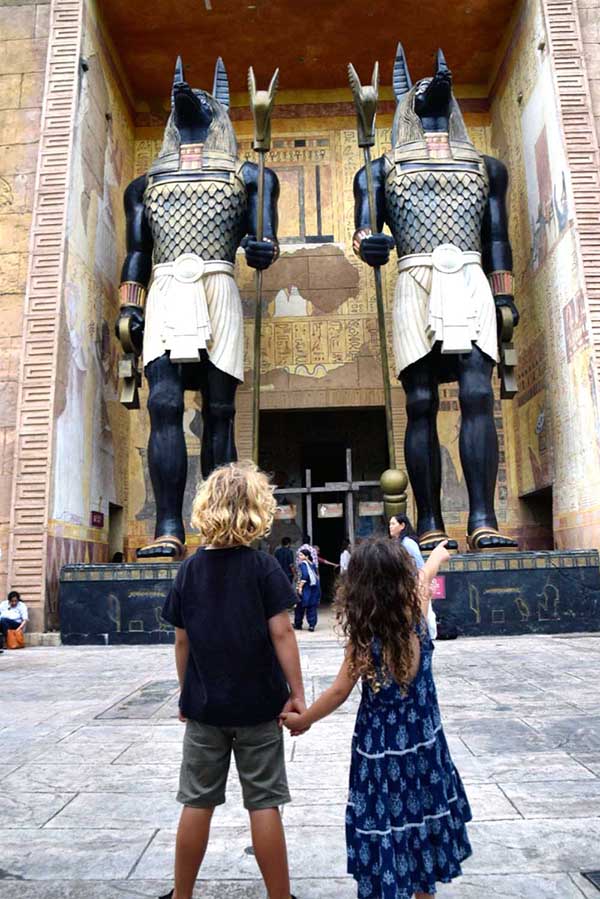 In Sci-Fi city, Raffles is on a huge high after he and his dad join Optimus Prime and the Autobots to fight the forces of evil on Transformers: The Ride, a hyper-realistic 3D thrill ride. So good is it that he tells me he plans on riding it at least another three million times. 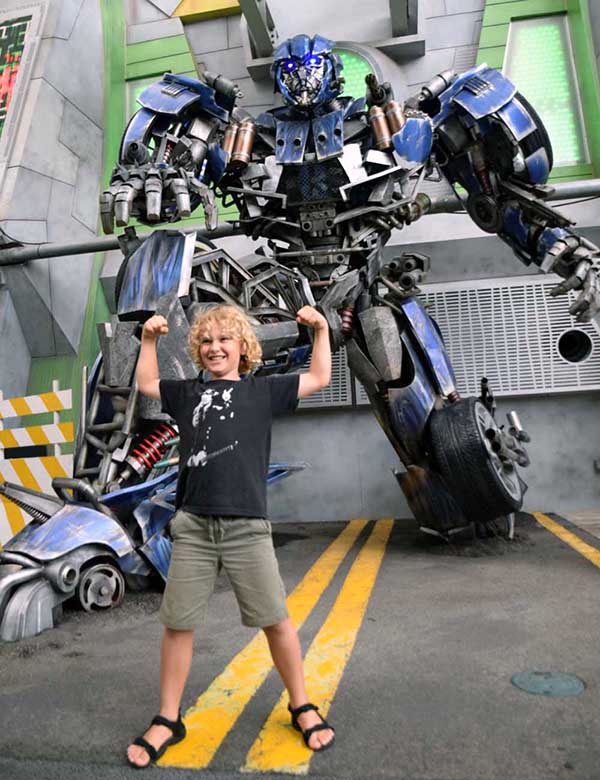 At about fifteen minutes a ride, I calculate this means we will be left waiting for around 85 years, so Sugarpuff and I ditch the boys and head to New York to enjoy cookies and a cuddle with Cookie Monster and get tangled up in blue with Grover. 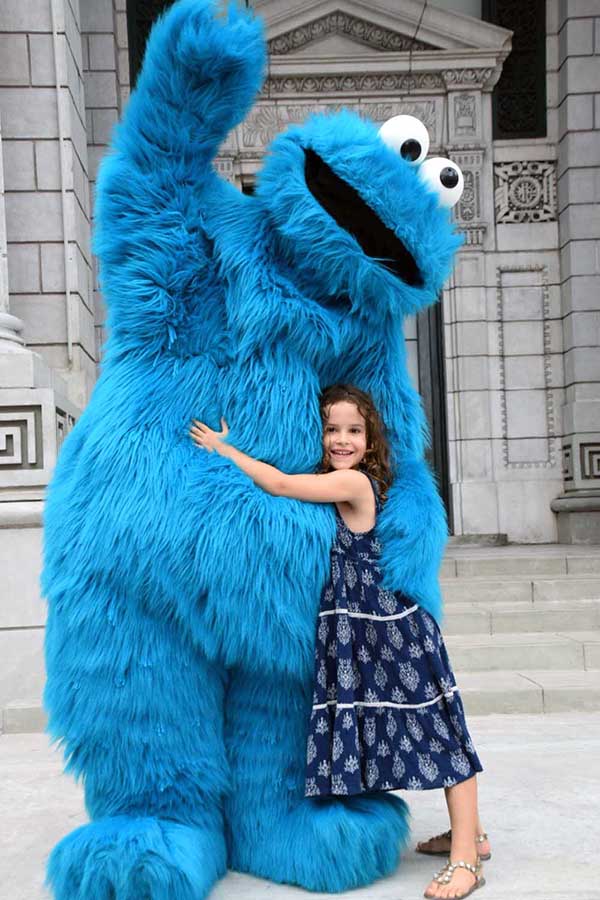 We giggle our way around the Sesame Street Spaghetti Space Chase. Over and over again. And shovel more cookies in for good measure. 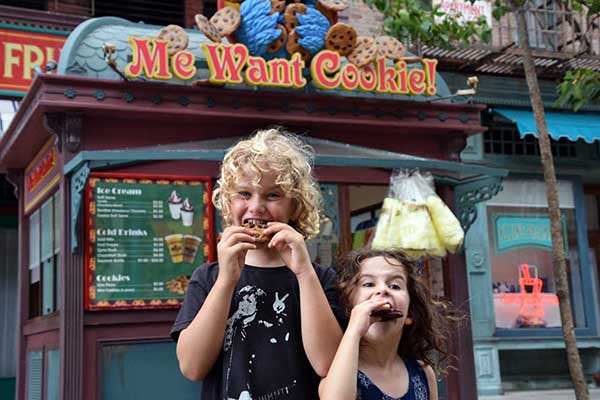 The rides at Universal Studios Singapore prove utterly addictive for the kids and there is an excellent balance of chilled but fun attractions suitable for Sugarpuff and her chicken arse mother, along with plenty to keep an adrenalin-seeking Raffles and his braver parental unit suitably amped up.

Indeed we all have such a fabulous day, we don’t know why we left a visit here so long. Next time, it will be top of the list. Well, second. Because lets be real here, stuffing our faces will always be our first priority in Singers.