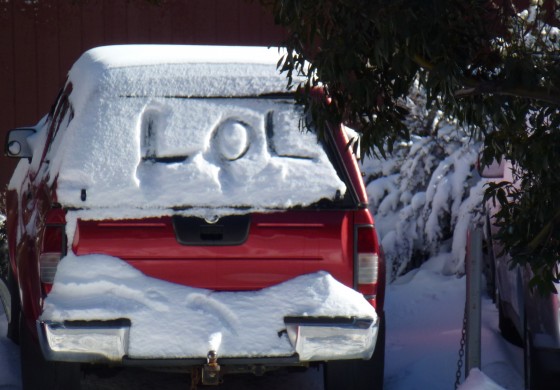 Athletic is a word that I’m almost certain has never been used in a sentence that also contains my name. You see, I have all the sporting prowess of lichen and the agility of the average barnacle.

Can I catch a ball? Not if the future of mankind depended on it. Swimming, you ask? I’m about as buoyant as Harold Holt! Run? Sure, once or twice after a dodgy kebab!  Oh…  you mean on foot. No chance. I struggle to stay upright standing still. Truth be told, I can’t even watch sport on TV without feeling out of breath.

I’m that girl that was always picked last for the team in school sport. Every. Single. Time. Was I offended? Hell no. I would have questioned the sanity of anyone who waived a finger in even the general direction of my uncoordinated self. I was, if you’ll pardon the vernacular, shit at sport. And I was oblivious to the rejection anyway as I was generally too busy fantasising about hanging out in the library.

Hence it came as quite a surprise to pretty much everyone ever when, in my mid-teens, I tried skiing and was not crap at it. In fact, after a single day on the slopes I was out zhoozhing folks who’d been doing it for years. Shock and awe ensued. As did an annual trip to the snow for the following eight years. That was until my glittering career as a powder pig came crashing to its inglorious end. Literally.

Picture the scene. I’m on a ski trip with a car full of pals who think that the way to a successful day on the snow is doing a shed-load of  shots before hitting the slopes. Classy, right?

A touch wiser, and not a little nauseous at the thought of tequila before breakfast, I clearly had a different interpretation of the term “On Piste” than my travelling companions.

And so I left them to destroy what was left of  their collective brain cell to head straight up my beloved slopes. A  fun-filled day of bombing and jumping followed until, in a moment of epic dimwittery, I misjudged the height of a jump and ended up landing on my arse in spectacular style. Stuck in the snow for an hour with a torn knee ligament, unable to catch the attention of any passing skiers and with snot icicles starting to form on my face, I eventually had to slide my way slowly on my bottom to the bottom. Attractive.

On arrival I was greeted by my holiday companions who were, by this stage, incapable of either driving or coherent speech.  And so it came to pass that I, with my  rapidly swelling limb, had to chauffeur a carful of smashed morons in my old Kingswood (resplendent as she was with lemon quarters and an empty tequila bottle frozen to the bonnet) to our crappy hotel where I spent the rest of the trip sulking and swelling in equal measure.

That was the last time I went anywhere near the white stuff.

When the offer of a weekend getaway in Thredbo came, my first instinct was to hide under my bed.   But little Raffles has spent a lot of time recently pleading for a “snow holiday” and I’ve never been one to look the proverbial gift horse in the mouth. But this time I shall be giving any black runs a wide berth. And, given that the only empty bottles likely to be found anywhere near our vehicle will be filled with baby milk, livers should remain unmolested (except for those formerly belonging to ducks and that have been whipped into a fine pate),so everything should remain safe in our icy little world.

Best of all, in place of my old Kingswood, we are driving a shiny new Landcruiser Sahara courtesy of the lovely folk at Toyota. And by “we”, what I actually mean is that I plan on making Mr Eats World do all the driving while I relax in the super comfy soft leather passenger seat. Well, someone has to navigate! Though that argument is somewhat voided by built in satellite navigation system. 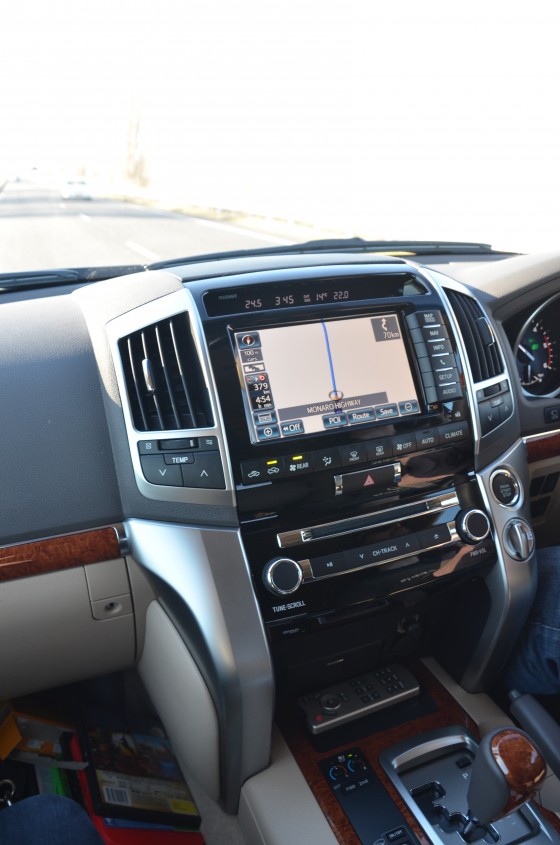 But unlike the Kingswood, which didn’t sport so much as a cassette deck, (yes I’m that old!) the Landcruiser Sahara Turbo Diesel has its own rear seat DVD player with a remote-controlled drop-down screen, an awesome audio system with a CD player, nine speakers, USB port and iPod and Bluetooth connectivity. There’s even a fridge. If we find a microwave oven we may actually consider moving in. Lord knows the thing is bigger than our apartment.  We even begin to debate the logic of using the engine block as a hot plate.

Raffles breathlessly declares it “A magic car!” Already sold on the Sahara’s built-in telly, he is gobsmacked at the sight of the remote-controlled tail-gate seemingly opening itself.

“Can I keep it?” he asks. Of course you can honey, if you save your pocket money for the next twenty years, invest in a high yield term deposit with 300% interest and hit up a few mates for the odd grand, then absolutely, it’s all yours.

As fabulous as the child impressing “magical” features are, for us – besides the comfy leather seats, incredible handling and wads of space – the best feature is it’s constant all-wheel-drive which means we don’t need to fit bloody chains when we reach the snow! Huzzah!

After six hours of “are we there yet?” free driving, the dulcet tones of Tom & Jerry beating each other senseless infiltrating from the back seat my only irritation, I find myself en famille in Thredbo ready to “break the ice” so to speak and introduce Raffles to snowmen, snowballs and the unbeatable pleasure of sipping steaming hot chocolate in the snow. 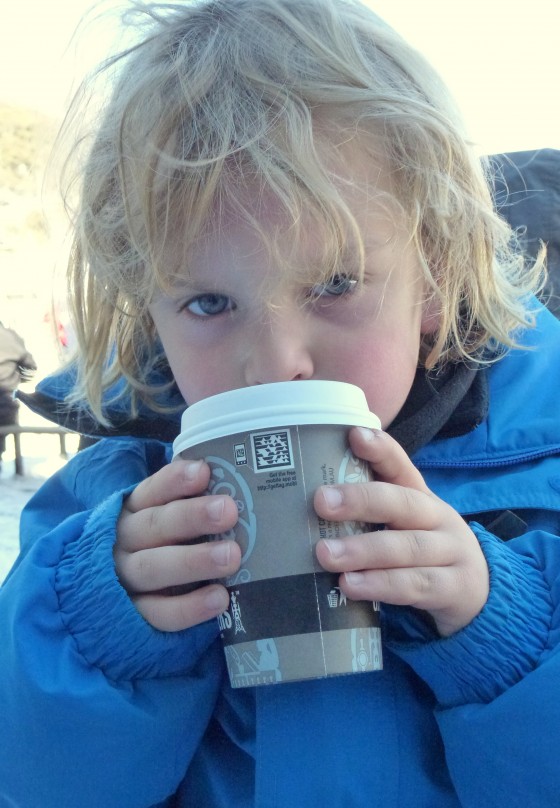 Oh, and to take on my old frenemy… skis.