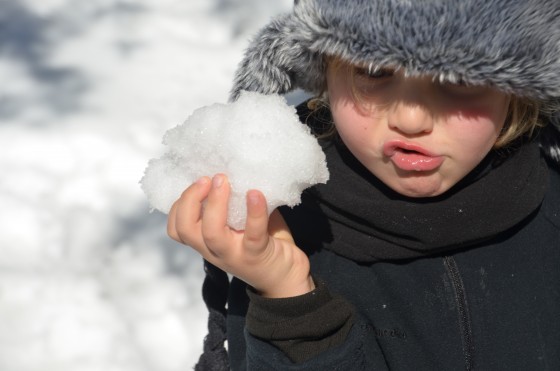 “Mama, snow is cold”  declares Raffles  as we reach Thredbo. The boy is a genius. We’ve arrived at Thredbo Village just as tiny white flakes of snow start to fall from the sky. Perfect. Timing. It’s our first time in Thredbo with kids, and my first time in two decades, and we are all mesmerised by the magical sight of the frosty ice fairies dancing about our car and we wind our windows down to get closer to the falling flakes.

Pulling up to our home for the weekend, The Denman Hotel, Raffles launches himself from the Landcruiser into the nearest pile of fresh snow and rolls about laughing, while Mr Eats World and I check out the spectacular views of the white mountainside. 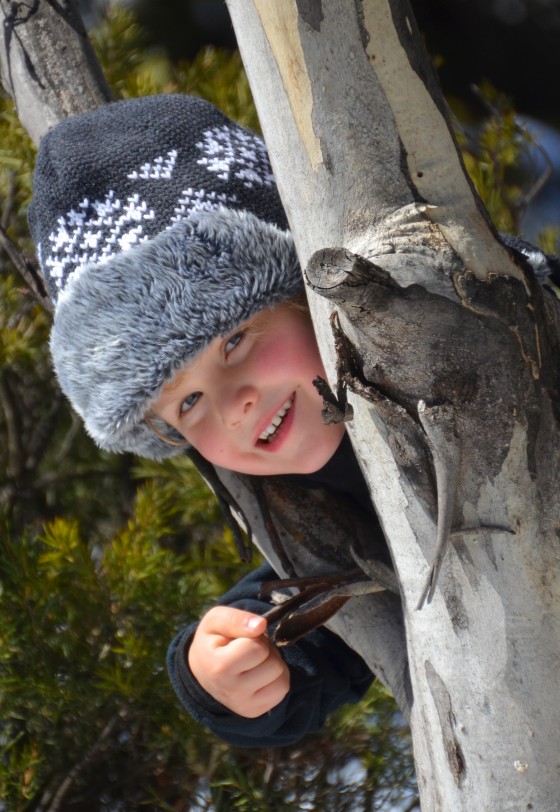 After checking in, we chuck on our après ski boots and walk the short distance to get kitted up for the following days planned mountainside mission, stopping every thirty seconds for Raffles to chuck another snowball at his dad, something he’s been waiting for since the second he discovered we were heading to the snow.

As the snow begins to fall again Raffles shouts, “Mama, mama, it’s just like Granita – only sky flavoured”, his face pointed to the heavens with his poking tongue out to catch the falling snow. His sister, also lapping at the falling snow like an over-excited puppy obviously concurs. Freaking weirdos.

Already stupidly excited, the ski hire shop sends Raffles over the edge. As he’s fitted for his boots, he stomps about in a frenzy, “Look Mummy, I have robot feet. I’m a Transformer.” Of course he is. If he could just transform yourself into a sane person for a few minutes while I sort out my own boots, that’d be fab.

And there they are. My old nemesis. I remember you well. I eye the clunky boots with suspicion, glaring at the size-nine bear traps that will be my footwear for the next two days. I try to show them I’m unafraid, but who am I kidding? I already know that within 48 hours they’ll have me beaten, blistered and bruised. Bastards.

Dinner is at the Denman’s award-winning Terrace Restaurant.  The view over the mountains is spectacular, as is the food. At least, the half-dozen mouthfuls I get to try are. In typical form Raffles and Sugarpuff poo poo the kids menu and pinch most of my duck liver pate and pork belly while I slowly waste away (OK, the wasting away is wishful thinking).

Par for the course, really. Thank God that liquor laws prohibit pre-schoolers from drinking, at least the pint-sized pilferers can’t steal my wine.

We awake on Saturday morning to clear blue skies, sparkling icicles hanging from the awnings and a heavy carpet of fresh white snow. Just wow. 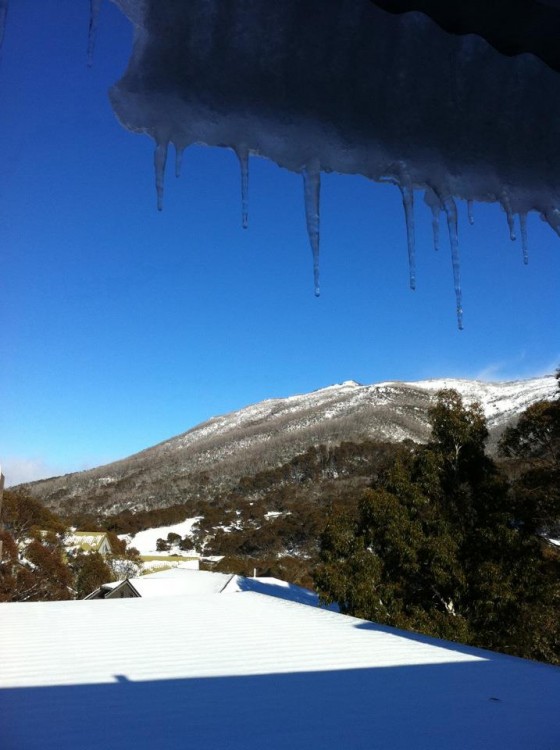 As we collect our kit to head for the mountain Raffles is giddy. But I am terrified. Am I really about to do this again? With a four-year old?

Yep! Ready to discover what the Thredbo with kids experience is all about, we drop Sugarpuff of at Thredbo’s childcare centre and head to Friday Flats and ThredboLand (for learner skiers aged three to six) for Raffles to have his first ever skiing lesson. 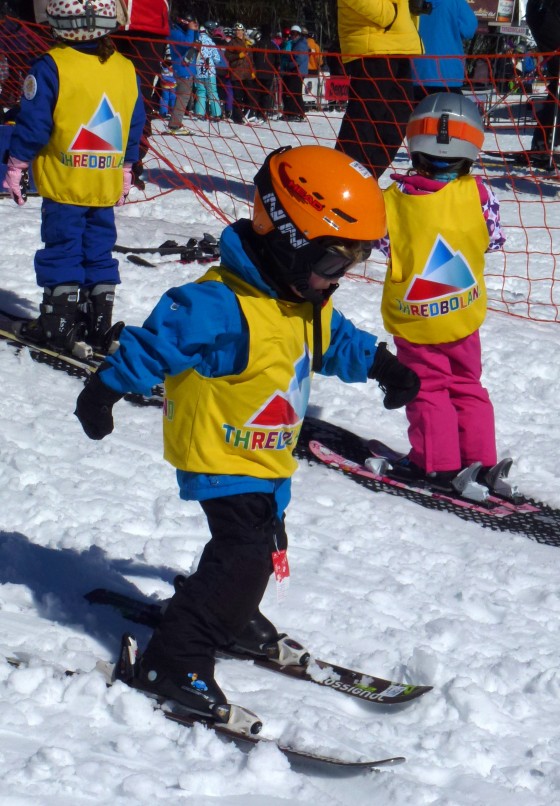 After sending him off to do his thing, we are introduced to our own private ski instructor who enquires as to what level we are. Is there a level zero, I ask? Or better yet, somewhere I can sit with nice schnapps until the lesson is over? No? Right. I take a deep breath and put my skis on.

And then… nothing goes wrong. I don’t break myself. And dare I say it, I’m having fun. In no time my nerves are gone and I am once more skiing far too fast, grinning insanely as I fly down the slopes as if the last two decades hadn’t even passed. I couldn’t even care less that my ankles feel like they’ve been attacked by pit bulls.

Mr Eats World and I head higher and higher and come down faster and faster, all fear out the window. I swoosh, he swishes. I swish, he swooshes. We become so cocky we’re practically ready to try out for the next winter Olympics. Until the moment that my competitive husband has been waiting for all morning as I fly past him at break-neck speed, becoming airborne and landing in an ungainly heap, legs akimbo.

His jubilant “Woohoo” echoes around the Mountain. Nice. I remind myself to push him off the ski lift later.

We decide to check on Raffles progress at ThredboLand and discover that he’s already learned to balance and control his skis. And by balance and control I actually mean he can stay vaguely upright while his arms flail and he slides and slips down the slopes. 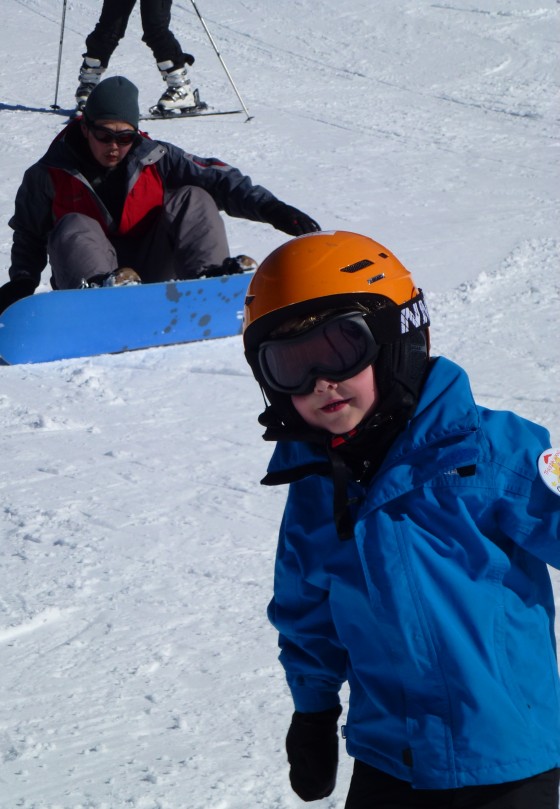 But it’s astonishing how fast children pick up skiing and just a few hours later he is upright and on his way. And Raff loves it! His confidence has skyrocketed and as we take one last run with our proud little man he is convinced that he can do anything! Win. 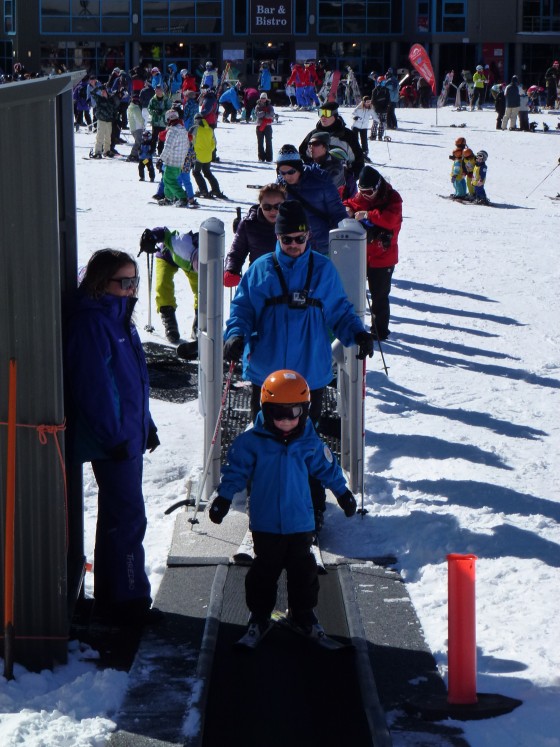 We reward ourselves with hot chocolate and steaming hot sugary donuts (who knew they could be so good) on the way to collect our little snowflake from the childcare centre. 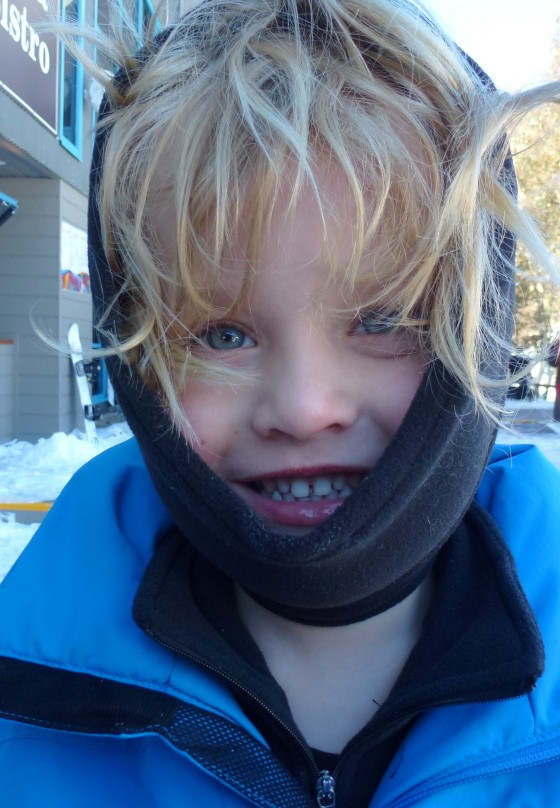 We stuff her into her Michelin man snowsuit for a little family frolic time in the snow. Snowballs are flung, angels are made and a giant snowman built. 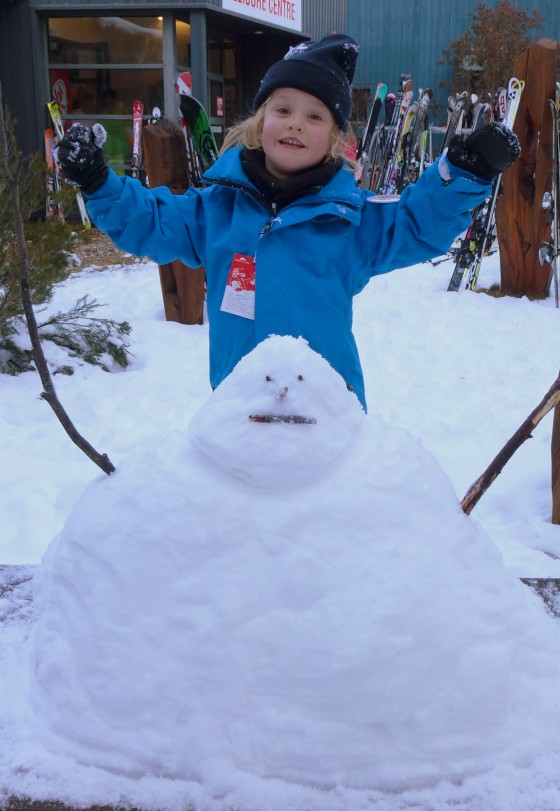 Sugarpuff squeals and our newly minted powderhound declares it the best day. Ever! 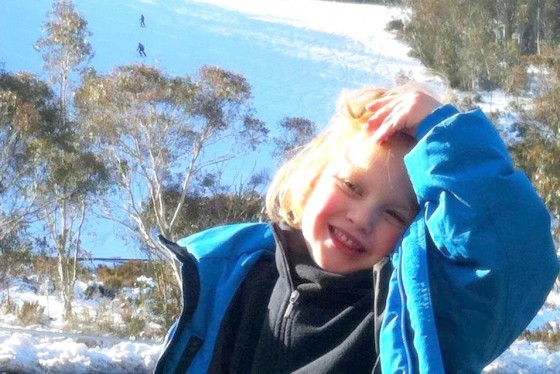 But it’s not over yet. We head back to the Denman to freshen up for another evening of battling over who gets to eat my dinner at the Terrace. I lose. Though the mouthful of confit duck I do manage to save is a revelation of flavour and texture.

There’s a little commotion mid entree and the kids rush to the windows (allowing me to actually get a few mouthfuls of my pate) as fireworks crackle in the skies.

We all watch on in delight as hundred of skiers with lit flares create a river of red light that snakes down the mountain… yet another enchanting sight in a weekend full of magical moments.

Back to our meal and I stop wasting my time sword fighting my children using the silverware and, realising that getting to eat my own meal unmolested by small people is a lost cause, focus on drinking.  Sated and exhausted, we hit the sack and sleep like we’ve never slept before.

While we’re a little more blistered and bruised than when we arrived, we’re heading home from Thredbo with kids converted. But as we pack the Landcruiser, Raffles is a touch distraught because “we didn’t get to meet any polar bears, mama!”

We’ll just have to look harder next year, my fearless friend.