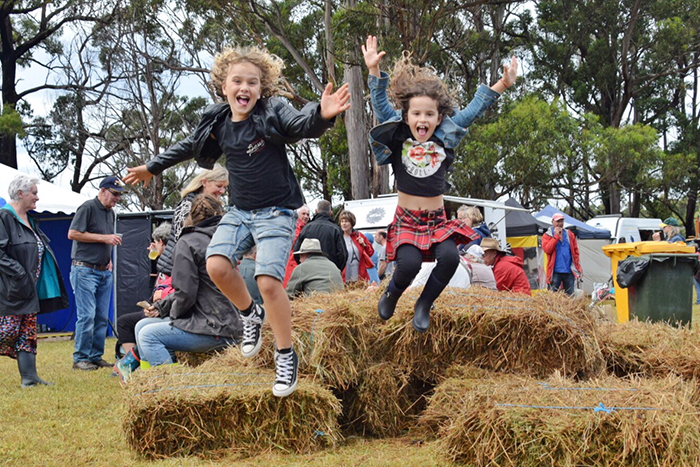 Garlic! For thousands of years, it has been revered as a food and medicine and reviled as a sign of Satan. Indeed, the poor, identity-conflicted bulb has been multitasking itself silly.

It has been used to create culinary masterpieces the world over, formed the basis for magic potions, warded off evil, used to both inflame passions and guard the modesty of maidens. It was consumed by Roman soldiers before battle, given to ancient Greek athletes for strength, worshipped by Egyptians as a god and been the bane of every self-respecting Vampire’s existence. It was even used (clearly unsuccessfully) to stop the black plague.

Thought to be native to Central Asia, the not so humble vegetable first made its way to India and The Middle East via the great trade routes. Then the Crusaders introduced it to Europe before it snuck its smelly way into North and South America with the conquistadors and European settlers. How it made it to Tasmania’s Tasman Peninsula though, I’m not entirely sure, but I am very happy it did.

I’m even more happy that a group of local friends living around Koonya started getting together every year to celebrate the harvest with a barbie and beer, and that from that backyard bash the Koonya Garlic Festival was born.

Though the festival still feels quite neighbourly, this is no hokey regional fair. Thousands of people, including some of Tasmania’s best chefs, descend annually on the Koonya Hall and grounds to get their garlic on. This year The Eats Worlds happily joined the throngs of non-vampires to gobble garlic, smoked, dried, blackened, pickled, chutneyed, minced and used to create some of the finest festival food this family has had the pleasure of gorging on. 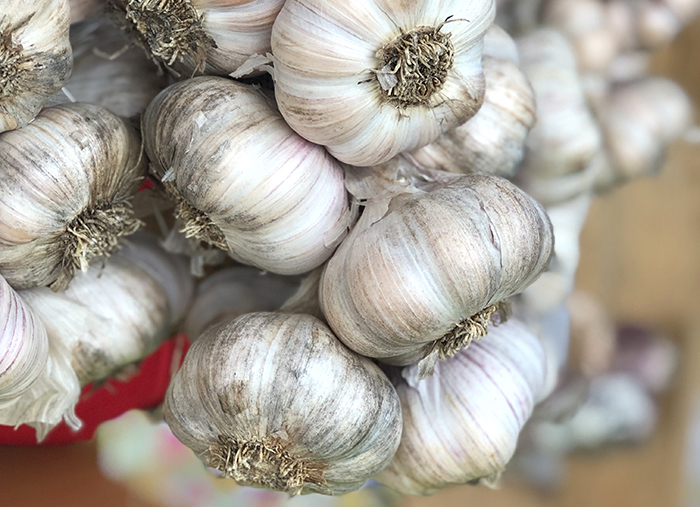 So good, in fact, that we ate pretty much everything that was on offer, some dishes several times over. And though the food was as good, if not better than, the food we’re used to eating at the bigger city food festivals, it was half the price and double the size of the usual stingy festival portions. 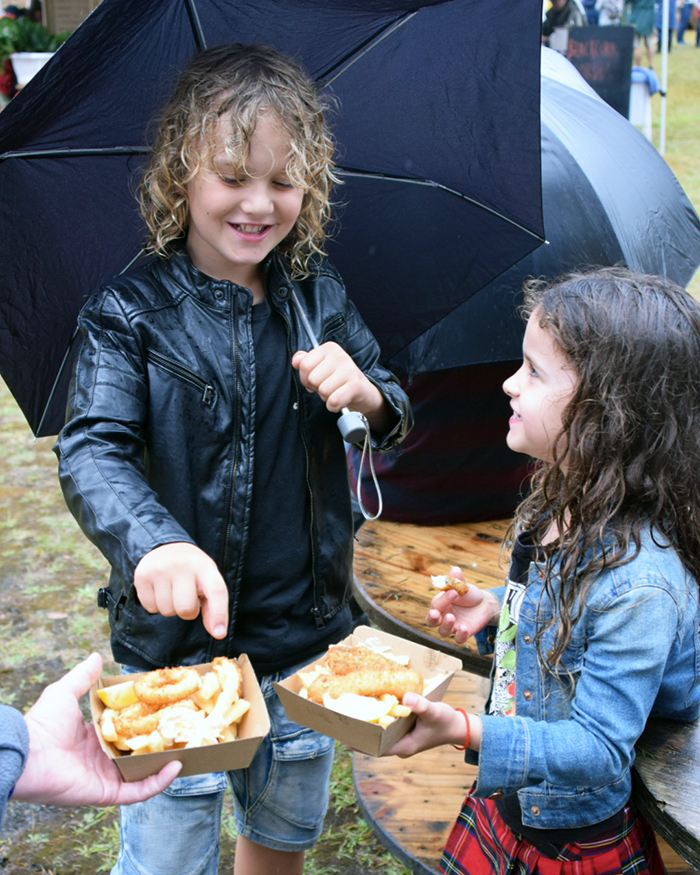 That didn’t stop us for going back for seconds of the garlic infused delicacies, and even thirds of some of our favourite dishes. 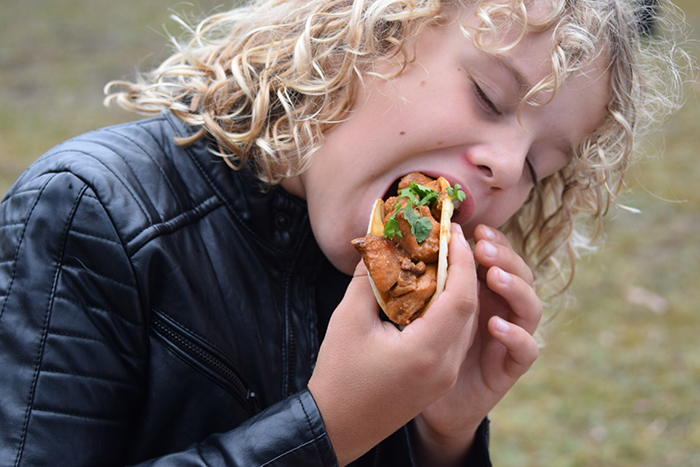 Raffles was particularly taken with a butter chicken served in a naan bread taco while Sugarpuff was in raptures over panko crumbed seafood and chips with a spicy paprika mayonnaise. 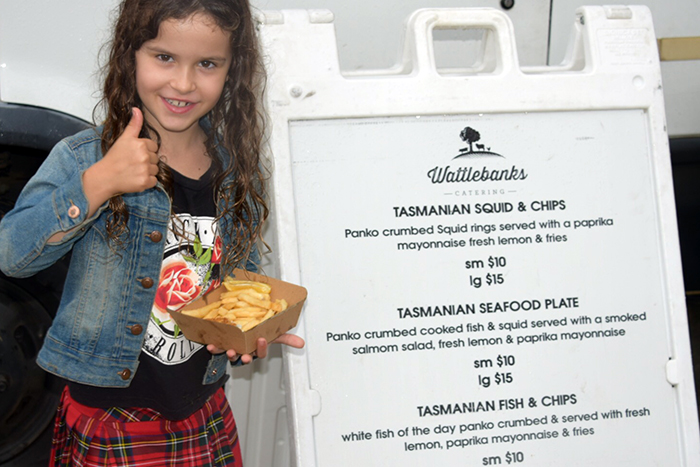 But it was the spicy, crunchy, soft and sticky pork belly bao, served up as part of a platter of Korean street food favourites along with fried chicken and a crispy vegetable Pancake, that really stole our heart. 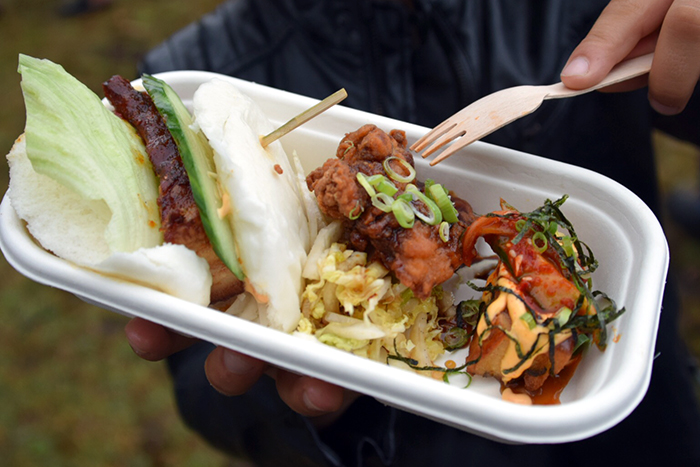 The creation of innovative Chef D C Lim, winner of the 2016 Tasmanian Chef of the Year, the plump slice of twice cooked pork belly from Munchies Street Food was a revelation and we went back for another three of the brilliant bao.

Despite having gorged ourselves to bursting point, we still had room for dessert and there was no shortage of sweet treats either. The garlic-free, berry-packed, ice-creamy goodness of the Berry Delight from Doo-Licious was the perfect book end to an intense few hours of Olympic standard gluttony. 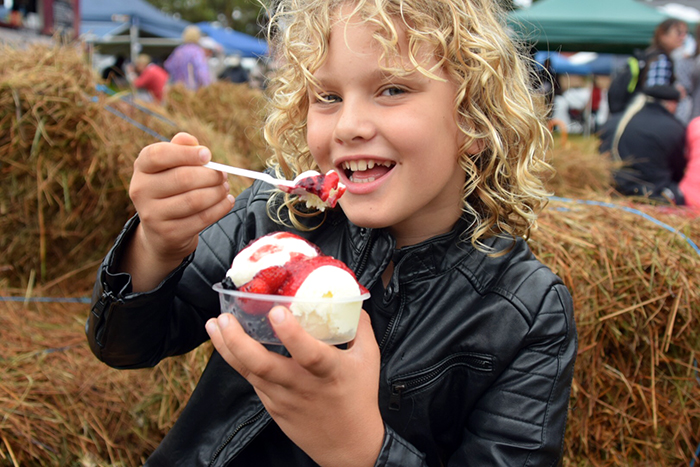 There was more than just food to fuel the family fun. Sugarpuff was happy kicking up  bothering the cows, sheep and chickens in the petting zoo, and getting her hands dirty doing gardening and painting activities in the kids’ tent. 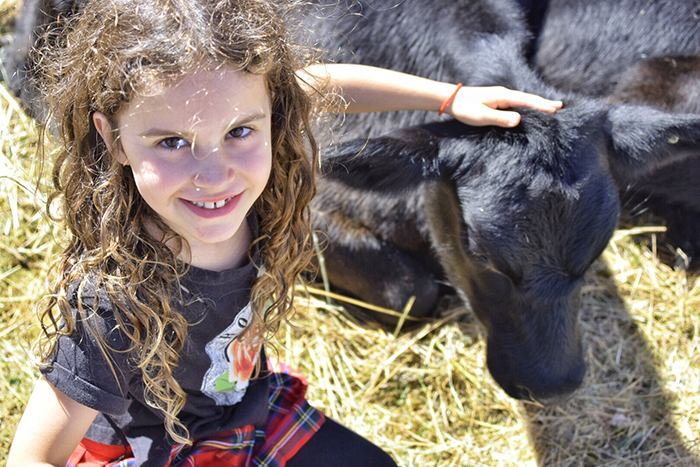 I was enamored with the gin sampling at McHenry Distillery but food obsessed Raffles was more interested in the action going down in the Main Marquee tent. From a cooking masterclass with the incredible Chrisine Manfield to a hilarious cook off between Chef DC Lim and two other Tasmanian celeb chefs, Rod Dann and award-winning Tasmanian chef Paul Foreman, he was as riveted by their banter as he was by the food samples at the end of each presentation. 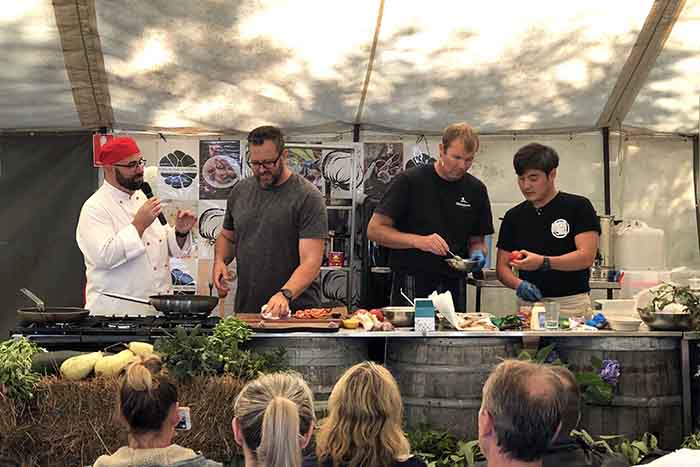 There were also workshops by gardening experts and fascinating talks on the medicinal value of garlic. Then there was the garlic inspired and infused art, as well as garlic-infused honeys, mustards and relishes to taste and buy. 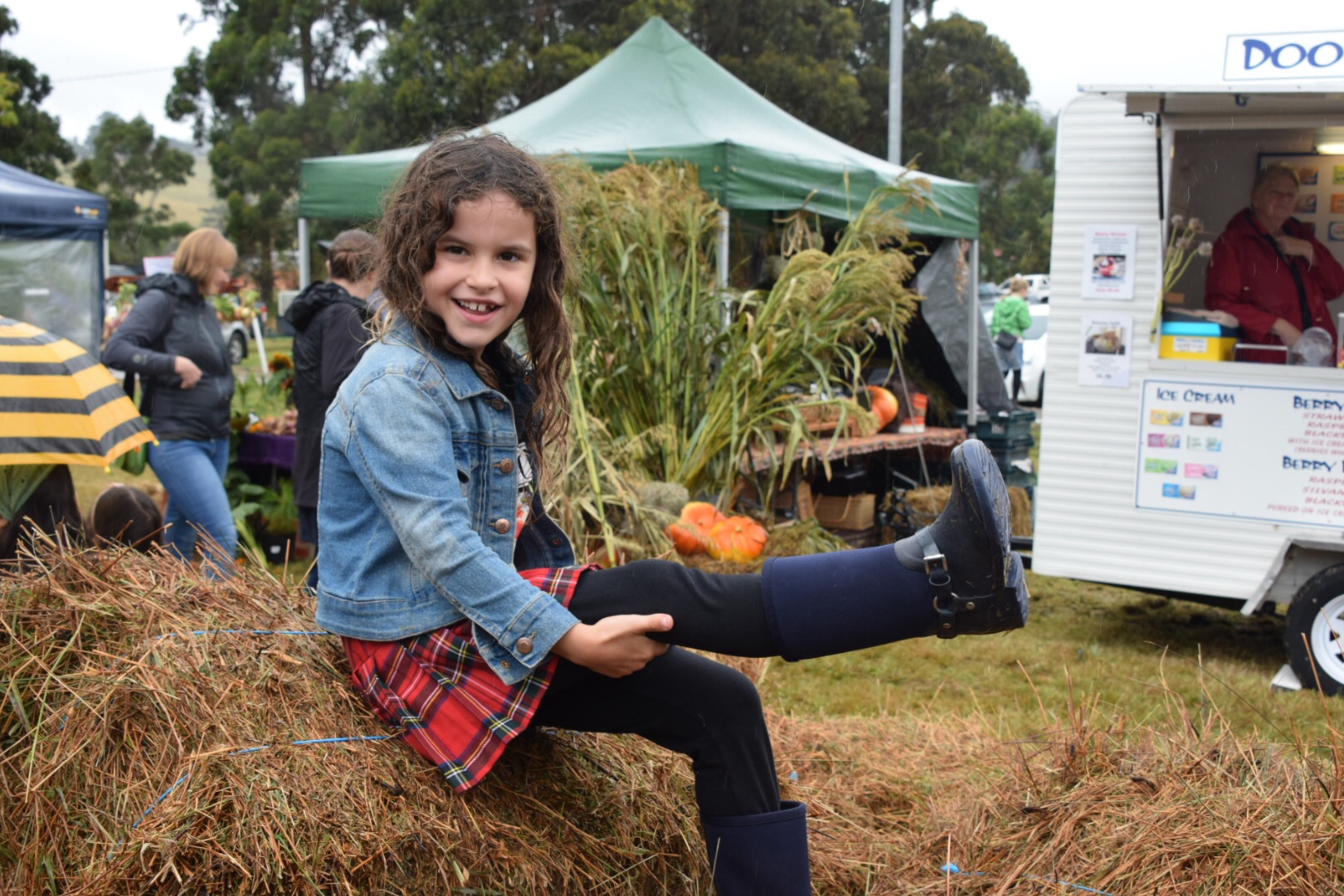 And the music! There was more entertainment than you could poke a stick at. Not that there would be any need to actually poke sticks at these performers, because they were all really good. 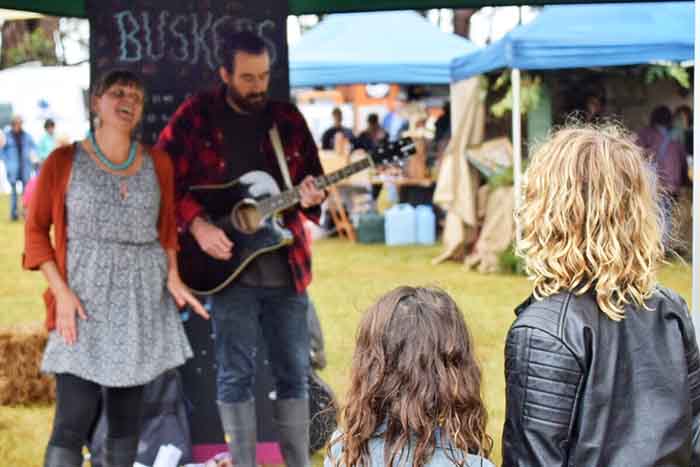 And because I wanted to keep garlic love going after our visit, a copy of festival inspired cookbook, Garlic Feast, which was named Australian book of the year in the Gourmand World Cookbook Awards, may just have followed me home.

A wonderful introduction to the food and produce of the Tasman Peninsula, and its lovely residents, you can guarantee we’ll be returning to Koonya next year for more garlicky goodness.

Disclosure: The Eats Worlds were guests of the Koonya Garlic Festival, but as always, all opinions, gorging and gushing over garlic, are our own.