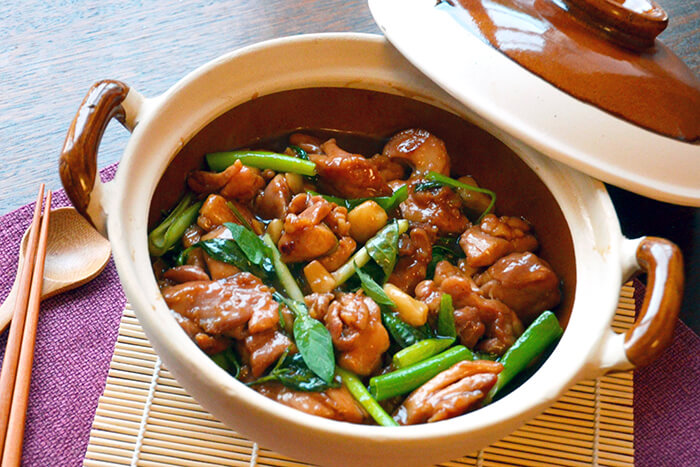 Taiwan may be tiny but its culinary appeal is anything but. The country is arguably Asia’s best-kept travel secret, a clean, green island that’s blessed with tantalising scenery, a culture that is part ancient, part high-tech, and food scene that blew my mind. From fine dining to dumplings and my fave homely treat, Taiwanese Three Cup Chicken, there’s not a bad feed to be found… well, maybe Stinky Tofu, that stuff even beat me.

Taiwan’s Indigenous tribes occupied the island for thousands of years until the 17th century when the Han Chinese began arriving. The island has since been colonised by the Dutch, Spanish and Japanese, until 1945, when the ocuntry was placed under the control of the Republic of China.  This revolving door of colonisation and immigration has resulted in a deliciously diverse cuisine that offers diners everything from Michelin-starred fine dining and innovative indigenous restaurants to atmospheric street markets and everything in between.

But for me, Taiwanese Three Cup Chicken was one of the stand out dishes on my glutinous pilgrimage. Not because it was better than the others (which were all rave worthy) but because this sticky, sweet, salty and oh-so-tasty comfort dish is one of the signature dishes of Taiwan, and I knew at first bite that I would be taking it home to my family.

I chatted up the folk in the know and with only the slightest cajoling managed to procure an approximation of the recipe. Did I mention that the Taiwanese are just about the nicest people on the planet? On my return (after picking myself up off the floor of Sydney Airport Arrivals, having been attacked and knocked to the floor by two small lunatics who were as excited to see their mama as she was them) and armed only with a vague hand-me-down recipe and the remnants of my alcohol damaged memory, I gathered the ingredients (fresh herbs, chicken, soy, sugar, ginger, wine and garlic) and whipped up my interpretation of Taiwanese Three Cup Chicken, with a child attached to each leg.

It was such a hit, it’s been on high rotation ever since. 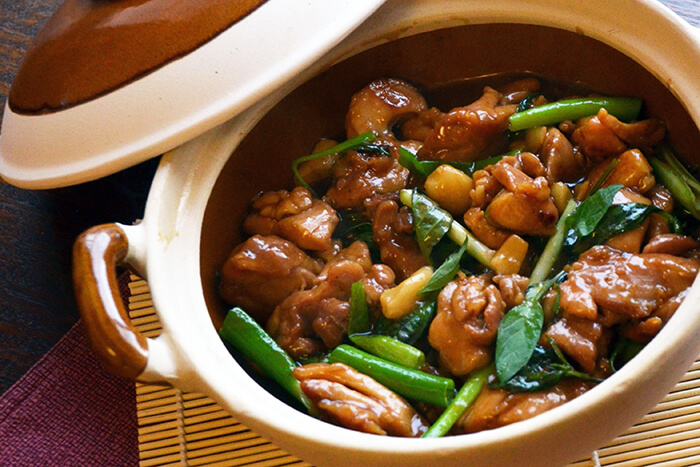