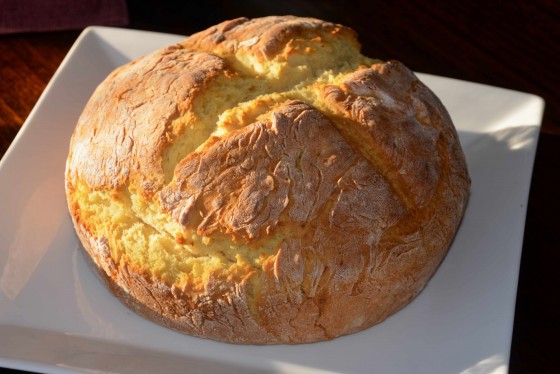 After a quick vox pop of friends and family it would appear that to most, Saint Patrick’s Day conjures only visions of festive street parades, herds of dead-armed dancers bobbing up and down and the consumption of enough green-hued Guinness that imbibers start seeing leprechauns

While I’m sure that Saint Patrick, the patron Saint of Ireland, enjoyed a little craic (fun) as much as the next chap, there is more to the great green day than wearing a “Kiss me, I’m Irish t-shirt”, getting pissed and putting on a bad Irish accent. Not that there’s anything wrong with that.

In fact, St Patrick, whose real name was Maewyn Succat (no surprises why he changed it) wasn’t even Irish. He was born into a privileged British family from whom he was kidnapped as a teenager. Sold into slavery in Ireland he resided there for six years until he escaped and became a priest. It was only after a religious epiphany decades later that he returned to Ireland to convert the Irish to Christianity, allegedly using the shamrock as a metaphor to explain the concept of “God” as the Father, Son and Holy Spirit. Besides metaphorical weeds, one of the things that St Patrick is most famous for is driving the snakes out of Ireland. No mean feat given that he lived around 1500 years ago and cars had yet to be invented.

Regardless of the lack of a vehicle, drive them he did… one even as far as Australia. In what can only be described as an act of madness I married him. The snake, not Saint Patrick. That ill-advised experiment in Celtic/Australian relations proved to be a disaster of biblical proportions and was ended and filed under “R” for “Random acts of stupidity” many years ago. On the bright side it did at least mean I became well acquainted with Ireland, an enchanting place that I visited many times and am extremely fond of. Not only is it a country of great natural beauty and incredible history but it is chock full of delightful people who can’t be held accountable for the dipshittedness of one expatriate son. But I digress. Again.

The seafood is sublime – fat juicy oysters, slabs of meaty salmon and sweet and tender Dublin Bay Prawns (these clawed little crustaceans are on steroids compared to what we’d call a prawn in Australia and are more like our Scampi) – and don’t get me started on the black and white (blood) pudding and even the sausages. Yes, sausages! Yum.

Raffles and I decided this year that we’d join the global celebration of all things Irish with some pre-Saint Patrick’s Day festivities. Given that he is only five, and a tad young to hit the pub for a lesson in drunken racial stereotyping, we chose instead to cook. Though I must confess that a few hard ciders may have been downed (by me) as we hit the kitchen to a rockin’ soundtrack of Thin Lizzy and the Pogues.

Given the lack of fresh seafood in our cupboards we headed more in the sausage direction for our slap-up feast. It’s not glamorous but Dublin Coddle is one of those hearty one-pot wonders that is a cinch to make and, whilst sounding a little stodgy, is full of flavour and as comforting as a warm blanky! 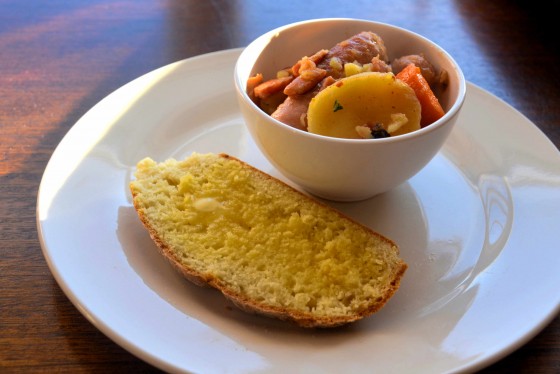 Serve it up with a nice chunk of still warm soda bread (so easy five-year old Raffles made the dough on his own) and you’ve a meal that is fit for a patron Saint. 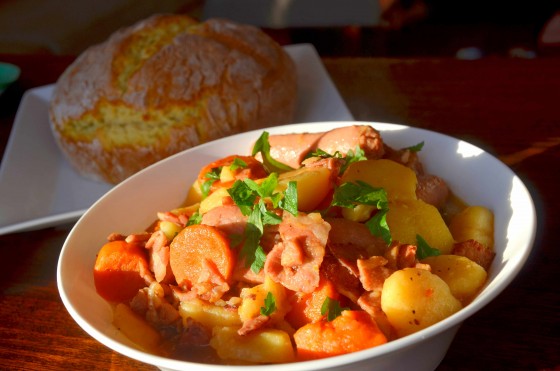 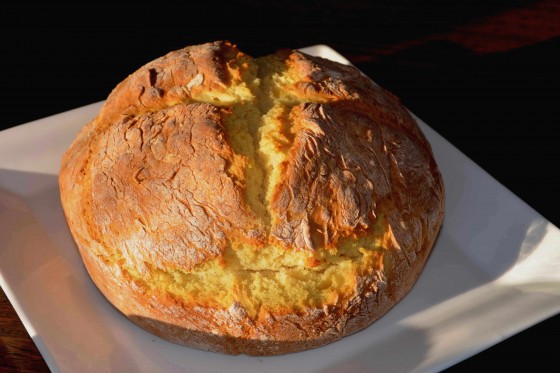