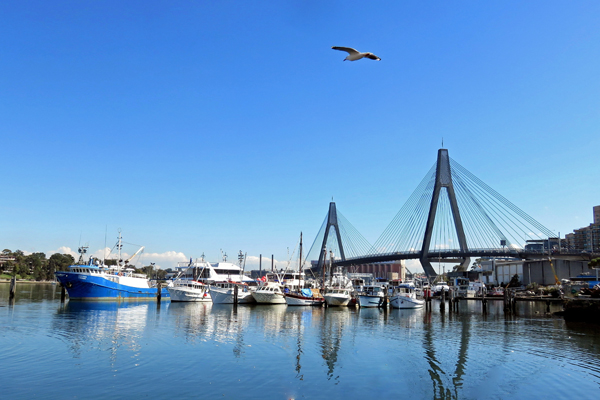 Raffles is still eating his breakfast and he’s already talking about dinner, something that will come as a surprise to no one. Apparently my wee walking stomach “needs” Spaghetti Marinara. At 7am? Sugarpuff too is in a fishy frame of mind on this Monday morning and is also putting in her order, only for fish, chips and pelicans… though I’m fairly certain she doesn’t want the pelican deep fried.

Sugarpuff gets exclusive use of her mama on a Monday and given that the sun is shining, the poisson passion is running high at Casa Eats World, and that I’ve got a Canon Powershot SX700 HS on loan that I’ve been wanting to road test, methinks a mother/daughter spree at the Sydney Fish Markets is in order. 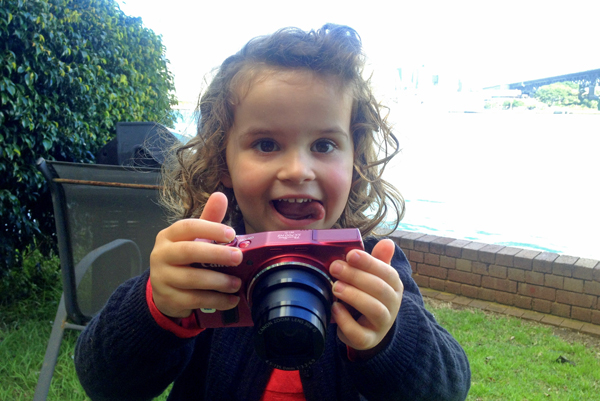 Sugarpuff loves a market and anything battered – given her British paternal parentage we think her DNA may actually be deep fried – and The Sydney Fish Markets delivers on both counts. There are also pelicans to stalk, fishing nets and colourful fishing boats to explore and fisherman to pester. There’s even a “pirate”, or at the very least a very hairy fisherman who humours her with a few “arghs” and “yohohos”. 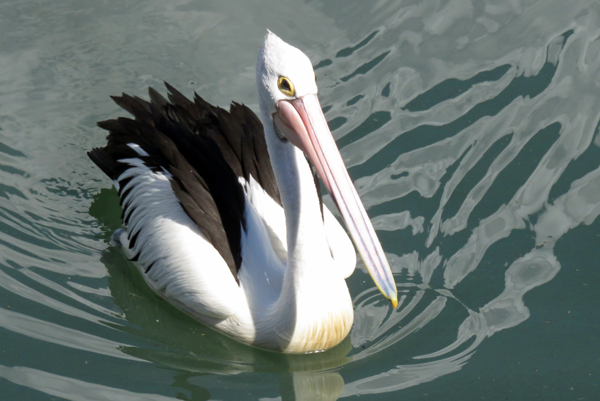 We also find piles of choc coated mango on a stick that are simply begging to be eaten before we do any serious shopping. 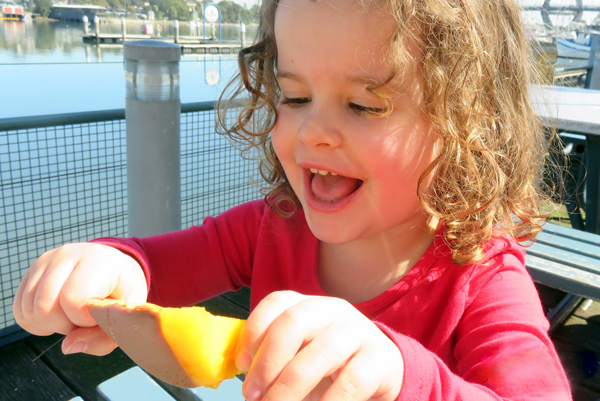 We peruse the aisles of fresh seafood, marvelling at the bright colours and weird and wonderful things on display, Sugarpuff directing me on what I’m allowed to photograph and what I’m not. Sorry prawns you’re out of favour today. The artificial light in the markets proves no problem for the camera, which incidentally is compact enough that I can pop it on my pocket between shots. 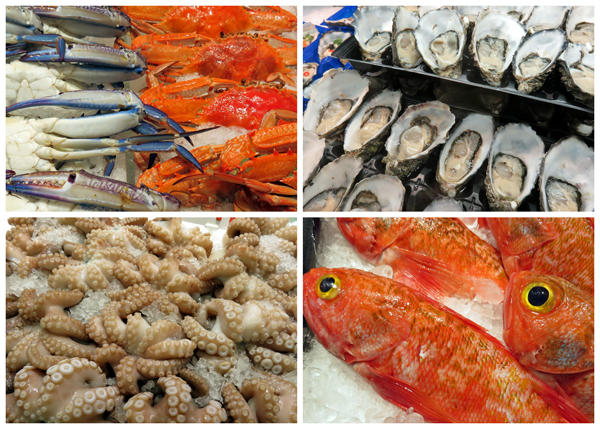 Sugarpuff chats up an oyster shucker, while I test the 30x zoom lens which can achieve a wide-angle focal length equivalent to a 25mm lens and a telephoto reach of 750mm. I order some prawns and crabs and she waxes philosophic with a tank full of lobsters while I stock up on fish for dinner. Shopping out  of the way, we grab a bag of fish and chips and head outside to enjoy the sun while we scoff our bounty of deep-fried goodies. 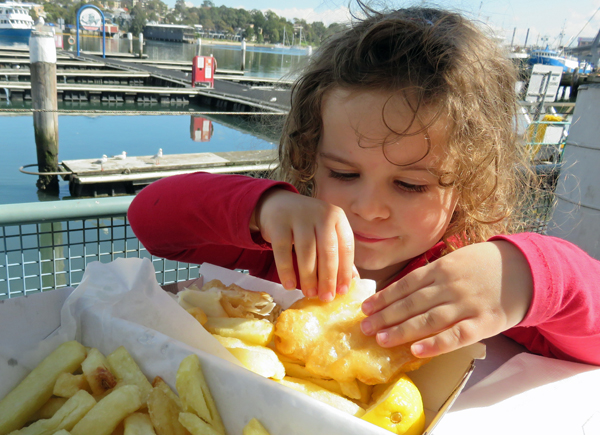 It is here that my baby girl learns an important life lesson. 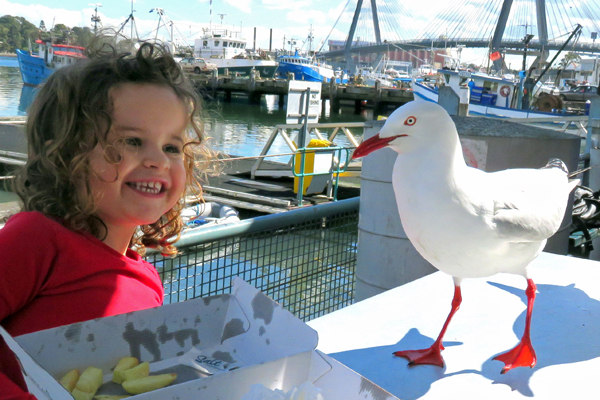 Never turn your back on a chip. 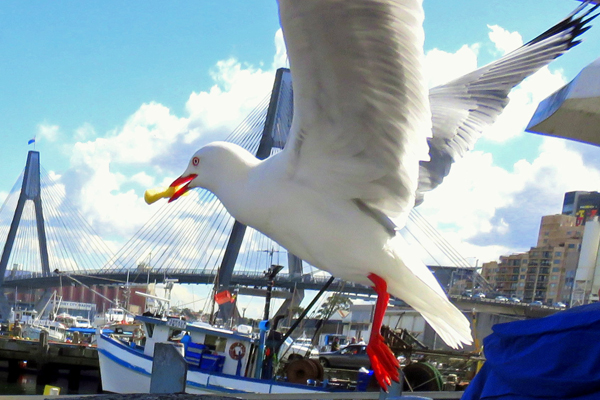 And I learn that the Canon shoots fast when under seagull siege. I even manage to capture a close up of the pilfering sea pigeon who stole Sugarpuff’s chip, something that is sure to prove handy when we send the boys around later to sort him out.

We snap away on the wharf, my petite poseur hamming it up for the camera, the daylight photo and video quality also proving impressive for a compact digital. 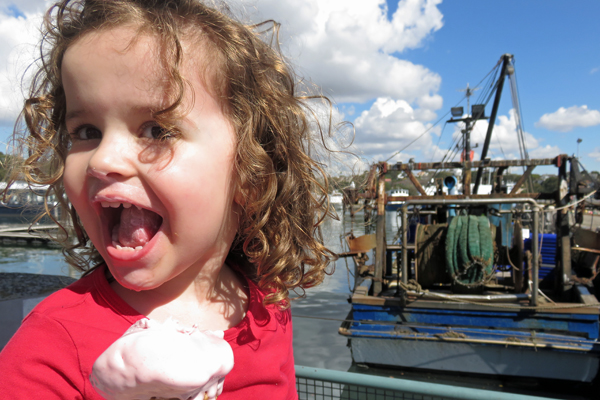 We also discover that, unlike chips, ice-creams are seagull proof and she taunts her potato pilfering pals as she gobbles down a cone.

At home, Raffles is thrilled with our haul and elects to help in the kitchen while I prepare dinner. And by help I actually mean attack me with crab claws while I do all the work preparing that Spaghetti Marinara he needed so badly. 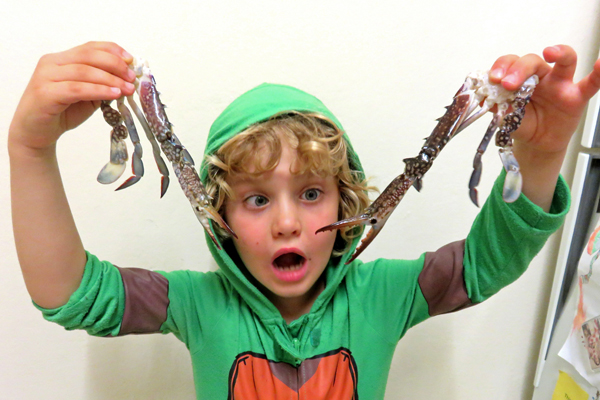 Again the Canon Powershot SX700 HS performs quite well under the hideous fluorescent light of our kitchen though I put it away before it gets attacked by one of Raffles attack claws. 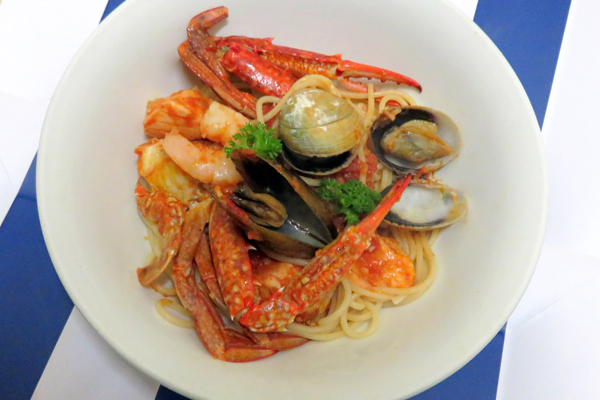 Disclosure: This is not a sponsored post. I received a Canon Powershot SX700 HS to test drive for a few weeks. I’m under no obligation to share but I think it’s a great camera for families looking for a little more than a simple snapshot experience from a compact zoom camera, so I wanted to tell y’all about it.

13 Comments on Sunshine, snapshots and a Spaghetti Marinara Recipe