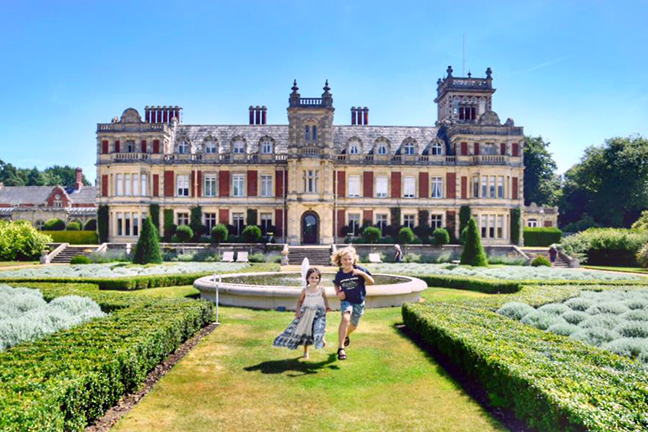 Somerleyton Hall & Gardens is the magnificent home of the rather important sounding 4th Baron Somerleyton and his family.  The palatial estate in Lowestoft, Suffolk is said to be one of the finest in all of England and a visit to Somerleyton Hall with kids offers a peaceful and genteel family experience.

Well, it does if they’re not visiting at the same time as my leaping, prancing and generally peace-shattering offspring. 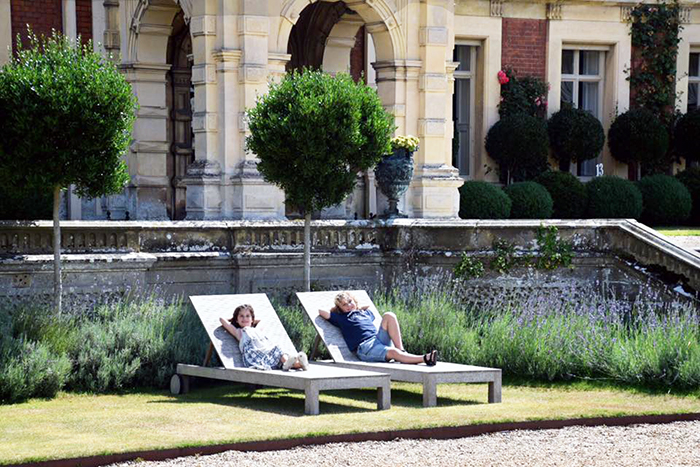 Located on the Norfolk – Suffolk border, Somerleyton Hall & Gardens is part of the Broads National Park and a must see for visiting families, with a play area and immersive children’s trail that Raff and Sugarpuff become totally engrossed in. 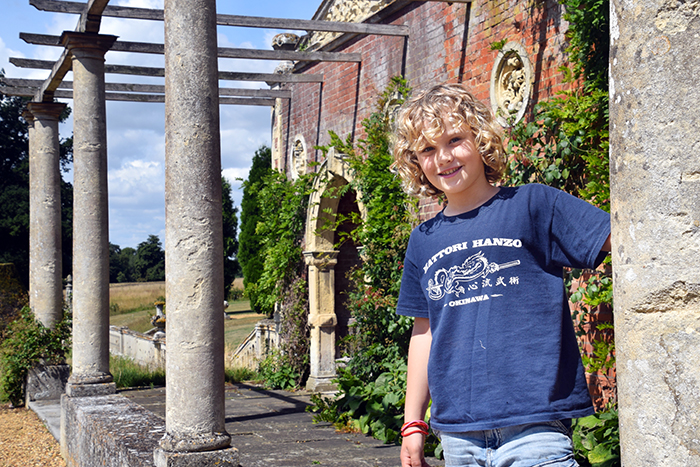 My new BFFs Lord and Lady Somerleyton (OK, so I don’t actually know them, but that’s just a minor detail)  open their home to the public from Easter to the end of September, and it’s a stunner. From the carved oak hallway with its with green-veined marble panels and stained-glass dome ceiling to its deep crimson and white sculpted marble ballroom, their gaff isn’t too shabby. And by not too shabby I mean it’s flash AF.  My favourite room is, of course, is the elaborate library with its eight-metre ceiling and walls of beautiful bookcases filled with pages and pages of wonderful words, which can be read curled up on a squishy sofa in front of an alabaster fireplace. Well. you could if you actually lived here, which sadly, I do not. 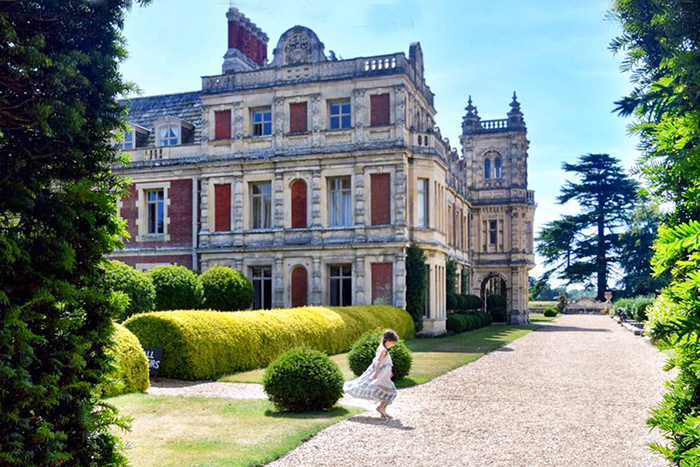 Somerleyton’s sprawling five-hectare garden is a tapestry of rhododendrons, azalias, roses and wisteria, with a manicured central garden filled with sculptural pieces, at its heart. 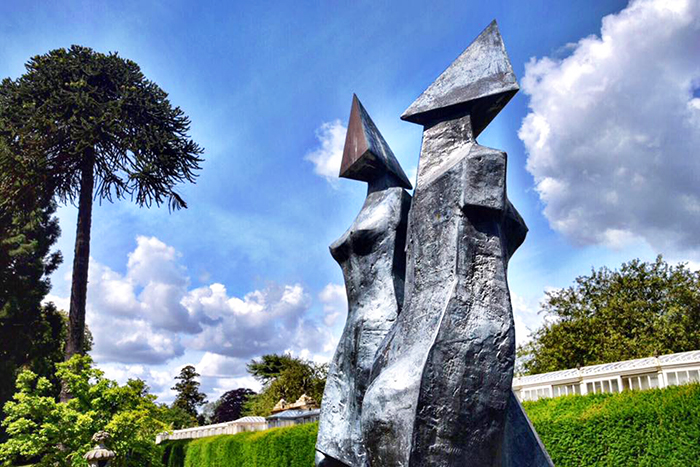 The kids cart wheel and careen through it with joyous abandon, spin through the  enchanting wisteria tunnel and play hide and seek amongst its shrubs. 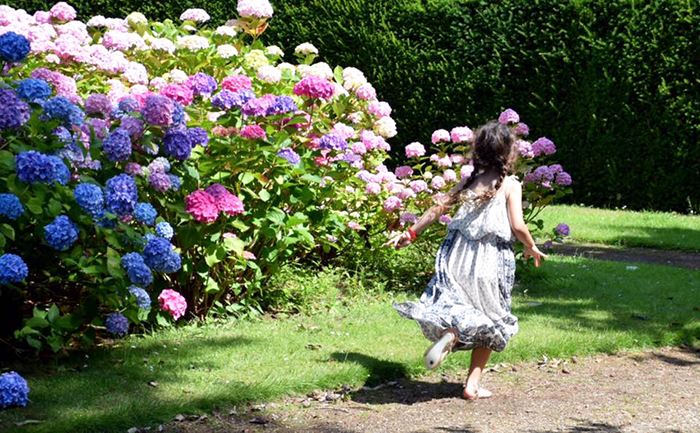 A charming sunken white garden is set within the footprint of a former winter garden, to the north of the hall. 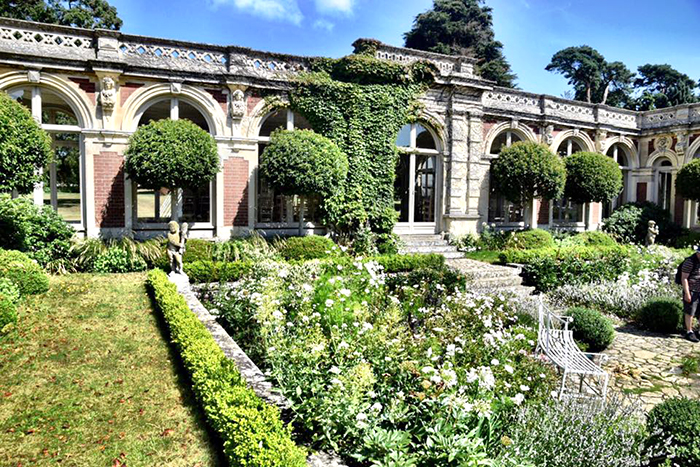 A walled kitchen garden is a confection of ornate iron and glass with a cafe serving up tea and cakes, which the kids devour ravenously.

There’s a yew hedge maze, planted way back in 1846, filled with mysteries and the kids love getting lost in it. Me? I get a little claustrophobic after getting lost in in its living walls for a good 45-minutes. 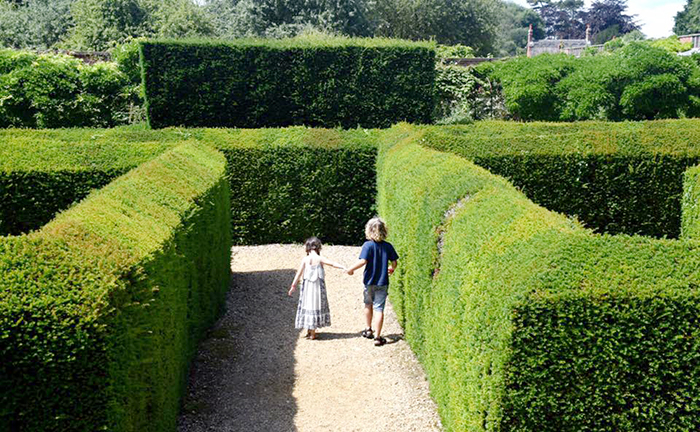 In the greater surrounds of the estate, there are ornate pagodas and ancient oaks that date back to the 17th century, plus a pretty avenue of lime trees dates back to the late 18th century and cattle, ponies and deer roam freely, completing what is a truly enchanting picture. 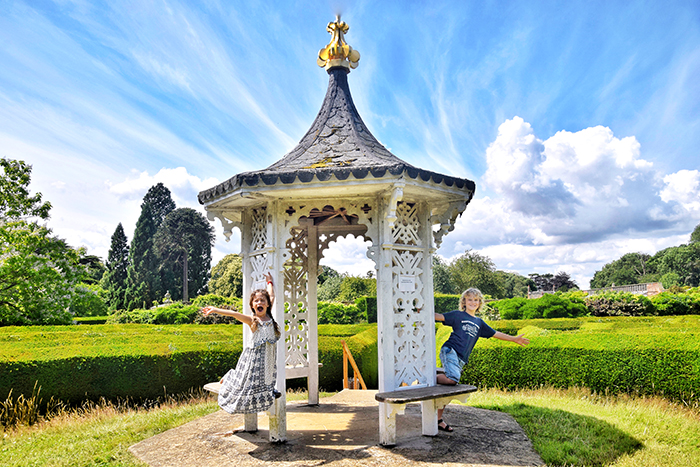 To complete the regal experience of Somerleyton Hall with kids, stay overnight at the Fritton Arms, a 16th-century manor house that’s part of the estate, where Lord and Lady Somerleyton invite commoners to eat, drink and sleep (for a fee). Rooms are gorgeous, and its shabby chic restaurant is an enticing haven of mismatched chairs, squishy sofas, exposed beams and log fires. The menu is almost 100% estate-sourced, featuring pike caught straight from Fritton lake, Somerleyton’s own game and garden-fresh ingredients grown in the hall’s own walled gardens and Victorian glasshouses.