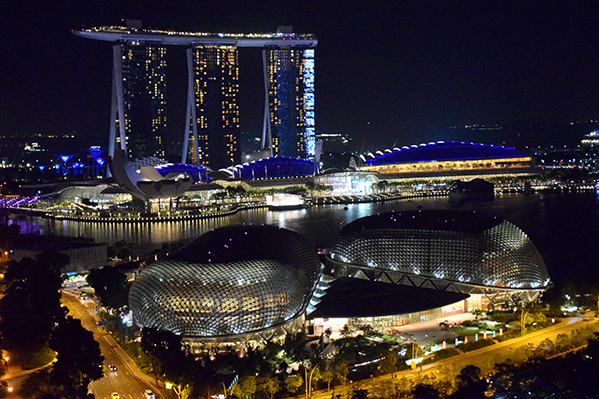 We’ve been to Singapore so many time’s recently, it’s become a bit of a blur. That’s not to say we haven’t loved every dizzying moment, because Singapore has fast become one of our favourite cities. Safe, clean and outrageously green, Singapore is packed full of kid-friendly attractions, iconic architecture, more fantastic food than even Raffles could eat, and bloody awesome hotels, of which we have sampled many.

Without wanting to sound like a princess (which means I am about to sound exactly like a princess), we’ve been so lavishly spoilt with our accommodation in Singapore in the past that we weren’t really expecting to be dazzled during our latest stay at Swissotel The Stamford, despite its fab five-star credentials. But dazzled we are, from the moment we arrive.

We are whisked to our room in the five-star hotel like rock stars (Raffles is a guest star at a conference the following day, but seriously, anyone would think he was Dave Grohl, the way he’s greeted by name and high-fived by the passing staff). But in all honesty, I don’t think the effusive greeting is only for us as I see many other happy visitors to Swissotel The Stamford, with kids receiving an equally warm welcome.

Our room, on the bazillionth floor of the 73-storey tower, provokes unprecedented levels of squealing. Not because it is beautifully appointed and spacious, which it is. Nor because it offers us a killer view over Marina Bay and the city that knocks my socks off. No, it’s because the room is jam-packed full of treats for my two seriously spoiled children.

Along with a hand-written welcome letter addressed directly to Raffles and Sugrapuff, a gesture that always makes them feel very special indeed, there are a couple of plush cows waiting atop their beds. 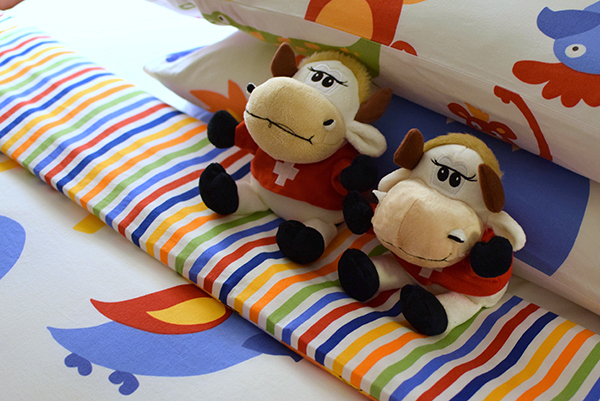 There are moo-infused kiddy toiletries (at least there’s a cow on them) and a pair of rubber ducks making out in the bathroom. 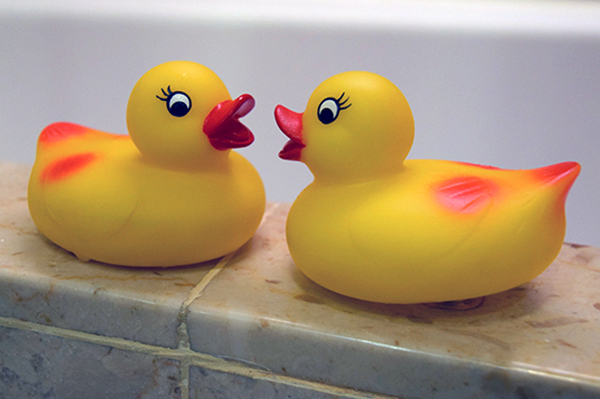 There’s also a massive basket overflowing with crisps, drinks and kinder chocolates, along with another pair of the cute and cuddly cows, which appear to be breeding in our room. 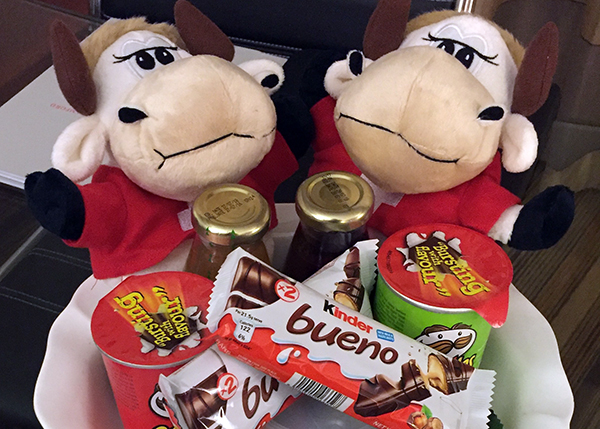 But wait, there’s more. There are kid size bathrobes and slippers, a kid-sized table and chairs with colouring pencils and stencils and a Wii U game console. 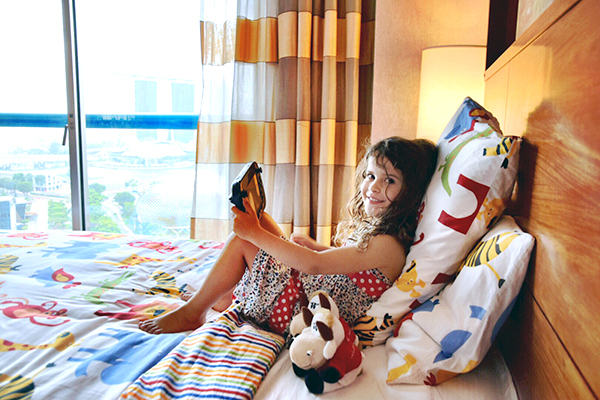 And they’re not the only ones being spoiled as there’s also a platter of glistening chocolate truffles with my name on them. 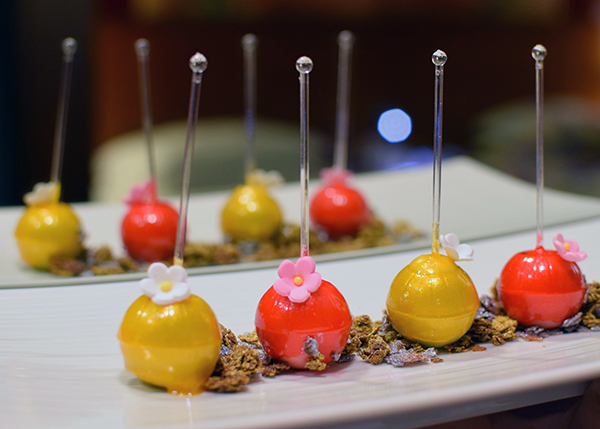 Of course, once the kids spot them, I don’t get a look in, let alone a taste. But I am assured they are delicious.

When they say the hotel is in the heart of the city, they mean it. Seriously, we could practically feel the thing pumping. Plonked on top of City Hall MRT Station, Swisshotel The Stamford is part of the Raffles City complex that also comprises Fairmont Singapore (where we receive an equally effusive welcome) and Raffles City Shopping Centre, and is easy walking distance of hawker markets and some of the city’s best attractions. 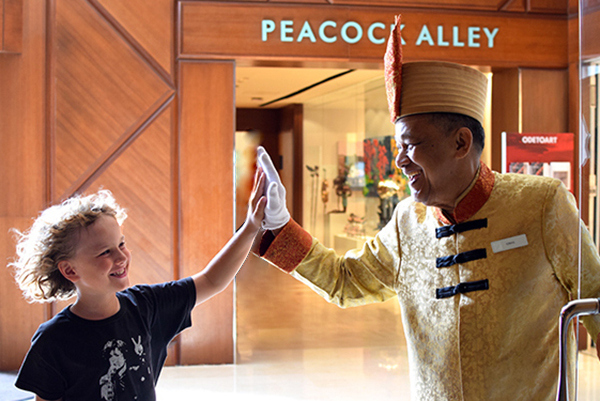 But with a rather lovely Willow Stream Spa, six tennis courts, two swimming pools, and all those in-room treats, where else could we possibly need to be?

At the foosball table in the hotel lobby, of course. 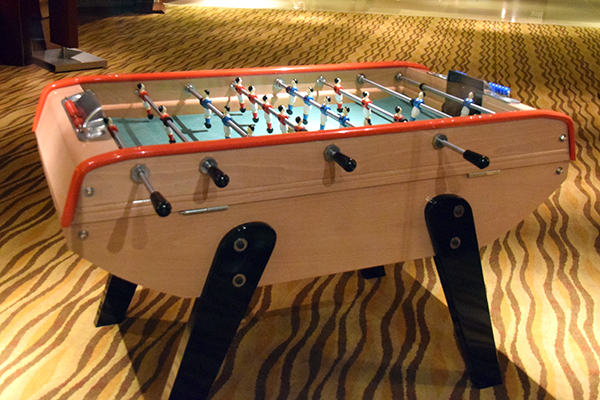 The hotel offers a staggering choice of 15 bars and restaurants, and though I’m keen to try Michelin-starred Jaan, and would love to wrap my lips around one of the award-winning cocktails at the luxurious City Space lounge, I have children. So instead we consider heading to kid-friendly Italian Prego or Teppanyaki at Minkani. But Raffles declares he will die if he doesn’t get a laksa in to his belly immediately, so we instead opt for Kopi Tiam, which specialises in local cuisine and excels at the requisite laksa, meaning Raffles will survive to see another day.

Days which start with even more food at the incredible Café Swiss.

While the name implies there’ll be dairy maids serving up platters of chocolate and cheesy fondue, the breakfast buffet variety is sublime.

We spend the next few mornings working off any superfluous calories exploring the city, visiting the amazing galleries, riding high at Universal Studios Singapore and blasting about Singapore Wake Park, Raffles favourite spot in Singapore. 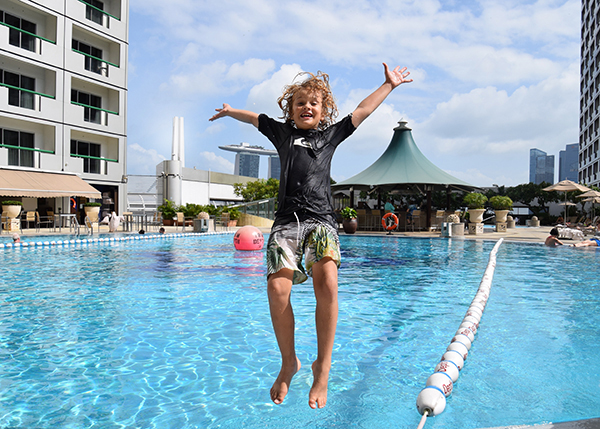 But each afternoon we’re lured back by the lovely Swissotel The Stamford where we splash away the remains of the day in those massive twin pools.

Disclosure: Raffles was a guest of AccorHotels and  Swissotel The Stamford but was hosted as a speaker at their corporate event.  We’re sharing because we were blown away by the service and our entire hotel experience.

3 Comments on Swiss bliss in Singapore: Swissotel the Stamford with Kids